Lenovo has three new budget Yoga notebooks at Mobile World Congress this year. After aiming for the premium crowd with the Yoga 900S at CES last month, the trio of refreshed Yogas today are designed to bring Windows 10 to the more budget conscious. Lenovo is catering for everyone with two 14-inch models, a 15-inch version, and even a new 11-inch Yoga.

The 14-inch Yoga 510 (Flex 4 in the US) promises 50 percent more battery over the previous model, thanks in part to Intel’s latest Skylake processor. That’s up to 8.5 hours in total, according to Lenovo. Just like all Yogas, you can flip it into laptop, stand, tent, and tablet modes, and there will be a variety of models to cater for up to 256GB SSD and up to 8GB of RAM. The 14-inch model (with FHD display) starts at $599, and there’s also a 15-inch version (with FHD display) starting at $699 — both will be available in April. 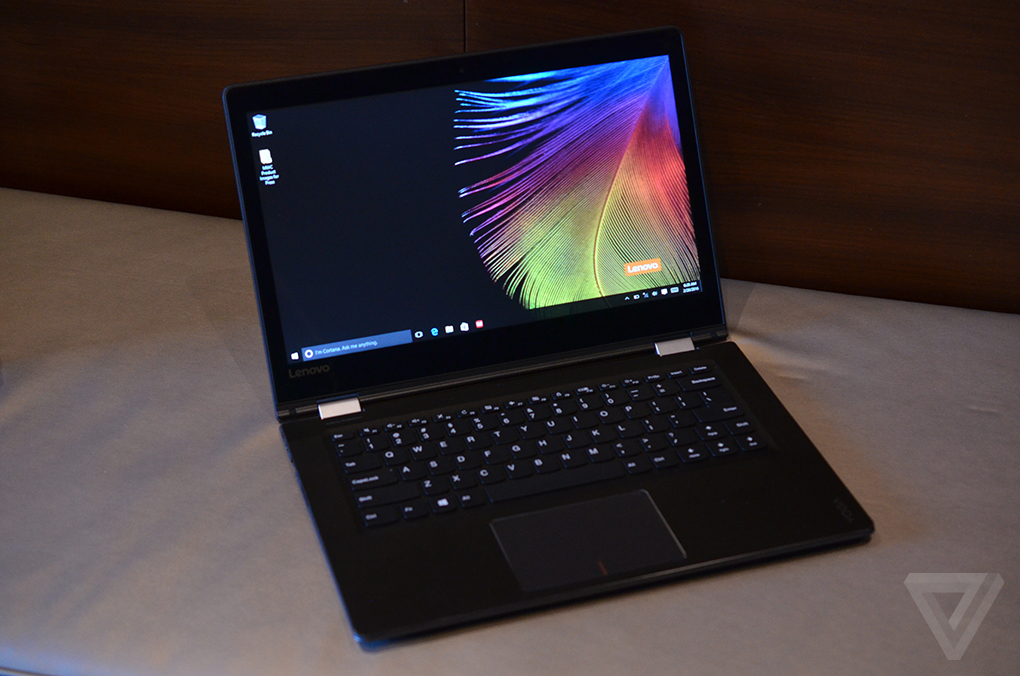 Lenovo has made one minor, but important, change to the 14-inch Yoga 710 by moving its Wi-Fi antenna hinge. That makes the hinge slightly larger (not noticeably), but it’s designed to improve Wi-Fi signal when you’re using it as a tablet or in the various modes available so your hands don’t block the signal. If you’re interested in some additional graphics power then you can also opt for Nvidia’s GeForce 940MX in the Yoga 710. The 14-inch Yoga 710 will be priced starting at $799 and available in May. 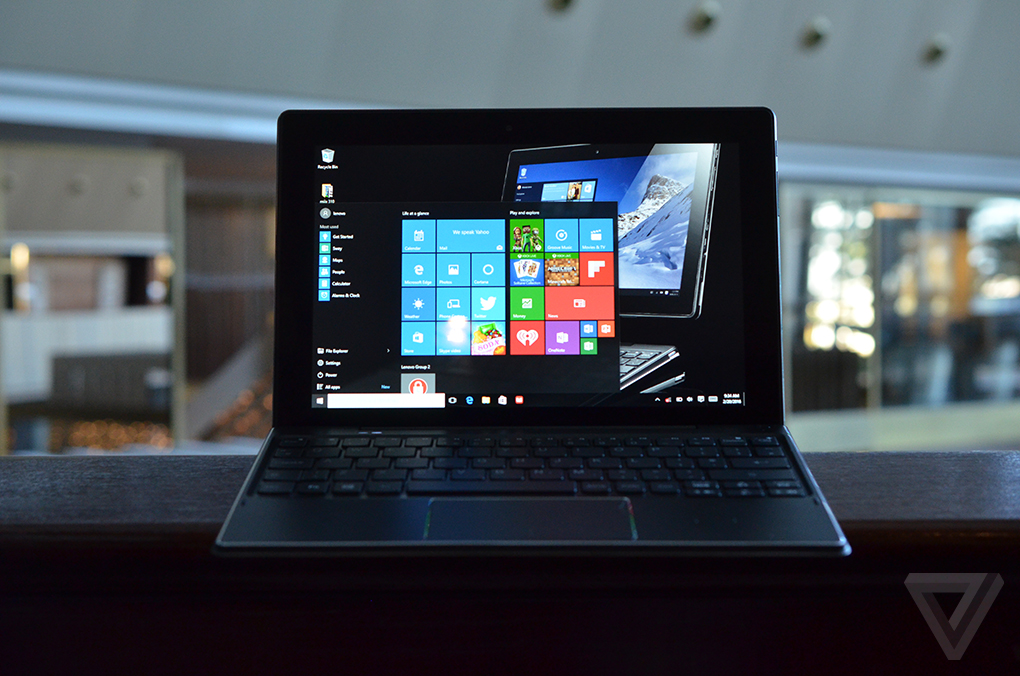 Lenovo also has a new Windows 10 tablet this year. The ideapad MIIX 310 is a 10.1-inch tablet (with FHD display) powered by Intel’s latest Atom X5 processor. Like many Windows tablets, it’s has a detachable keyboard and adjustable hinge. Lenovo has opted for magnets to remove and attach the keyboard, and there’s no annoying switch to detach and remove the keyboard. I pulled the keyboard and tablet apart, despite feeling like I’d break it during my limited time with the device, but it didn’t feel as awkward as some Windows-powered tablet and keyboard combos I’ve used before.

The most interesting part of the ideapad MIIX 310 tablet is the price. At just $229 (available in June) with the keyboard, that’s seriously impressive if you’re looking for a really affordable Windows 10 tablet. Lenovo is even planning to release a model with LTE, but no pricing has been set yet.

Alongside the refreshed Yogas and Windows convertible, Lenovo is also announcing a trio of Android tablets. While it’s not clear where the tablet market is heading, Lenovo is focusing on specific devices for specific needs. Lenovo’s new 7-inch and 8-inch Tab3 tablets are designed for families with multiple users. Lenovo has built its own kid’s mode that includes settings for less blue light (like Flux) and the ability to lock down apps, monitor activity, and restrict kids to certain times for tablet usage. Both tablets are also splash proof, so if a kid decides to spill juice all over one then it will probably survive. The 8-inch model will be available in June for $99 or $149 with LTE. Lenovo’s 7-inch Tab3 will also be available in June priced at $129 with LTE. 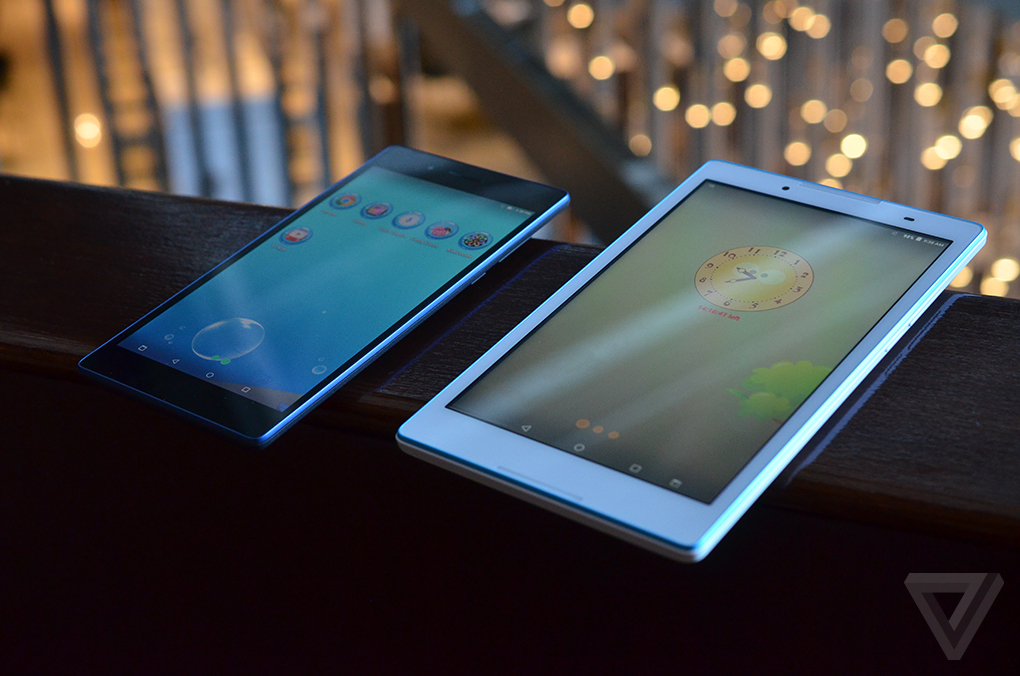 The third and final Android-powered tablet is designed for businesses. Lenovo claims businesses have been asking for a tablet powered by Android for work. The Tab3 10 combines a 10.1-inch FHD display with 2GB of RAM and 32GB of storage. IT admins will be able to configure Android apps remotely, and Lenovo is releasing the Tab3 10 in June pried at $199 or $249 with LTE