That HTC A16 you might have heard of turns out not to have been a successor to the HTC One A9, but rather the codename for a pair of new lower-tier smartphones from the company. It denotes the shared industrial design of the new HTC Desire 530 and Desire 630 devices, both running Android Marshmallow on a set of low-end components and encasing it in a fun, prettily designed exterior. They make their debut here at Mobile World Congress alongside a larger and more powerful Desire 825, rounding out a refresh of HTC's more affordable range.

HTC has staked its reputation on being a design leader, and its new Desires aim to extend that heritage with a striking visual look. That's a tough task to achieve — especially at this year's MWC, which is enjoying an abundance of beautifully designed handsets — but HTC does have a unique tweak to offer. The Taiwanese company has developed a process it calls Micro Splash, which does the mass-production equivalent of spattering paint from a brush onto the back of the phone. That makes each individual handset unique, and, notes HTC, combines really neatly with the Sense interface themes to create a truly personalized look. The Micro Splash design is available in a variety of colors across the Desire 530 and 630 (which differ only in specs) and the bigger 825. 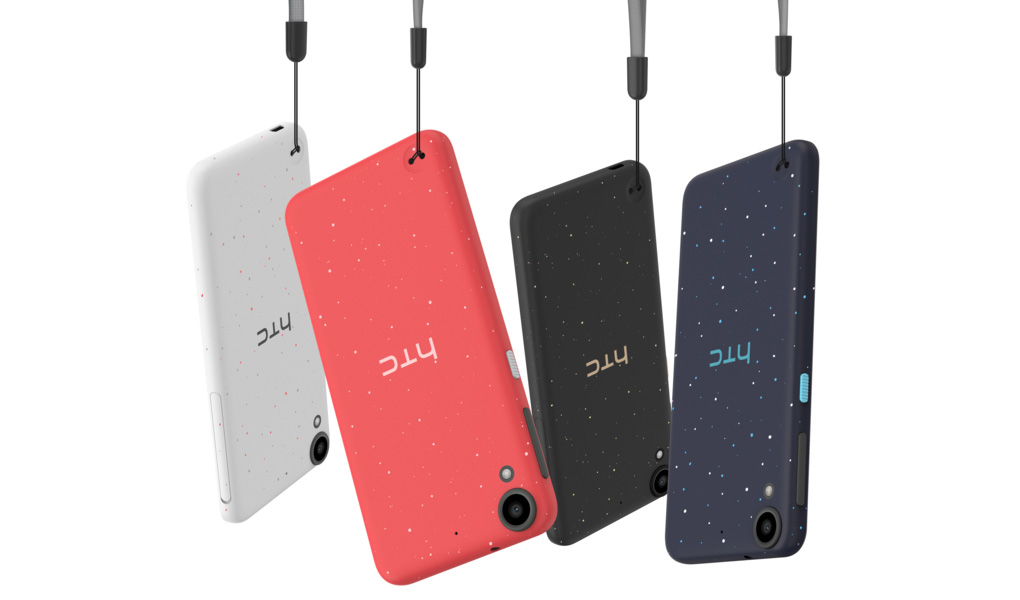 I was initially a fan of the concept, and did indeed find the leaked images appealing, however in person none of these Desires are particularly impressive. The paint spatter just gets kind of lost on the main color of the phone and tends to look so fine as to appear more like dirt than a design flourish. But the bigger problem, for me at least, is in how lowly the specs are. The Desire 530 runs Qualcomm's 1.1GHz Snapdragon 210 processor with just 1.5GB of RAM, and I can immediately tell I'm not grappling with a modern Android smartphone. The Desire 630 raises those numbers up to a 1.6GHz Snapdragon 400 with 2GB of RAM, but it's still not an experience I'd recommend.

The pair of lower-end Desires both measure in at 5 inches and offer a 720p screen resolution on a Super LCD panel. The Desire 825 matches the resolution and screen technology, but stretches out to a 5.5-inch size. All three handsets come with 16GB of expandable storage and LTE connectivity, with the two more expensive ones also including HTC BoomSound and a new Hi-Res audio headset. They also have a 13-megapixel camera and dual-SIM options, whereas the Desire 530 makes do with an 8-megapixel shooter.

In an altogether different world, where Chinese companies like Oppo, Huawei, and Xiaomi weren't churning out $100 smartphones with flagship specs and capabilities, HTC's new Desire range could be thought to represent a reasonable set of compromises. But as things stand, HTC is trying to sell its latest entry-level phones with a new lanyard attachment and a small splash of color. It just doesn't feel like anywhere near enough.