The most powerful Ubuntu phone is still not good enough

The Meizu Pro 5 has the Galaxy S6's processor, but not its performance

If there's one thing tech enthusiasts love more than an underdog, it's an underdog with high specs. The Meizu Pro 5 Ubuntu Edition is just such a device. It's powered by the same 14nm Samsung Exynos processor as the flagship Galaxy S6. It has a 21-megapixel camera with laser-assisted phase-detect autofocus and a Hi-Fi audio chip from ESS. Clad in an aluminum unibody shell and sporting an AMOLED display, it's as modern and good looking as any smartphone out here at Mobile World Congress. But it runs Ubuntu, and that makes it too much of an underdog.

With the two Goliaths of Android and the iPhone dominating the mobile landscape, most attempts at offering an alternative operating system have understandably petered out. Firefox gave up on Firefox OS, BlackBerry switched to Android, and Microsoft is pouring more resources into developing its Android and iOS apps than the next Lumia. It's a dire hellscape. And into this barren wasteland strides Ubuntu, a well regarded and widely used Linux variant that nevertheless has no mobile credentials to speak of. When Canonical, the company behind Ubuntu, tried to crowdfund a smartphone of its own in 2013, it missed its goal by a wide margin of $19 million. Since then, it's pivoted to working with partner manufacturers who reissue their Android smartphones as Ubuntu Editions. The Meizu Pro 5 is the fifth such handset launched in the past year and it's easily the highest-specced one of the bunch. It's flagship-tier hardware. 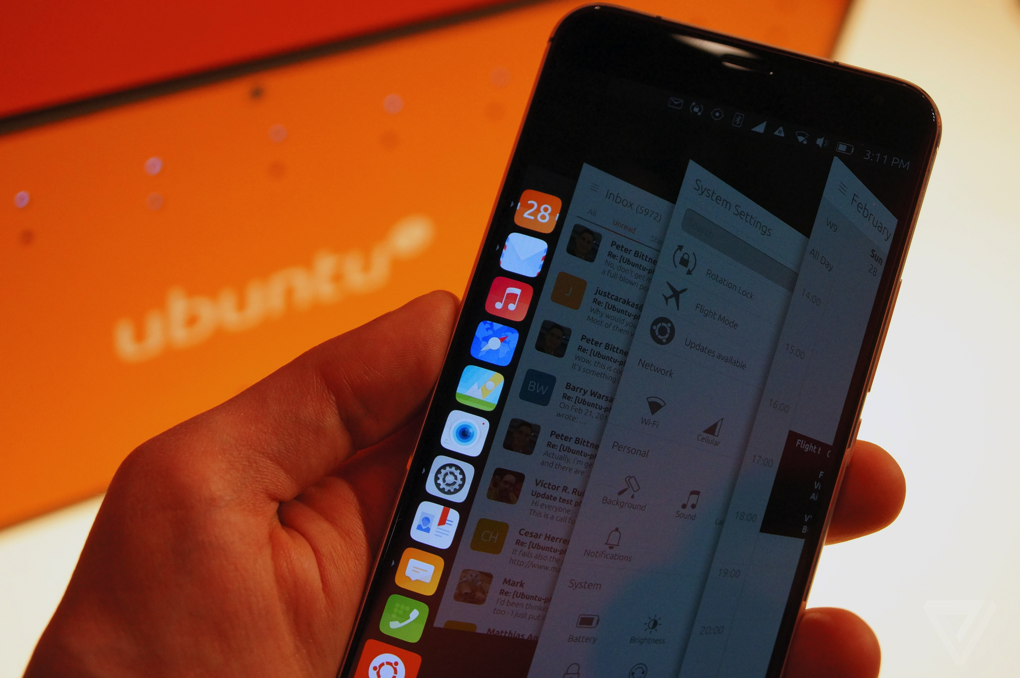 Instead of apps, Ubuntu gives you Scopes

Unfortunately, the mobile Ubuntu is simply not flagship-tier software. Other than the essential basics like a web browser, email client, Here maps, and a few messaging clients like Telegram, Ubuntu has almost no app ecosystem. It's not attempting to create one, either, as its big point of distinction from Android and iOS is that it has so-called Scopes that collate information and content from online services into customizable streams. Instead of a Soundcloud app, you just get Soundcloud content pumped into your Music Scope. This has always been an intriguing concept, but I've never seen it executed well, and the Meizu Pro 5 doesn't do anything to alter that situation.

Despite its mighty hardware spec, the Pro 5 Ubuntu Edition is frustratingly slow. Canonical points out that it's not finished software yet, but at the same time it's advertising the phone as ready to preorder (which is actually just a sign-up page on Meizu's website that will alert people when the Pro 5 is available to buy in March). I want to believe that Canonical can optimize everything and bring the user experience up to the high standard of responsiveness set by Android and iOS, but I can't see how that can be done in the space of a couple of weeks. The Pro 5 is slow to respond to taps and doesn't register every input reliably. This disappoints me because I've been waiting a long time to finally see the promise of Ubuntu's unique mobile interface executed on a top-tier smartphone.

A different approach is welcome, but it needs the speed of Android and iOS

The Meizu Pro 5 itself is a laudable handset. It comes equipped with a 5.7-inch AMOLED screen with 1080p resolution and is very close in size and shape to Apple's iPhone 6S Plus. That similarity extends to the 2.5D glass up front, which gently slopes off at the edge before meeting the aluminum sides. I can't fault the Pro 5's design and build quality, and I like that it's sporting the new USB-C connector at the bottom. If only the Ubuntu software on board could also match iOS for speed and fluidity, I'd be recommending this as a refreshing change from the monotony of Android domination here at MWC. If only.

The Meizu Pro 5 Ubuntu Edition will be on sale in March with 32GB of storage and 3GB of RAM for a price of $369.99. Buyers will be able to grab one from the JD online store, which will provide global shipping.

More from this stream Ubuntu Touch: a Linux OS breaks onto smartphones and tablets