Share All sharing options for: Samsung's new flagship NYC building isn't a retail store at all

Samsung is today opening the doors at its long-in-the-works "technology playground and cultural destination," Samsung 837. Located in New York City's Meatpacking district (and named after its address on Washington Street), 837 isn't a retail store as we've come to expect them from Apple, Microsoft, and other tech companies. You can't purchase a single Samsung product anywhere inside the 55,000-foot space; the only place you'll be spending money is at the cafe, which is curated by Brooklyn’s Smorgasburg. Samsung says that consumers already have preferred go-tos for buying tech, whether it's Amazon, Best Buy, or local NYC megashops like B&H. Who needs another store?

So if it's not a retail spot, what is it? Samsung describes 837 as the "physical manifestation" of the company's brand, and the result is as extravagant, lavish, and showy as you might expect. At the heart of the three-story building is a massive theater screen that combines 96 55-inch displays. Samsung says it'll hold a wide variety of special events here, like live streams of product announcements and a viewing party for the Oscars this Sunday. And even when the company is putting on events elsewhere (i.e. SXSW), 837 will be wired into all that’s going on with Samsung. Up to 75 people can be seated in the theater, and there's a "selfie station" where visitors can have their face beamed onto the huge screen for a few moments — enough time to Instagram it, anyway. 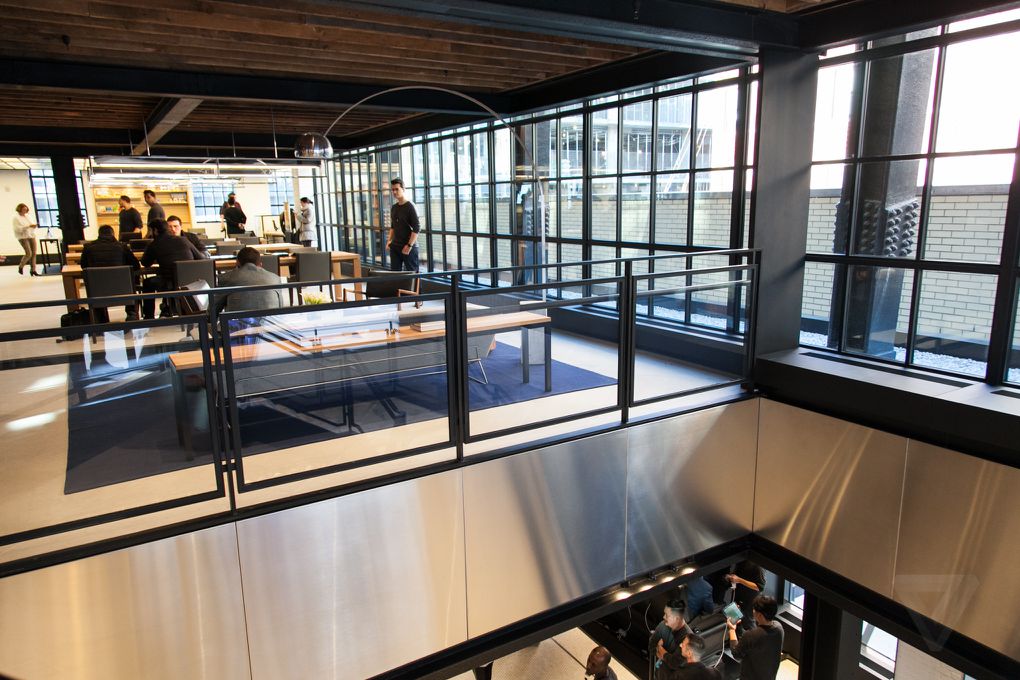 Next to the theater is 837's gallery, where Samsung plans to host (and regularly change out) commissioned, technology-based art installations. The first one is "Social Galaxy," which showcases your Instagram feed on a room full of Samsung displays big and small — and speaks random words from photo descriptions aloud. It's significantly cooler than it sounds; there are mirrors everywhere, and the experience is almost disorienting when you're in the middle of it. Moving on, you come to the VR Tunnel, which is designed as an engrossing demonstration of everything Samsung's Gear VR headset can do. There are even some "4D" chairs that move around depending on what you're seeing in virtual reality — think roller coaster rides and that sort of thing.

The VR Tunnel and other areas of 837, like the Living Room and Kitchen, really drive home that Samsung's fancy new space is as much about marketing as it is culture — probably more so. The crazy refrigerator we saw at CES is here, as are Samsung's latest SUHD TVs and various SmartThings IoT demos. And yes, you can also play with both the Galaxy S7 and S7 Edge before they're released next month. Speaking of which, some of the live events will be open exclusively to Galaxy owners; your phone is your ticket in. 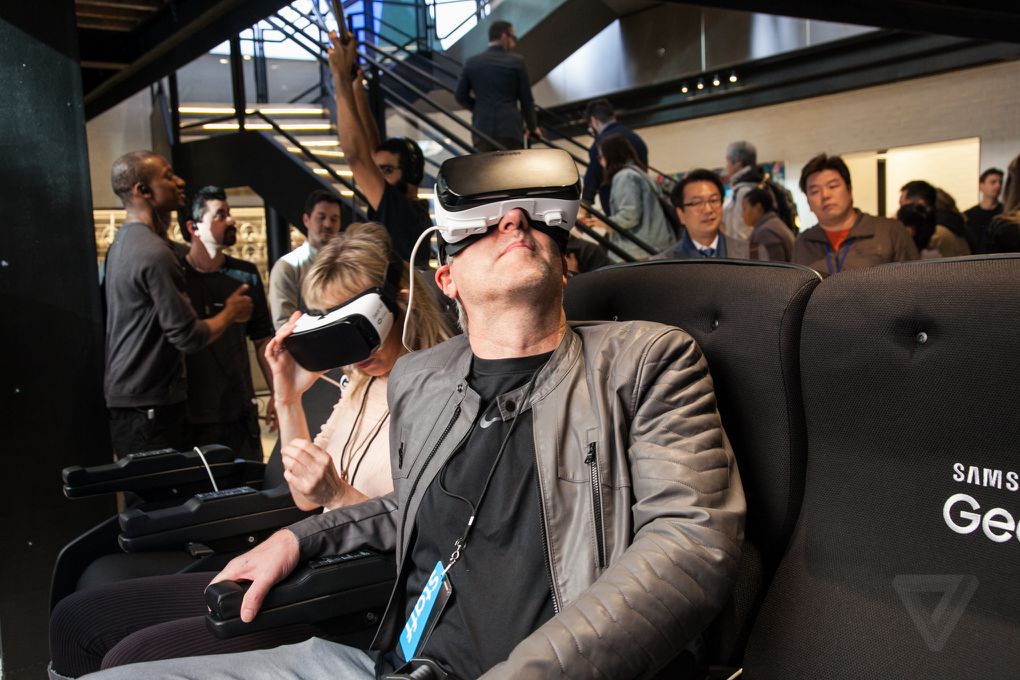 Existing customers can also come to 837 for troubleshooting and customer support; this is where Samsung comes closest to resembling an Apple Store, as the whole vibe is very Genius Bar. They'll handle cracked screens, software issues, battery problems, and whatever else you might be contending with.

What else? There’s a Playroom featuring the Galaxy View and other family-focused gadgets; you can get a custom-etched case for your Samsung phone here, as well. And there’s a studio (in a see-through cube structure) that Samsung says will focus on radio, DJ, and podcast activities. Samsung is making a big deal about 837’s role in the local Manhattan community; the company partnered with Rag & Bone to design employee clothing, Smorgasburg for the cafe, and Black Egg — a New York-based design studio — is behind the first installation at 837’s gallery. There’s more to come on that front, as well.

After my first visit, though, I’m not sure 837 is a spot I’d regularly return to. Visit it once for the experience or to gawk at that giant screen, sure. But at least on day one, it feels like 80 percent "look at all this great Samsung stuff" and 20 percent art and culture. Playing with the S7 was cool, as was seeing the fridge of the future up close. And since Samsung isn't selling its gadgets here, you're not pestered by sales staff; the concierge employees are helpful guides when you need them, but are happy to let you tour 837 on your own.

Still, aside from the gallery, the whole culture side felt a bit lacking. This is a building that Samsung plans to maintain and refresh for years, so perhaps eventually this so-called "experiential playground" will start to feel a little more… experiential.

Photography by Amelia Krales except where noted

Check out more from Mobile World Congress, including the debut of Samsung's Galaxy S7 and S7 Edge: