LG’s new virtual reality headset has a problem: too much reality

As part of LG’s range of peripherals for its new G5 flagship smartphone, the company has created a lightweight virtual reality headset: the LG 360 VR. Like Samsung’s Gear VR, it’s powered by a smartphone. But unlike the Gear, it doesn’t use your smartphone’s screen as a display. Instead of slotting the G5 into the back of the headset, you attach it via a USB-C cable and use the 360’s own internal screens. This has the advantage of making the headset super light (just 118 grams), but that’s about the only good thing this thing has going for it.

LG’s biggest mistake is the headset’s design. Rather than adopting the face-hugging foam gaskets used by the Gear VR and HTC Vive, the company has opted for a visor-like setup. The 360 VR perches comfortably enough on your nose, but there’s a sizable gap between your face and the actual headset. Light leaks in, and with it, reality. You see things happening in your peripheral vision, you notice the edges of the display, and you realize that all you’re doing is looking at two tiny screens sat very close to your face. Immersion is key to virtual reality, and with the 360 VR I felt severely under ‘mersed.
Light leaks in, and with it, reality

The second big problem is lag. I tested a few different bits of content on the 360, including a roller coaster ride through the ocean, some 360-degree photos from a mountaintop, and footage from a cafeteria full of dancing tweens. (No, I’m not sure what this was about either. I think maybe a music video?) But whenever I turned my head the picture blurred. Unlike the gaming PCs needed to power the Ouculus Rift or HTC Vive, the tethered G5 — which supplies all the graphics and visuals — just couldn’t deliver the picture in time to keep up with my gaze. The image only became smooth when I looked around very gently and slowly — like I was trying to balance an egg on my head. So again, not very immersive. 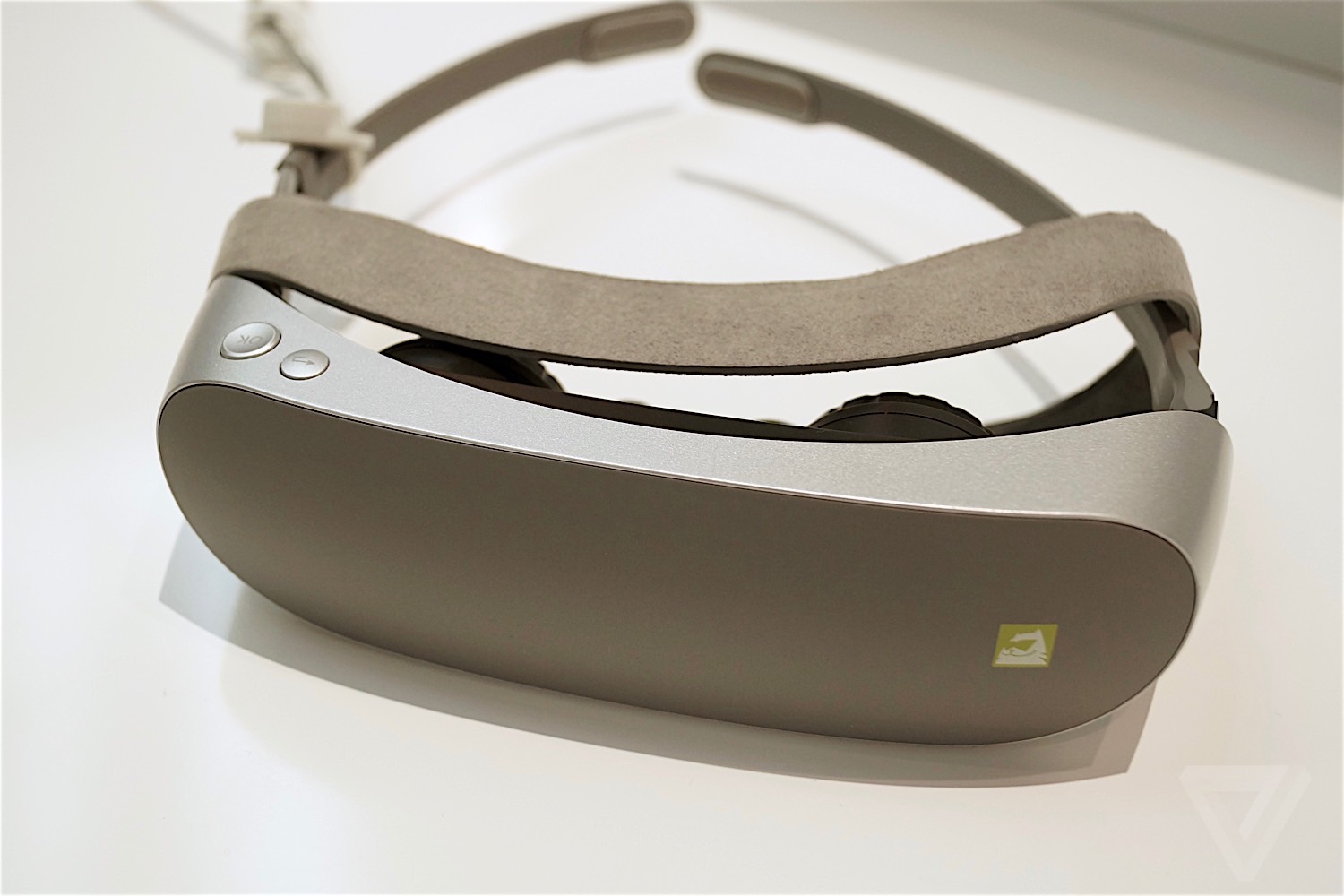 LG's VR headset is more like a visor, and uses a stiff felt surround to (unsuccessfully) try and seal the gap between your face and the device.

The 360 VR does have some good points, lightness being chief among them. It’s also fairly easy to adjust the focal length on the lenses, meaning I could use it without my glasses (which wouldn’t have fitted on underneath the headset anyway), and a pair of buttons on the top of the headset combined neatly with a head-tracking cursor to making navigating the user interface easy. However, these are just basic elements that any cheap VR headset should get right. It should also be noted that the 360 VR only works with the G5 smartphone at the moment; unlike Samsung’s Gear, which you can slot multiple devices into.

If you want to watch Google Cardboard videos, there are better options

LG hasn’t announced anything about availability or pricing for the 360 VR, but the headset is supposedly scheduled to be released sometime this summer. Unfortunately, it’ll be going up against a slate of other VR headsets, and unless it’s very aggressively priced, it doesn’t have a chance to succeed. Really, it’s just another Google Cardboard-compliant device that could occasionally be used for checking out some 360-degree footage. You could, I suppose, sidestep the headset’s lag problem by just looking straight ahead and watching videos (LG says the headset is supposed to mimic a 130-inch TV viewed from two meters away), but even then, it would be like going to a movie theatre with the lights on.