KDDI's Talby is a design classic from 2004

Along with his Apple colleague Jony Ive, Marc Newson is one of the most famous and influential industrial designers in the world. The Australian has put his name to everything from furniture to aircraft cabins, and his design signature is all over the Apple Watch.

But although Newson now spends “around 60 percent” of his time on mysterious projects at Apple, he hasn’t worked on a great deal of consumer electronics in the past. Just one mobile phone, for example.

Tokyo Thrift is a new column on The Verge where Sam Byford, news editor for Asia, trawls the second-hand market to explore the history, design, and culture of Japanese gadgets. It runs on the last Sunday of each month.

It’s called the Talby, named after a character in John Carpenter’s 1974 movie Dark Star. It was built by Sanyo and released in 2004 by Japanese carrier KDDI, and it’s one of the most striking phones you’ll ever see.

The candybar-style Talby’s silver front panel gives the impression of having been carved out of a single solid block, while a black box on the back houses the battery, speaker, and camera. Newson says the 13mm-thick Talby was the thinnest phone on the market at the time, and its sandwiched design makes it seem even slighter than it is — catch it at the right angle and you won’t see the rear at all.

Although the phone wasn’t technically revolutionary upon release in Japan, with a 240 x 320 LCD and a VGA camera — complete with dedicated macro switch for scanning QR codes, of course — its unique appeal is down to a strong sense that everything about it has been carefully thought out. The camera switch is close to the lens, for example, while the hold switch (remember those?) is next to the keypad.

The phone was only available in silver, but there were three color options for the buttons — the black model you see here along with the orange and green that Newson often works with. (I'd prefer the front panel to have been made of actual metal rather than painted plastic, but hey, it was 2004.) And, in keeping with the light, fashion-forward design, there’s even a loop for an included neck strap. 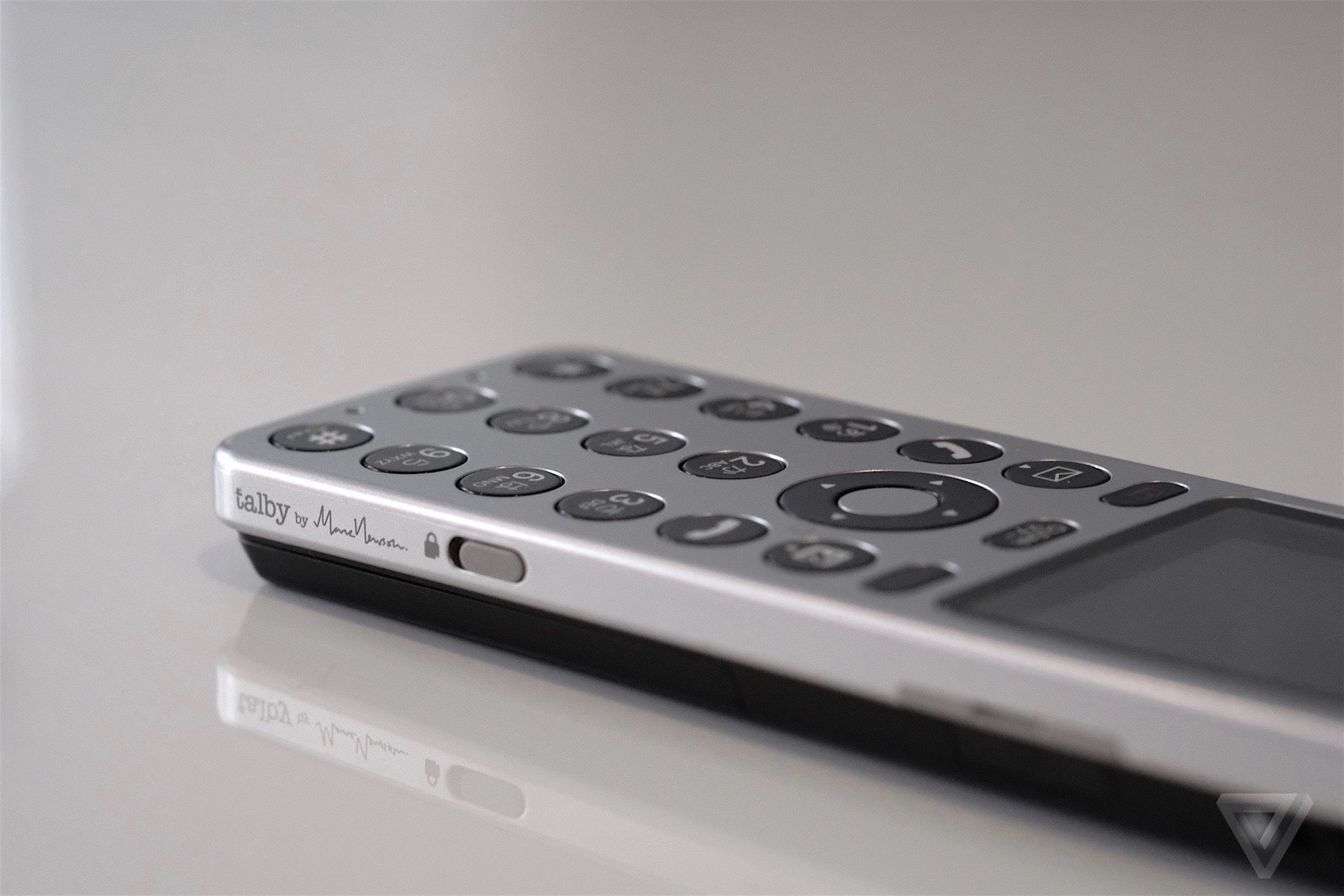 That sense of considered design extends to the software, unusually for a Japanese product of the era. Newson wanted to design the UI himself, but didn’t have time; Tokyo creative agency Syn picked up the work, with Nick Wood handling sound design (including a theme song for the phone, heard in the commercial above) as Brendon Smale and Silas Hickey worked on the interface. "Because Syn had a close relationship with Marc he trusted us and left it to us mainly," Smale tells The Verge. "We of course shared our progress with him regularly and made sure he was happy with the general direction. I saw it as an opportunity to create a completely new design-led interface that was more user friendly and thoughtful of the product design."

The software feels like an extension of the hardware

The final software feels like an extension of the hardware — the UI is largely monochrome, with highlighted icons glowing orange to match the keypad’s backlighting. The minimalist iconography would fit right in today with modern mobile operating systems, which is all the more remarkable given the state of Japanese phone software 12 years ago.

"[We wanted to make the software] intuitive, simple and consistent with a touch of personality that aligned with the product's design," says Smale. "Japanese mobile phone interfaces at the time were very messy and overly complicated. Features and product design were the main focus. The way to stand out was definitely the age-old design mantra 'less is more’."

The result is a beautiful product that, were it not for the vast leaps in functionality brought on by the advent of smartphones a few years later, would still be attractive and usable today thanks to Newson's quirky, playful style.

Although KDDI has continued to release design-focused phones in the years since, like Naoto Fukasawa’s Infobar range and Tokujin Yoshioka’s Fx0, the Talby is one of its most iconic. It’s a shame that Newson never set his mind to another phone again, but who knows? As the Apple Watch took cues from Ikepod, maybe the next iPhone could use a little Talby magic.

READ MORE ABOUT JAPAN ON MERIDIAN