“If I don’t burn someone’s retinas,” artist Jen Bartel says of her work, “I’m not doing it right.”

Bartel has a distinct look full of bright lights and vibrant colors, a style she describes as “Cosmic Rainbow Witch / Evil Lisa Frank.” It’s a look inspired by the ‘90s, pulling from everything from anime to collectible stickers, and one that’s put to use in a variety of ways, from illustrating covers for the Jem and the Holograms comic to contributing pieces to art books like the recently crowdfunded 1001 Knights anthology. “I am incapable of working in anything other than super bright colors,” she says.

If there’s one near-constant in Bartel’s work besides the use of bright colors, it’s the subject matter. Her favorite subjects are what she describes as "ladies wearing cool clothes and looking like they’d be able to kick your butt." (Also cats.) Part of the reason for this is Bartel’s childhood; though she’s based in Minneapolis now, she grew up in Korea, and she says "it was really difficult to find female role models in cartoons / comics / manga who looked like me. So many girls grew up loving Sailor Moon, but look at her! She’s blonde! My favorite was always Sailor Mars, and I think a lot of that had to do with the fact that I identified with her more because she looked more like me."

"If something is working well in comics, sooner or later it will trickle into movies."

Because of this, one of her stated goals is to create characters that will "inspire and empower girls from all backgrounds" — and she believes comics in particular are a great medium for this. "If something is working well in comics, sooner or later it will trickle into movies, and the average person who doesn’t actually read comics will notice a shift in the kinds of characters popping up in the films they watch," she says.

Late last year Bartel made the shift to working as an artist full-time, after years spent juggling art and a full-time job. In addition to working on Jem, she’s also contributed to ongoing comics like Starfleet Academy and the anthology Secret Loves of Geek Girls from Dark Horse, and she's currently collaborating with her husband on a new series that will be featured in the upcoming mobile comic app Stēla.

In addition to all that, Bartel also regularly posts warm-up sketches and pieces of fan art from her favorite shows and games on her Instagram and Tumblr. For her, it’s simply a way to feel like part of a community — even if she’s drawing alone in her office. "I get super excited to see what all my friends are working on, I love celebrating their successes, and I love sharing what I’m up to as well," she says, "especially because back when I was first starting out it was quite difficult to find resources and figure out how all these artists I admired were making their work."

While she’s managed to work on some big and beloved properties already, Bartel has a particular one in mind for her dream project. "I’d love to do a cover for something X-Men related," she says. "It was my favorite property when I was a kid and it would be like accomplishing a childhood dream."

You can find more of Bartel’s work on her site. 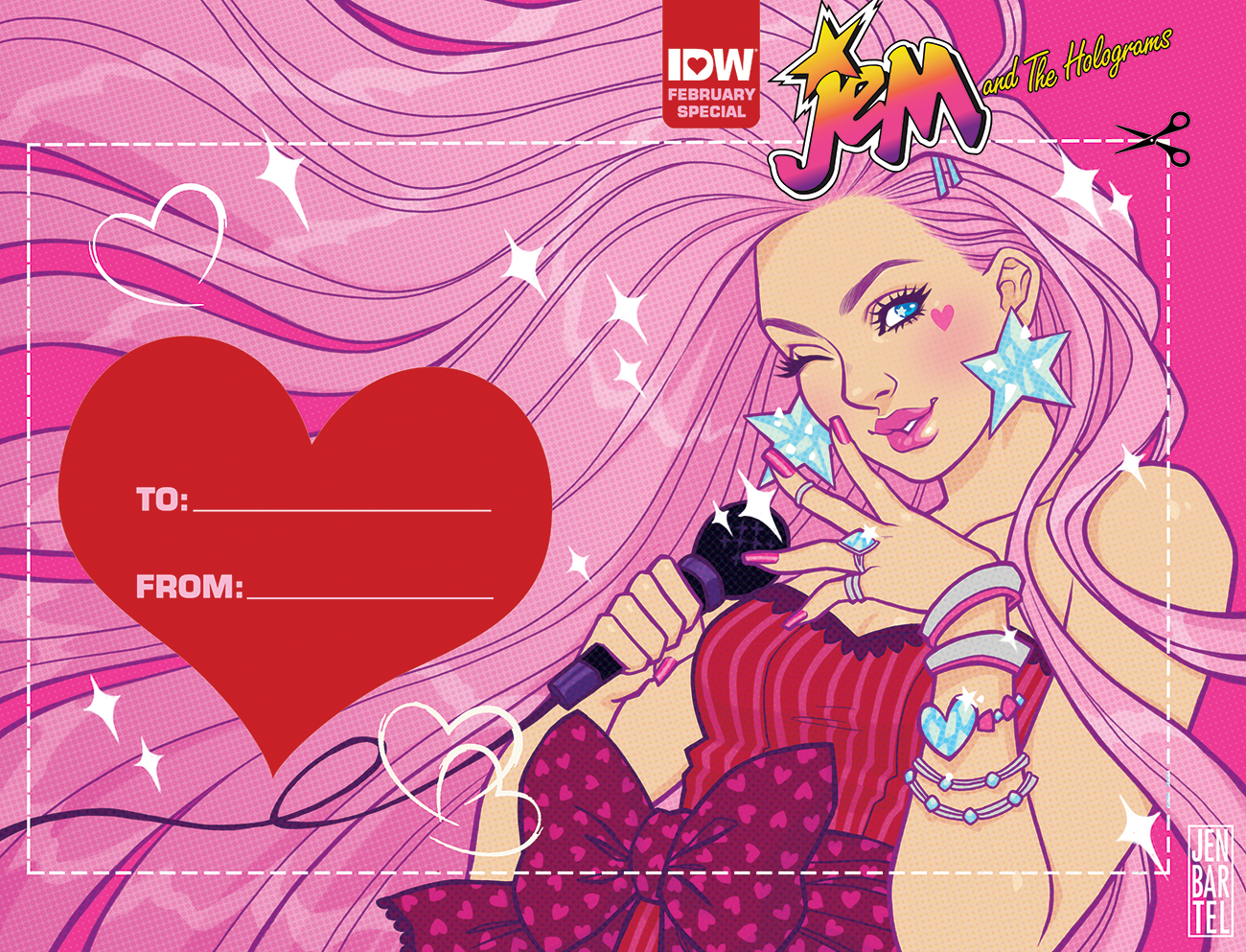 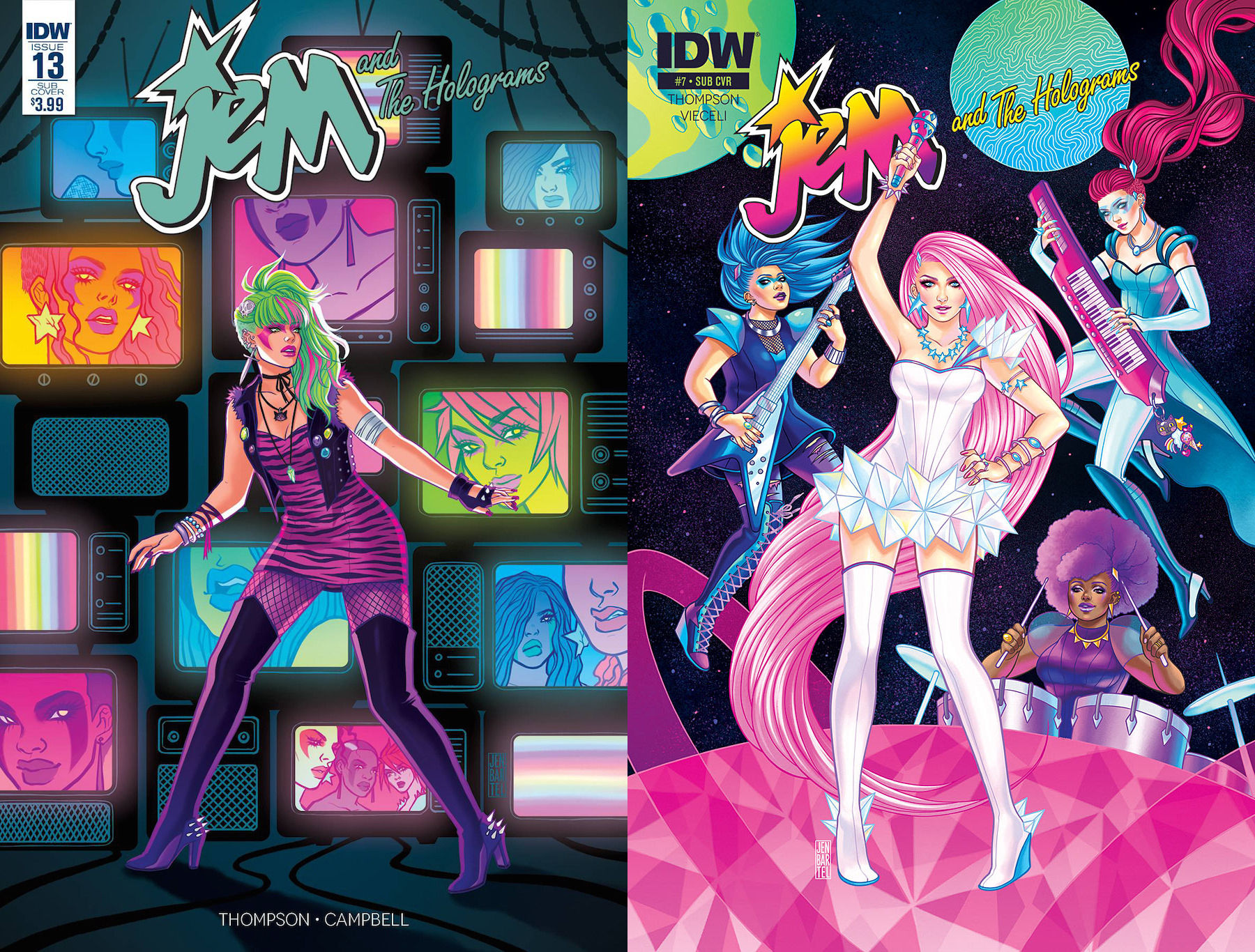 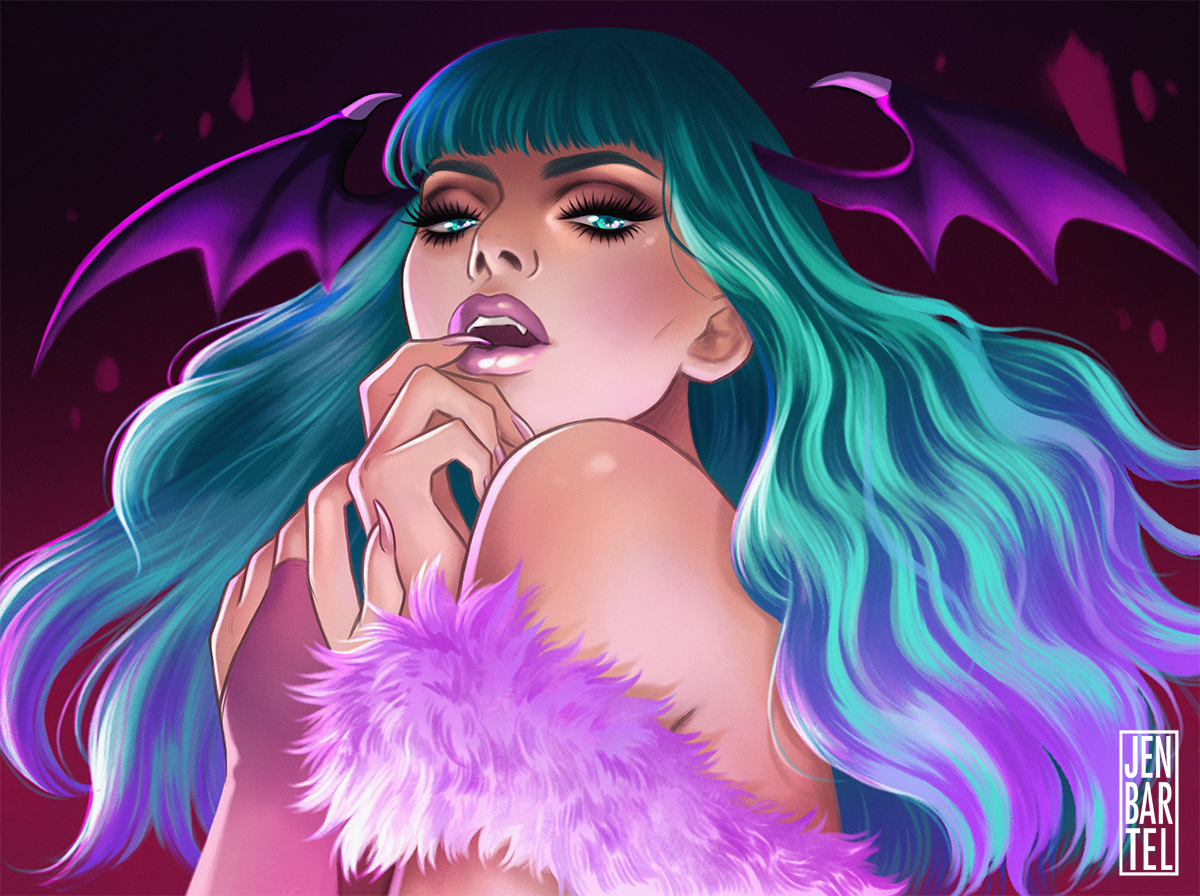 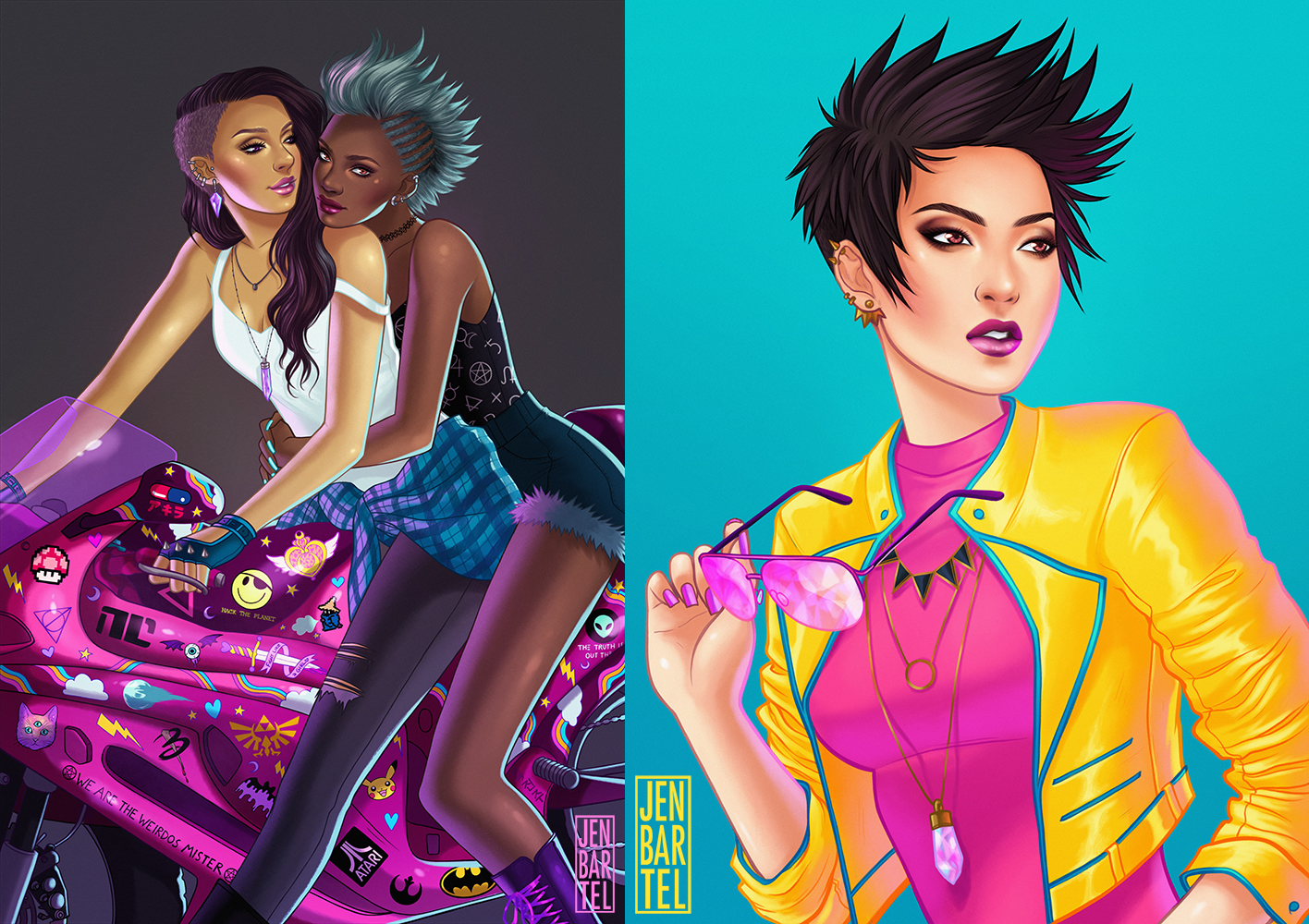 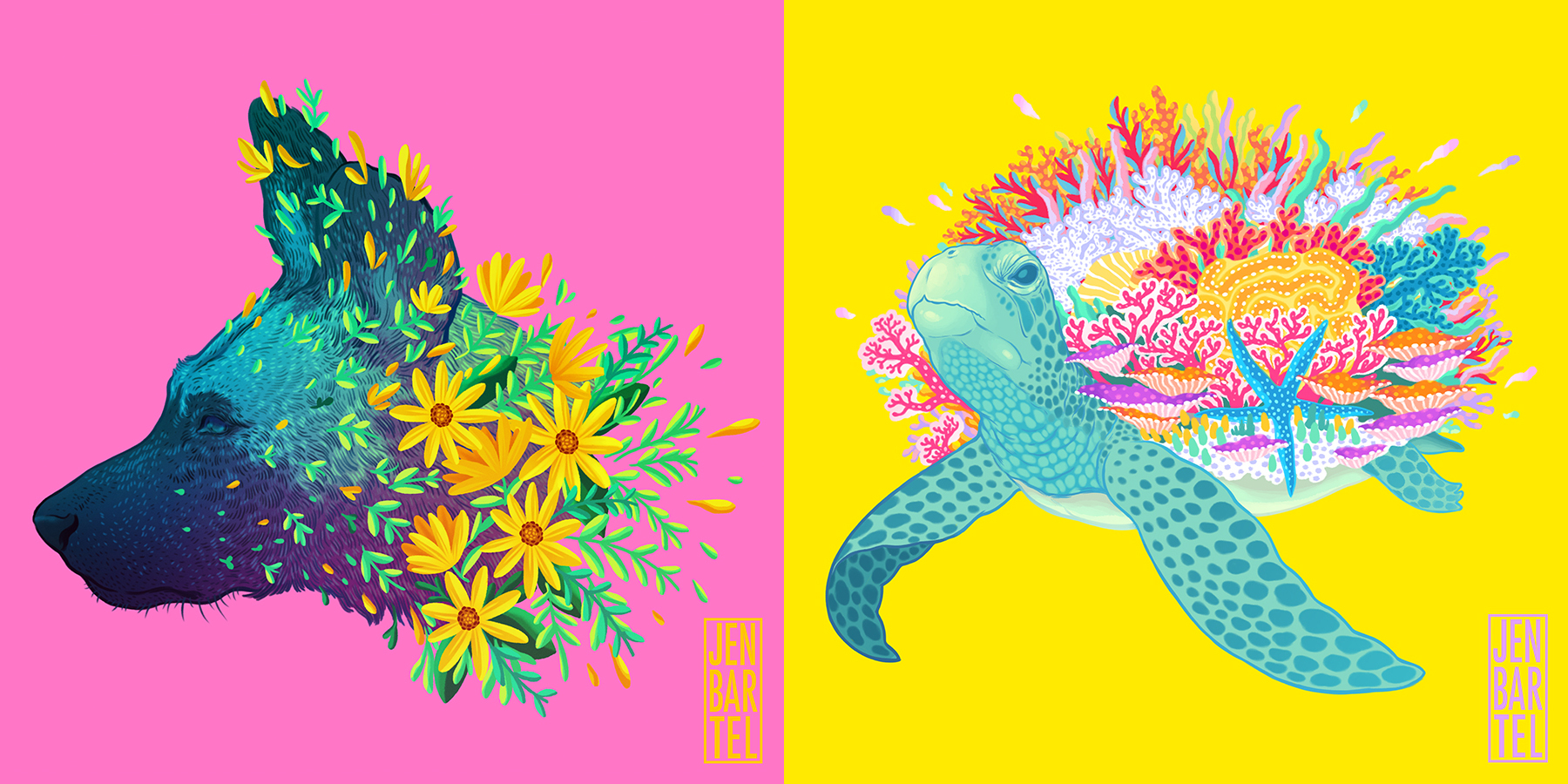