Watch the Super Bowl in this Carolina Panthers player's apartment for just $5,000

Share All sharing options for: Watch the Super Bowl in this Carolina Panthers player's apartment for just $5,000

Carolina Panther safety Roman Harper wants to let you experience the Super Bowl like an NFL player — for a price. Harper has listed his swanky Charlotte, North Carolina apartment on AirBnb for a cool $5,000 per night. He's calling it a "Panther's Dream Den."

It's a one-night-only affair: the deal is, you and a friend get to chill at Harper's place on Super Bowl Sunday and watch the big game on his 70-inch TV. That might seem a bit ludicrous, but that money will all go to Harper's charity, which sponsors a number of projects but focuses primarily on getting young children to read at grade-appropriate levels. According to Harper, AirBnb will match with $5,000 of its own. 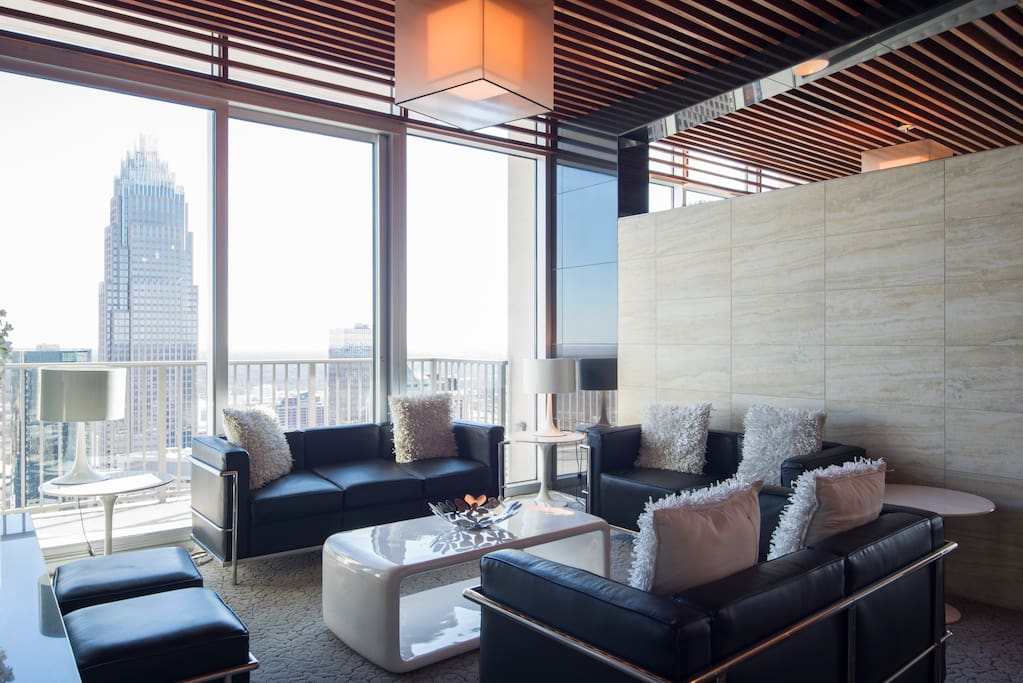 Come watch me play in the Super Bowl – from my own couch! I'm Roman Harper of the Carolina Panthers, and while I'm in Santa Clara on February 7, I'd love to invite you and a guest to experience Sup...

So what do you get for that kind of money? In addition to spending the day (and night) in Harper's attractive home, the football player notes the building's expansive amenities, including an Olympic-sized swimming pool, a lounge on the 50th floor, a billiards lounge, a 4,000-square-foot health club, as well as a basketball court and tennis court. You'll get a signed football, too.

When you stay at a NFL player's home though, there are some ground rules: first of all, this won't be the place to rent for your big Super Bowl party: only you and a special guest are allowed in. There's also "no football practice in the hallways," "no pets (especially Broncos)," and "no cleats on the hardwood." It's probably best not to break the rules — the NFL's all about yellow flags and penalties.