Sure Genomics wants to sell private genetic profiles for $2,500, but it’s really testing the FDA

Sure Genomics wants to sell private genetic profiles for $2,500, but it’s really testing the FDA

Sure Genomics, a startup based in Utah, launched a genetic testing service today that costs a whopping $2,500 upfront, with an additional $150 subscription fee that guarantees DNA analysis updates every six months. The price is unusually high for a direct-to-consumer genetics company, since 23andMe and Ancestry offer genetics reports for $199 and $99, respectively. But Sure Genomics says it's worth it; customers who pay the fee will get their entire genome sequenced, and unlike others, the startup says it won't sell anonymized genetic information to third parties to turn a profit.

But from a regulatory standpoint, Sure Genomics is treading on thin ice. The FDA has warned similar companies about telling people their disease risk or how their bodies might respond to a drug. Sure Genomics plans to deliver exactly those kinds of results — without getting clearance from the FDA first.

"We have been in contact with the FDA and we feel like we've built a system and process that would meet their requirements," says Sure Genomics co-founder Rick White, a software developer. "[Our] reports are going to be delivered in, I would say, an ultra-compliant manner." But Sure Genomics hasn't sought FDA approval for its health reports, and officials haven’t seen the final platform, White says. The FDA declined to comment on its interactions with Sure Genomics.

It's been three years since the now-famous genetics company 23andMe first received a warning letter from the FDA telling them to stop marketing its Personal Genome Service. At the time, the FDA said that some of the intended uses for the service — uses like determining a person's drug response or their genetic risk for breast cancer — were "concerning." The FDA feared patients could be put at risk if they received incorrect test results, or if they didn’t understand the results they got. Since then, 23andMe has made some big changes and conducted studies that have helped it obtain FDA clearance for tests that tell people if they're likely to pass down certain health conditions to their kids. But the government agency still hasn't given approval for disease risk estimates that are sent directly to consumers. That’s why Sure Genomics’ assertions that its health risk and drug response reports will be just fine with the FDA are so puzzling.

Sure Genomics' business model is different from many of its predecessors. Competitor 23andMe makes money, in part, by selling anonymized aggregated genetic information gathered from its customers to third parties. This only happens when customers give their consent, however, so people can sign up for 23andMe's products without sharing genetic information with researchers or drug companies. Still, Sure Genomics founder and software engineer Rick White believes that a privacy-minded platform may help reach customers who may have been reluctant to use these services in the past. "People's access to their genetic information is private and there needs to be people that reinforce that," he says. "That personal privacy is critical to the development of whole genome sequencing as a product in a market that's important to humanity." 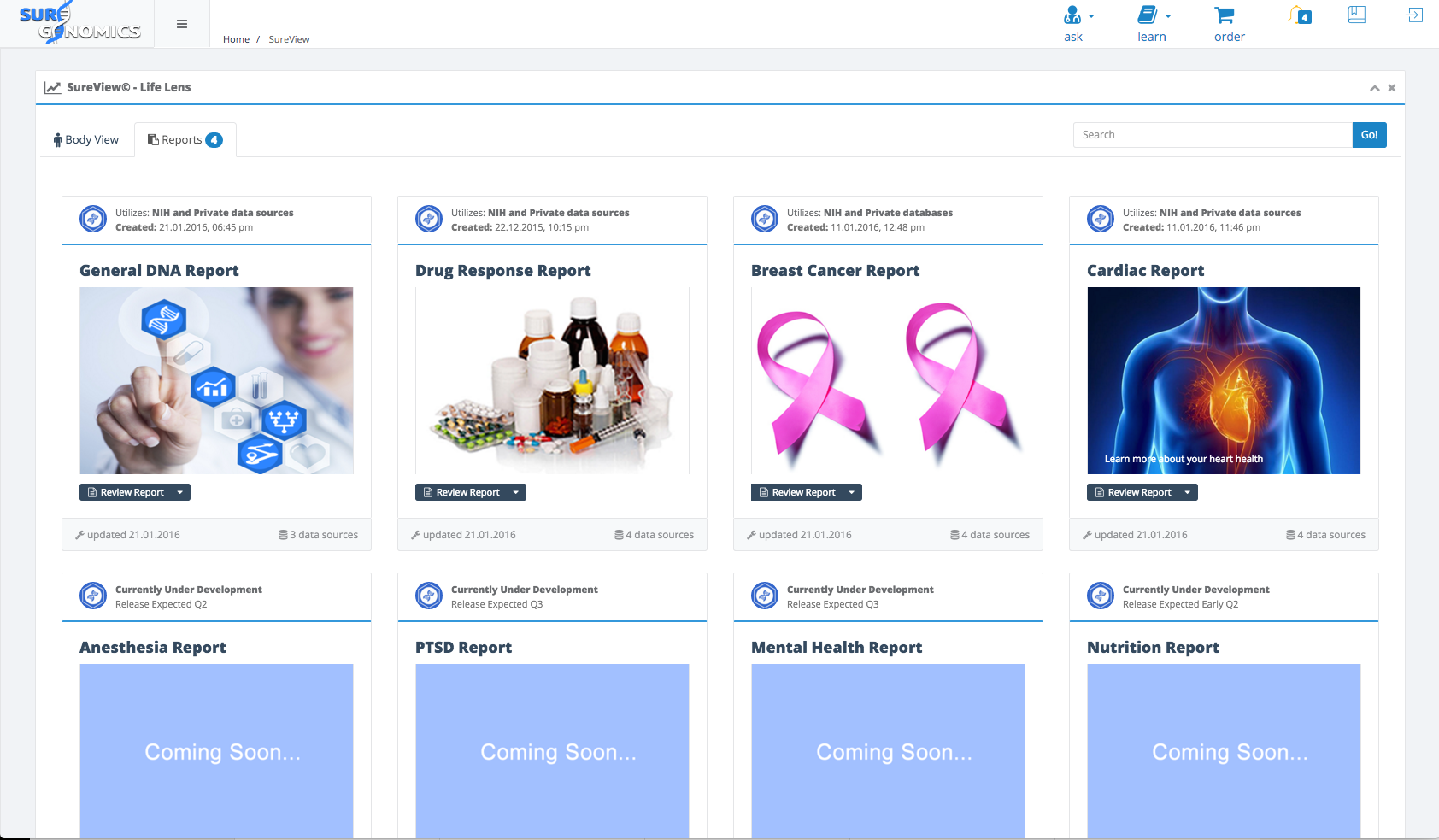 The information that the service provides is also more substantial than that of competitors, White says. That’s because customers will get their entire genome sequenced, rather than undergoing genotyping — a technique many companies use — which only determines the genetic variants that someone possesses for known regions of the genome. Finally, Sure Genomics' subscription-based service guarantees regular updates of customers' DNA reports as scientists learn more about the association between genes and various traits. The startup thinks people who can afford the service will gain "actionable information" that they can use to "potentially reroute themselves around a problem before it emerges," White says.

One of the main reasons Sure Genomics’ founders think the company will be shielded from the FDA's scrutiny is the fact that a physician under Sure Genomics' employ will prescribe the whole genome sequencing. After a physician prescribes full DNA sequencing, customers will get a saliva collection kit that they can send off to one of the many labs that Sure Genomics has struck deals with. Four weeks later, they will receive a notification that their raw DNA data is available. From there, they can take that data and run it on the company's "engine" to obtain information about things like breast cancer risk, ancestry, nutritional markers, and a person’s genetic likelihood of having an adverse reaction to a specific drug. "You deliver the results onto the platform and then you have the option — which we encourage people to take — of having up to one hour of genetic counseling," says Sure Genomics spokesperson Christina Armstrong.

The FDA may not agree with that approach. "Marketing genetic tests directly to consumers can increase the risk of a test because a patient may make a decision that adversely affects their health, such as stopping or changing the dose of a medication or continuing an unhealthy lifestyle, without the intervention of a learned intermediary," Jeffery Shuren, director of the FDA’s Center for Devices and Radiological Health, said in a statement in 2010. For the agency, making sure that people fully understand the information they’re getting is crucial.

Hank Greely, a Stanford University law professor and bioethicist, says he "would be surprised" if Sure Genomics’ use of a prescribing physician changes the FDA’s view of the company’s offerings. That's because consumers will still have unmediated access to results, he says. There isn’t an exact precedent for a physician-based approach, however, so the FDA’s reaction is "at least somewhat unclear," he says. Mark Rothstein, director of the Institute for Bioethics, Health Policy and Law at the University of Louisville, also doubts regulators will be lenient because a prescribing physician is involved in the ordering process. "I don't think getting a doctor to order the test changes anything."

"I don't think getting a doctor to order the test changes anything."

There’s less ambiguity about the FDA’s requirements for testing. Sure Genomics says it will give people information about BRCA1 and BRCA2 gene mutations — mutations that have been linked to breast and ovarian cancers and were made famous by Angelina Jolie two years ago. But the FDA hasn't cleared direct-to-consumer risk detection tests for these mutations. That may be because the FDA considers cancer risk determinations to be "high risk." And as the FDA told The Verge in an email, other than certain low-risk tests, any test that is marketed directly to consumers "needs to be cleared or approved by the FDA."

Sure Genomics is accepting sign-ups for its service now. Customers who demonstrate an interest will only be charged when the company starts delivering the saliva kits in June, Armstrong says. This means that it’s possible that the company will be able to change its offerings to suit the FDA before it ships its kits. But if that happens, paying $2,500 will be a waste of money, Rothstein says. "If Sure Genomics limits the results to associations that are FDA approved, individuals will get very little information back. And even if they do get information back, 99 percent of the people won’t get information that’s in any way informative."