Dark Souls 3 hands-on: finding joy in a world that wants you dead

Die for the third time

If there is one thing I know to expect from the Dark Souls series, it’s that nothing is ever as easy as it seems. And that’s as true as ever in the first half hour of Dark Souls 3. I’ve just pulled a sword from the chest of Iudex Gundyr, a faceless knight twice my size, and the warrior comes to life. Like 99 percent of things that are not inanimate objects in this game, Gundyr wants to kill me.

To my surprise, I’m able to bring his health down to about halfway over the next few minutes and my confidence is running high. Then the fight goes horrifically sideways. As I back away in awe, I watch an oily, malformed black serpent creature begin spilling out of the cracks in Gundyr’s armor. Within 15 seconds, the boss pounds me into the shallow pool of water at our feet and I stay there.

LIKE MOST THINGS IN DARK SOULS 3, IUDEX GUNDYR WANTS TO KILL ME

This is the first boss battle, and it occurs just 10 minutes into the third installment in the Souls series. So I try again. I fail. The next time I find a trove of fire bombs, yet I’m cut down before the boss even transforms. Once more I die, having exhausted my firebombs bringing Gundyr to the brink of defeat but failing to deliver a final blow. Do I give up? No, I grit my teeth and prepare to fight once more. I have nothing to lose at this point.

With a collection of calculated dodge-rolls and well-timed heavy sword thrusts, I fell the knight in its repulsive transformed state and I feel it: the signature Souls adrenaline rush, a head-bursting sensation of success and survival only this series can produce. I’ve felt it before, and I want to feel it again. I don't think I’ll ever tire of seeking out and snatching a Dark Souls victory for as long as these games are produced. 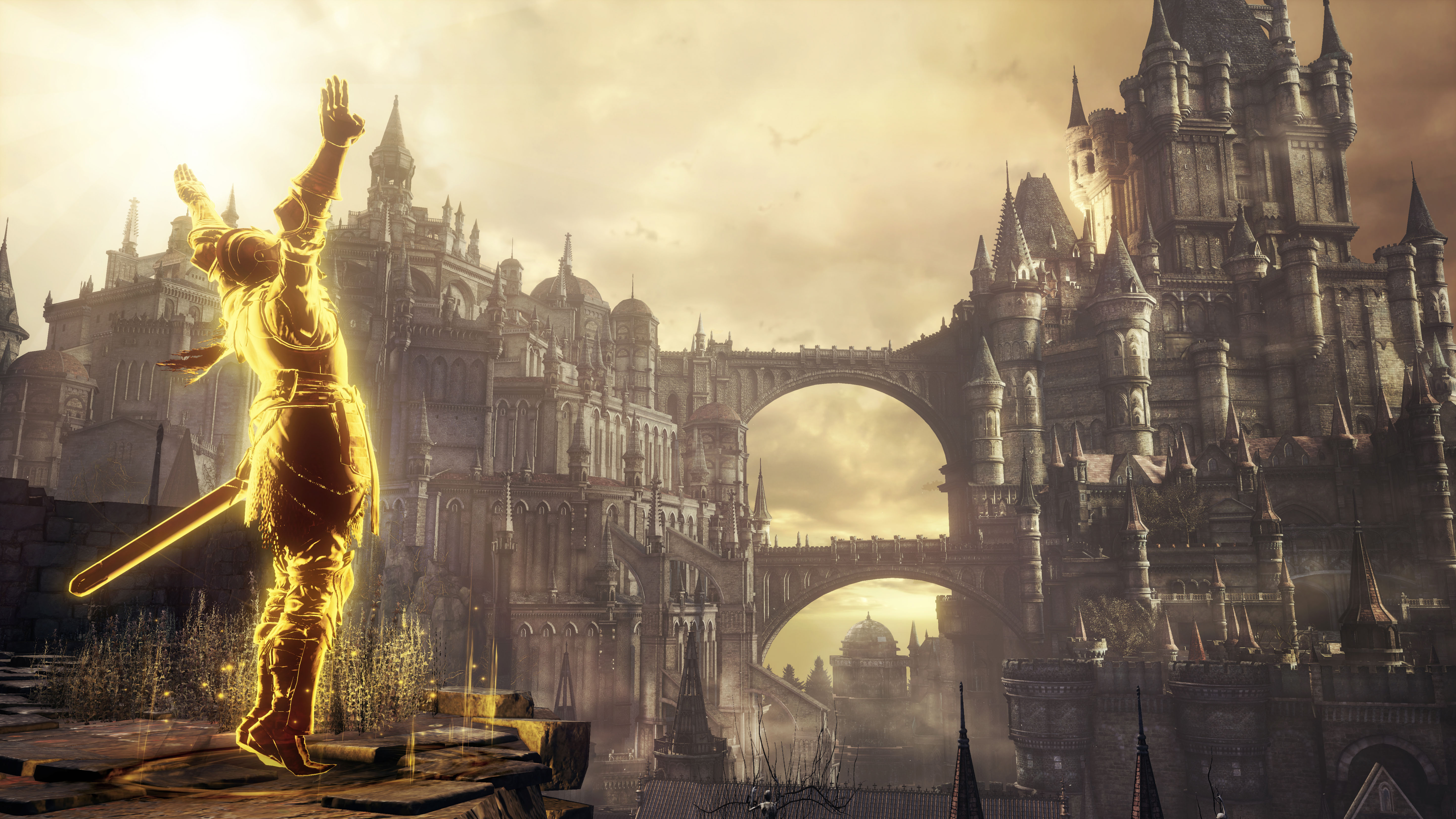 Dark Souls is entering a bit of a golden age. After last year’s nightmarish masterpiece Bloodborne, a savage and gothic spin on the franchise formula, a whole slew of new players were introduced to From Software’s punishingly difficult take on the action RPG. Now with a fresh legion of consumers willing to endure the masochistic experience anew, Dark Souls 3 is dropping for console and PC players outside Japan on April 12th.

It will be the first Souls game for the PlayStation 4 and Xbox One and players should appreciate the upgrade. We got a taste of what From Software could do with a current-generation console last year, with Bloodborne’s decrepit European architecture rendered beautifully on Sony’s console. Dark Souls 3 swaps Bloodborne’s darker tone and twisted sanguine themes with its signature light-filled medieval spin focused on ashes, fire, and mystical creation myths. The monsters are still gruesome and often undead, but after spending time as a hunter of Yharnam in Bloodborne, it’s refreshing to settle back into a game where you don’t have to turn your brightness up just to settle your nerves. 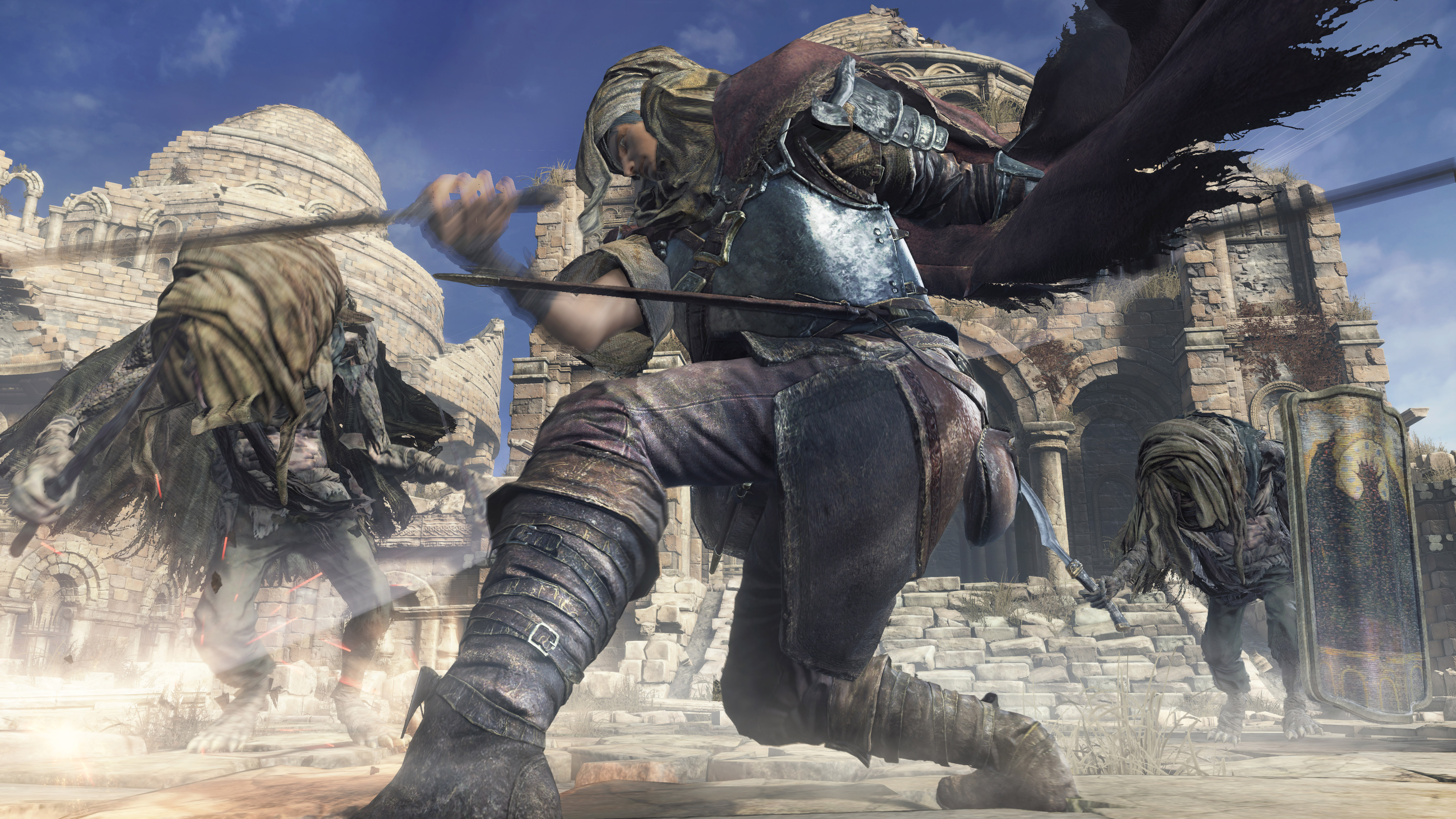 Players should appreciate the visual upgrade in Dark Souls 3

Much of Dark Souls 3 feels familiar and that’s okay. From Software’s formula stays the same, but each rendition still manages to feel as surreal as a new dream and as formidable as a foe you’ve never faced before. There are a few changes here and there — for example, Dark Souls 3 will have the magic meter of the original Demon’s Souls. (And not just one regenerative flask, but two!) However, anyone who has played one of these games in the past should be familiar with the love-it-or-hate-it experience.

A lot of the series’ appeal is its difficulty: series creator Hidetaka Miyazaki has been quoted as saying "everything is designed to kill you" in Dark Souls 3. Every new boss — and the games are always a series of masterfully designed bosses — is a haunting new riff on the same idea. Overcoming those threats typically involves sustained failure.

So in a way, each animated sketch of horror is really just a series of lunges, pounds, and tail sweeps you can learn to anticipate, with pounds upon pounds of flesh you’ll artfully stab when you see an opening. Still, From Software’s art direction is among the best the industry has ever seen and it’s a distinct pleasure to see these artists conjure up new beasts and the environments you’ll fight them in. 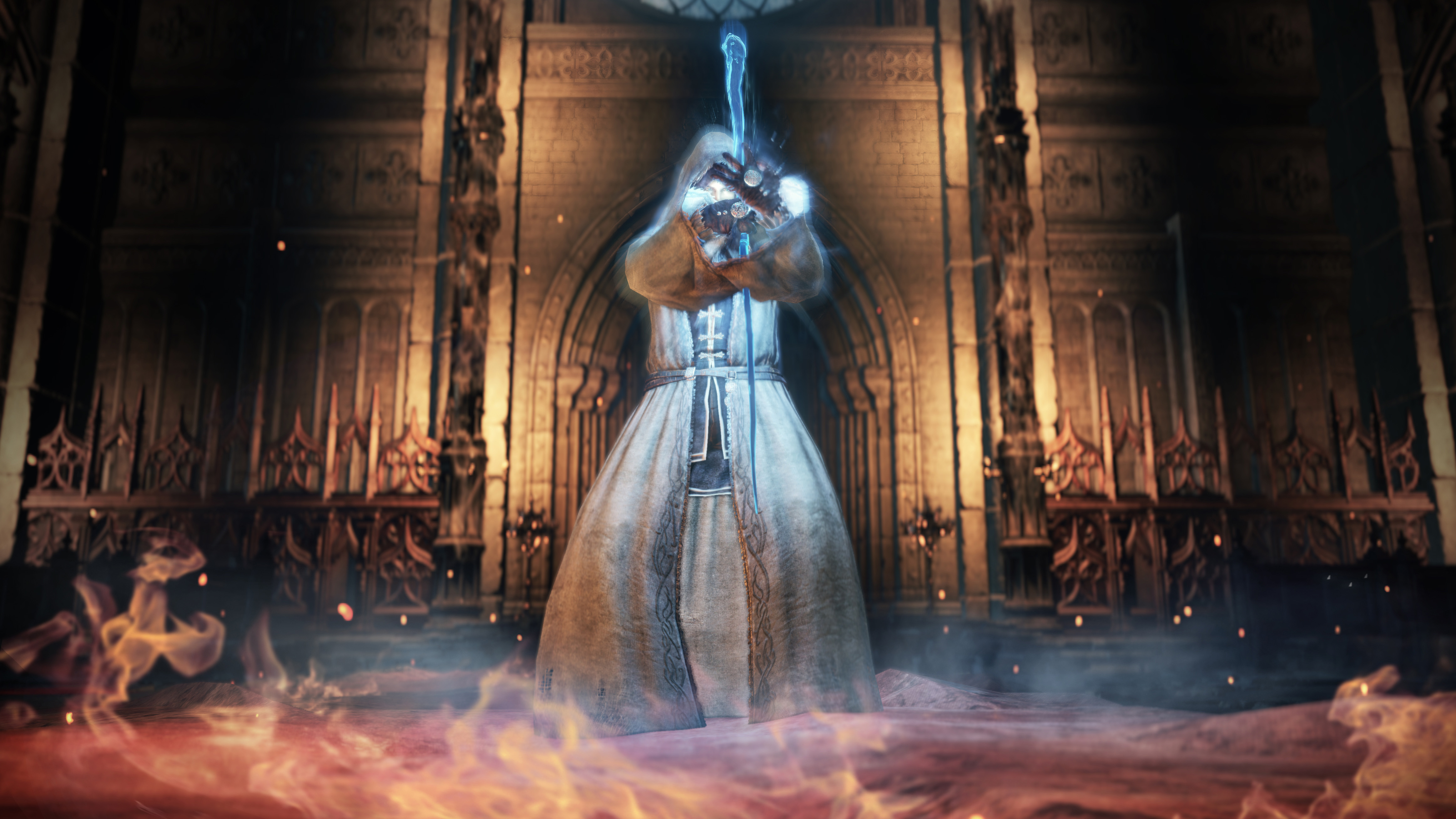 One of the core strengths of these games is also their ability to mix permanence into both gameplay and narrative. Your character comes back to life after each death, cursed to fight seemingly forever against ever-stronger enemies. All the while, you the player are tasked with learning from each fresh defeat and making yourself more powerful.

The feature makes the ambiguous plot, which is always somewhat secondary in a Souls game, a little meatier. Because the backstories are often told from the periphery, players are forced to put their heads together online to piece together fragments of what feels like an ancient religious text if it were written by a fantasy geek on a bad acid trip.

So while it’d be hard for me to spoil anything about Dark Souls 3, I will say that players should tread carefully in the Firelink Shrine, which opens up after Iudex Gundyr’s fight. I accidentally stabbed a non-playable character there, a fellow fighter named Hawkwood like myself, only much stronger. Every time I respawned, he would remember my transgression, hunt me down, and slay me without saying a word.

My continued deaths at the hands of a would-be ally was a comical reminder that Dark Souls 3 does not forget. And it certainly does not forgive.