Acer Predator 17 review: who would want a gaming laptop?

It’s easy to see why PC makers are targeting gamers — what other consumer demographic is willing to pay high prices for premium Windows hardware? But the problem with PC gamers is that many of them don’t need PC makers to assemble components for them, since you can get better results for less money when you build it yourself.

You can’t really do that with laptops, though, which perhaps explains why a number of PC makers have produced high-end, super-powerful notebooks with the express purpose of gaming on them. And Acer is the latest to jump into this arena with the new Predator 17, one of ts first portable gaming machines. It’s everything you’d expect from a gaming laptop: huge, heavy, and hefty specs.

A gaming laptop is also a whole lot more expensive than a desktop with similar performance, and its design seriously compromises the portability advantage you’d expect from a laptop. So why would you want one?

I have some ideas. 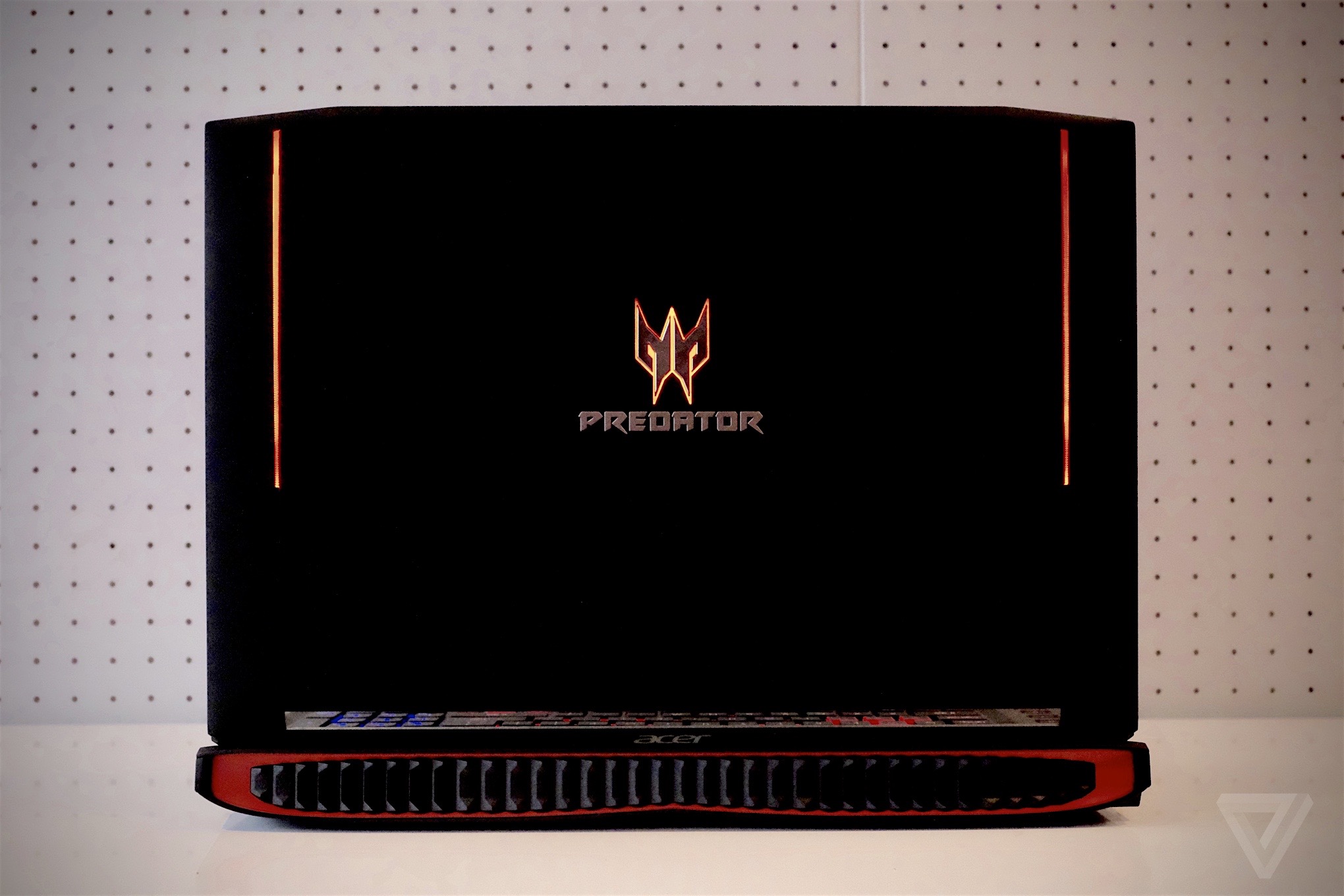 A lot of gaming laptops have ultra-aggressive styling, and Acer says the Predator 17’s design was "inspired by intergalactic battlecruisers," which at least wins the company points for finding words that‘d never make it into a Jony Ive video. And it’s not an inaccurate description — this thing is like a Star Destroyer on my desk. It has an aggressive black and red color scheme, with bright LEDs illuminating the keyboard and glowing stripes on the back of the screen, and it’s very safe to say that Acer didn’t have cafe tables in mind when designing this colossus. I don’t like the soft-touch rubber finish that picks up fingerprints too easily, but the Predator 17 is very well put-together otherwise. Also, you can swap out the Blu-ray drive for an extra fan called the FrostCore, which made basically no difference in my testing but I love that it exists.

Not a single bag I own will fit the Predator 17 inside. At 8.7 pounds and 1.6 inches thick, it’s just not practical to move this laptop anywhere outside the house unless it’s going to be sitting on your car’s passenger seat. The battery won’t last anywhere near as long as what you can find in far more portable laptops, either — I tried to use it for a work day, but only made it to 3 hours and 40 minutes of light Slack and Chrome use, along with 3 hours and 56 minutes on the website-looping Verge Battery Test. Moving it from room to room is one thing, but you’re unlikely to want to take it much farther than that.

This laptop is ludicrously powerful

None of this has stopped gamers lugging desktop PCs along to LAN parties for decades, though, and only one thing really matters for the kind of person that wants a portable gaming computer: performance.

The Predator 17 model that Acer sent me retails for $2,599.99, and it’s a ludicrously powerful machine. It has a quad-core 2.6GHz i7-6700HQ Intel Skylake processor, an Nvidia GeForce GTX 980M GPU, a USB-C port with Thunderbolt 3, a 512GB SSD backing a 1TB hard drive, and a frankly gratuitous 32GB of DDR4 RAM. The display is a 17.3-inch 1080p IPS LCD. (Lower-specced models are available.) All of this is top-of-the-line or near to it — the i7-6700 is Intel’s best mobile gaming CPU and the GTX 980M is Nvidia’s best mobile GPU, though some competing laptops include the 8GB card rather than the 4GB version found here. The display doesn’t have the best viewing angles in the world, but it looks punchy and vibrant head-on, and 1080p is the right resolution for a gaming laptop even if it seems lacking next to high-res ultrabooks. 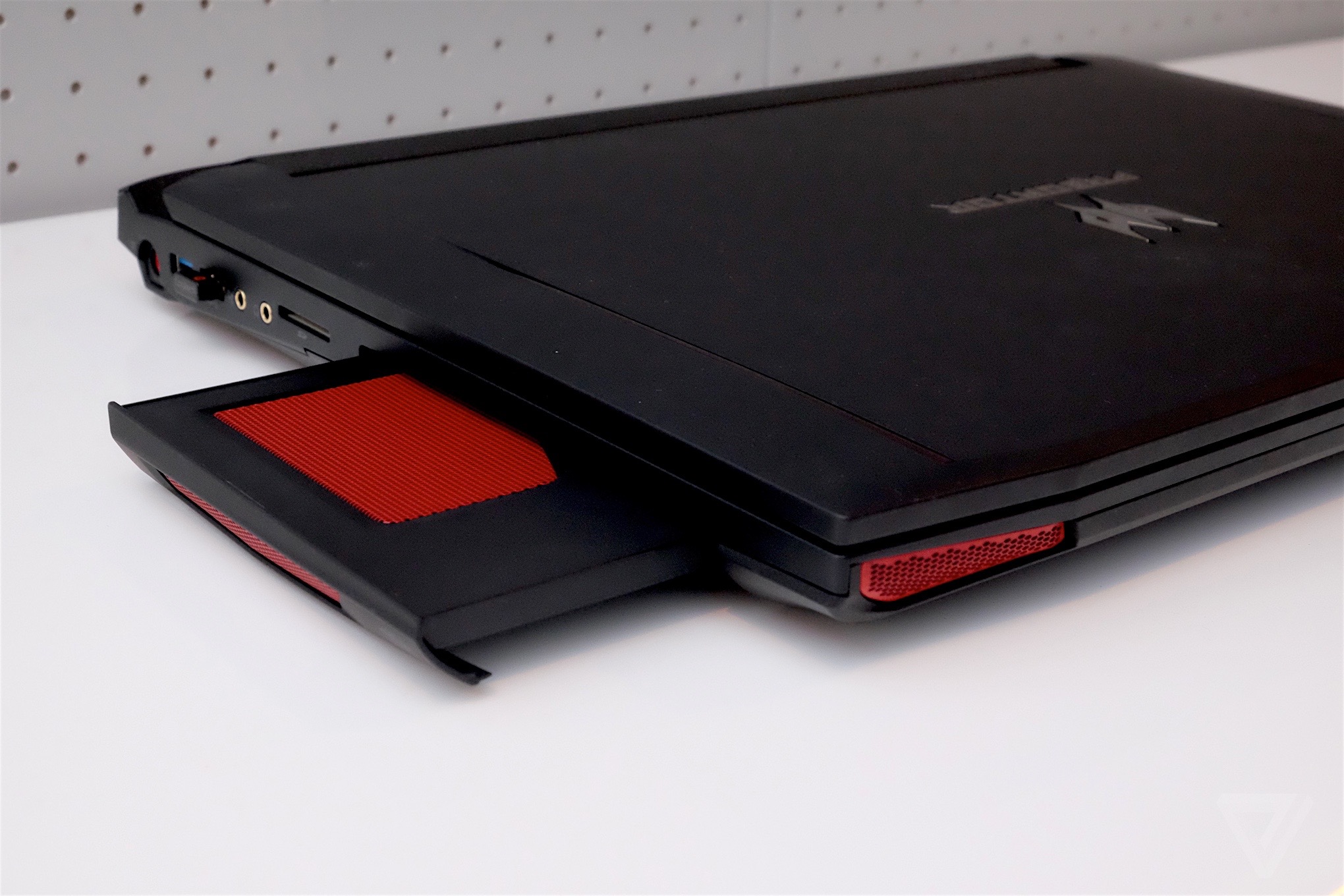 In practice, what all of this means is that the Predator 17 just breezes through practically anything you could throw at it. I installed the most challenging titles from my Steam and Origin libraries — think Ryse: Son of Rome, Crysis 3, Dying Light, and so on — and saw smooth frame rates on the highest graphical settings in all. Ark: Survival Evolved, a Steam Early Access title with notoriously poor optimization, was playable on higher settings even though it grinds to a halt on my gaming desktop. Last month I bought The Witness to test because I’d heard that its PC port was inflexible and a lot of people were having trouble running it. My result? Near-flawless performance, with the occasional torn frame when looking at puzzles. In desperation I tried Star Wars Battlefront, possibly the most visually advanced game out there today and one that I’ve been playing on Xbox One for months. I learned two things: Star Wars Battlefront looks a lot better on a good PC than on the Xbox One, and the Predator 17 handles it pretty well on ultra settings with the odd frame-rate drop. Turn the shadow detail down a touch and you’re golden.

So no, performance isn’t a concern with the Predator 17 — at least not in early 2016. One issue with gaming laptops is that you can’t really upgrade them later on, meaning that you’ll need to buy a whole new machine once the GPU inside isn’t up to snuff. And considering that the 980M came out in 2014, that may well be a concern. But the Predator 17 runs everything with such aplomb that I can’t see any reason why it wouldn’t be fit for this purpose for quite a few years to come.

This might be the best notebook keyboard I've ever used

I also want to call attention to the Predator 17’s keyboard, which I’m pretty sure is the best I’ve ever used on a notebook. It doesn’t feel like the chunky mechanical keys favored by many gamers, but it offers comfortable travel and snappy response equally well suited to gaming and typing — my only issue was having to adjust my hand position due to the sheer thickness of the machine. The Predator 17’s giant frame also means there’s room for a full layout complete with a numpad and customizable macro buttons. I was less impressed by the trackpad, which feels like, well, a trackpad on a cheaper Acer laptop. If ever a laptop maker could be forgiven for assuming the presence of a mouse, though, it’d be on a gaming laptop; that’s why this one even has a discrete glowing button to switch the trackpad off entirely.

Really, my biggest problem with the Predator 17 was just finding an occasion to use it. My primary computer is a 12-inch MacBook, which is about as different a laptop as it’s possible to make, and is obviously much better suited for typical laptop things like browsing on the sofa or working at a cafe. My other computer is an Alienware X51 gaming desktop, which actually gets smoked by the Predator 17 in terms of performance, but I find it a lot more comfortable to use — I have a setup with a 21:9 ultrawide monitor and a comfy chair to lean back into. Hunching over a table to look at games on a smaller laptop screen just isn’t as appealing, even if the graphics are better. 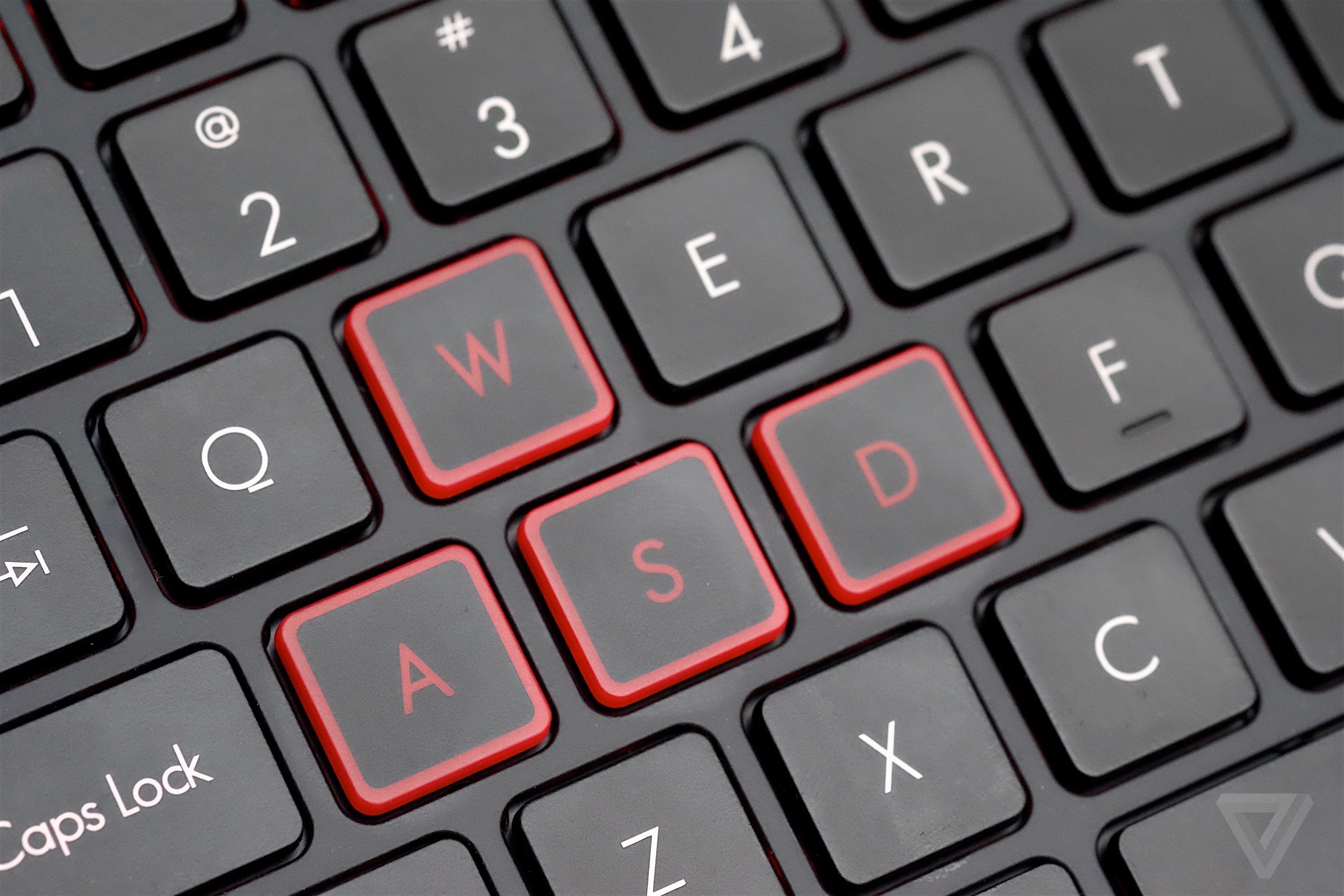 But you know, a machine like this is about compromise. It’s about getting high-end power in places you normally wouldn’t be able to. And that could be a godsend for any frequent traveler that can’t be without their Witcher 3 character for weeks on end. Me? I’ll stick with Persona 4 on the PS Vita and Downwell on the iPhone. But the Predator 17 eventually wormed its way into my heart when I left it on the bar counter in my kitchen, perhaps the last place in my apartment I would otherwise put a gaming PC. Turns out making a drink, sitting on a stool, and blasting through Tomb Raider is a pretty good way to unwind at the end of the day.

And that’s what a gaming laptop gets you: a gaming PC where you wouldn’t or couldn’t otherwise put one. You pay a premium for the performance and sacrifice control over the build, yes, but you also get convenience and a different kind of flexibility. Although the current Predator 17 doesn’t meet the requirements for the Oculus Rift or the HTC Vive, I can see future gaming laptops as an attractive option for anyone interested in getting into VR, for example; at CES this year I took an HTC Vive demo powered by a similar laptop, and performance was excellent. Laptops make sense for the Vive in particular because you may want to move its walk-around-the-room experience to different parts of your house, and they’ll be an easier all-in-one purchase for any PC novice whose interest has been piqued by Oculus.

Built with restraint and reckless abandon

A gaming laptop like the Acer Predator 17 is going to seem like a ridiculous product to a lot of people — even to many gamers. The whole category of gaming laptops is undeniably niche, and $2,599 is a lot to drop on this particular model. But it’s hard to see how Acer could have executed much better on the concept than it did with the Predator 17, and I’m glad that it exists. It’s a focused machine built with both restraint and reckless abandon in all the right places, and I think it will make some people — not many, but some — very happy.

And it’s an interesting strategic reversal for a company like Acer, which has traditionally operated on high volume and low margins. Far fewer people are going to take a look at the Predator 17 than would consider buying one of the sub-$500 laptops it’s traditionally released, but Acer will be able to charge a premium on each sale. If the Predator 17 proves to be a successful endeavor, you can expect to see even more PC makers pursuing gaming laptops as the overall industry continues to shrink. After all, who else is going to spend over $2,000 on a Windows notebook?