Apple's next event is happening Monday, March 21st, when we're expecting it to unveil a new iPhone, a new iPad, and likely a bit more.

The announcements are shaping up to be a sequel to those made at Apple's last event, held six months ago. There, Apple announced the iPhone 6S, iPad Pro, an expansion of Apple Watch designs, and updates to iOS. This month, picture all of that repeated, but smaller. The current speculation is that Apple is about to unveil a new 4-inch iPhone, a smaller iPad Pro, and additional Watch bands. It might even use this as a chance to launch an update to iOS 9.

As always, The Verge will be reporting live from Cupertino. For now, you can catch up on exactly what to expect below. 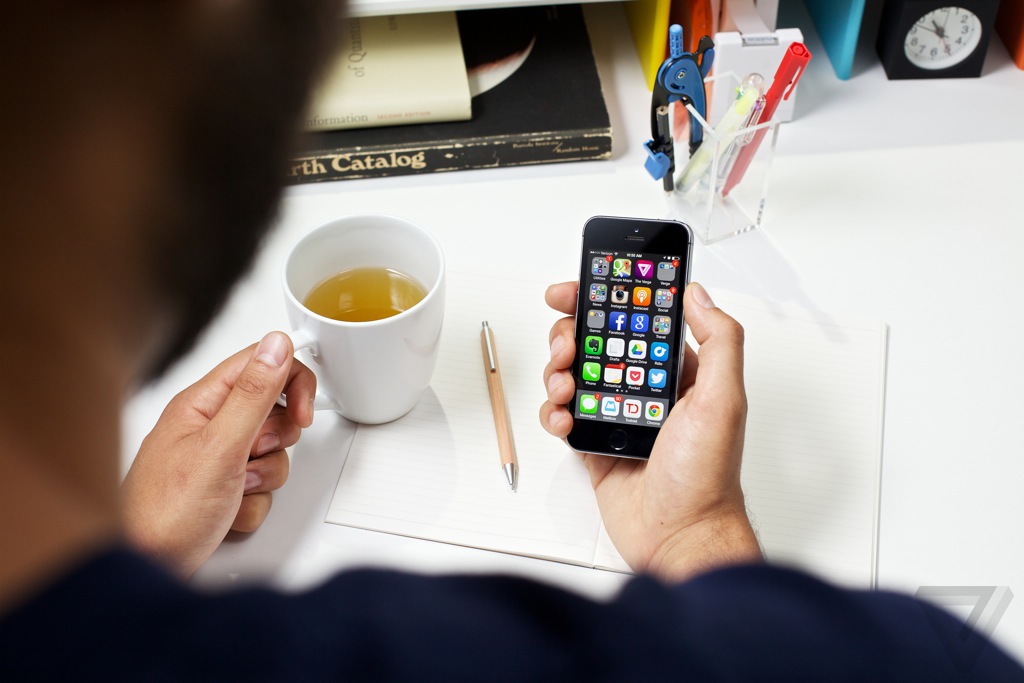 Big phones may be in, but Apple isn't done making smaller ones. Multiple analysts and news outlets have reported that Apple has been at work on a new 4-inch iPhone, its first since the iPhone 5S in 2013. 9to5Mac reports that it'll be named the iPhone SE (rather than 5SE or 6C, as was rumored last year). 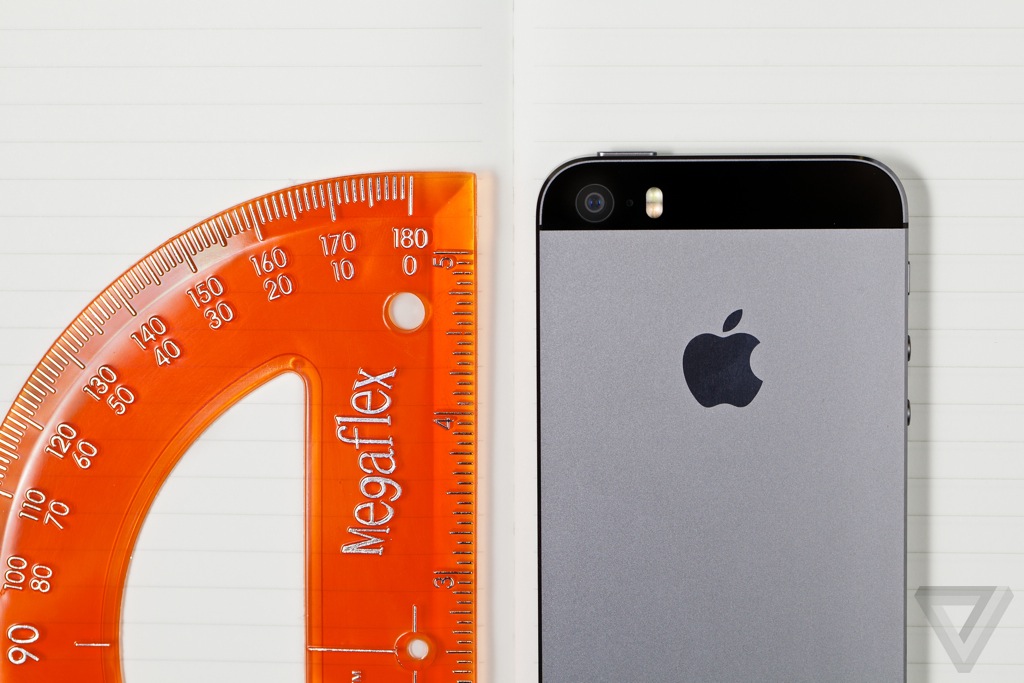 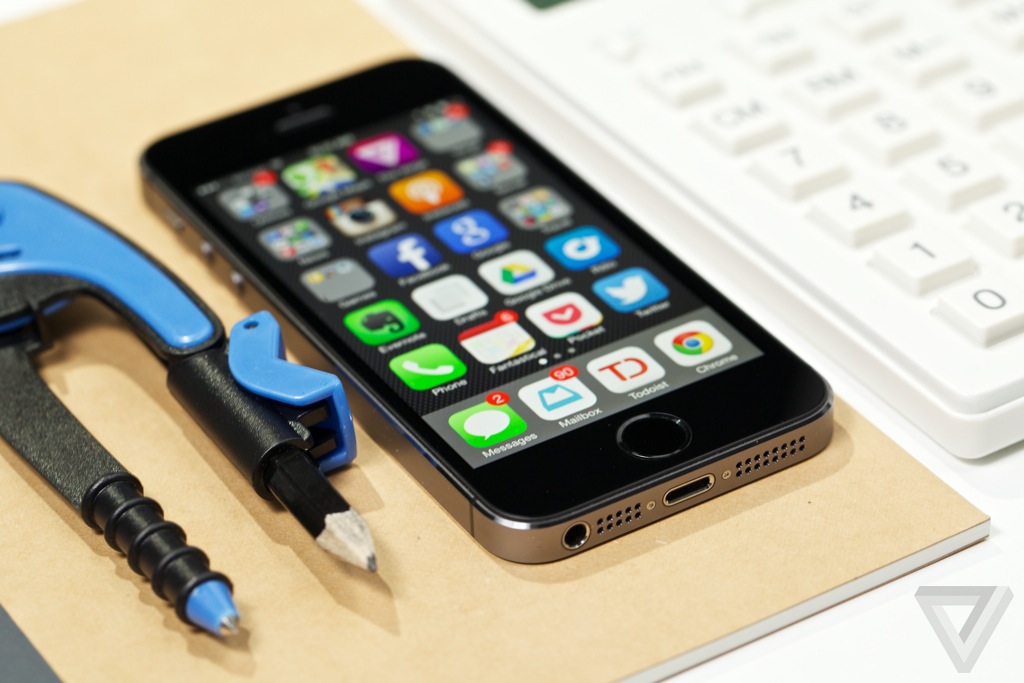 Despite the smaller size, this isn't going to be a cheap, low-end device. (Not that Apple ever really does cheap.) The new 4-inch iPhone is essentially going to be a mixture of the iPhone 6 and 6S but in a body resembling an iPhone 5. That means potential buyers won't have to worry about sacrificing power by choosing a significantly out-of-date phone.

A mashup of the iPhone 5 and iPhone 6

The iPhone SE will have an A9 processor, just like the iPhone 6S does, according to Bloomberg. And according to 9to5Mac, it'll have the 8-megapixel rear camera and 1.2-megapixel front-facing camera of the iPhone 6. It's also reported to include a Touch ID fingerprint sensor and NFC so it can be used for Apple Pay. Only one major feature is believed to be missing: 3D Touch, which appears to be staying exclusive to the 6S and 6S Plus for now.

Apple is expected to slightly update its 4-inch iPhone design. 9to5Mac says the changes may be almost unnoticeable, while other reports have suggest that Apple will tweak the phone to look a bit more like the 6 and 6S. Mainly, that'll mean having glass that curves ever so slightly at the edges, creating the rounded look you see on the 6 and 6S's front. Either way, it's believed to look very close to the 5 and 5S, which isn't exactly a bad thing — arguably, they're more stylish phones than the 6 and 6S. The iPhone SE is reported to come in Apple's full range of colors: gray, silver, gold, and rose gold.

One remaining question is the iPhone SE's price. 9to5Mac believes it'll take the iPhone 5S's slot at the bottom of Apple's phone lineup, selling for $450 (or about $18.75 per month on a two-year payment plan.) Of course, it's possible that Apple will introduce the SE above the 5S, selling it alongside the iPhone 6 as an equivalent option for someone who just wants a smaller phone. It sounds like it'll have the same — and in some cases better — specs, after all. 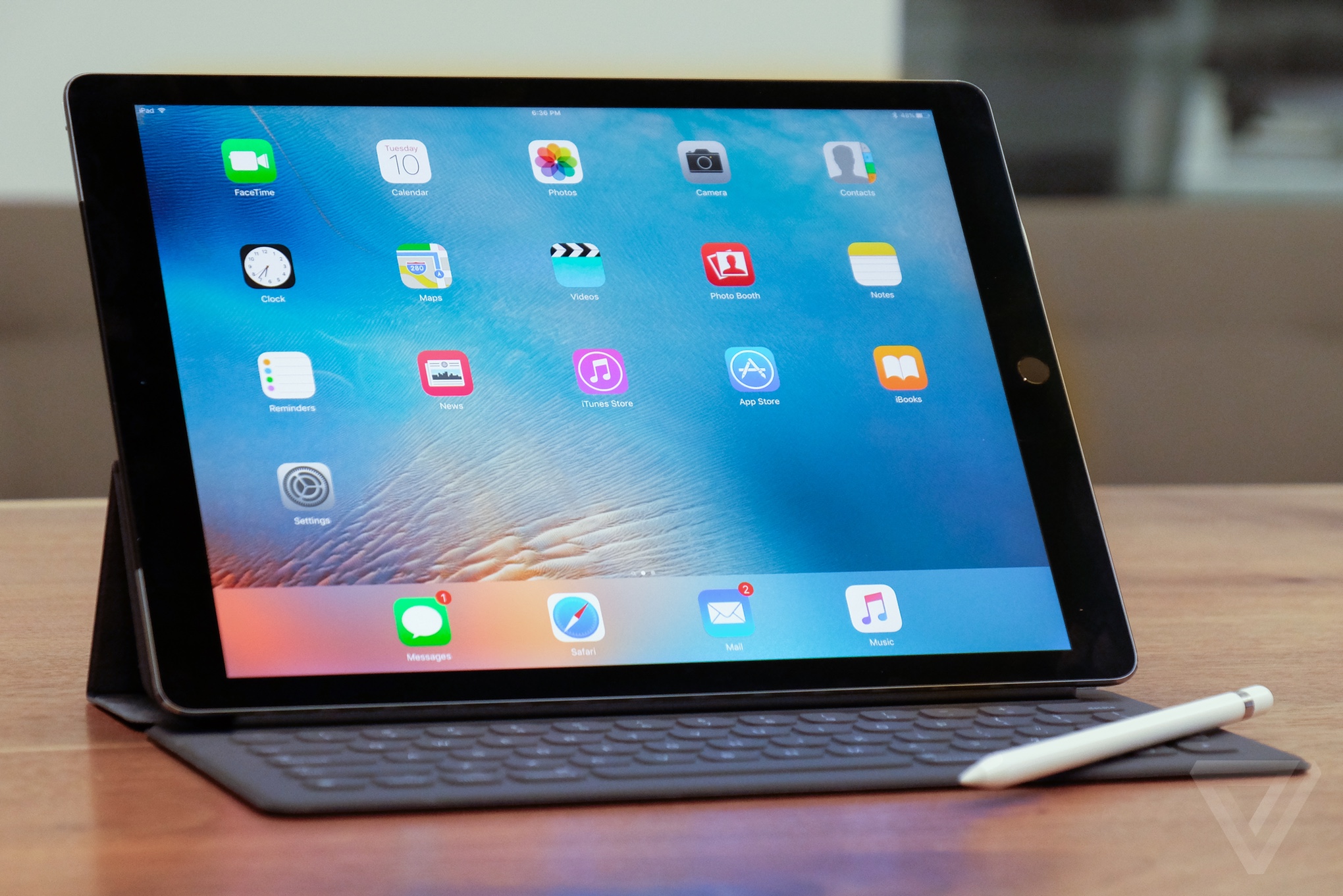 What's next for the iPad Air? We may still have to wait to find out. While Apple is expected to introduce a new 9.7-inch iPad this month, 9to5Mac reports that it may go under the iPad Pro name, rather than being positioned as the next step in the Air line. 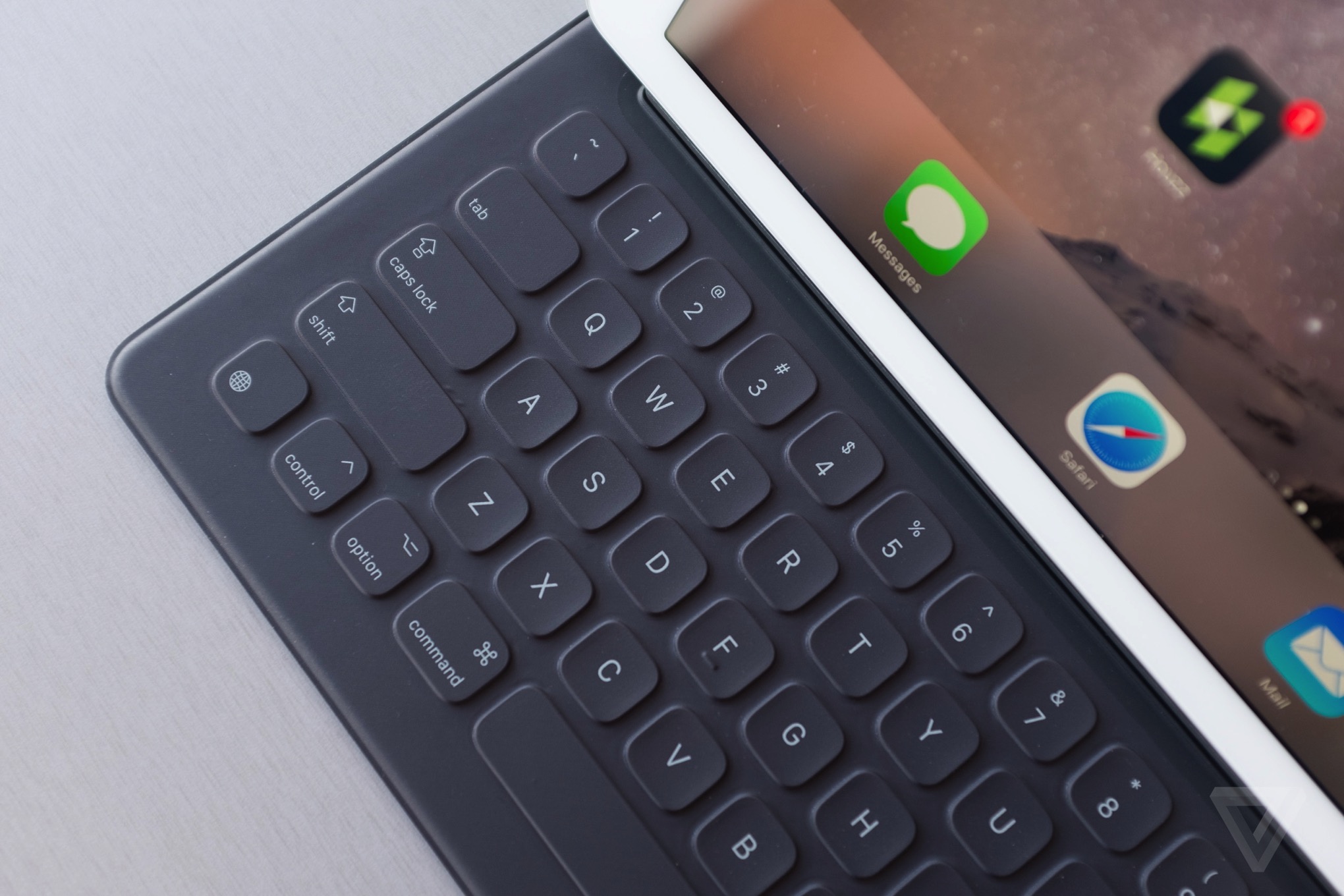 Being part of the Pro line means having features that set the Pro line apart. 9to5Mac reports that, like the 12.9-inch Pro unveiled last year, this new 9.7-inch model will have four speakers, stylus support, additional RAM and a faster processor, and be available in a 128GB storage capacity. And then there's the really key difference: it's reported to have a connector on its side for attaching a keyboard case, which is a big part of what lets the iPad Pro transform into more than a standard iPad. According to 9to5Mac, a base model of the new Pro, with 32GB of storage, will sell for $599 — $100 more than the base model of the Air 2.

One way or another, we're expecting to see a much more powerful 9.7-inch iPad than what Apple currently has on sale. It also means some interesting things for the Air line, should Apple really launch this one under the Pro name: it cements a clear division between Apple's high-end and low-end tablets, much like it's long had with laptops; that means we'll eventually start to see more differentiation between the two, with the Pro line receiving more powerful processors and features, while the Air line remains more affordable.

It's been almost a year since the Apple Watch launched, but it sounds like we're going to have to wait a little bit longer for a new one. TechCrunch reports that an updated Watch isn't coming yet — though there may still be some news. 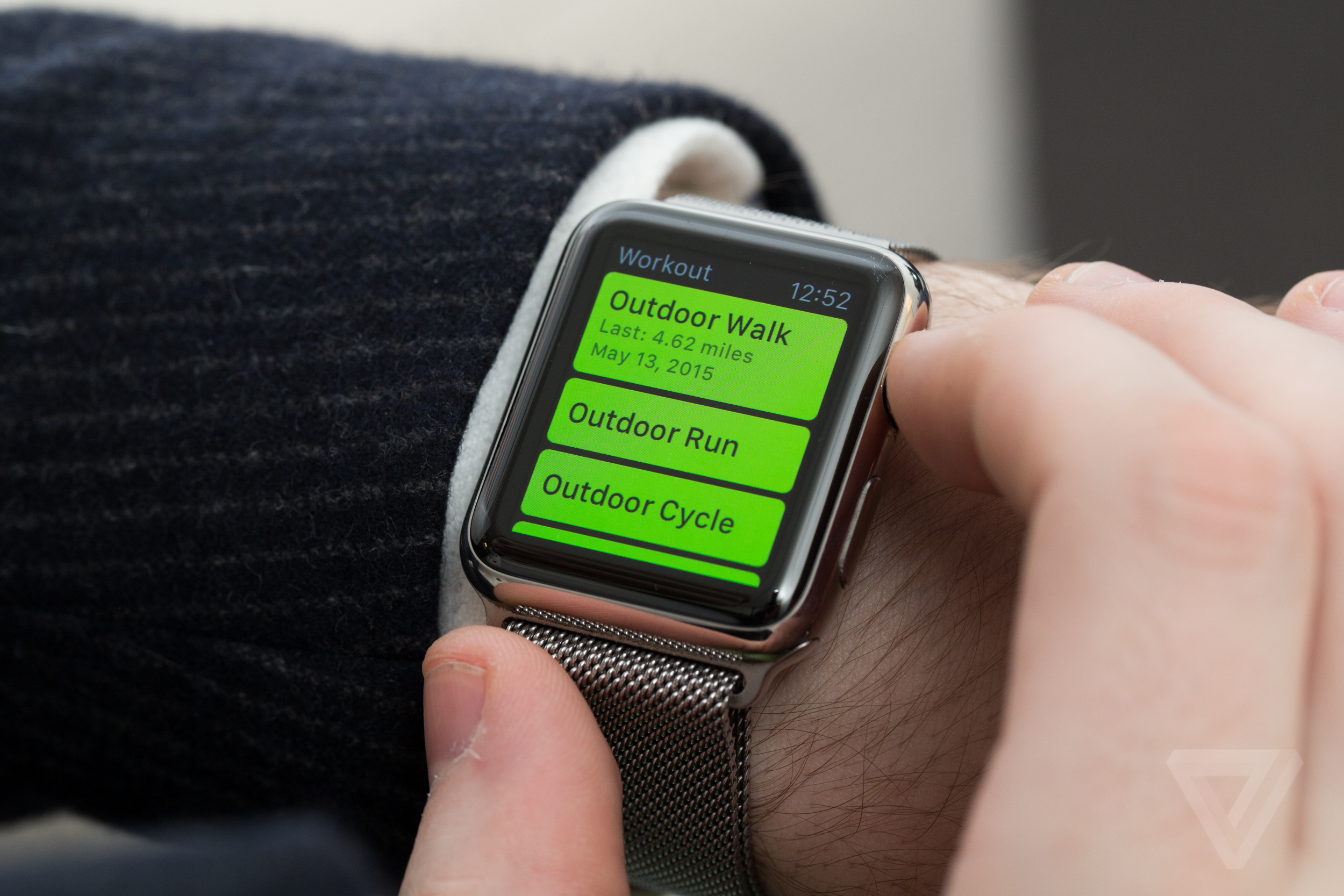 We still don't know what the Watch's update cycle looks like

What may be announced are new Watch bands. 9to5Mac reports that Apple plans to show new color options, and potentially bands made out of new materials or in partnership with additional high-fashion brands, as it did with Hermès. One possible inclusion? A black version of the Milanese Loop to match the Space Black Watch.

Alongside the new bands, Apple could release a small update to watchOS, version 2.2, to coincide with the event. It includes a tweaked version of Apple Maps and the ability to use multiple Watches with a single iPhone, in case, for whatever reason, you own more than one of them.

A full Apple Watch update is now tentatively expected for September, although that's hardly certain. We're yet to see how often Apple plans to update the Watch; it may not get refreshed on the same annual cycle that most of its products do. When it does get updated, the going rumor is that it'll get a FaceTime camera. 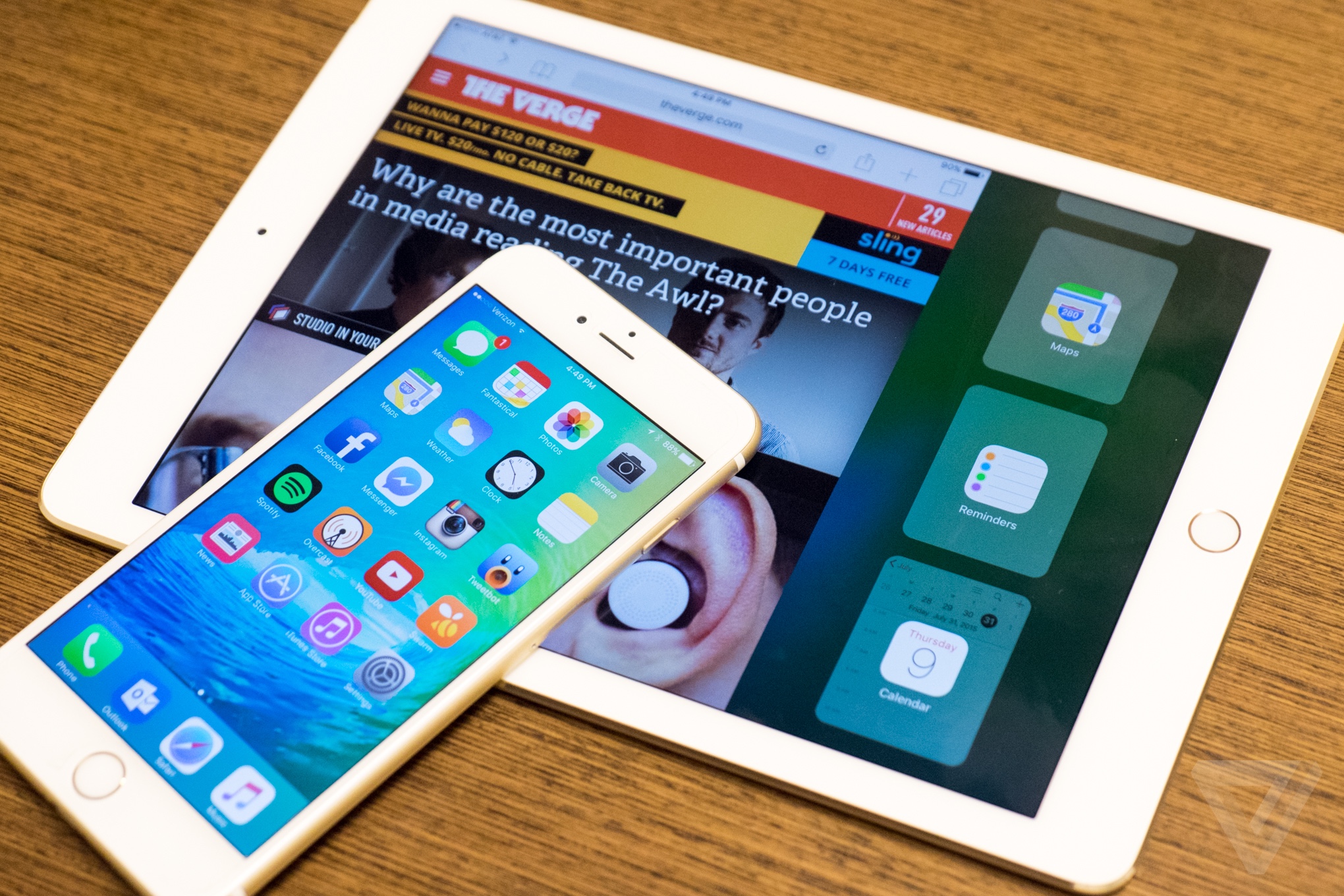 Apple doesn't usually do this, but it took some time in January to preview a mid-cycle update to iOS. This event may coincide with it going live.

iOS 9.3 isn't a "major" update to iOS, but it does have a few big features. They include a toggle that changes your iPhone's or iPad's display to use colors that are easier on your eyes at night, the ability to create notes locked away by Touch ID, and some improved Apple News recommendations.

Most people can't use iOS 9.3's most important features

Few people will be able to use the most important changes in iOS 9.3. Apple is adding a series of education features, including the ability to create profiles for multiple students on a single iPad, tools for managing a iPads across a school, and the ability for teachers to launch specific apps and websites on a classroom of iPads and check in on each student to see that they're following along. It's a key launch for Apple, which needs to keep improving the iPad experience to take on Chromebooks and Windows in schools.

Though there have been no specific reports saying that iOS 9.3 is due to launch on or around the 21st, it's likely that a release will come soon. Apple will probably want to have iOS 9.3 fully released by the time its early June developer event rolls around; given that it's launching two brand new iOS devices, now may be the moment to get it out the door.

And some encryption talk

You've probably heard by now that Apple is in a huge battle with the US government over whether it should have to break into an encrypted iPhone to retrieve data belonging to a terrorist. The next hearing for that case is scheduled for March 22nd, the day after Apple's event.

Apple has spoken to the public quite a bit over the past few weeks as it tries to clarify its position on encryption and public safety. Even so, it's hard to imagine Tim Cook overlooking an opportunity to speak directly to the press, and many other viewers, about his company's ongoing battle. Even if Cook doesn't say more than he's previously said, this is a key opportunity to get Apple's voice out ahead of the case's next development.

But (probably) no MacBooks or OS X

So there's going to be plenty of mobile talk, but what about the desktop? OS X updates will almost certainly have to wait until Apple's developer conference in June, where it typically previews the year's release.

The MacBook situation is a lot less clear. All three of Apple's laptops — the MacBook, MacBook Air, and MacBook Pro — are due for an upgrade. We'll almost certainly see some of them refreshed in the next few months. But how soon that happens depends, in part, on processor availability. Intel's new processors are out there, so it's possible that we'll see something this month. But so far, there hasn't been much noise pointing in that direction. It sounds like we'll be waiting on those, too.

Update March 18th, 11:30AM ET: This story has been updated to include two recent reports from 9to5Mac, on pricing and design.

Read next: Our iPhone SE review