The Verge Review of Animals: The face mite

The Verge Review of Animals: The face mite

Listen up: there are mites on your face. Yes, right now.

I hope you're still here and haven't tried, like, washing your face with bleach. (Please do not wash your face with bleach.) I mean, if you have, the mites are still there. They belong to the genus Demodex, along with a lot of other mites that spend their entire lives in and around the pores of mammals.

So what are these weird little arachnids doing on your face? Minding their own business is what — just crawling around, eating, and having sex on your face. The good news is they don't poop. The bad news is that when they die, they do finally release their feces. Oh, also, they're laying eggs in your pores. 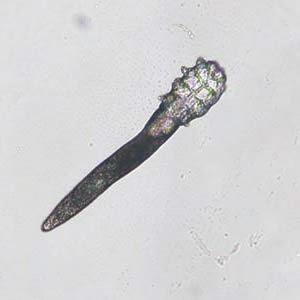 There are two species associated with humans, D.folliculorum and D.brevis. Both share roughly the same body plan: a cucumber with eight legs stuck on the front, though D.folliculorum is bigger (they're around 0.04 mm in length). They've been found in roughly 100 percent of people over the age of 18 who've been sampled, according to the Ron Dunn lab, which studies the little beasties. Babies are born without them, but parents infect their children, usually by kissing or cuddling. Because of the geographic signatures in their DNA, it's possible to tell where the mites originally came from. That may make them useful in tracking human migration.

As I've previously established, bodies are disgusting. As such, they make excellent habitats. We host a wide variety of other creatures, including bacteria and fungi, as well as various parasites. Unlike your average parasite, though, Demodex isn't trying to get into your body — it just wants to chill on top. And it's not just interested in your face, though it's especially fond of all the yummy sebum there. It likes any oily part of your body, really — genitals are another popular location for these lil' guys. No one seems to be quite sure what they're eating; some scientists say dead skin cells, others say skin bacteria, and still others say it's the cells that line the pores.

just crawling around, eating, and having sex on your face Gross as they are, they're mostly harmless. They have, however, been linked to rosacea, a skin condition associated with redness on the face, visible blood vessels, and changes in the skin's texture. Rosacea is common, and about 14 million people in the US have it. The specific nature of the relationship between rosacea and face mites isn't clear. People with rosacea have an increased number of Demodex mites on the affected areas of the skin — though, in fairness, plenty of people without the skin condition have lots of mites too. It's possible that the changes in the skin just make it more appealing to face mites. Some scientists, however, think the mites' feces make the condition worse, since the bacteria contained in their posthumous poops may inflame the skin.

Can you get rid of them? Here's the real horror: not forever. It's possible to remove them from your face for a few weeks, but normal human contact — hugging, kissing — will bring them back. As will bedding, towels, and basically anything else touched by people. They're everywhere.

I am trying very hard for the purposes of the review to find them hateable, but honestly, I can't. Demodex are so committed to being gross that I'm actually impressed. Their deaths are next-level grisly, what with all the poop; they're hideous to behold; and they live on our faces, for crying out loud. In our very skin. And even when we remove them, they come right back. I would like Hollywood to explain right this very minute why these creatures have never been the inspiration for a horror movie.