Devialet wants its sound tech in everything you use

Devialet wants its sound tech in everything you use

Last summer, I spent some time with the Devialet Phantom, a ridiculously loud, bulbous mass of a wireless speaker. The Phantom, which comes in two, expensive flavors, can hit deafening volumes of over 90db. It also looks like something straight out of Portal.

While the Phantom is a product that’s actually for sale in places such as the Apple store, its real purpose is to showcase Devialet’s audio technologies. In a recent interview, Devialet CEO Quentin Sannié explained that the company’s ultimate goal is to get its technology into everything from phones, to cars, to television sets — really, anything that outputs audio.

The Phantom is a showcase for two of Devialet’s developments: a software-based technology called Speaker Active Matching (SAM) and a hardware-based amplification system that combines an analog amp with a digital one. Sannié says that the SAM algorithm could be implemented into any digital signal processor, even the one in your phone, and can improve the sound quality of hundreds of devices. The algorithm is developed by measuring the behavior of each speaker and then creating a mathematical model to control how the speaker behaves. This measurement process can be done in about 10 minutes using special, laser-based tools the company developed for it.

The Phantom is a showcase for Devialet's technologies

Sannié says that a system using SAM can reproduce lower frequencies without changing its hardware at all, and it can even enable noise-cancellation without the need for a subwoofer. It’s part of the reason that the Phantom’s relatively small drivers move so quickly when the volume is cranked up and have little to no distortion. Sannié claims that SAM could even be used by a streaming service to optimize audio before it’s even delivered to a listener. A user could tell the service what kind of speakers or headphones they are using and the sound would be tailored just for them. 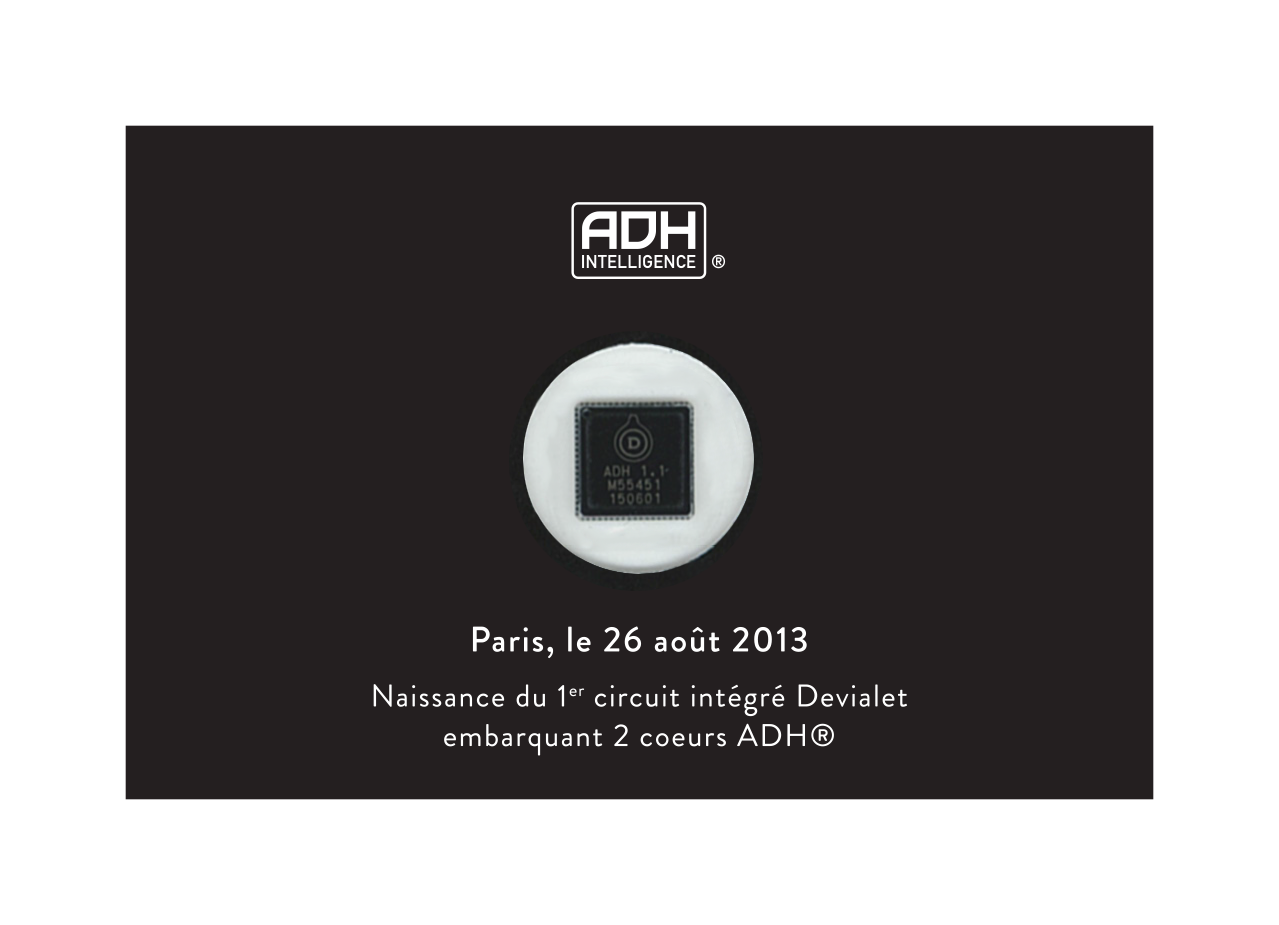 On the hardware side of things, the ADH (Analog Digital Hybrid) amplifier could be utilized in variety of larger devices, namely TVs and cars. It combines the properties of Class A amplifiers (lots of power) with the efficiencies of Class D amplifiers, while eliminating the downsides of each (heat and distortion in the case of Class A, lack of power in the case of Class D). The Phantom actually uses two ADH amps, which helps it obtain its ear-splitting volume. Sannié says that it could take a year or so for a TV manufacturer to integrate the ADH into its products, while an automaker might take a little longer.

Devialet doesn’t have any licensing partnerships to put its technology into products just yet, but it plans to have some lined up before the end of the year. Sannié also says it’s looking to secure investment from US companies — up to now, Devialet’s main investors have been French — which will help transition it from being mostly a hardware company to a more software-focused firm. Showcase products, like the Phantom, will continue to be part of Devialet’s portfolio.

With Devialet positioning itself as a technology company and not just a boutique speaker and amplifier maker, it begins to sound a lot like another audio technology company: Dolby. Thousands of personal audio products have used Dolby’s technology over the past few decades, and its name has become synonymous with "better sound", even though you can’t actually buy a Dolby branded speaker or amplifier. Devialet may only be four years old, but if its reality is anywhere near its ambitions, it could be the Dolby of tomorrow.