Google's remained quiet since announcing its plans to remake its Mountain View, California headquarters, other than saying it wants to build giant glass canopies instead of a traditional roof. Now, we're getting a clearer idea of what the company is imagining.

Mountain View's planning officials uploaded the company's official application to the city online today. Included in the document are details of the building — known as Charleston East — as well as more thorough renderings. The canopies are still there, though they're more refined, along with ample outdoor space for people to lounge with their gadgets. The project consists of 600,000 square feet of space, 45,000 square feet of interior landscaping, and an 18,500-square-foot "public route" through the building. There will also be 1,200 parking spaces, 660 long-term bike parking spots, 440 short-term bike parking spots, and 400 shared bike spaces. Apparently Google employees love biking! 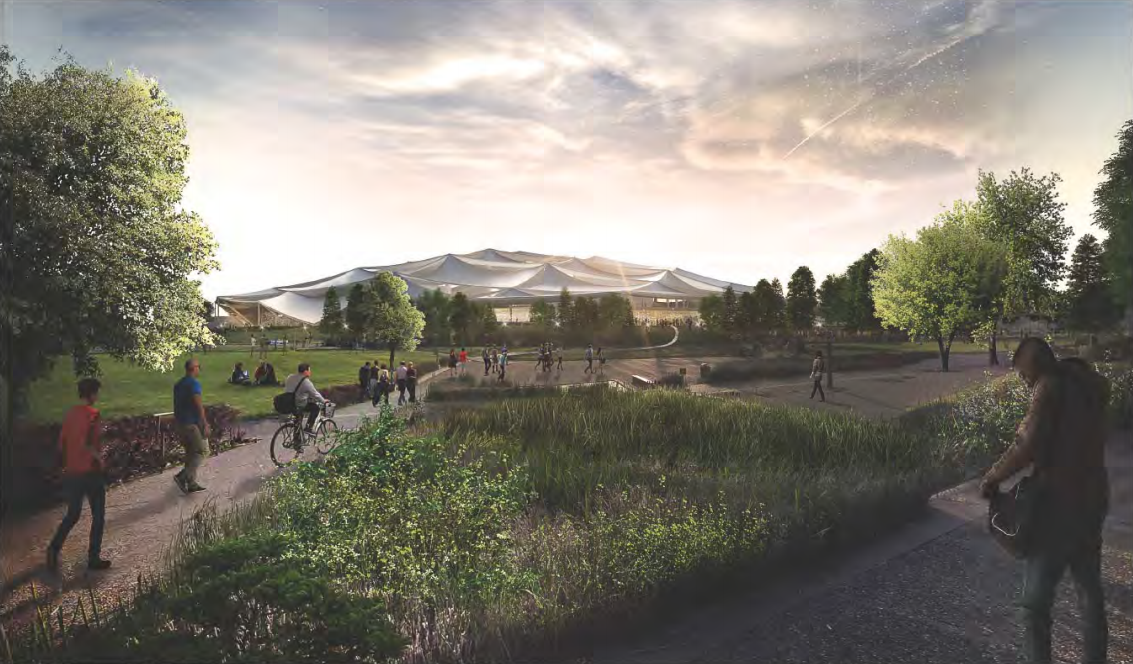