A new look for the new year

A Fitbit, for better or worse, looks like a Fitbit. For the past seven years Fitbit’s product design has skewed toy-like, friendly, utilitarian. A Fitbit won’t be mistaken for jewelry; it’s not high-fashion, though it may try; it’s a Fitbit.

But that doesn’t mean Fitbit isn’t susceptible to the trends of its own industry, one that it helped firmly establish, and the new $130 Fitbit Alta is the best example of that. The company has eschewed a clunky wristband for one that’s a little bit more delicate. The Alta is slimmer and sleeker than Fitbit’s Charge, Charge HR, and Surge wristbands. The plastic band that ships with the Alta can also be swapped out for a softer, genuine leather one, giving it even more aesthetic appeal.

It’s a trend we’re seeing more of: companies like Fitbit, Misfit, and Fossil have all stepped firmly in the direction of “fashionable” wearables this year, the idea being that if they don’t look good, you won’t wear them, and if you won’t wear them, they’re useless. Jawbone, while its products have had some technical issues, also deserves mention for making attractive, bracelet-like activity-trackers since 2011. 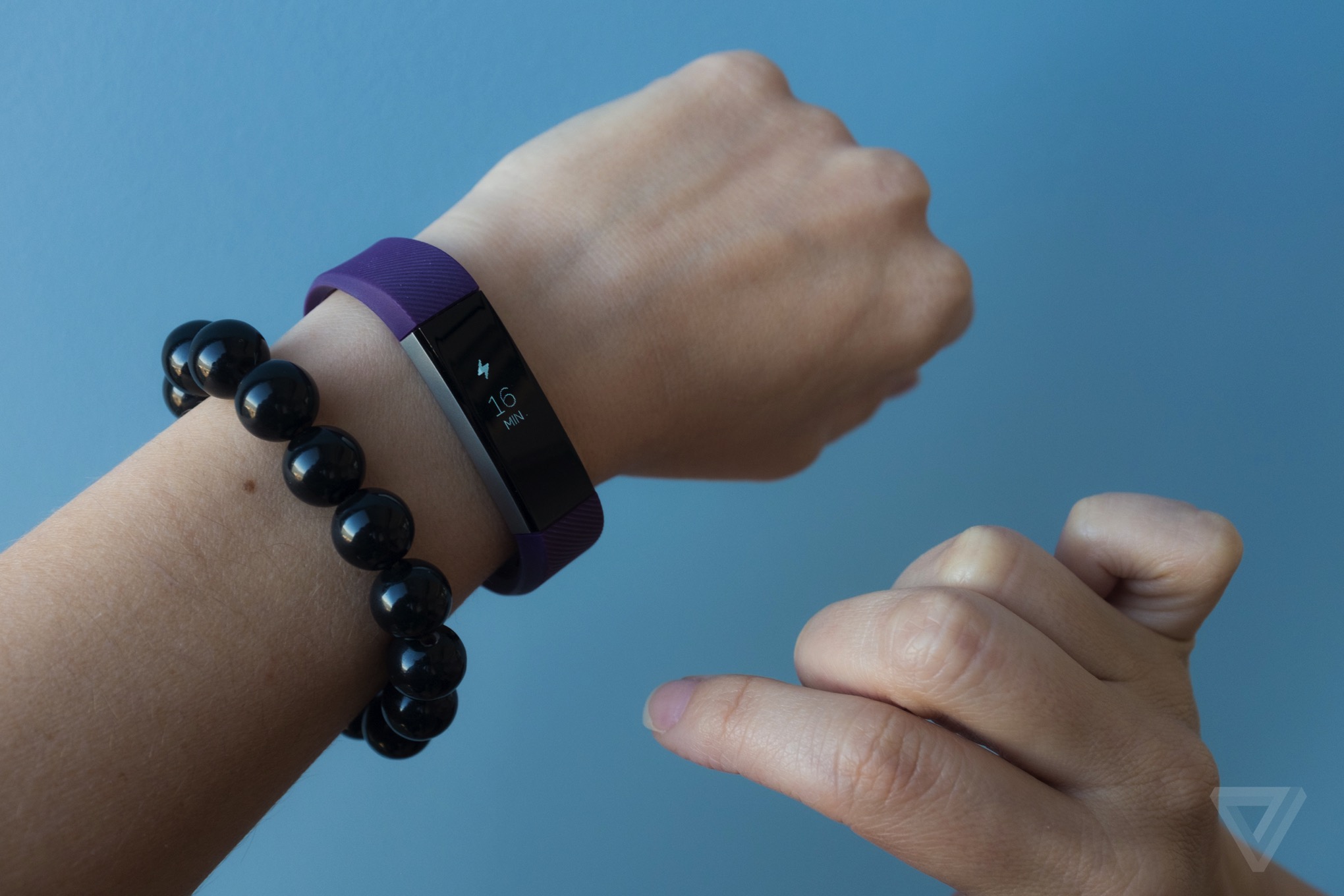 But the Fitbit Alta still looks like, well, a Fitbit, and that’s largely because of one of its biggest differentiators: its display.

The Alta has a scratch-resistant OLED display, cased in stainless steel, that takes up a large portion of the top of the band. The display is convenient; it means you don’t have to open up the Fitbit all to see the time of day, how many steps you’ve taken, distance traveled, and calories burned.

But the Alta’s display, for all its convenience, is the thing that screams "Activity-tracker!" from across the room. Has Fitbit made a nicer-looking Fitbit? Absolutely. I’ve been wearing it for well over a week, and I like it. It’s even easier to put on than other Fitbits (whereas the clasps on the newer Jawbone UPs drive me nuts). But at its core, is the Alta much different from other Fitbits? No.

a fancy fitbit that still looks like an activity-tracker

The Alta tracks your daily activity levels, your sleep, and some of your fitness sessions. That’s it in a (pretty and modular) nutshell. It doesn’t have heart rate sensors, and it doesn’t have GPS. 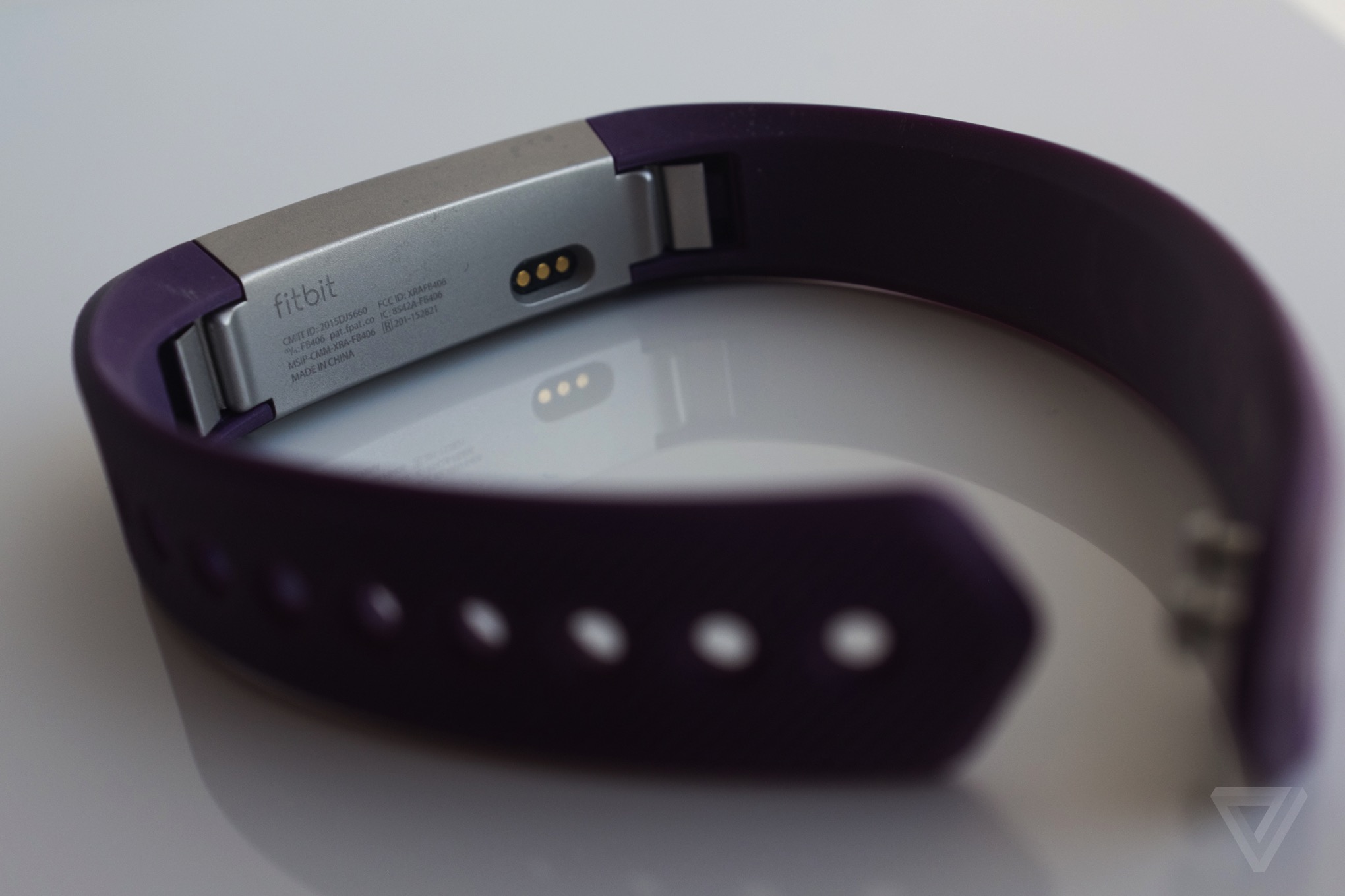 Tapping on the Alta’s display twice wakes it up, and each subsequent tap lets you cycle through all of your activity stats. The display is also supposed to light up when you raise your wrist, although this only works when you very intentionally rotate your wrist, not just lift it. On several occasions, when I felt a vibration from a phone call or text message notification, I would raise my wrist and the display would still be dark.

The Alta does have move reminders, something that the new $200 Fitbit Blaze lacks, which means it will nudge you to move when you’ve been sedentary for too long. These reminders are cute, too. It will say "Feed me steps!" like a 2016 version of a Tamagotchi, although that reference might make any wearable-maker cringe.

the alta's biggest differentiator is its tap-sensitive display

The Alta also has Fitbit’s "smart tracking" feature for exercise, something that the Fitbit Charge HR and Surge have. This means that the wristband can automatically detect when you’re doing certain high-intensity activities -- a good thing, because there isn’t a single button on the Alta that would let you start or stop recording an exercise session.

For the most part, though, these exercise sessions have to involve a lot of movement in order for the Alta to auto-record it. It recognized when I went on a brisk 15-minute walk, but didn’t recognize yoga classes, light weight training, or indoor cycling (a few of the activities I can manage while I’m currently injured). In terms of accuracy, the Alta tracker seemed accurate in recording distances overall, and my step count never seemed wildly off, but this review does come with one caveat: I have not been able to test running distances while wearing it, something that we’ll plan to update in the future. 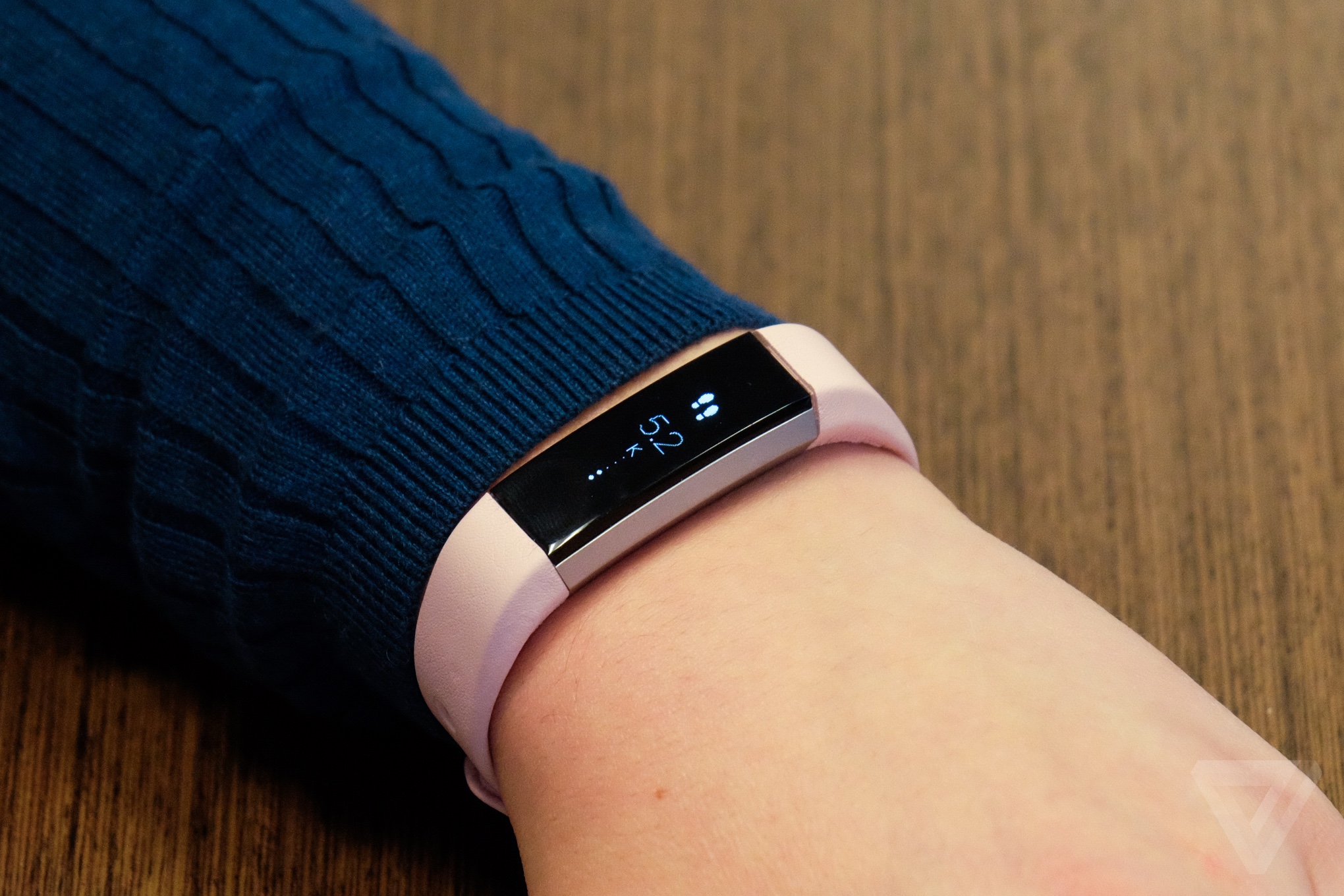 The Alta also does automatic sleep-tracking, but there’s once annoyance that accompanies this: the display sometimes lights up when you toss/turn/change sleeping positions in bed, and holy crap, can that little thing on your wrist light up a dark room. You have to remember to open the Fitbit app on your phone and turn off "Quick View" before going to sleep. I’ve experienced these flashing-lights-in-the-dark before with wearables that have optical heart rate sensors, but with the Fitbit Alta, the annoyance seems especially offensive: the thing won’t always light up when you raise your wrist to see it during the day, but will disrupt your sleep at night if you don’t turn it off.

Fitbit has set battery-life expectations for the Alta at five days per charge. In my experience, the Alta did a bit better than that, lasting about a week on a single charge. I find this to be kind of a sweet spot with rechargeable activity trackers; it’s long enough so you can just forget about it and wear it, but not so long that you forget where you put the darn proprietary charging cord. 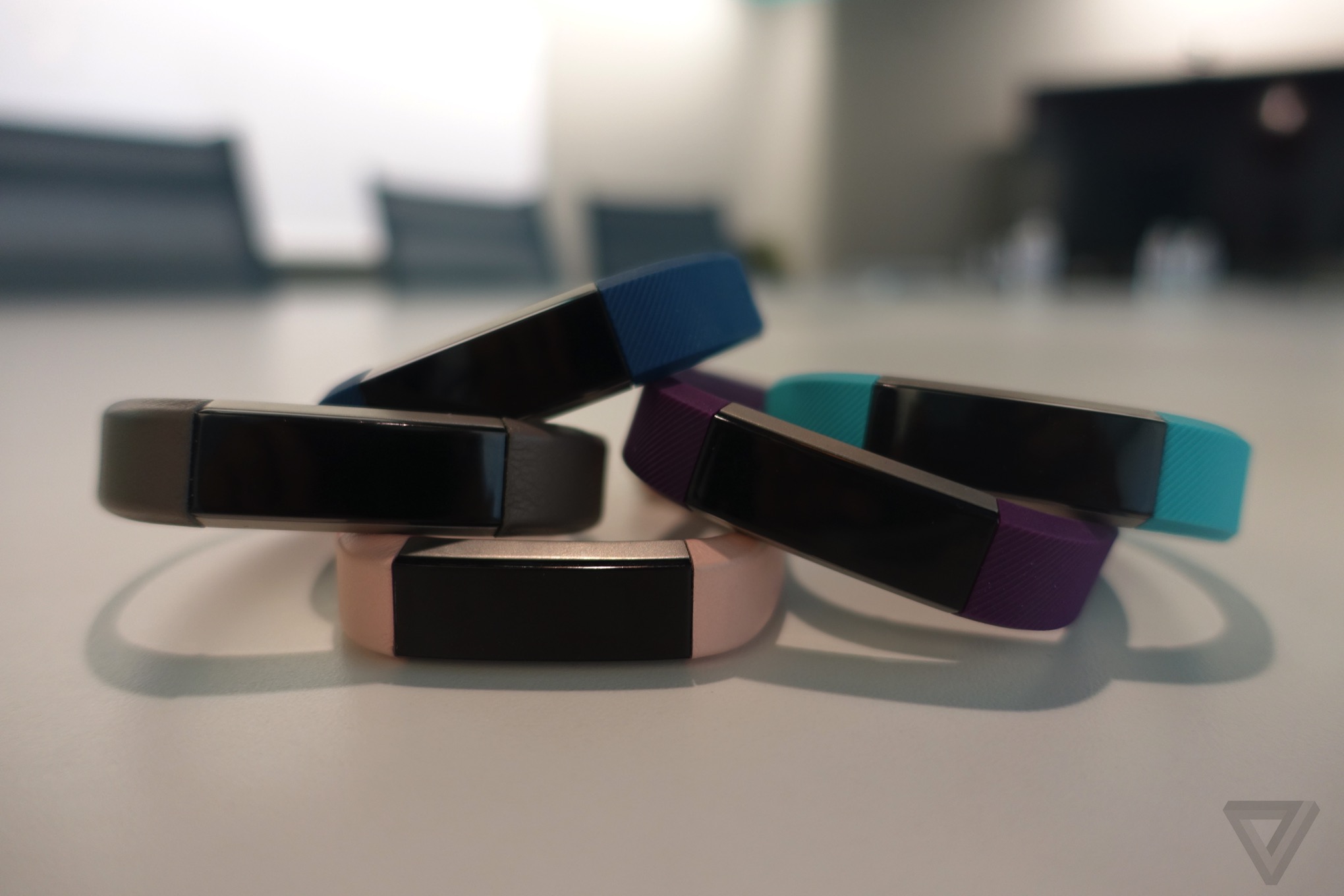 I’d be remiss if I didn’t mention the software component of all of this, which is arguably even more important than the new hardware. One of Fitbit’s biggest advantages has been its agnostic approach to software: you can use a Fitbit whether you have an iPhone, an Android phone, or a Windows phone. You don’t even need a phone, actually! You can wirelessly sync your data to Fitbit on your PC. But really, the important part is the mobile app. And that part really isn't very compelling.

Fitbit hasn’t made any major changes to its mobile app since its last new products were released, with the exception of now showing exercises that were "smart tracked" and letting you set weekly exercise goals. It has the same familiar dashboard.

The food-logging aspect of the app is just okay. I find something like MyFitnessPal to be faster and more user-friendly. Fitbit has said repeatedly that its customers do better when they’re socially motivated by others, so there’s a "Friends" section of the app where you can connect with — and compare with — other Fitbit users. And Fitbit has a whole bunch of partnerships with other app-makers so you can share data directly directly to those — apps like Strava, MyFitnessPal, RunKeeper, MapMyRun, and Fitbit-owned FitStar.

But Fitbit’s mobile app is still devoid of any real "insights" around your activity levels, something that Jawbone, Microsoft, and others offer in their health software. And Fitbit has stubbornly resisted working with Apple’s Health app and Google Fit on the backend, which means if you do opt to use that software, your Fitbit stats won’t be shared to those apps.

Fitbit, more than any other maker of activity-trackers, had an opportunity to blow people away at the start of a new year with a newly-designed, much more fashionable, much more capable Fitbit, simply because of its overwhelming name recognition. What we get with the Alta, though is a nicer, prettier Fitbit, with the same tech as last year’s Fitbits.