The New York International Auto Show (NYIAS) starts next Wednesday the 23rd, and while it's not the biggest show of the year, it inevitably brings a few interesting surprises: last year, for instance, we saw the debut of the lovely McLaren 570S, the launch of the incredibly expensive Range Rover SVAutobiography, and the return of the Lincoln Continental. Automakers are coming here to play, because it's one of the three most important car shows in the US — the others being Detroit and LA — and because it's a great counterbalance to the hypercar excess of Geneva a few weeks prior. A new Bugatti might sell tickets to the show, but it's not going to get many people into dealerships.

On that note, let's take a quick look at some of the things we're expecting. 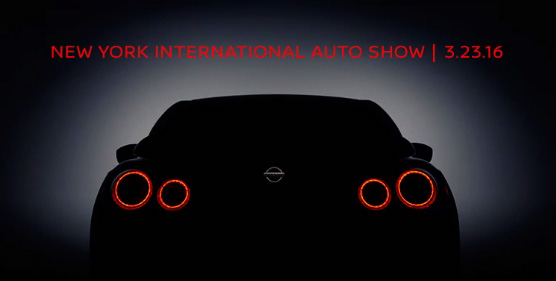 "Godzilla" — a more-than-deserved nickname for Nissan's ferocious sports car — is getting old. Don't get me wrong, the GT-R is aging well, but it's still aging. The next-generation car is still a ways off yet, so in the meantime, Nissan will be showing off a refreshed version of the current R35 model, presumably with updated interior and exterior bits. Look for it to debut at Nissan's press conference on day one of the show.

The press conference invitation that Mazda sent to The Verge reads, "Help us blow the lid off at the New York Auto Show." That's probably a clue. Autoweek and others think it means we're getting a hardtop Miata; Mazda has made a retractable hardtop version of the car in the past, so it wouldn't be out of character.

Hyundai already showed its Prius competitor, the Ioniq, back at Geneva — but this is the first time we'll get an up-close look at it on US soil. It's notable not just for going up against Toyota's iconic hybrid, but for the fact that it'll be offered in three flavors: standard hybrid, plug-in hybrid, and fully electric. (Toyota has done plug-in versions of the Prius, but not a full electric.)

I'm more curious to see Hyundai's Genesis "New York Concept," though. We don't know much about this car yet apart from a teaser, but it previews the high-end Genesis sub-brand's new design direction — and from what we can see so far, it looks pretty great.

A new kind of Toyota Prius

Speaking of the Prius, Toyota says that "the next mechanical marvel in the Prius lineup" will debut at NYIAS this year. It just revamped the core model late last year, so this will be a new variant — and it seems like a big deal, because the taillight pattern in the teaser is totally different. In other words, this is more than a mere plug-in hybrid or EV version of the plain vanilla Prius, but we don't know much more than that yet.

With a new Camaro comes new versions of the Camaro — and now that all the base models are in place, Chevy is pulling out the big guns. NYIAS will be the first show for the ZL1, which was just announced. The big story here is a 640-horsepower supercharged V-8 mated to a 10-speed automatic transmission (or a six-speed manual, if you prefer) that'll propel the pony car to Mustang Shelby GT 500-like speeds. I'd expect that the Z28 — Chevy's lightweight, track-ready GT 350R competitor — isn't that far behind.

You know how Apple has a reputation for "winning" shows like CES when it isn't even there? Tesla has a reputation for doing the same — and it's likely that the Model 3 will be one of the most talked-about cars at next week's press events. The car is expected to debut at an event at Tesla's Hawthorne, California facility about a week after NYIAS' press days, and it's a big deal: this will be the company's first mass-market car when it goes to production in 2017, promising a $35,000 sticker and practical electric range.