Did Chris Christie’s soul escape his body, and if so, where did it go?

Did Chris Christie’s soul escape his body, and if so, where did it go?

In the afterglow of Super Tuesday, one question is on the lips of wonks and commentators across the nation: Did we just witness Chris Christie's soul pry open the governor's lips and escape, discarding his flesh like a human locust shell? And if so, is Chris Christie's soul, at this very moment, floating aimlessly through the musky air of Palm Beach, Florida?

I believe the answer to both questions is yes, and like a high school math student on a quest for an A+, I am eager to show my work. I've transcribed my internal quest for the truth.

Of course. Civilization is balanced atop the delicate assumption that we humans have souls, and that after we die, those souls will go somewhere either unfathomably pleasant or horrifying. Cities have been built and burned around the sanctity of our souls.

Do souls try to escape the human body before death?

You know when you're about to fall asleep, then you jolt back into the waking life: that's actually your body snatching your soul as it tries to make a sneaky getaway while your conscious mind is distracted by dreams.

Why would a soul want to do this?

The verdict is still out. Maybe the soul just needs some alone time. Maybe it wants to see the world. Maybe it thinks sleep is death. In arguably Shakespeare's most famous monologue, Hamlet says, "To die, to sleep, / to sleep, perchance to Dream; aye, there's the rub, / For in that sleep of death, what dreams may come."

Do you feel like a big man for quoting William Shakespeare?

Well I did until now.

Are we certain Chris Christie has, or at least had, a soul?

Yes, and we know this because he enjoys Bruce Springsteen. If Chris Christie didn't have a soul, he'd be a Bon Jovi fan.

Why would Chris Christie's soul choose to abandon its host?

Chris Christie has had a less than glamorous past couple years. His second term as governor of New Jersey has been mired in controversy, and his run in the GOP presidential primary fizzled like pop rocks dumped in a glass of warm milk.

Like Jeb Bush, Christie is yet another assumed GOP presidential nominee that never found traction with the American public. His heart must feel like a boiler room of disappointment, stress, and delusion.

Of course a soul, in such circumstances, would consider surfing Craigslist for a new roommate. You know, while Christie figures things out. It doesn't have to be a permanent split. The soul just needs some space.

Why would Chris Christie's soul choose to escape his body on live television? Why not wait until bedtime?

Because a human being who embodies all of Christie's worst attributes and none of the good ones is standing feet away from him, saying what Christie knows to be political nonsense, and in doing so, that man is guaranteeing himself the Republican presidential nomination — the very nomination Christie was seeking mere weeks ago.

The boiler has exploded, shredding Chris Christie's heart into a pulp-covered blood stub. The soul hasn't chosen to leave, so much as it has been forcibly evicted.

Do we have visual evidence of Chris Christie's soul escaping his body?

Hmm, it's missing something. 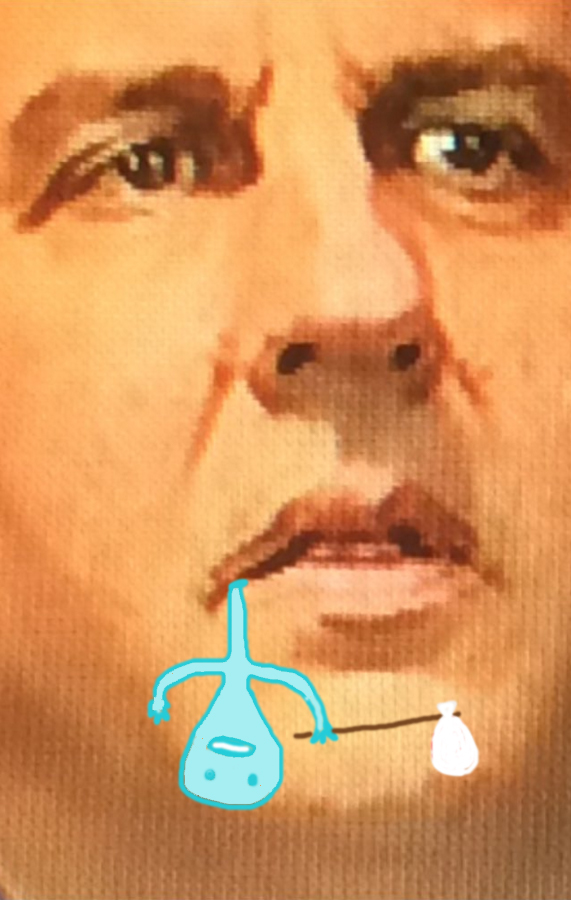 (Artistic representation of the invisible soul.)

I have to say, this checks out.

Was it the cartoon soul caring the bindle that convinced you?

Yes. So where did Chris Christie's soul go, anyway?

I thought long and hard about this. The soul would want to go somewhere warm and beautiful, but also where nobody would look for it. Then it hit me. Sewer Shark on the SEGA CD. The soul of Chris Christie traveled back in time, and buried itself within Solar City in the forgotten full-motion video game Sewer Shark. 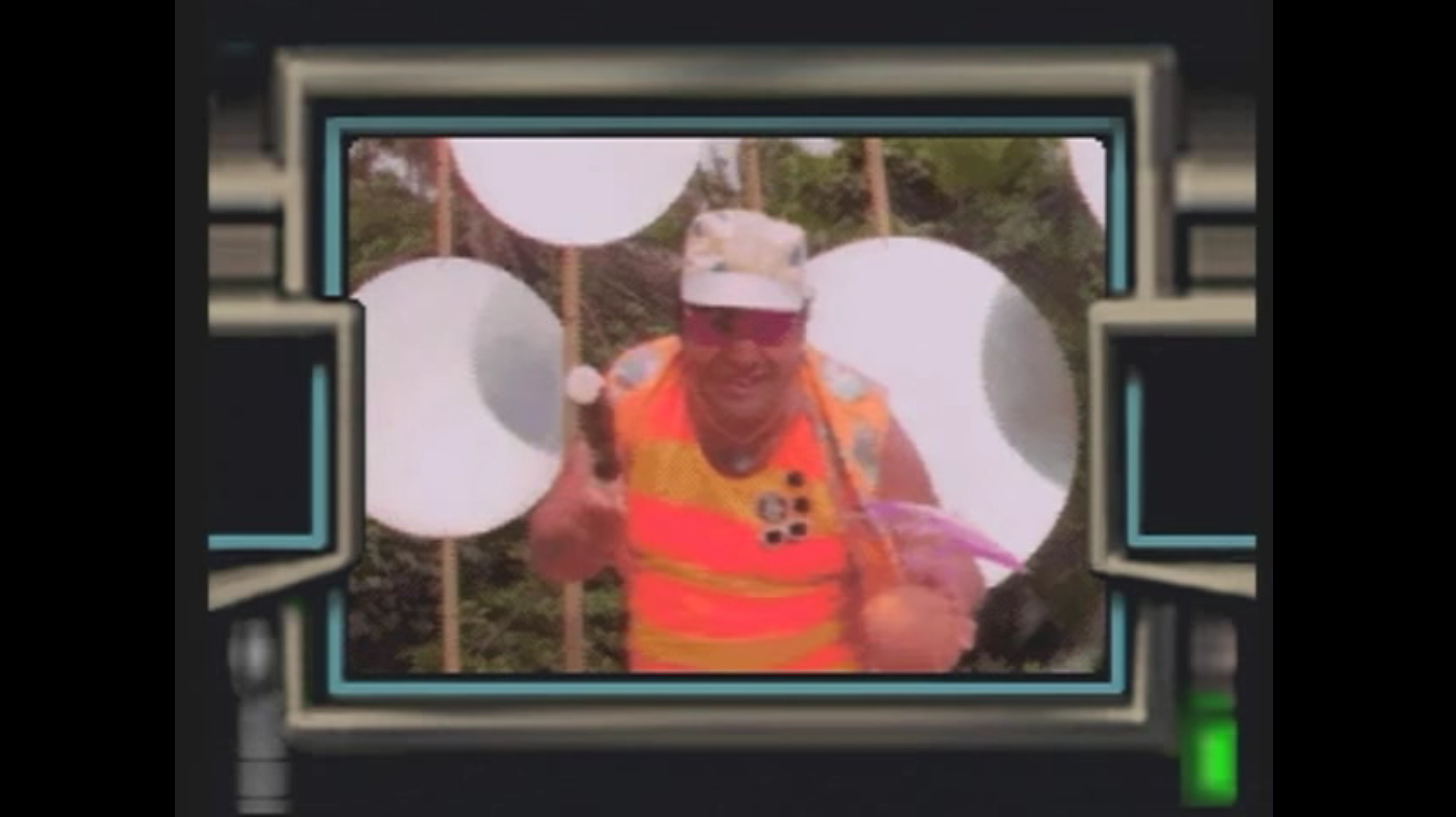