But I just don't know

Last week I put a strange pair of headphones on. They're designed to stimulate your vagus nerve, which then is supposed to trigger a small boost in dopamine in your brain, subsequently relaxing you.

I have no idea if they work, despite having used them for a solid half hour.

The Nervana (yes, that's spelled correctly, because it's a pun) headphones don't claim to get you high — but the tiny Boca Raton, FL company that's producing them will come right up to the line of saying it. That didn't stop everybody who tried it this year at the Consumer Electronics Show from saying it happened to them. As for my experience, I don't know if I got high. I definitely felt lightheaded, but it was the kind of light-headedness that makes you unsure whether it's a real effect or if you just forgot to eat lunch and are convincing yourself that it worked. 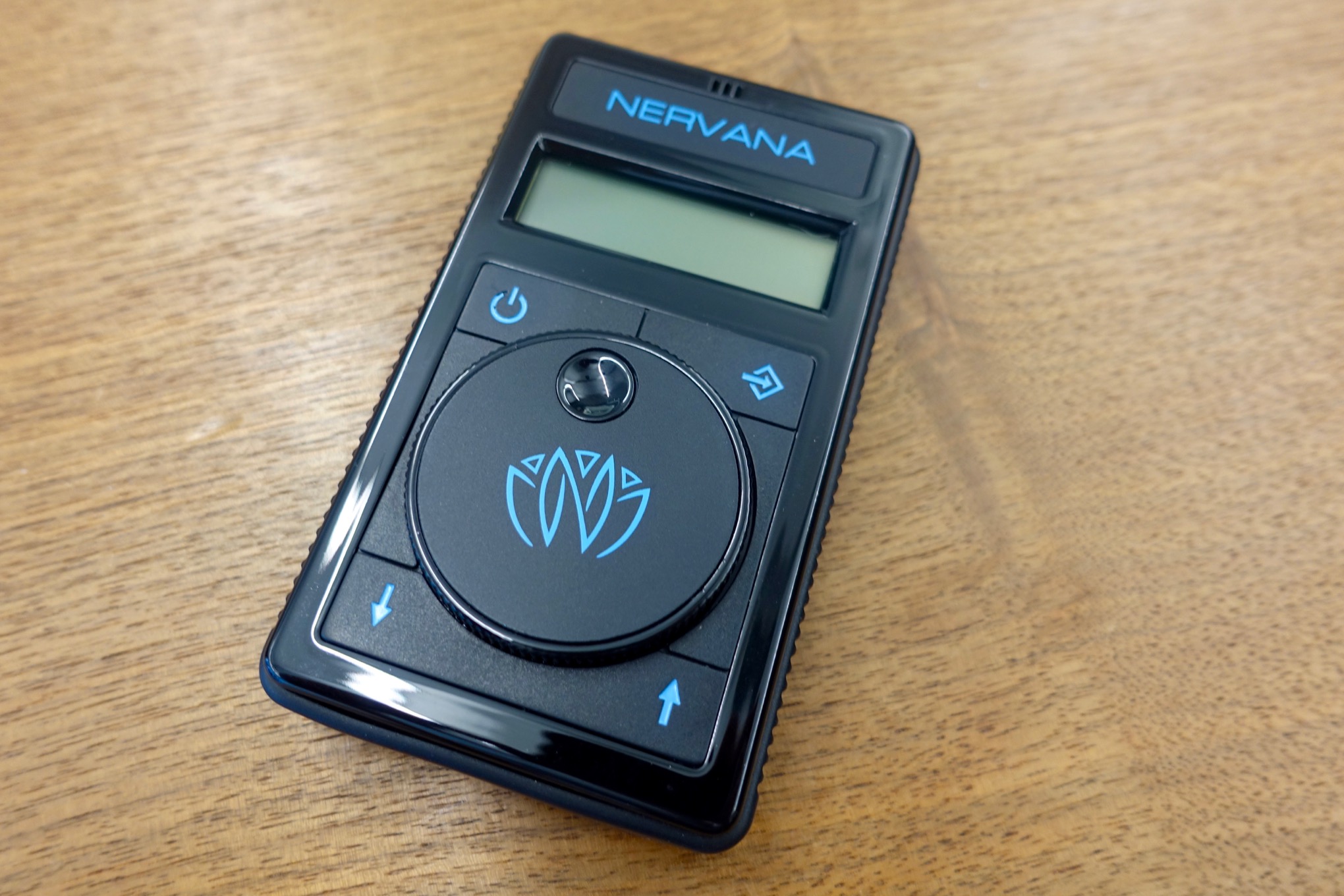 The headphones come in two parts; there's a large, chunky box that sends the electrical signals in pulse with your music or the ambient noise of the room and a specific pair of headphones that are designed to deliver them. Actually, only the left headphone (marked in blue) delivers a signal. That's because the vagus nerve on your right side is more closely connected to your heart, so stimulating it with electrical pulses from a device that hasn't been tested in clinical trials is a Very Bad Idea.

Vagus nerve stimulation (VNS) is actually well-established science. Stimulation boxes can be implanted in people with epilepsy or otherwise untreatable clinical depression. But while VNS through a surgical implant has been used by doctors, doing it without surgery is a bit newer and perhaps less established.

What's definitely not clinically tested to be both safe and effective is this box you buy by backing it on Indiegogo — though apparently that concern hasn't stopped nearly 900 people from doing so as of this writing. The company that makes it tells me that it may conduct such trials in the future, and that it "has been tested on hundreds of adults." 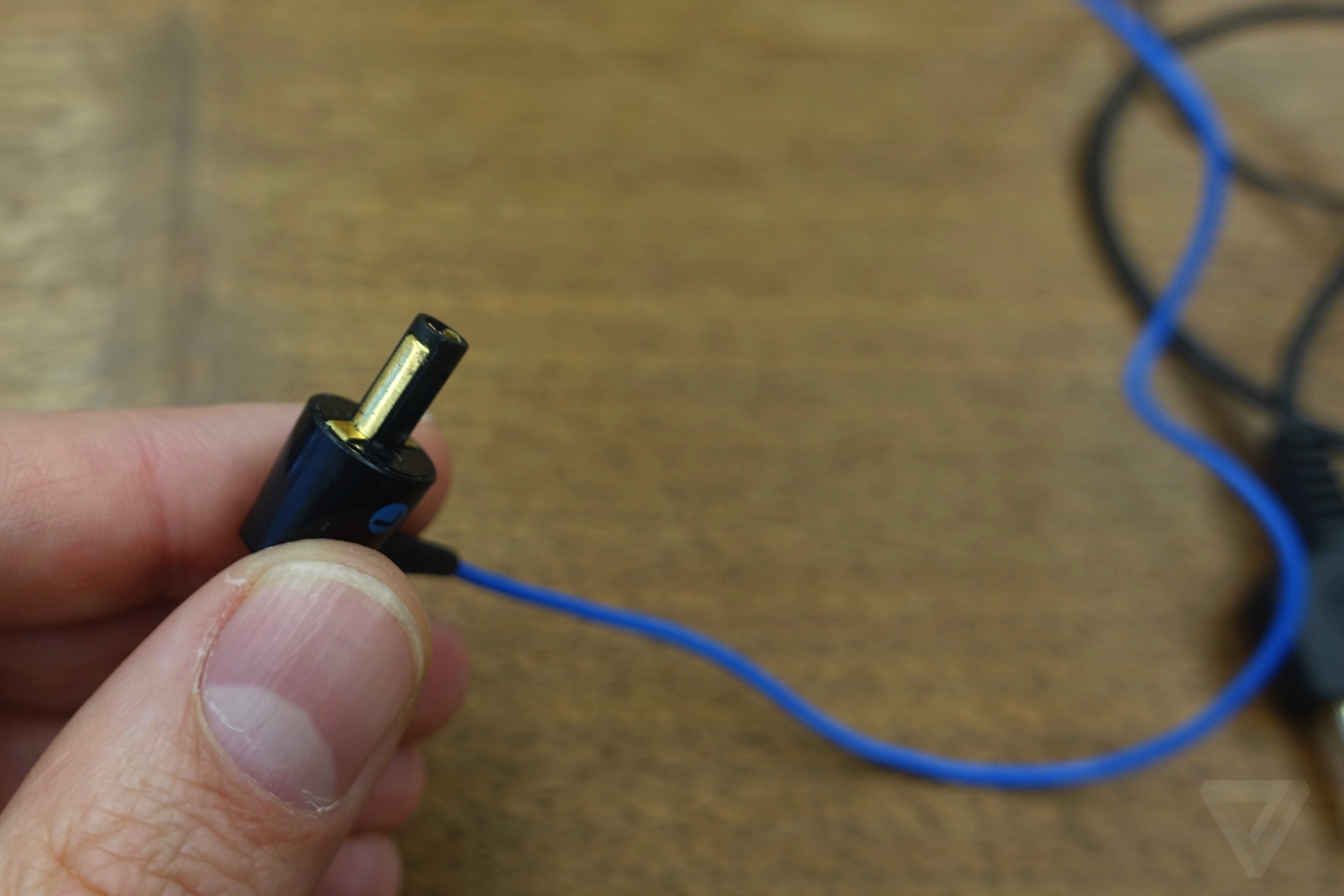 The headphones feel, well, strange. If you've ever placed a 9-volt battery on your tongue, imagine that same sort of subtle zap hitting your ear like an electrified Q-Tip. It happens in tune with the beat and volume of the music, and you can adjust the intensity of the zapping with a knob. It's designed to only work for 15, 30, or 45-minute sessions.

And again — does it work? Is it safe? I cannot vouch for either. After trying it out, I found myself acting like some freshman college naif who didn't know how to properly hit a joint. I pulled my director Max aside and we turned the camera back on so I could talk through the experience with him: "Am I acting high right now? Do I feel high?"

Nervana makes no claims about getting high nor does it claim that this is a medical device, instead calling it an "entertainment device." As for how it's supposed to make you feel, the company says that it expects most people who use it to feel "calm and relaxation and stress relief."

Far be it from me to deny anybody any of those feelings nor to be prudish about how anybody goes about achieving them. If this $279 electrical box proves to be as safe as they say, then I won't begrudge anybody who tries it. But for myself, the kind of success I'd want to see isn't a fully-funded Indiegogo campaign, it would be a successful clinical trial.