Samsung's Gear S2 3G is a look at our untethered future

Samsung's Gear S2 3G is a look at our untethered future

Every smartwatch you’ve likely seen, whether it’s an Apple Watch, an Android Wear device, or a Pebble, has relied on a smartphone for all of its smarts. If you were to disconnect any of these devices, they become little more than standard timepieces with a little bit of activity tracking. They become, in effect, dumbwatches with really poor battery life.

Smartwatches are therefore accessories to the main show, your smartphone. It’s hard to pitch them as must-have devices in your life when you still need your smartphone all the time to use them. Indeed, many of the complaints about smartwatches revolve around their duplicity: why do I need to wear this device on my wrist that just tells me the same thing the phone in my pocket is already telling me?

But while today’s smartwatches are shackled to a phone, that won’t always be the case. Eventually, smartwatches (and other wearables) will become independent devices, complete with their own wireless connections. There are some of these already available, and others are expected to hit shelves in the near future. I’ve gotten a small taste of this independent future over the past few weeks with the Samsung Gear S2 3G, a cellular-connected version of Samsung’s impressive Gear S2 smartwatch. The 3G model of the Gear S2, which is available for AT&T, Verizon, and T-Mobile (I’ve been using the AT&T version), is much like the standard model; it just happens to have a cellular radio inside that lets it do a few things other smartwatches can’t.

Phone calls, messages, and activity tracking without your phone

For starters, the 3G S2 can place and receive phone calls without being connected to my phone. It has a speaker and microphone, so you can handle your phone calls Dick Tracy-style. It can send and receive text messages even if it’s not tethered over Bluetooth or connected to a Wi-Fi network. With the AT&T model, it can even make it look like those calls and messages are coming from my actual phone, thanks to AT&T’s NumberSync feature. (The Verizon and T-Mobile versions have call and message forwarding from your main number, but outgoing calls and messages will initiate from a different number.) It also has a GPS chip, so it can find my location without the help of a phone. 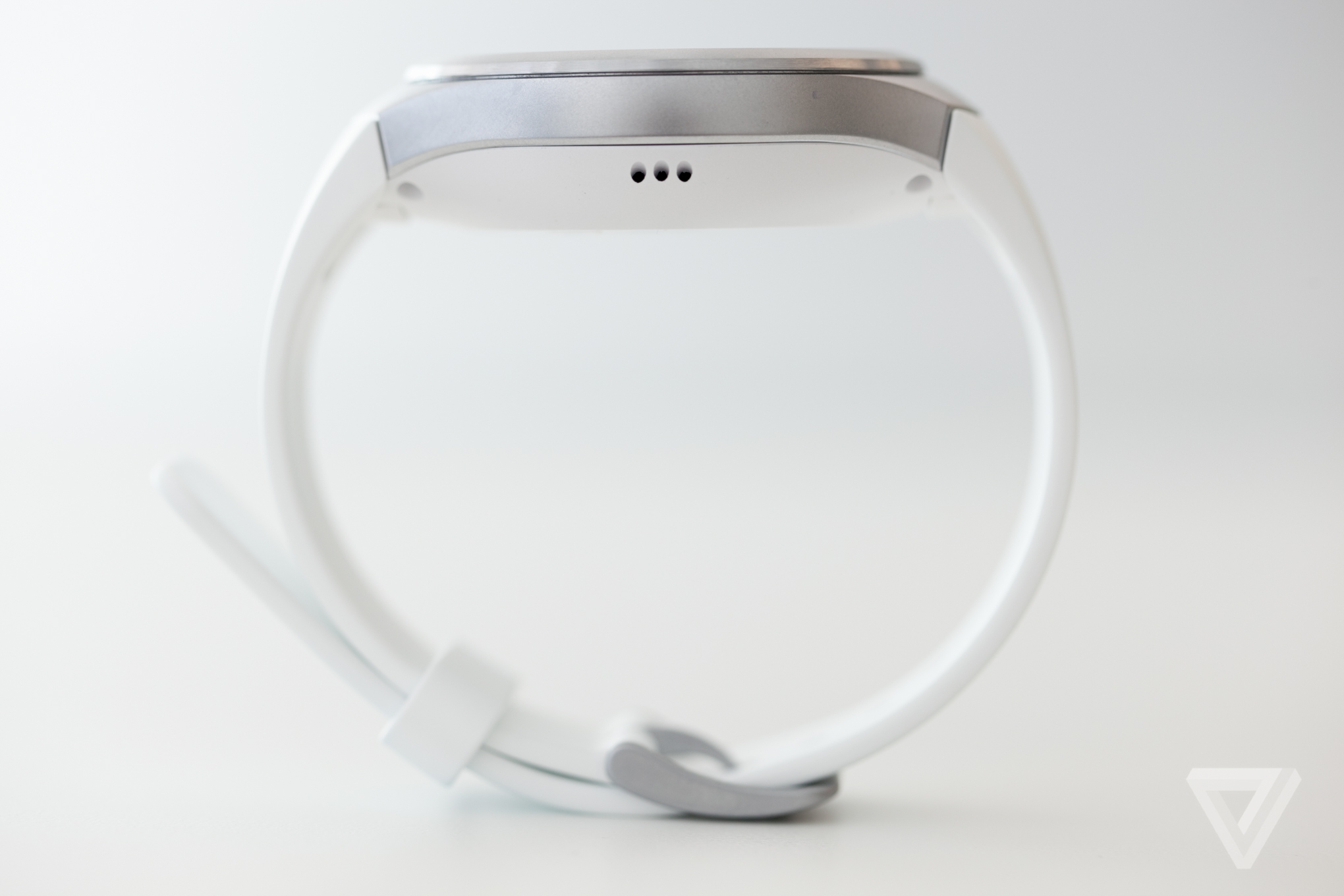 Those features make it attractive for runners. You could leave your phone at home yet still track your run, get your calls or messages, and even listen to music. There are no armbands, belt pouches, or other clumsy apparatus necessary; just put the watch on your wrist, tie your shoes, and head out the door.

The Gear S2 3G does do all of that, but its capabilities are limited. While you can stay on top of text messages and phone calls from the device, it won’t see any of the other notifications pinging your phone when it’s not directly connected. (Samsung has a feature in its Gear Manager smartphone app that should enable this, but it did not work for me when the watch was connected to the 3G network.) The S2 doesn’t have a huge app store, leaving Samsung’s S Health app as the only real fitness tracking option, which doesn’t play nicely with other popular services such as Strava or MapMyFitness. You could transfer your music to the watch or stream songs from Samsung’s own Milk Music, but if you use Spotify, Apple Music, or Google Play Music, you’re out of luck. And, perhaps the biggest issue, the S2’s battery life is deplorably short when it is relying on a cellular connection. Go for a long run and try to play music, track your activity, and send or receive a few messages and it might not be alive when you’re done.

It’s important to note that the 3G S2 is not a fully standalone device. You still need an Android phone to set it up and install any applications. It’s perhaps best to think of it as a standard Gear S2, with a few bonus features. It has the same overall design (it’s noticeably thicker when it’s off of a wrist, but I didn’t find it uncomfortable to wear in the least), complete with metal finish, vibrant display, and the intuitive and fun rotating bezel. And if you use it with your phone all of the time, its battery will last an entire day without issue.

The S2 3G's added features aren't worth its cost

The Gear S2 3G is a tough sell. It’s more expensive than its non-connected sibling — $299.99 or $349.99, depending on carrier – and requires a service plan, which ranges from $5 per month at Verizon and T-Mobile up to $10 per month at AT&T in addition to your standard smartphone plan. The few advantages it offers over the less expensive pedestrian model aren’t worth its cost.

But it’s a glimpse at a future where I can do a lot of the communication handled by my phone on a smaller, wearable device. It starts with basic phone calls and text messages, but it doesn’t take a particularly creative imagination to add other forms of messaging, chat, location services, and activity tracking to the package. We’re still a few steps away from that future and there are a number of problems that need to be solved before we get there, namely battery life and functionality. (And it’s not clear if it’s something we even want: I had to force myself to walk away from my phone while testing the S2 and it was a struggle more than a convenience.)

For now, you’re better off with the standard Gear S2 or any one of the many other smartwatches available instead of the Gear S2 3G. Smartwatches are just going to have to get a bit smarter before we can really leave our phones behind.