The Lincoln Navigator Concept is a massive, luxurious land yacht

But this concept, which is meant to give us a good idea of what the next-generation Navigator will look like, is also meant to carry that weight in a much more elegant way.

"It was a very interesting challenge for the design team," said Lincoln president Kumar Galhotra in a meeting with The Verge ahead of the car's introduction here at the New York Auto Show. "The design language is all about elegant beauty. To take a vehicle that has that much volume and to make it elegant is a fun challenge."

The Navigator competes against just a few other large, luxury SUVs — from brands like Lexus and Inifiniti. But the big rival is Cadillac, with its massive, and massively popular, Escalade. 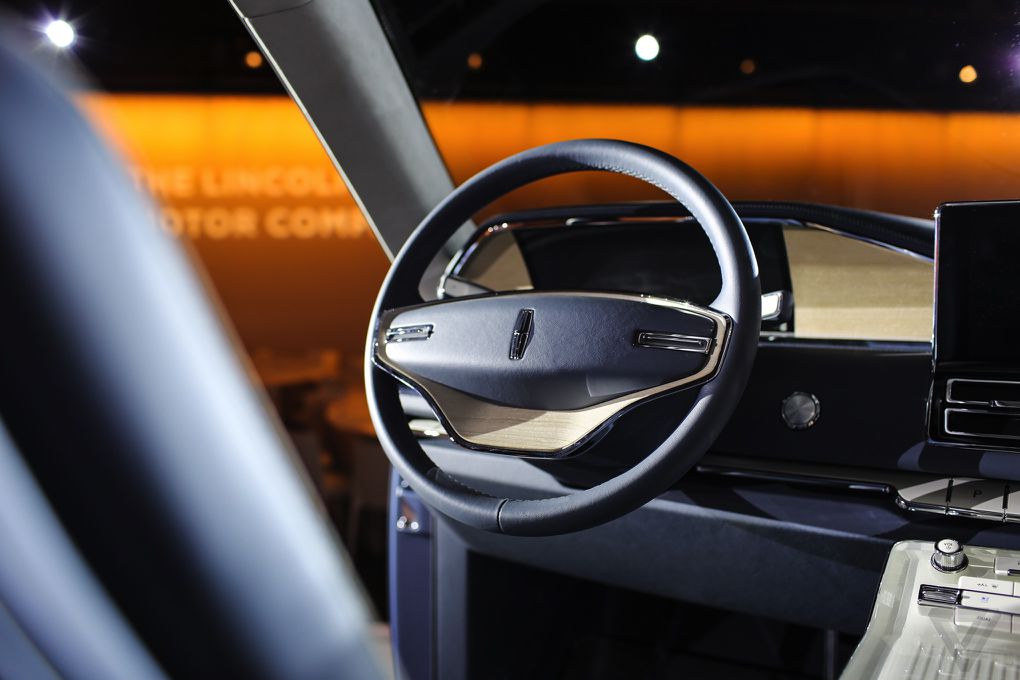 Lincoln has very intentionally gone in the opposite design direction from its longtime rival, which has favored very sharp, aggressive, dominating designs for the past few years.

Instead, Lincoln is focusing on "elegance and beauty" for the exterior, and "serenity and harmony" of the interior. Those words are directly from Galhotra, and they were repeated several times during our talk.

The look is about being imposing, protecting the family, and giving them a place to be safe. It's also about giving everyone something to keep them occupied, or in communication with each other, while riding along.

Lincoln has built large screens for everyone (except the driver) to allow passengers to play games against each other in the car. The company said it could envision everyone's screens connecting to different smartphones or tablets, or for one tablet to play a movie to everyone, for example. Or for each screen to have its own implementation of CarPlay.

There's a clever intercom system to make it easier for folks in the third row to converse normally with people in the front. There's even a video chat system that allows riders in the back to see the driver when they're talking, which might be useful for nervous children who want to see Mom.

Who knows how much of this will make it to the final car, but Lincoln is certainly thinking of the future.

Don't expect the amazing (and amazingly silly) Tesla Model X-style doors to make it to production. Galhotra said there were never plans to bring it to fruition, but instead it's just there to make it easier to see the proposed interior.

Expect to see the production version of the Lincoln Navigator in about a year.