Though he's not a celebrity in any traditional sense, T-Mobile CEO John Legere has now joined a growing list of notables with their very own Twitter emoji. The outspoken exec was given an emoji, which appears alongside the hashtag #TweetJohn, to celebrate the launch of the Uncarrier initiative three years ago as well as to tout his prickly, off-the-cuff social media presence.

"I hear every minute of every day how we're doing and what we need to do different" Legere said in a television interview with CNNMoney. "And when I touch as many people as I can, I not only learn and become a better CEO, but I see customers coming in. They just say, 'I can't believe you're on Twitter and you favorited my tweet. I'm switching!' I'll take that." 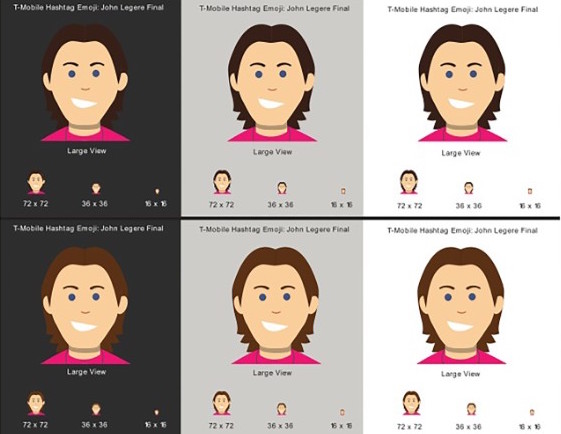 Legere has made a name for himself for his no-holds-barred approach to Twitter, tweeting at fans and taking jabs at competitors. It's the same persona he's fostered onstage at T-Mobile events and in press releases. Twitter has worked with a number of companies to make their emoji, but that usually involves payment. (One can imagine the new #BatmanvSuperman hashtags cost a pretty penny.) But after the Pope, Legere is only the second person or brand to have an emoji made for him for free.

All things considered, it is a little strange that the CEO has an emoji all his own. After all, he isn't the world's biggest boy band or the Bishop of Rome himself. Still, it would be hard to imagine anyone at other carriers pulling a move like this off.