By Lauren Goode and Dieter Bohn

When Amazon first unveiled the Echo, its smart speaker with the Alexa virtual assistant, most people didn't know what to do or expect from the thing. And not surprisingly: Amazon had given no hints or advance notice that it was even releasing the tubular speaker.

In the time since, the Echo has become a sleeper hit, and for those who own it, has stealthily taken the pole position in controlling a connected home. But despite its quiet success, the next steps for the Echo were obvious: many users wanted portability, it needed to also be available as a standalone, battery-powered Bluetooth Speaker.

And now it is, in the form of the $129.99 Amazon Tap. Preorders start today, and availability begins at the end of the month. (Unlike the original Echo, Amazon Prime members aren't getting a deal on this one; it's $130 across the board.) 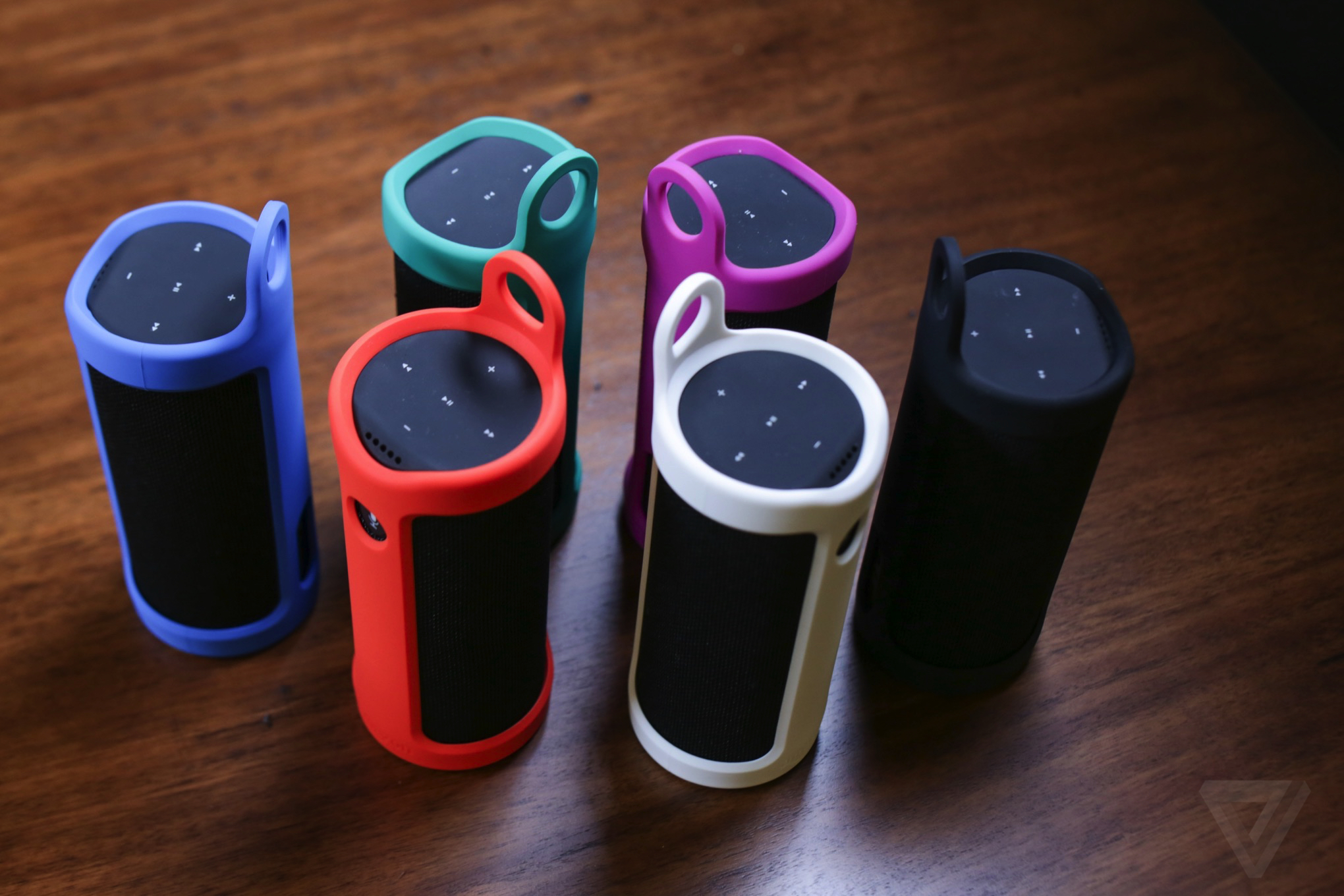 Amazon says that its primary goal with the Tap was to make it a "great Bluetooth speaker," so it designed this cylindrical device to be small and portable. It's about 6.5 inches tall and 2.6 inches wide, making it comparable to the UE Boom 2. It weighs about a pound and can be charged either with the included charging dock or via MicroUSB. Amazon says it should last for about nine hours of playback on a charge, or survive on standby mode up to three weeks.

For sound, it has Dolby sound pushed through dual 1.5-inch drivers. We were able to listen to music on the Tap briefly yesterday at Amazon's UX lab in San Francisco, and it had reasonably good sound and bass for its size. All of the audio controls are on top, and you can also buy optional rubbery cases for it ($19.99) if you want to clip it to your backpack. 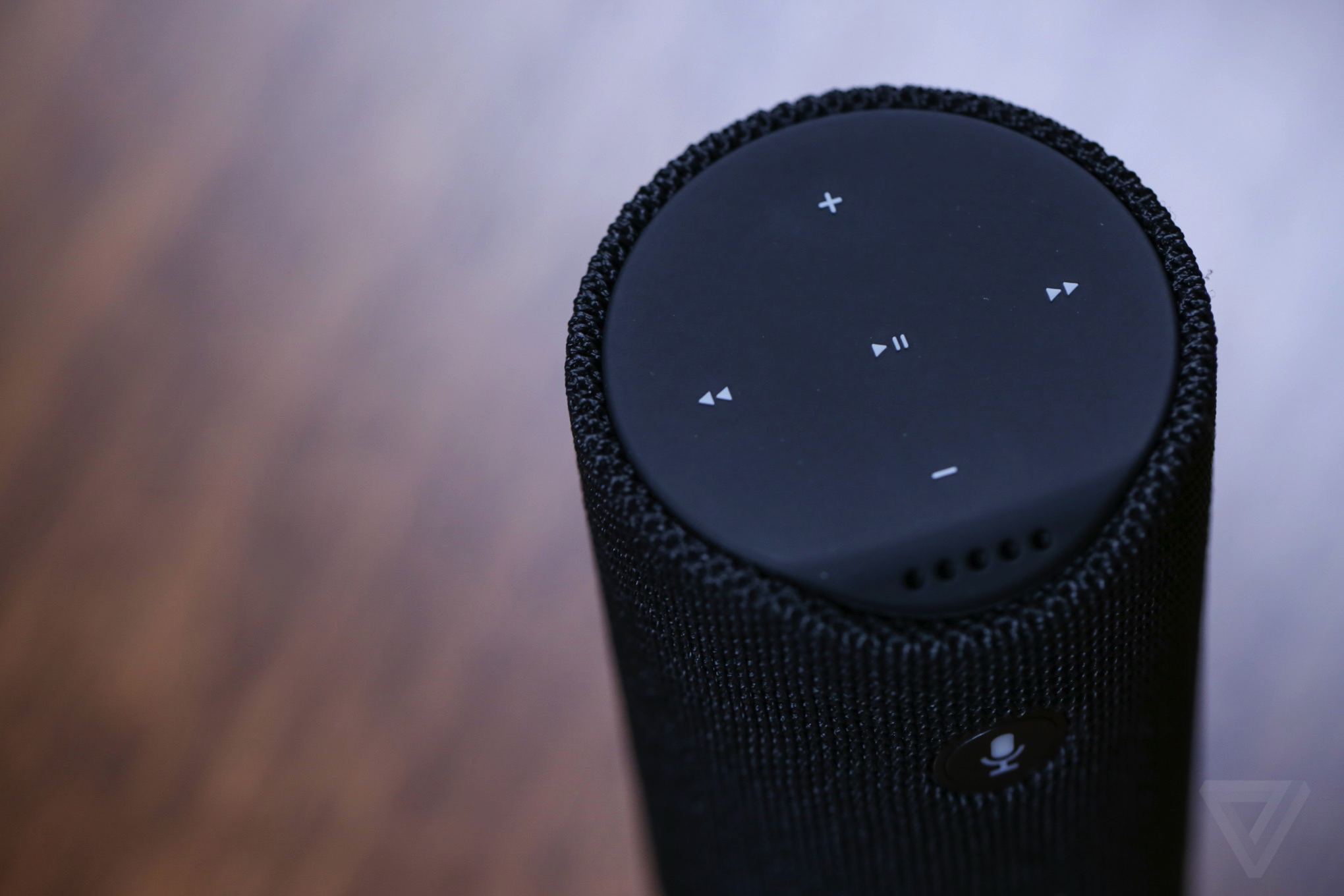 But of course, the real reason you would get this is that it has Amazon's Alexa personal assistant built in. You can use your voice to command Alexa to answer all of the same questions and perform all of the same music-playing, light-dimming, Dominos-ordering tasks that you would on the big Echo.

However, unlike the original Echo or the just-announced Amazon Echo Dot, you need to manually trigger Alexa on the Tap by hitting a button on the Bluetooth speaker. Amazon says that this limitation is there to preserve battery life, which makes sense; Alexa can't be "always on" the way she is on a speaker that's plugged in to power. But in our brief tests of the Tap, that was the biggest difference, having to actually tap the button all of the time before speaking to it. (In that way, it's more like Alexa in the Fire TV remote.)

The Tap also doesn't have the the super omni-directional microphone array that lets you bark at Amazon's original speaker from anywhere. And, just like the Echo, it requires Wi-Fi to work, which means that if you're out and about with the Tap, you'll need to turn on tethering on your smartphone to get Alexa to work.

Even with those limitations, the Amazon Tap is a neat little product. The charging stand especially is a nice touch — though it would be even better if it somehow used the charging power to let you speak commands to it without having to hit that button. Even so, the idea that you could throw Alexa in a bag and take her to the office, or take her along for a road trip, is appealing — and a really interesting approach, on the part of Amazon, to being everywhere people could possibly be.

If consumers agree, Amazon is going to sell a boatload of these. And "a boatload" is probably the closest we'll get to hearing an exact number for those sales, given Amazon's secrecy about its products' performance.

Photos and video by Tyler Pina.

Read next: Amazon's Echo Dot lets you put Alexa inside any speaker