Scientists finally know what the Zika virus looks like

Scientists finally know what the Zika virus looks like

The virus' 3D structure has been revealed

The incredible image above is the 3D structure of the Zika virus, which has only just been revealed. The finding could help scientists determine how the virus is transmitted and, hopefully, how to prevent infection.

The virus differs in a key protein on its outer shell

The report, published today in Science, describes the virus as a spherical structure resembling that of the dengue virus and other viruses in its genus, known as "flaviviruses." But the 3D rendition also reveals some important differences. For example, scientists found the virus’ outer shell is slightly different from that of other viruses. This could help researchers attack the virus as a whole, or at the very least, prevent it from attaching to human cells. 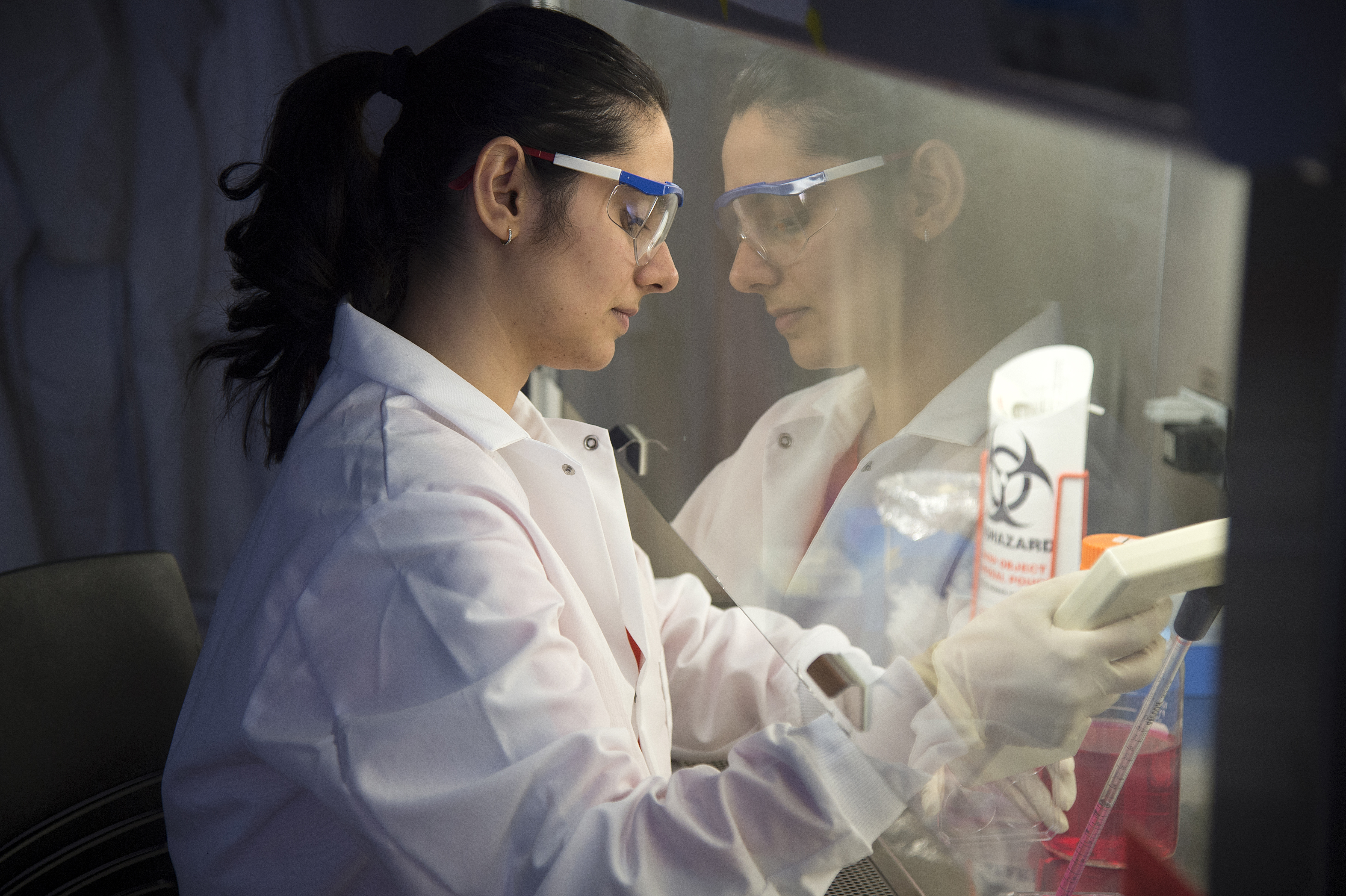 Purdue grad student Devika Sirohi was among the team that determined the structure of the Zika virus.

Most people who are infected with Zika don't become ill; only 20 percent of infected persons develop symptoms, which resemble the flu and last around five days. But an outbreak of the virus in Brazil has caused concern among health officials who think Zika is responsible for different types of birth defects, including one that affects the brain size of newborns, microcephaly. Researchers have also linked the virus to a severe neurological disorder that causes temporary paralysis, Guillain-Barré syndrome. And even though Zika is mostly transmitted through mosquito bites, some people have become infected through sexual contact, which means that avoiding mosquitoes isn't always enough to prevent infection. Because of this, researchers have been trying to find out what makes the virus tick. And now, they finally have a blueprint to work with.

"You finally can see what this thing really looks like."

"You finally can see what this thing really looks like," says Richard Kuhn, director of Purdue University's Institute for Inflammation, Immunology, and Infectious Diseases and a co-author of the study. Because the outer shell differs from that of other flaviviruses, that's where scientists will focus their attention, he says. "That would be the first area that we would pursue to try to perturb it and see if that makes a difference for Zika virus. It's a starting point." 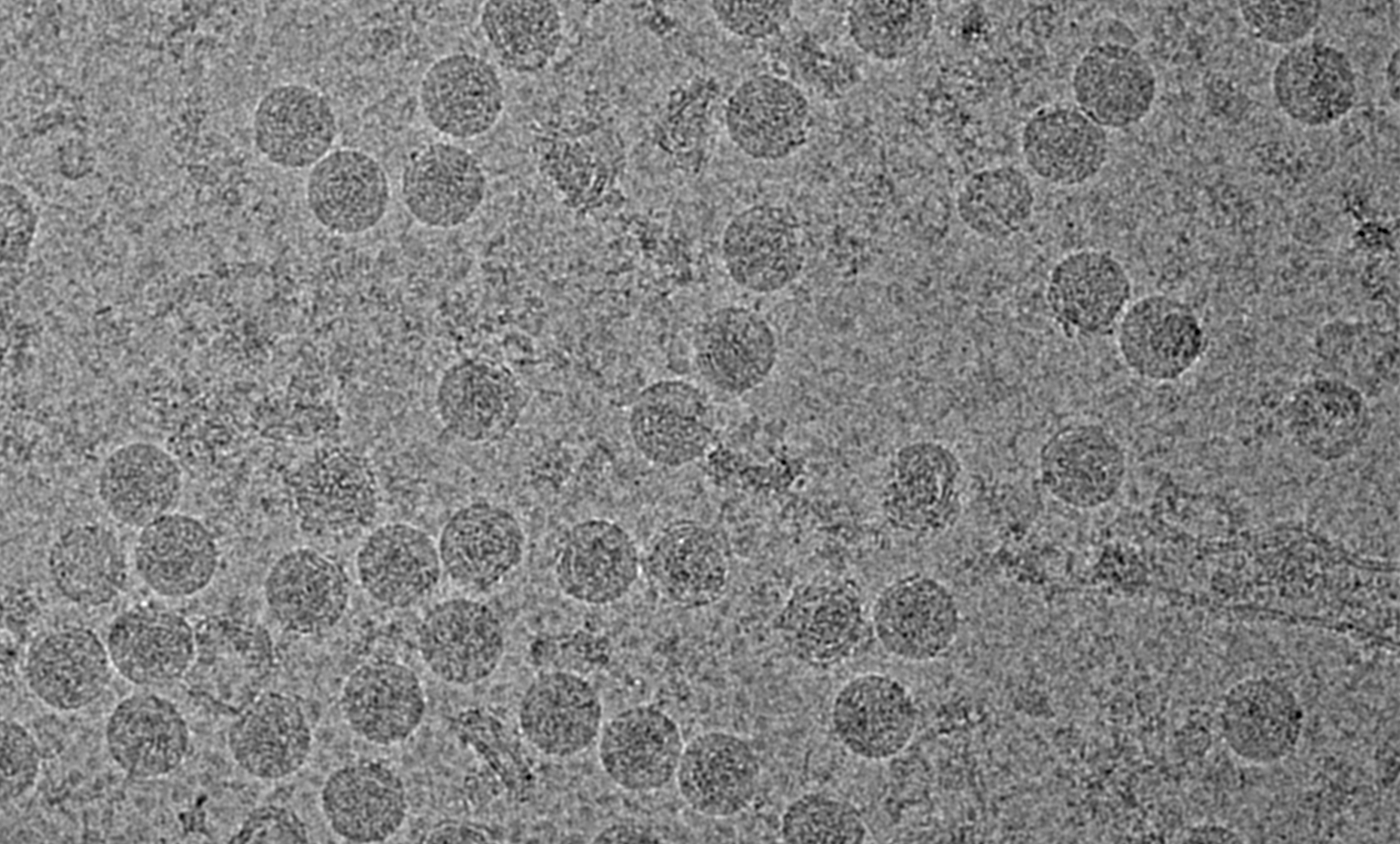 An image of frozen Zika virus.

The researchers who mapped the Zika virus' shape in 3D are the same ones who, in 2002, revealed the structure of the dengue virus. But the techniques used in today's report are a lot more advanced than the ones they employed more than a decade ago. In the past, the team used a combination of two imaging techniques, X-ray crystallography — a process that involves crystallizing virus proteins — and cryo-electron microscopy, which involves freezing the virus and firing high-energy electrons through it to create thousands of images. But recent advancements in the detectors used to image virus samples have allowed researchers to skip the crystallization technique, and work only with unmodified, albeit frozen, samples. Because of this, the researchers were able to reveal Zika's structure in a little over a month, says Michael Rossmann, a biologist at Purdue and a co-author of the study. "With the old methods, this probably would have taken us a year or two — if at all."

Knowing the shape that the Zika virus takes is a starting point for further research, says Rossmann, who likens the process to an alien encountering cars for the first time. "What would the Martian do to find out how cars work?" he says. "He would stop one of these cars, maybe open the hood and take the engine apart." By careful examination, the Martian would be able to find out how a car moves from point A to point B, Rossmann says. "And that's what we do to the virus." The protein difference found on the virus' outer shell could explain why Zika attacks nerve cells, for instance. And that information could in turn lead to better tools to diagnose the disease, Kuhn says — or a vaccine.

"There isn't much that has worked for other flaviviruses."

Finding ways to prevent transmission of Zika won't be easy. The dengue virus' structure was revealed 14 years ago, but the finding hasn't resulted in a universal vaccine. So far, only one dengue vaccine has been approved in just three countries — and that approval is limited to adults. "Yellow fever does have a very good vaccine, but that was found purely accidentally, experimentally, many years ago," Rossmann says (the discovery was made in the 1930s). "There isn't much that has worked for other flaviviruses." Because of this, the researchers emphasize that although it may be possible to use Zika's structure to develop methods for combating the virus, doing so will likely take years.

"Even though we haven't always had very much success with flaviviruses, the idea is that this is a step forward, and this is something that would give us a path towards creating a vaccine, possibly," Rossmann says.

More from this stream Tracking the Zika outbreak in the Americas