Its discovery could change our understanding of star death

For the first time ever, researchers have spotted a white dwarf surrounded by an atmosphere of mostly oxygen. A star of this kind, a super-dense dead star with an oxygen atmosphere, had never been seen before, though astronomers had speculated that one might exist. Such a unique finding could change how we think about the evolution of stars and what happens when these stellar objects die.

"It was completely not expected."

To find this unique zombie star, an international team of researchers looked through data from the Sloan Digital Sky Survey — a project that measures the colored lines of light coming off of objects throughout the universe. These lines, called spectral lines, can tell astronomers what types of elements make up a star's atmosphere. Using this data, the researchers found that one particular white dwarf, with the eloquent name ­­SDSS J124043.01+671034.68, didn't have any hydrogen or helium in its atmosphere; its surrounding air was instead almost pure oxygen.

"It was completely not expected for a star with a low mass like our star," said study author Kepler Oliveira, an astronomer at the Federal University of Rio Grande do Sul. 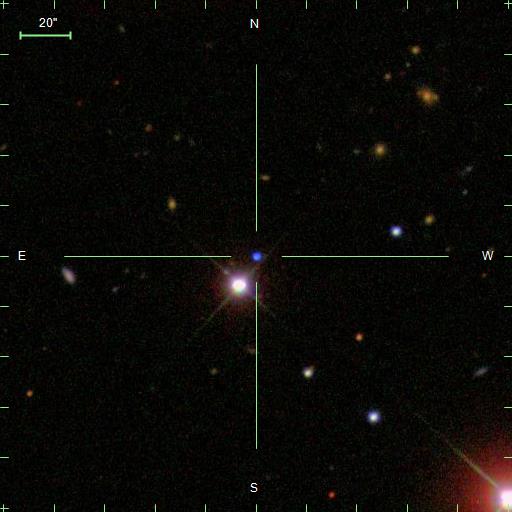 The finding is so surprising because it doesn't quite fit with our current understanding of what stars look like when they die. Typically, when a star like our Sun runs out of fuel, it starts collapsing. As the star becomes more compact, it heats up, causing its outer layers to expand more than 100 times the star's original size. Eventually those outer layers are lost and only the core of the star remains — the faint white dwarf.

"It's the same reason that panning for gold works," said Andrew Vanderburg, an astronomy graduate student at Harvard University, who was not involved in the study. "If you have gold and sediments in water, the gold is heavier so it’ll sink to the bottom, but the sediments are lighter, so they’ll stay at the top."

Some kind of event caused the hydrogen and helium to disappear

The fact that no hydrogen and helium are seen in the atmosphere of the white dwarf in question is puzzling. It means some kind of event has caused the two elements to disappear, making oxygen the lightest element in the star’s atmosphere. But the researchers aren't sure what kind of event that was, as they've never considered it before. "We don’t make models of things we don’t know exist," Oliveira said. "But now that we know this star exists, we have to calculate the model for it."

One possible explanation for the lack of helium and hydrogen is that the star experienced a giant thermal pulse when the object was a red giant, and that intense explosion stripped away all the lighter elements. Another possible scenario is that the star was actually part of a binary system. The stars may have merged together, causing an explosion that ejected the hydrogen and helium. These ideas are only loose theories, though. "We don’t have a calculation that shows [a binary merger] happened, but that’s the only explanation that I can think of," Oliveira said. "It must have come from a binary system."

The researchers will work to figure out what happened to this star, but in the meantime, the white dwarf's discovery is a significant find for the astronomy community. "It's a new class of star," said Vanderburg. "We don’t understand how it formed, but this is the kind of thing that pushes our field forward, and who knows where it will take us."