This is the first action camera with built-in stabilization

And it doesn't slouch on specs, either

The best action cameras are still susceptible to capturing super shaky footage. A new company called Revl has a solution to this problem — it's called the Arc, and it's the first action camera with built-in, motorized image stabilization.

It's a clever solution, and the Arc is one of the most unique action cameras coming to the market because of this built-in stabilization. Until now, action camera users were stuck using accessories like Feiyutech's handheld gimbals, or buying purpose-built, all-in-one rigs like the DJI Osmo. (In fact, founder Eric Sanchez says Revl originally started down this path; the company was trying to build a custom GoPro case with a gimbal attached to the back before they decided to integrate the technology into a camera.)

Sanchez gave me a short demo of the Arc in The Verge's office, and the stabilization is impressive. He stuck it on top of a helmet, and no matter which way I leaned it the front portion of the camera stayed level. Sanchez also put the Arc on a selfie stick and swung it around his head — a demo he's given a number of times, including once with Richard Branson — and the camera stayed level the whole time, all while capturing smooth footage reminiscent of that skier who swung an iPhone around his head. 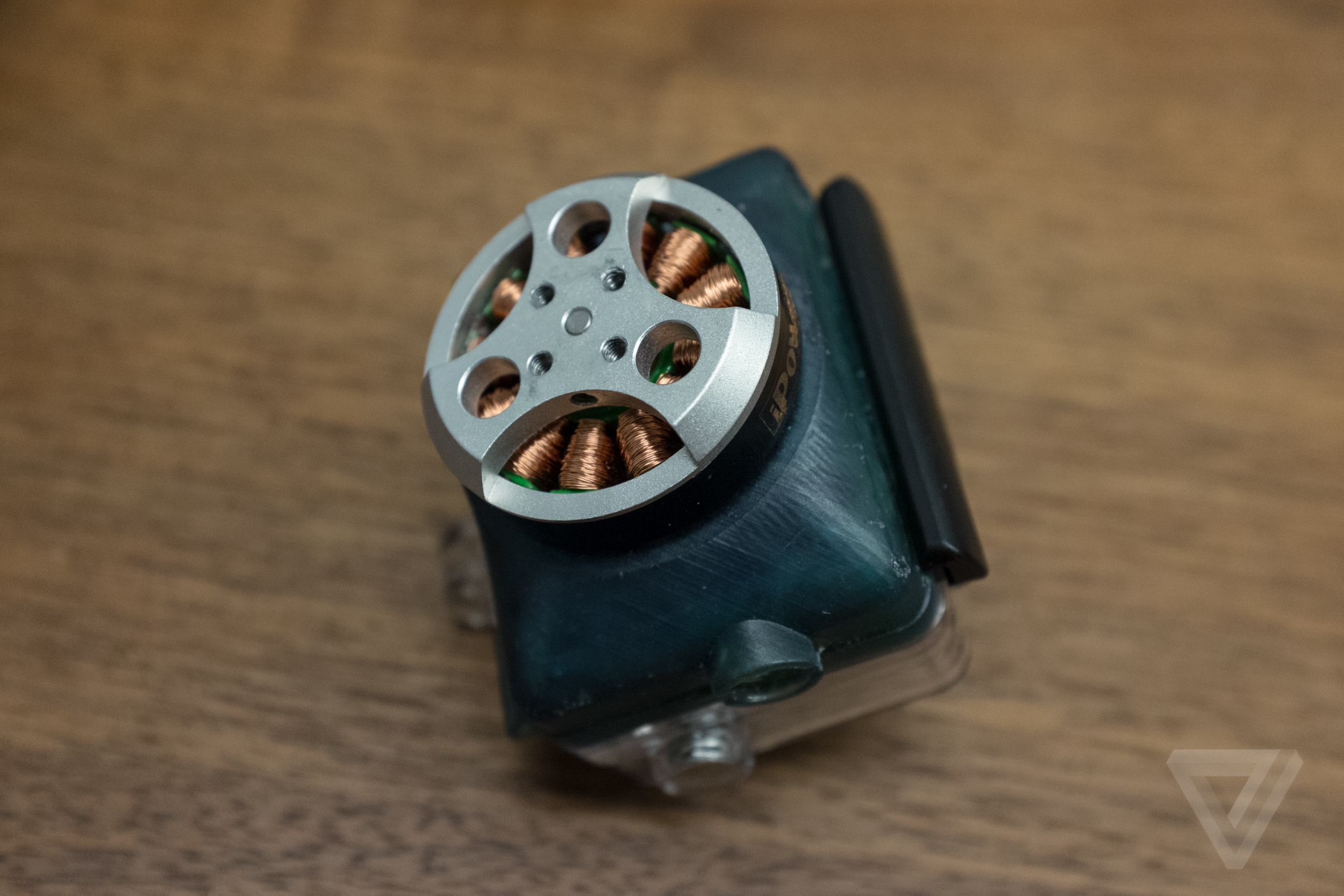 The Arc is waterproof and shockproof out of the box — it will survive a swim in up to 10 feet of water, and supposedly live through a drop from 10 feet, with no case required. And Revl has equipped the camera with a removable 1,100mAh battery, which will gives it a 90-minute run time while shooting 4K.

Even without the gimbal, the Arc seems like a great camera

The camera is also stuffed with sensors — inside, you'll find a gyroscope, an accelerometer, and even an altimeter. Sanchez says that the Arc uses these sensors to increase the stabilization digitally, so when the accelerometer notices a bump it will tell the processor where and when to smooth the image out.

Revl's app can also overlay some (or all) of that data onto your footage, similar to what Garmin and TomTom allow you to do with their action cameras. (The camera can pair with third-party devices, like heart rate monitors, too.) But the app can also use that data to automatically mark the most important moments from your footage, which is supposed to cut down on editing time. That's going to be an important feature in this market going forward; GoPro CEO Nick Woodman has spoken openly about adding automatic editing to the GoPro ecosystem, TomTom's Bandit camera can already automatically edit the footage it captures, and a startup called Graava is hinging its entire business on the idea.

Revl has almost doubled its $50,000 goal on Indiegogo, but Sanchez is adamant that the Arc isn't going to wind up being another case of crowd-funded vaporware. A late round of investment and a push from startup incubator Y Combinator has the Arc on track for a fall release, Sanchez says. The Arc will retail for around $500, but is still available for as low as $379 on the Indiegogo page.