Stardew Valley, Harvest Moon, and how wholesome games taught me a terrible lesson

Stardew Valley, Harvest Moon, and how wholesome games taught me a terrible lesson

This past week I joined the millions of newly-minted devotees in Stardew Valley, a game that transports players into the dirt-caked boots of a humble farmer. I enjoy the leisurely days watering tomatoes and nights fishing for snapper. It’s all-ages fare with a cartoonish look and sugar-sweet story. But when I step into the game’s tavern, which is more cafe than beer hall, I’m reminded of the most pathetic lesson I learned from video games.

In October 1997, on my 12th birthday, she decided that I still wasn’t old enough to play Resident Evil, a video game riff on George Romero zombie films that literally everybody at school was playing. In fact, I had already played Resident Evil vicariously through granular reenactments on the playground. It was the best option I had in those pre-Twitch days.

I made a reasonable plea, enumerating the enemies and the weapons that could be used to murder them, but my argument was met with that look of disgust that I imagine every parent is taught before taking their newborn home from the hospital.

Mom hadn’t banned a video game before, but ever paranoid, I feared that if I angled for a different gorey shooter, a decade-long ban on all violent games would be instated in the Plante household. I needed something wholesome to play while I calculated my next move. I chose Harvest Moon. 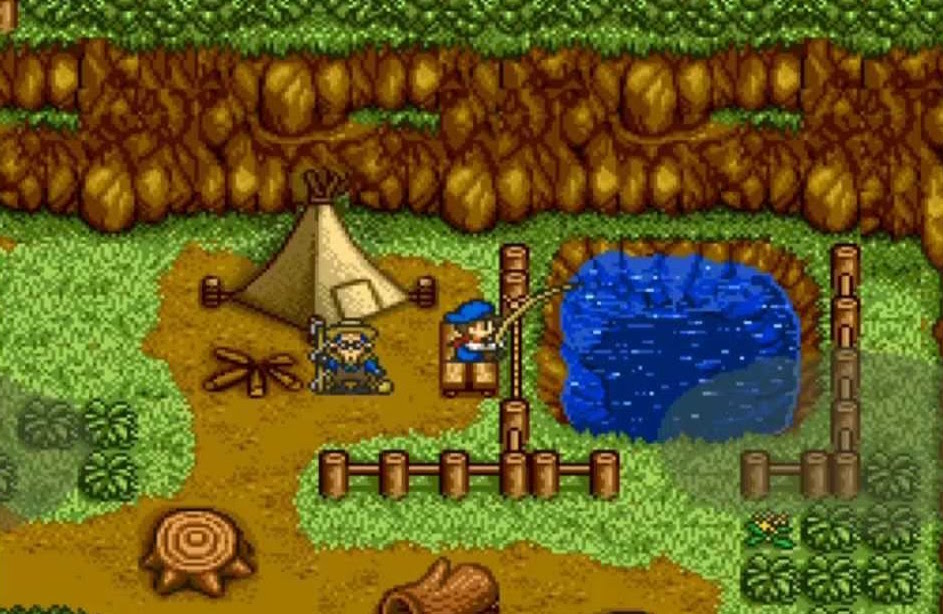 The Super Nintendo game, created by a small Japanese developer Amccus, simulated life on a farm in a rural community. The folksy world, which changed with the seasons, was painted in colorful, chunky pixels. As an agricultural newcomer, you were charged with transforming a field and an empty farm house into a thriving business and home. Stardew Valley borrows liberally from the structure.

I became obsessed, setting my alarm clock for the middle of the night so I could spend a few extra hours planting seeds, watering saplings, and selling my bounty for enough cash to buy a couple drinks at the village tavern — which just so happened to be the best place to find myself a wife. Please let’s not forget I was 12 and particularly fond of quiet places with air conditioning. I’d never had a girlfriend. My weekends consisted of TGIF on Friday, SNICK on Saturday, and when the stars aligned, a birthday party on Sunday at the movie theater, where I might spot a crush from school from a safe distance of 100-yards.

In Harvest Moon I had money, access to alcohol, and a bedroom that didn’t have the Tazmanian Devil painted on the wall. I relished the maturity of manual labor, dating, and even long-term budget management. On graph paper, I charted how I could minimize my expenditure and maximize my profits so that I could spend hundreds of dollars to woo video game characters. Thank heavens the game didn’t sell fedoras, because I fear I would have bought one and tipped it until the brim came off.

After a hundred hours of giving expensive gifts to every woman in town, I was happy to finally shirk the exhausting "out every night" grind of singledom, for a quiet life at home with my wife and dog. 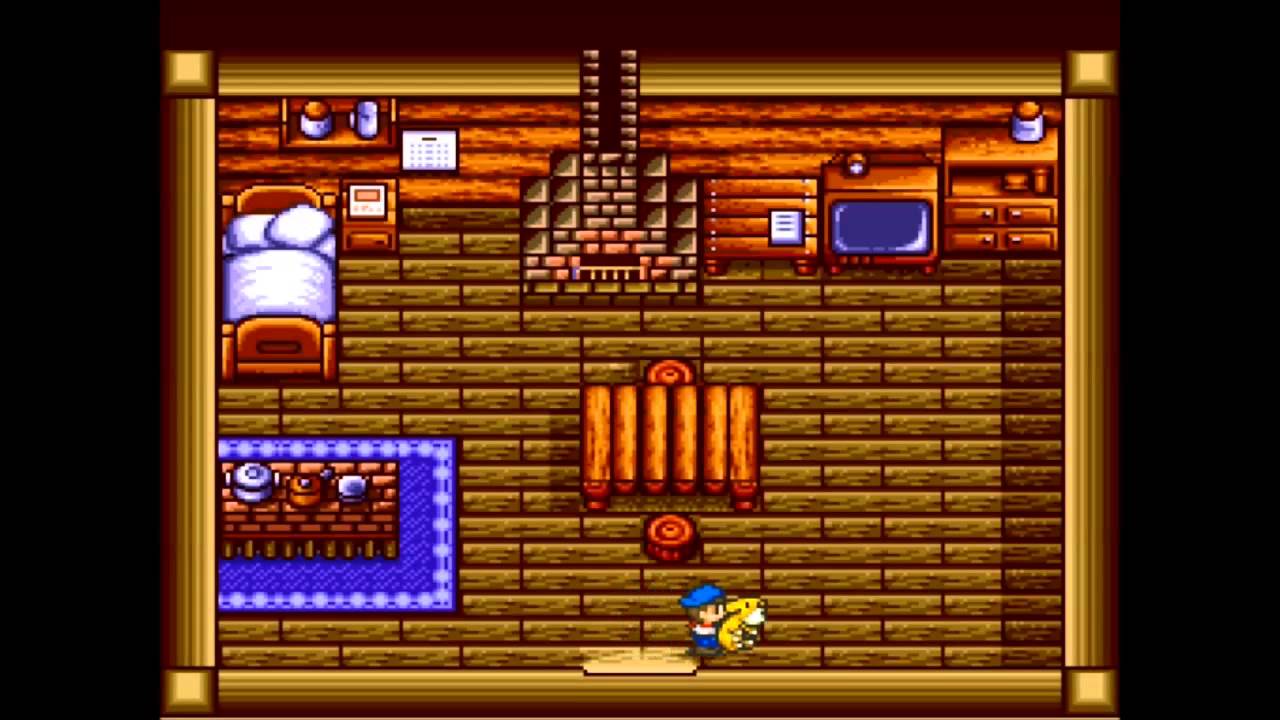 I learned the wrong lessons from Harvest Moon. Obviously. I spent too much time at bars. I measured the entirety of my personal growth on my love life. Worst of all, I saw women as objects that could be won by following a rigid formula.

A year after my Harvest Moon addiction, I took my first extended trip away from home, flying to Washington D.C. with my 7th grade class. For five days, we made appearances at all of the must see attractions of the nation’s capitol: the Museum of Natural History, the Vietnam Memorial, a food court that served sushi, which I’d never seen before. The trip was my first shot at adulthood, and I wanted to put my skills to the test. I ate some sushi and pretended I liked it. Then I bought a ring from the Mount Vernon gift shop.

The metal was cheap, made of that faux-silver that turns your skin green, but that didn’t stop me from blowing my entire savings. But the investment was sound. I knew an expensive gift was the only method to win the affection of the girl who lived on the cul-de-sac. I was taking all my romantic cues from a video game.

After three weeks, I mustered the courage to actually give her the ring. She opened the door, took the box, said thank you, and we never spoke of it again. I knew instantly that I’d made a mistake. When her hand wrapped around the box, something was off. That night, I explained what I’d done to my parents, and they mercifully and patiently walked me through the now obvious truth that girls aren’t video game characters; they’re humans — something I’d learn if I spoke to them. Love, my mom told me, isn’t bought with money and gifts. Love takes work. A few months later, on the bus, I apologized to the girl from the cul-de-sac, and then we talked about how much we despised our math teacher. 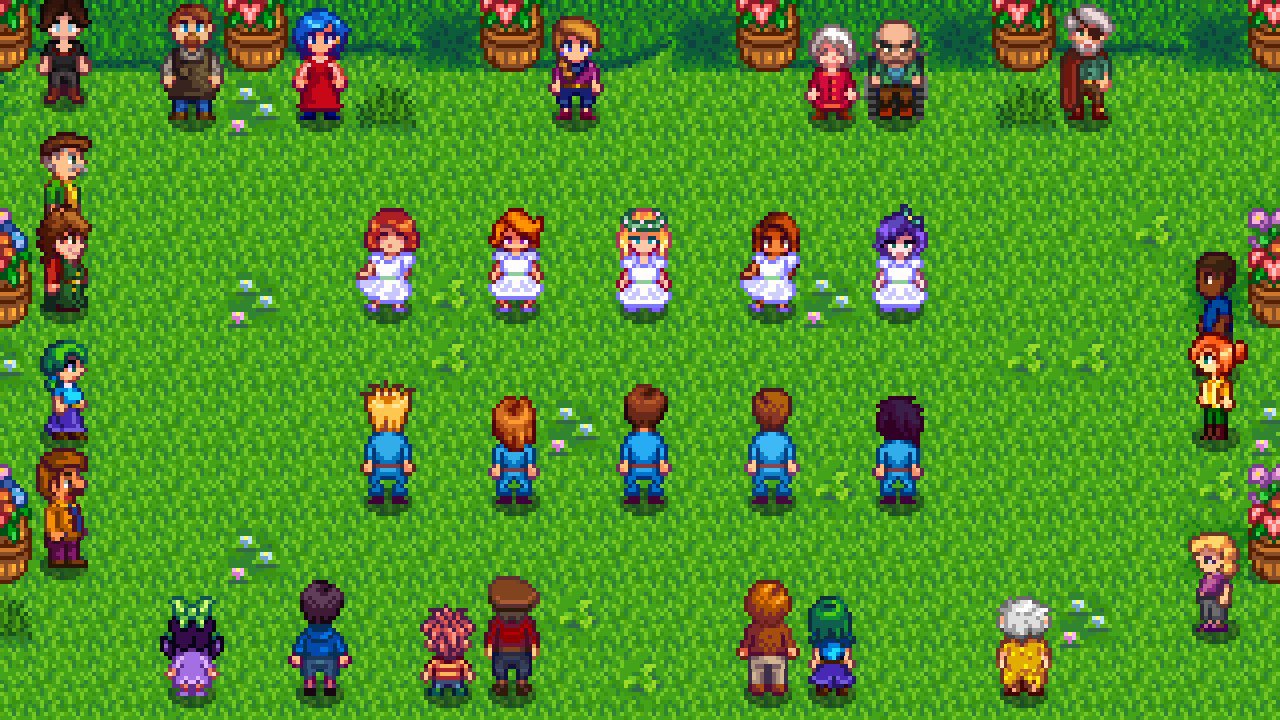 Whenever I hear about overlap between pick-up artist community and video games, I think of that ring. I see how someone who loves video games reduces relationships to a series of checkboxes. I was that person, and this past week, I’ve been tempted to become that person again, however digitally.

In Stardew Valley, which is inspired by Harvest Moon, women and men are still won over with gifts, and marriage acts as a buff, the spouse providing some benefit around the farm like reducing your time spent watering crops or preparing food. Some fans have even taken the step to dehumanize the characters as sexual objects, uploading a mod that gives the female characters comically ample cleavage.

I’ve devised a new strategy for enjoying life of a virtual farm, however, and it reads laughably similar to my life as a pre-teen. I tend to my room, I fix stuff around the yard, I go on adventures, I fish on a local pond, and I save my money. I give gifts to people who work at the shops I enjoy, and really like to share food with a homeless man who lives outside town.

What makes Stardew Valley so special — what makes it more than a Harvest Moon clone — is its scope, in which each day is so short and life so ripe with activities and ambition, that your journey can be one of self-discovery with or without someone else. Sure, I don’t always have a partner at the seasonal village dances, but I have a successful farm, which is the point of a farming simulator.

Like I did with Harvest Moon, I play Stardew Valley in search of the real life I aspire to live. It’s the aspiration that’s changed. My character is modest, content, ever-striving to be better externally and internally. Here I’m playing a game about being a grown-up like a grown-up. My character doesn’t go to the bar or bombard female friends with cheap rings. Instead, my little guy goes home, watches TV, and falls asleep early. Then I get back to the work of real life.