The Blink Board is the lightest and cheapest electric skateboard yet

And it's a lot of fun to ride

Electric skateboards are an exciting new technology that is currently being hampered by cost. Few companies offer boards below the $1,000 mark, which is five to ten times as expensive as a traditional skateboard or longboard. Price is such an issue with electric skateboards right now that I was recently served a banner ad that prompted me to sign up for a monthly financing program just to buy one.

But hope has materialized in the form of the Blink Board. This cute little electric skateboard is made by Acton — the company that made those RocketSkates we tried at CES in 2015 — and it challenges the early idea of what an electric skateboard should be in a couple of ways. 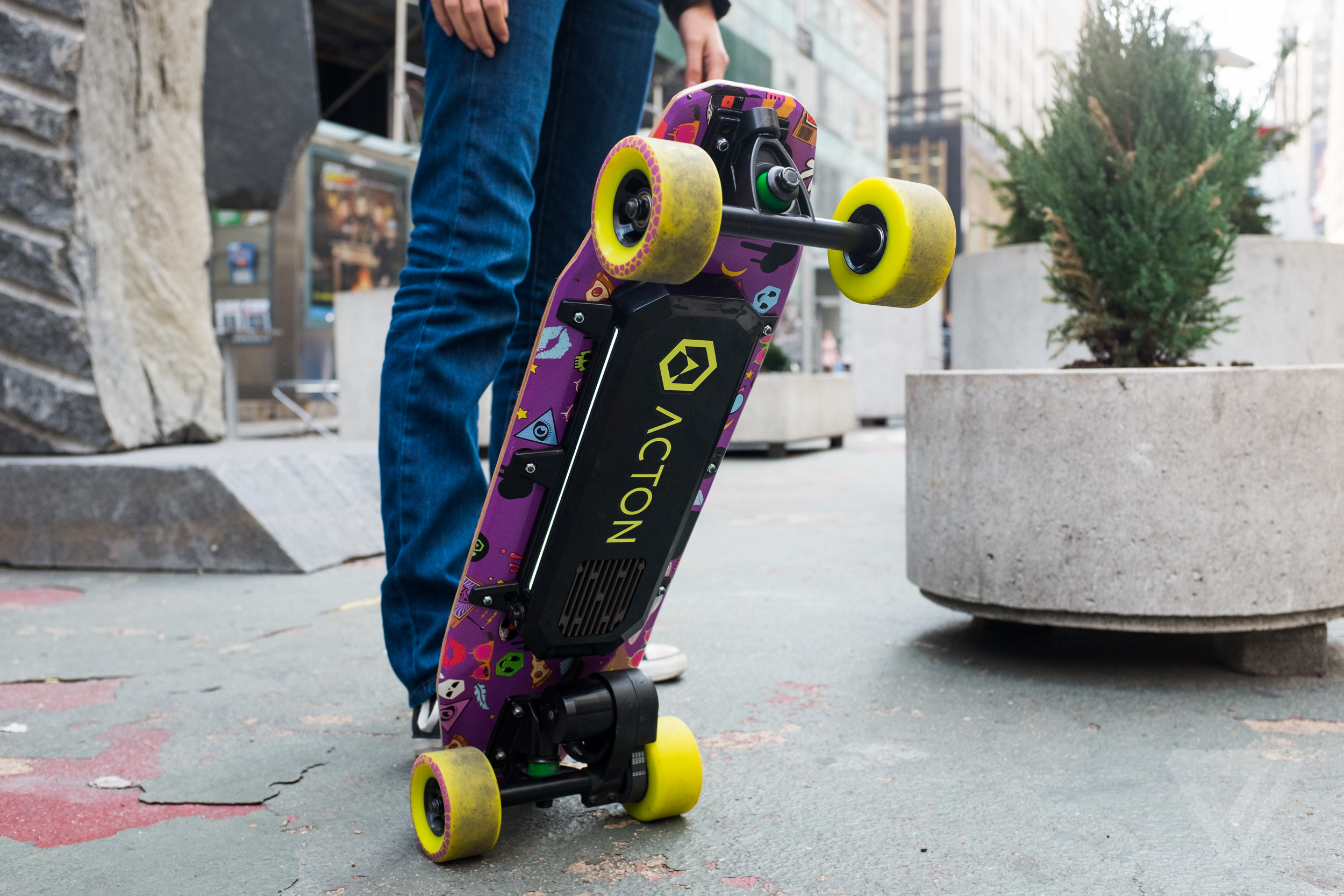 First and foremost is the price. The Blink Board is only $499 — at least half as expensive as many competitors. Don't get me wrong, $499 is still a big commitment for most people. But look at the competition. Boosted Boards start at $1,000 and go up to $1,499. The ZBoard 2 and the soon-to-be-released Inboard M1 hover in the same price range. Yuneec's E-Go starts at $699, but is currently out of stock. And MetroBoard, which sells10 different electric skateboards, only sells two for under $1,000. Next to all of those, the Blink Board seems downright cheap.

The other thing the Blink Board does a bit differently is size. Most of the electric skateboards on (or about to reach) the market are well over two feet long, existing somewhere in the size range more traditionally reserved for longboards. The Blink Board, on the other hand, more closely resembles a regular skateboard.

It's so much more maneuverable than a longboard

The smaller size makes the Blink Board much more maneuverable, and it also makes it an unusually light electric skateboard. The Blink Board weighs just nine pounds, light enough so that it's not a burden to carry around when you're not riding it. 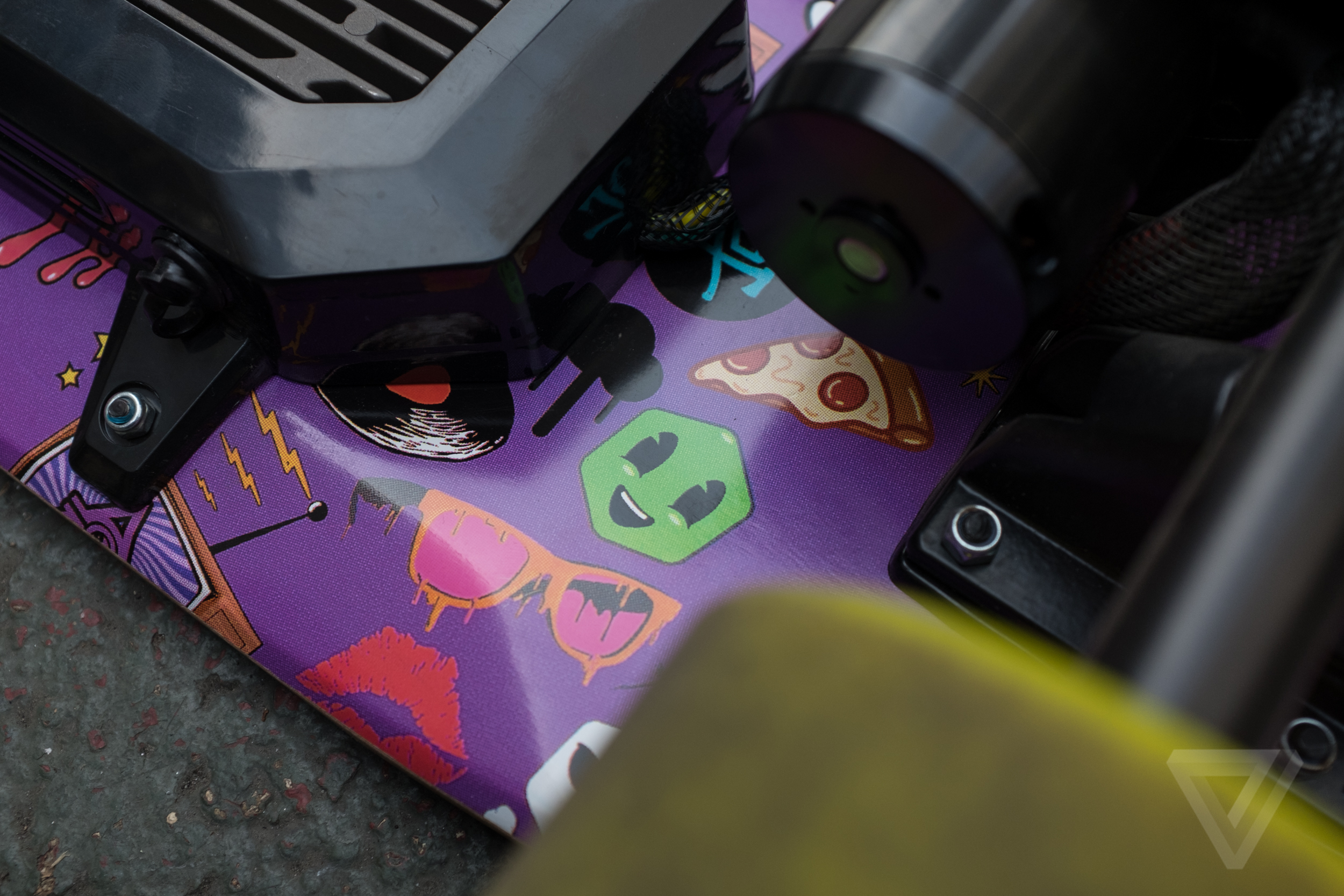 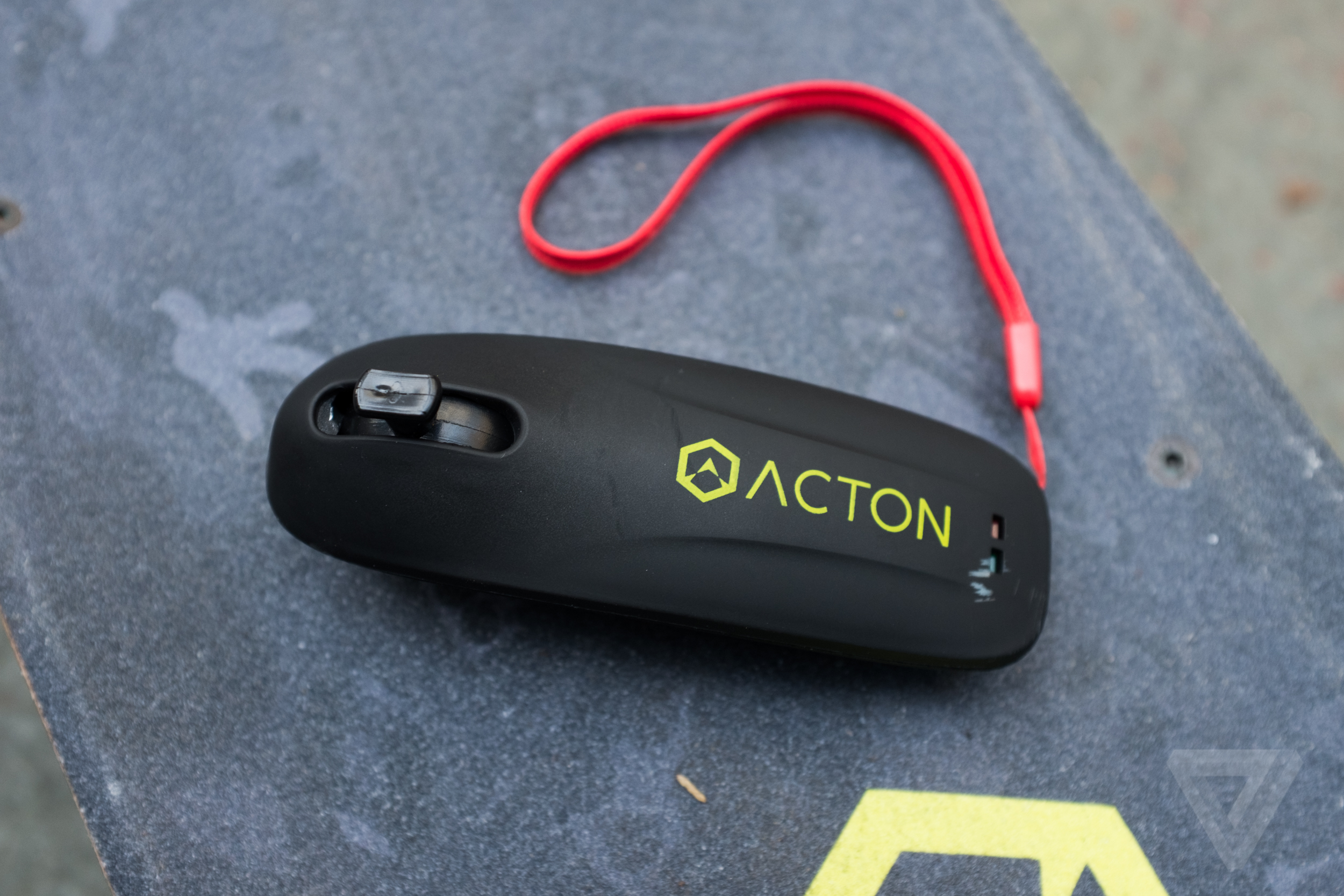 Lower speeds suit a smaller board

The petite size comes with a downside, though: the motor and battery combination isn't quite as capable as Acton's competition. The Blink Board can go six miles on a full charge, and it tops out at 15 miles per hour, specs that are only on par with the lower-end models offered by companies like Boosted.

Those aren't necessarily deal-breaking issues. Six miles might be enough range for early adopters and enthusiasts, or people with relatively short commutes. It wouldn't get me through the 9-mile bike lane route from my apartment to The Verge's office, for example, but it would be useful for cutting down the 1-mile walk I take to and from the subway every day.

Other electric skateboards top out at higher speeds, but 15 miles per hour is more than plenty on this smaller style board. In fact, in my brief time riding it right here in Midtown, I kept switching back to the slower setting on the remote. That kept the top speed at more like 10 miles per hour, which was much more comfortable, and also wouldn't drain the battery as quickly.

The weakest part of the Blink Board experience is probably the remote. It feels like there should have been at least one more overhaul to the final design here. The joystick — which you use to control the board's speed — felt a little too sticky, and it'd be nice if Acton smoothed out the throttle response a bit more so that the board's acceleration (and braking) weren't so harsh. It's an important and unfortunate weakness, though I can't say how big an issue it would be until I spend more time with the Blink Board.

Otherwise the Blink Board feels solidly built, and the wide, thick wheels give it a smooth ride. It also has much more character than most other electric skateboards thanks to a colorfully-painted deck and lights that line the underside of the board.

Acton already pivoted away from Rocket Skates to make the Blink Board, and Peter Treadway, Acton's CTO, isn't shy about the company's willingness to change course again. He says Rocket Skates were like a "gateway drug" to making electric rideables, and that Acton is more focused on creating alternatives to cars than it is on making one type of product.

With that in mind, maybe it's worth saving some money to spend on one of Blink Board's competitors. Dedicating your company to one particular type of product makes things like customer service and repairs a bit easier to maintain. But if you want an electric skateboard that's small, light, and relatively cheap, the Blink Board is your best bet — for now.