Josan Gonzalez’s future is the kind of dystopia you want to hang out in.

The Spanish illustrator is currently in the midst of crowdfunding a second book in his series, The Future is Now, and it’s the kind of grimy cyberpunk world where everyone seems to feature some kind of robotic augmentation and the only real escape is to slip on a retro-futuristic VR headset. But it’s also light and playful in a way most dystopias aren’t. “It's a satire,” he says, “so it's not about schooling people about ‘Hey, this is wrong.’”

In addition to his own self-published books, Gonzalez has also worked in comics for companies like Boom Studios and Dark Horse, and illustrated a few magazine covers, but, unlike many artists, he says it’s not necessarily the job he dreamed of having as a kid. He always wanted to do something creative, but he struggled with drawing, often feeling like he would never improve to the point that it become a career. “Somewhere around my 20s I really entered a solid learning curve and from there I've really grown to love drawing and creating illustrations,” he explains. “I feel I still have a ton to learn but now the road is there.”

Gonzalez says that he started out with a style that was more painterly, and only more recently adopted the ligne claire — clear line — style he’s become known for, a look that was pioneered by Belgian artist Hergé on Tintin. Gonzalez’s list of influences includes the usual suspects: like defining French sci-fi artist Moebius and American comic illustrator Geof Darrow, as well as manga artists like Hiroaki Samura and Akira creator Katsuhiro Otomo. "It’s a long list," Gonzalez says.

Last February, he released the first volume of The Future is Now, a collection of art all tied together by a particular vision of near-future where technology pervades, and a cheerfully oppressive government is in control of the residents of Robo-City 16. Because the book was self-published, Gonzalez says he wasn’t able to include everything he wanted, limited by both time and money. He worked on it in his spare time while doing freelance work during the day.

But given the positive response to the book — volume one is currently sold out — he realized he could turn it into something bigger. "After producing it I still had a lot of ideas and ambitions regarding the universe, how to keep defining and expanding it," he says, "so a second volume was the logical next step."

"It's my dream project."

He was originally looking to raise a relatively modest €18,000 to fund the sequel, but backers have more than quadrupled that amount, and there’s still more than a week to go in the campaign. Gonzalez thinks that people have gravitated to the project in large part because of the tone; the Kickstarter page is even written as a piece of in-universe fiction, complete with Gonzalez calling himself "Chief of the Ministry of Information of Robo-City 16." But he also believes it’s because his art manages to represent "a sort of continuity to those illustrations and comics [backers] love from the '80s, the whole Heavy Metal / Metal Hurlant tradition, and all that kind of sci-fi." But he does it without devolving into simply a collection of nostalgia (though there are a few nostalgic Easter eggs hidden throughout).

Whatever the reason, it seems like a good bet that volume two won’t be the last we see of Robo-City 16. "This art book, this universe of The Future is Now, it's my dream project," says Gonzalez.

You can check out more of Gonzalez's work on his site. 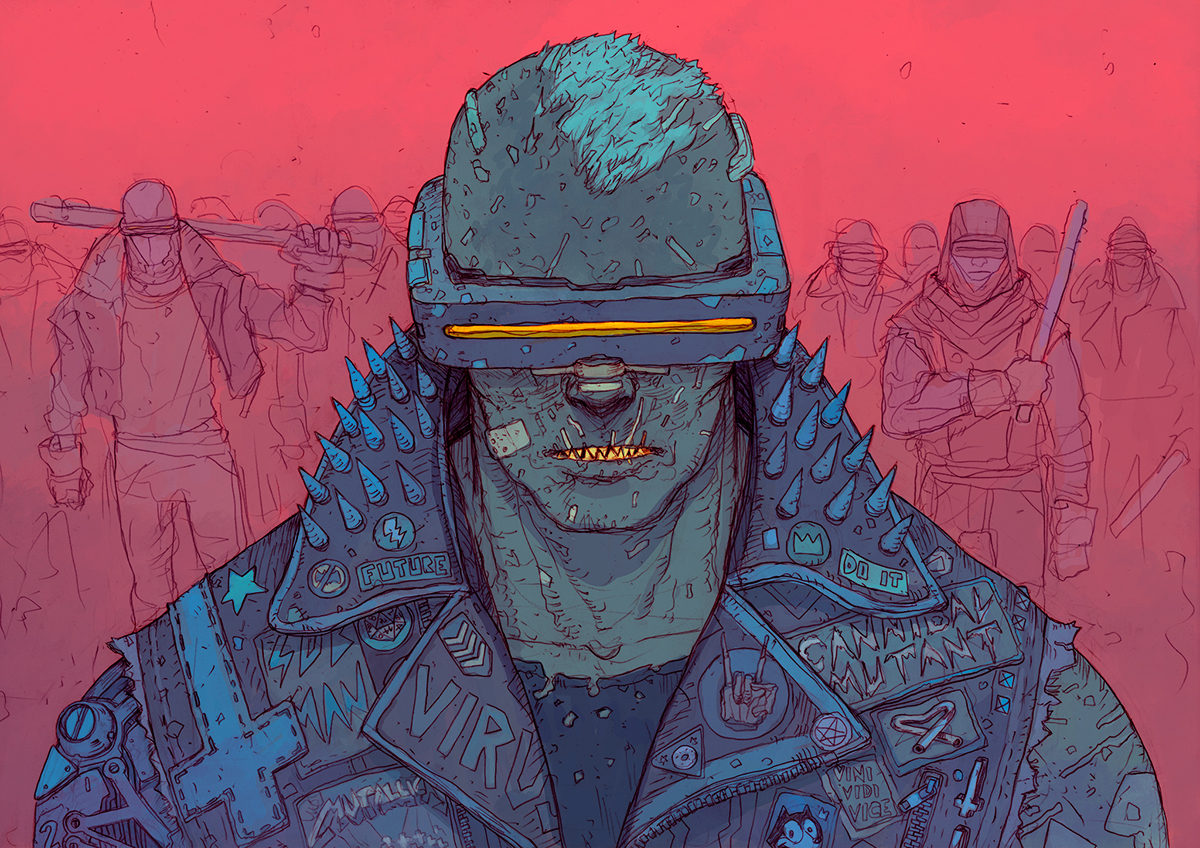 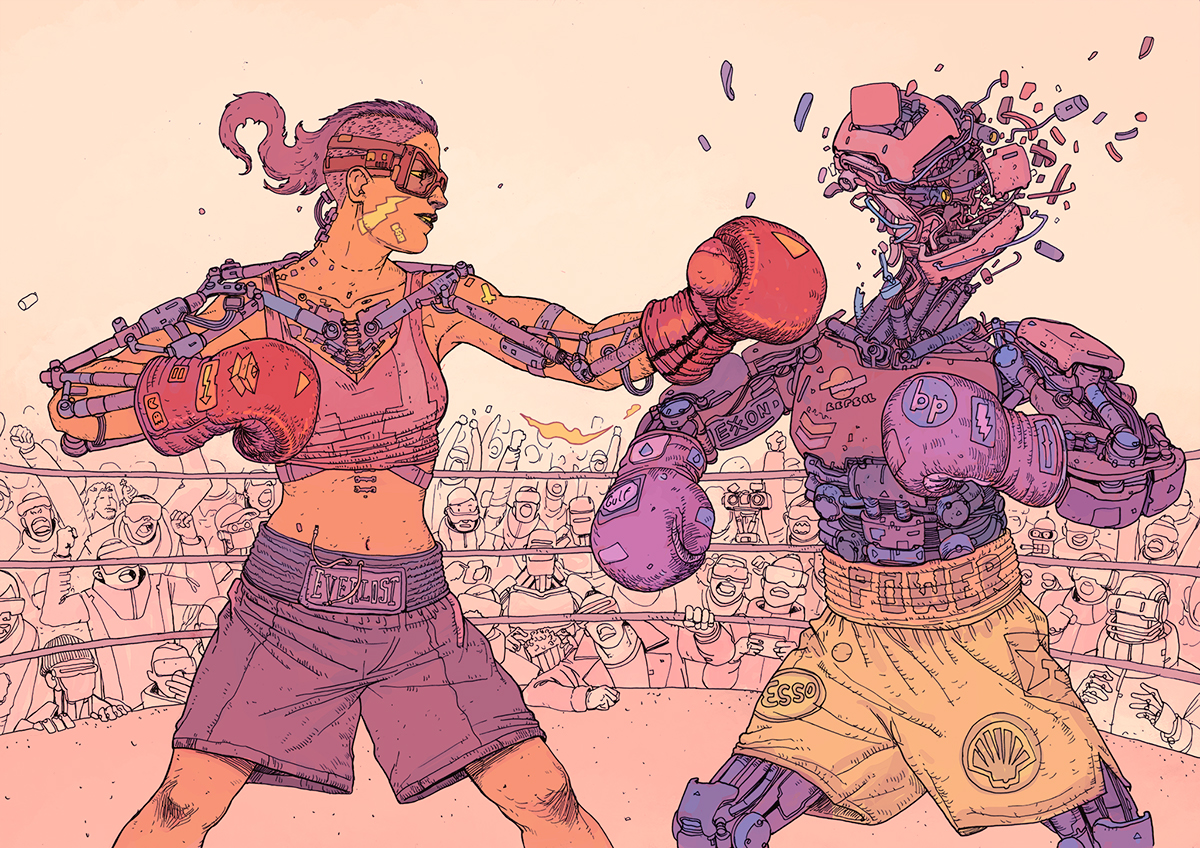 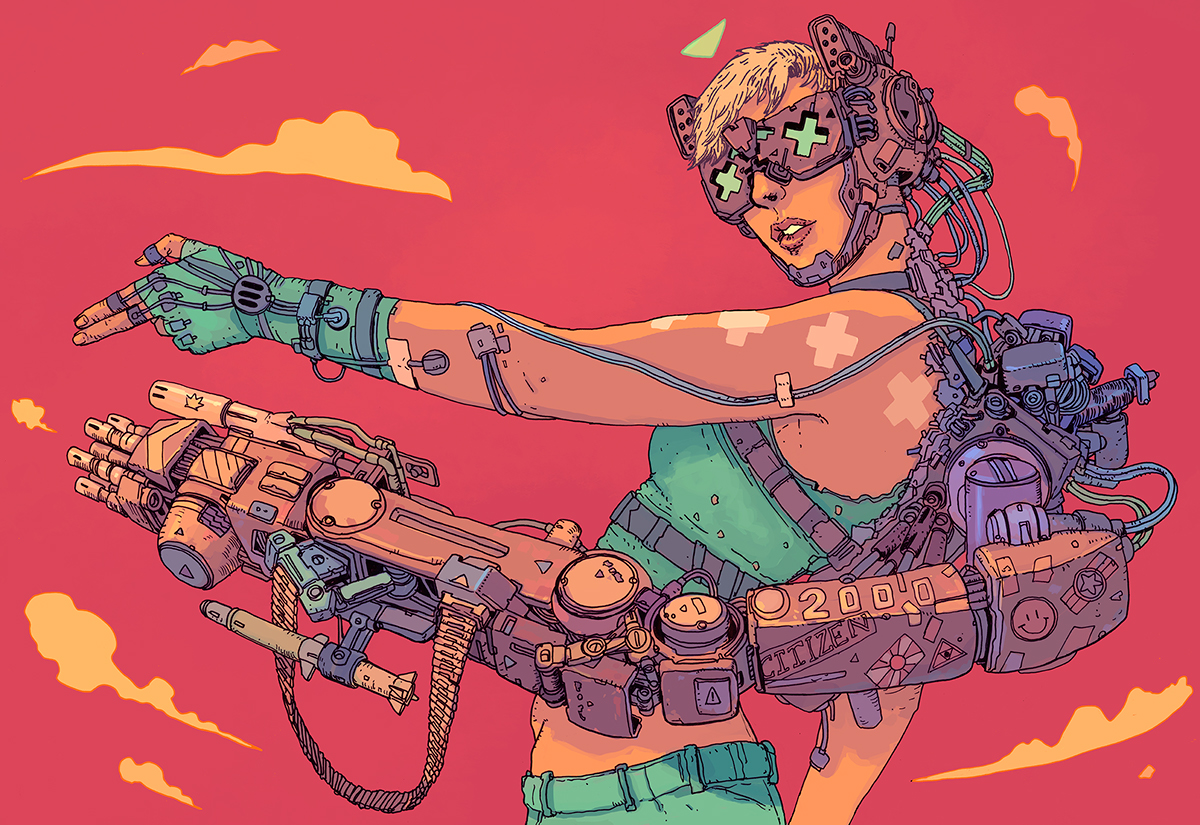 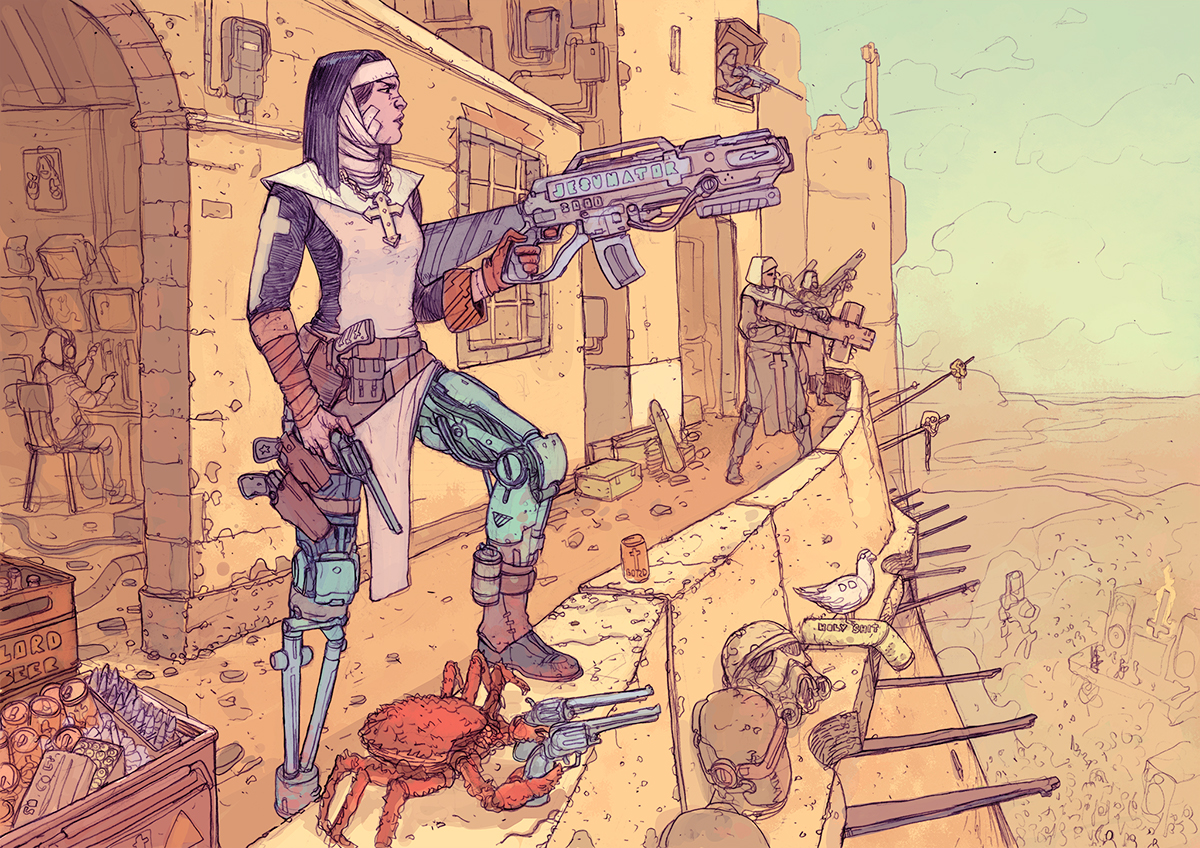 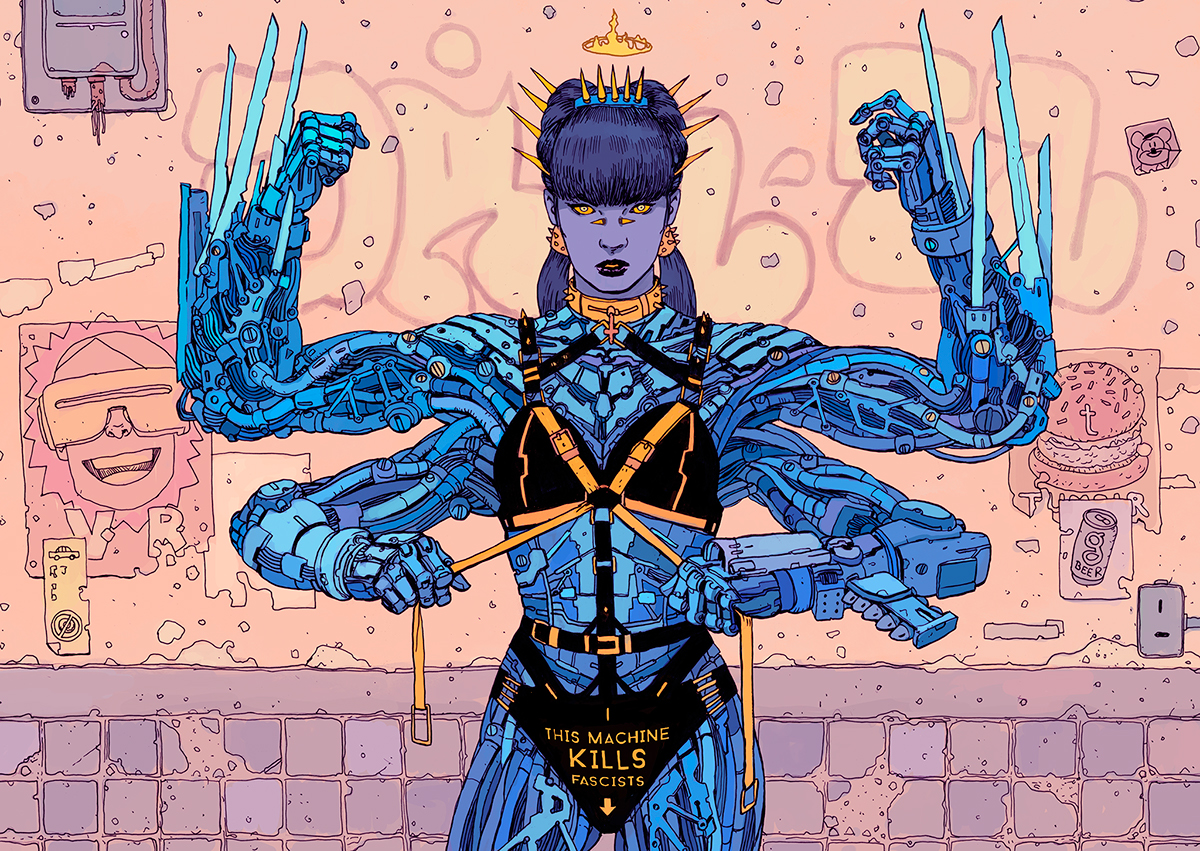