It’s tempting to look at Beyoncé’s new "visual album" Lemonade as a show of celebrity force that’s without parallel in pop music. No one’s ever used an hour on premium cable to unveil an album-length airing of marital grievances so potent fans thought it might be coupled with a divorce announcement. (It’s a testament to Beyoncé’s command over the public imagination that the idea of a promotional divorce announcement wasn’t completely insane in the first place.) It’s a hyper-ambitious political gesture and an unyielding study of a troubled marriage, and the music — did you forget about the music? — isn’t half-bad either.

Beyoncé isn’t the only recent female pop star to realize her personality is powerful enough to serve as an aesthetic coagulant, and she’s not the only artist to use her complicated personal life as fodder for raw, specific art. Where does her genius lie? She marries those two qualities and fuses them to an equally essential visual component, and she ensures it’s all delivered in an airtight package. It’s that combination of visionary thinking and attention to detail that makes Lemonade feel like the endpoint of a slow shift toward cohesive, self-centered pop albums — one that began in earnest with the release of her self-titled LP at the end of 2013.

These albums double as smelters

When it comes to sound, Lemonade should feel familiar: one of Beyoncé’s few contemporaries released a similar album just a few months ago. Lemonade is rich in moments that bring Rihanna’s ANTI to mind: the bulbous synths that mark opener "Pray You Catch Me," the suggestive lilt of "Hold Up," the savagery of "6 Inch." They throw genre to the wind and rely on their creators’ force of personality to hold everything together. Think about the variety of sounds Beyoncé taps into within 30 minutes: minimal R&B, dancehall, trap-pop, New Orleans jazz, country music, and snarling, bluesy rock. Look at ANTI with the same lens, and you’re presented with a similarly exhaustive list: electro-funk, Purple Rain-lite power balladry, demented trap, psych-pop, doo-wop, and pure soul. This is what it sounds like when albums double as smelters, burning away decades of impurities until you’re left with pure, personal expression. When you try to describe the sound of Lemonade or ANTI, you’re destined to end up referencing the artists who made them: "It sounds like Beyoncé. It sounds like Rihanna." Giving up and calling them "pop" means acknowledging their ability to bend the mainstream to their will.

If ANTI is Lemonade’s closest sonic analogue, then Björk’s masterful 2015 LP Vulnicura is its kindred spirit. Both albums render fundamental fractures in painful detail; they travel the same road and end up at different destinations. Beyoncé cribs her structure from the Kübler-Ross model, separating the album into stages like "intuition," "anger," and "acceptance;" Björk timestamps her grief, labelling every crack and burn by the month in which she felt it. The lyrical parallels between the two records are just as striking. Björk compares her husband’s emotional withdrawal to "milking a stone" and begs for emotional respect; Beyoncé begs to be caught eavesdropping or flipping through his call list so she can have the conversation he needs. Both women sing about the way memories can inflict damage, whether it’s a smile long since withheld or a lifetime worth of intimate contact. They end up turning to body horror to realize their excruciating pain. Björk’s heart is an enormous lake, and her body is a single pulsing wound. Beyoncé threatens to use the other woman’s teeth as confetti and her sternum as a cane. 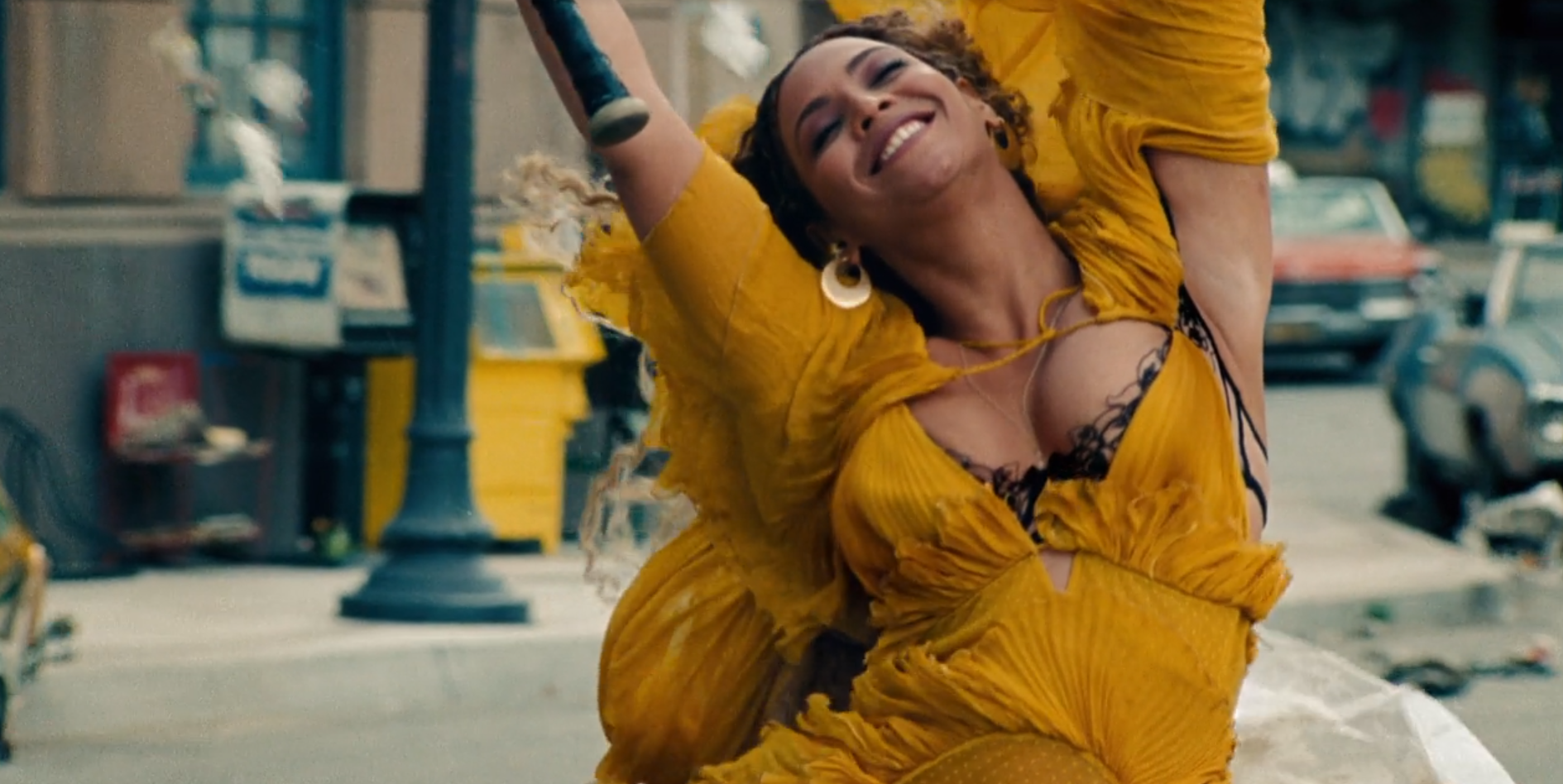 Vulnicura and ANTI paved the way, but Lemonade pushes even further by making its visual component non-negotiable. The imagery does more than compliment the songs: it builds on them, deepens their meaning, enables connections that wouldn’t exist otherwise. You need to see and hear the spoken word interstitials born from Warsan Shire’s poetry, the home movies yanked from Beyoncé’s childhood, or Malcolm X’s speech about the devaluation of black women. You need to watch her draw the threads linking her husband, her father, and the generations of women that men have been taking for granted. It’s the difference between a series of diary entries and a manifesto anchored by personal struggle.

The same can’t be said of ANTI or Vulnicura, albums that fail to achieve the same tight audiovisual integration. Rihanna’s series of prerelease ANTIdiaRY clips failed to do anything other than confound her loyal fans and promote Samsung products, and her recent string of music videos — for "Work," "Kiss It Better," and "Needed Me" — have valued style over substance. And while Björk’s Vulnicura videos remain at the vanguard of music video production — 360-degree video! VR integration! Cameras inside mouths! — they feel more like tech demos than essential pieces of the album’s narrative.

If you want proof that Lemonade is an evolutionary step forward, you only need to look at the way people are writing about the album. Critics are writing about the first time they "watched" the album where they might’ve once written about "listening" to it; others are forcing themselves to review the music and the music alone. No other album in recent memory has warranted this kind of delineation, and that’s the truly exciting thing about Lemonade: it’s setting a new standard for pop storytelling at the highest possible scale.

More from this stream Lemonade: all the news on Beyoncé’s latest album