First post on the forums. Hi! I'm cross-posting this from my site and from Medium.

In our excitement, let’s not get ridiculous. I see people tweeting that Tesla racked up billions in sales in just a few hours, and how this has to have BMW/Mercedes/Audi/Lexus/whoever "shitting bricks." I see people saying the price of oil will never rise again. I see people suggesting that Tesla has "disrupted" the auto industry, and that all the other OEMs (original equipment manufacturers, the various companies who build cars and sell them under their owned brands) must now be scrambling to adjust their product mix to go all-EV, too.

Let’s put aside the softball that Tesla hasn’t actually received the full funds for each pre-order; conversion rates on the Model S were reportedly stellar, and even with some fall-off I expect that to be a marginal impact. The real problem is that revenue should be properly spread out across the delivery interval. Tesla won’t begin production of the Model 3 until late 2017, and it’s unclear what its capacity will be and how quickly it will rise. Tesla produced 50,580 vehicles in 2015, but that does not mean its facilities are at full capacity. I’ve seen speculation that the max capacity of the Fremont facility is circa 2,500 vehicles per week. That’s still only 130,00 cars per year.

Looking at Toyota’s most recent available vehicle production figures, from 2012, this is close to how many cars it makes in Africa, per year. Globally, that year, Toyota made some 8,736,500 cars. Let’s just keep that in context.

(A little data quirk: Visiting Toyota’s Global Investor Relations site and looking at the Fiscal Year 2012 financial summary, the total number of vehicles produced is given as 7,435,781. However, this covers the interval April 1, 2011 through March 31, 2012. The numbers above indicate a slight uptick in the 12-calendar-month interval of 2012. The global production figures also provide a better breakdown by region, where the financial summary collapses Africa and Oceania into "Other.")

Elon Musk, founder and CEO of Tesla, is on the record as aiming for 500,000 vehicle per year by 2020. Assuming full production capacity on the current assembly line at Fremont by production start of the Model 3 in late 2017, that still calls for more than tripling production within three additional years. Between now and the delivery of the first units to customers in late 2017, the backlog of pre-orders will also continue to grow, likely to well in excess of 350,000. So it will take at least two years of production for Tesla, with growing production capacity, to meet up to concrete pent-up demand in the form of pre-orders.

What this means is that the sales amounts represented by the pre-orders need to be accounted for over a two-or-more-year period, starting in 2017. Not this quarter. Not this fiscal year. And in all likelihood, Elon Musk is spot on with his assessment of Tesla’s capacity/demand sweet spot in the near term as being around 500,000 units a year — and that seems like a lot, but, as we just discussed above, Toyota made 16 times as many cars globally in 2012. (8,929,887 in 2015.)

In plain terms, as nice of a PR bump as the single-weekend pre-order total of some USD 8.15 billion is, assuming the base price of USD 35,000 — though Musk expects the average selling price to be closer to USD 42,000 — in real accounting terms it’s a more modest USD 4 billion per year. That’s nothing to sneeze at! But Toyota made almost twice as much revenue in a single quarter.

My frequent comparisons to an entrenched competitor of course aligns perfectly with the calls of "disruption!", suggesting that dismissing Tesla as a marginal entrant is precisely how previous incumbents have ended up losing their dominance. Many have drawn parallels to Apple’s entry into the smartphone space with the iPhone, the incumbents being variously Nokia and RIM, now known as BlackBerry.

Superficially this seems true, but deeper analysis is less convincing. The critical feature of a disruptive innovation is that it is not a logical progression of technology refinement along existing axes, and consequently can not easily be adopted by the incumbents.

The iPhone shifted the emphasis away from tactility and physicality (as represented by the Nokia Communicator or various Symbian devices, or the classic Blackberry) to multitouch and virtuality, requiring a deep rethink of virtually all interaction metaphors with the software. It inverted the primacies defining the smartphone from hardware to software, since all interfaces (save for the volume toggles, home and lock buttons and mute switch) were now virtual, in stark contrast to the abundance of hard keys that had long defined the mobile phone. This emphasized Apple’s strengths in software and user interfaces over Nokia’s and RIM’s in physical manufacturing and back office operations, respectively, ultimately giving Apple time to ramp up and eventually outperform these vanquished incumbents in the areas of their traditional stengths.

The Model 3, like the Model X and Model S and even the Roadster before them, does not significantly change user behavior as concerns the vehicle. The practice of plugging into a charging station at home or at work, or taking advantage of the Supercharger network (which is a really important, really interesting part of the mix) is substitutive for stopping for petrol, but in day-to-day use you drive Tesla cars just like you drive Audi or Hyundai or Renault cars. And as for the production side, well, Tesla is actually utterly conventional. It literally uses the same metal stampers, the same construction approaches, the same assembly robots — its Fremont facility is a former Toyota factory!

There is no distinction in production method aside from the detail of how it packs Lithin ion battery cells into a flat layer, eliminating the transmission tunnel. But Chevy has done the same thing… 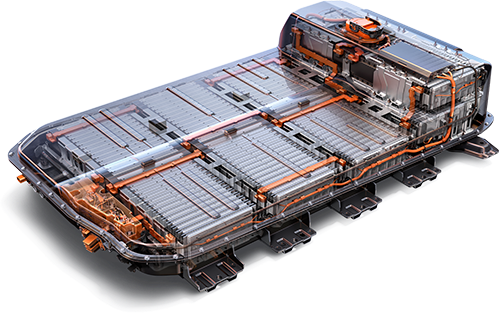 "… thanks to an innovative battery cell arrangement, Bolt EV offers a low-profile underbody. This maximizes interior space for passengers and cargo. The centrally located battery pack provides optimal center of gravity, for excellent ride and handling." It’s even the same rhetoric.

The incumbents have all variously demonstrated their ability to adopt electric and hybrid drivetrains into their product mix quite transparently. Lest we forget, as Toyota goes, so the plug-in hybrid vehicle market goes, because the Prius essentially defines that category. And General Motors put fully electric vehicles on the road before Elon Musk was even in college. GM has the Volt hybrid, and expects to begin selling the all-electric Bolt this year, possibly a full 12 months before Tesla’s Model 3. BMW has the i3, which is a somewhat middling vehicle but at least demonstrates the engineering capability, and Nissan has the Leaf. Even Porsche has the Mission E concept, often cited as a "Model S fighter."

So Tesla doesn’t disrupt the industry at all, it merely assumes the risk of serving as bellwether. If Tesla does exceptionally well, and particularly if the incumbents see significant erosions in their sales of internal combustion engine (ICE) vehicles and plug-in hybrids, then they will adopt the fully electric drivetrain, and quite easily.

"Fine," says my interlocutor. "Tesla itself will not ‘disrupt’ the auto industry, but its success will drive all the OEMs to shift their emphasis away from dirty, polluting internal combustion engine-powered cars to clean, environmentally-friendly electric vehicles. Tesla is the sharp edge of the wedge of revolution!"

Eventually, nearly all cars will be electric. Electric vehicles are not a new idea: the Baker Electric was made in 1899. But Tesla sells a small number of vehicles exclusively in developed countries with reliable electrical grids and decent road networks. There is a huge amount of sustaining demand in places that lack one or both of those things, and that demand continues to grow.

Reaching the point where the majority of vehicles sold in a given year are EVs requires massive global investments in infrastructure that are simply not on the visible horizon. It could take more than 30 years to build out, at which point our ability to meaningfully predict the shape of the personal transportation market is likely to have been altered by forces like automation and the continuing penetration of ride/car sharing services.

There is literally no point in talking about BMW or Ford ceasing to make petrol-powered cars.

What we appear to have here is a classic Peak of Inflated Expectations. I can’t help but notice that many who are suddenly speaking on Tesla seem to come at it from a Silicon Valley-centric notion of software "eating the world," and don’t appear to have much interest, information or affinity for the automotive industry at large. And when presented with informed rebuttals for some of their more outlandish statements, they fall into the reflex of labeling dissenters as "trolls."

Electric cars are the future. There is absolutely no doubt about that. Some of us gearheads/petrolheads may wax nostalgic at the notion of losing the beloved signifiers of our internal combustion engines — the noise, the smell, the vibrations — but those losses are benefits for the majority of transportation appliance needs. And even dynamically, the flat torque delivery curve of electric motors, with max torque available at effectively zero RPM is already transforming motorsport: see the McLaren P1, Porsche 918 and LaFerrari, all of which use electric motors for "torque fill" during gear change and acceleration events.

Electric cars are the future, but batteries are not—at least, not the batteries we have today. There is talk of developments like graphene batteries, with immense charge densities and much faster (10x) recharge times, and even a company claiming availability "before the end of the year." We’ll see.

The current brand of "EV religion" is too tied up in zero emissions. I’m very interested in performing an EV conversion that maintains a small ICE as generator, fully decoupled from the drivetrain, which recharges a small battery bank for silent operation but can also directly power the electric motor for sustained high draw (heavy acceleration, or "sport/race mode"). Coupled with the still-unmatched energy density of petrol, this would be an EV with incredible range, high efficiency, low emissions and ready fuel availability — plus "recharge" time in minutes, likely quicker than other cars since it wouldn’t need as large a fuel tank.

But I digress. Tesla Motors is a groundbreaking company and I wish it every success, but let’s pump the brakes on declaring the incumbents dead in the water, throwing around the term "disruption!" and other irrationalities. Enjoy the ride!