Civilization VI is launching in October

Civilization VI is launching in October

The next Civilization is on its way. Today developer Firaxis announced that Civilization VI will be launching on PC on October 21st, making it the first main entry in the series since Civilization V in 2010. That game was a huge success, which means that there won’t be any drastic changes to the formula for this latest release; the core will remain largely the same, with new features on top. "Everything that Civilization players have loved in Civilization V, we’re bringing forward, in addition to putting on the new gameplay from Civilization VI," says lead producer Dennis Shirk. "It’ll be like a warm blanket."

While Firaxis isn’t talking about all of the new features coming to Civilization VI, the studio has highlighted a few key changes for the game. Chief among them is that cities will play a bigger role, by, well, being bigger. Instead of taking up a single tile, cities can now expand across multiple tiles, and where you place them is now of greater importance. The key to this is districts, important sections of a city that now take up their own tile. A campus district, for example, will be home to all science buildings, so you can’t build a library or research lab until you have the right district. Location also matters: for example, by putting a city near a body of water you’ll get a huge bonus when it comes to researching new water-related technologies like sailing. 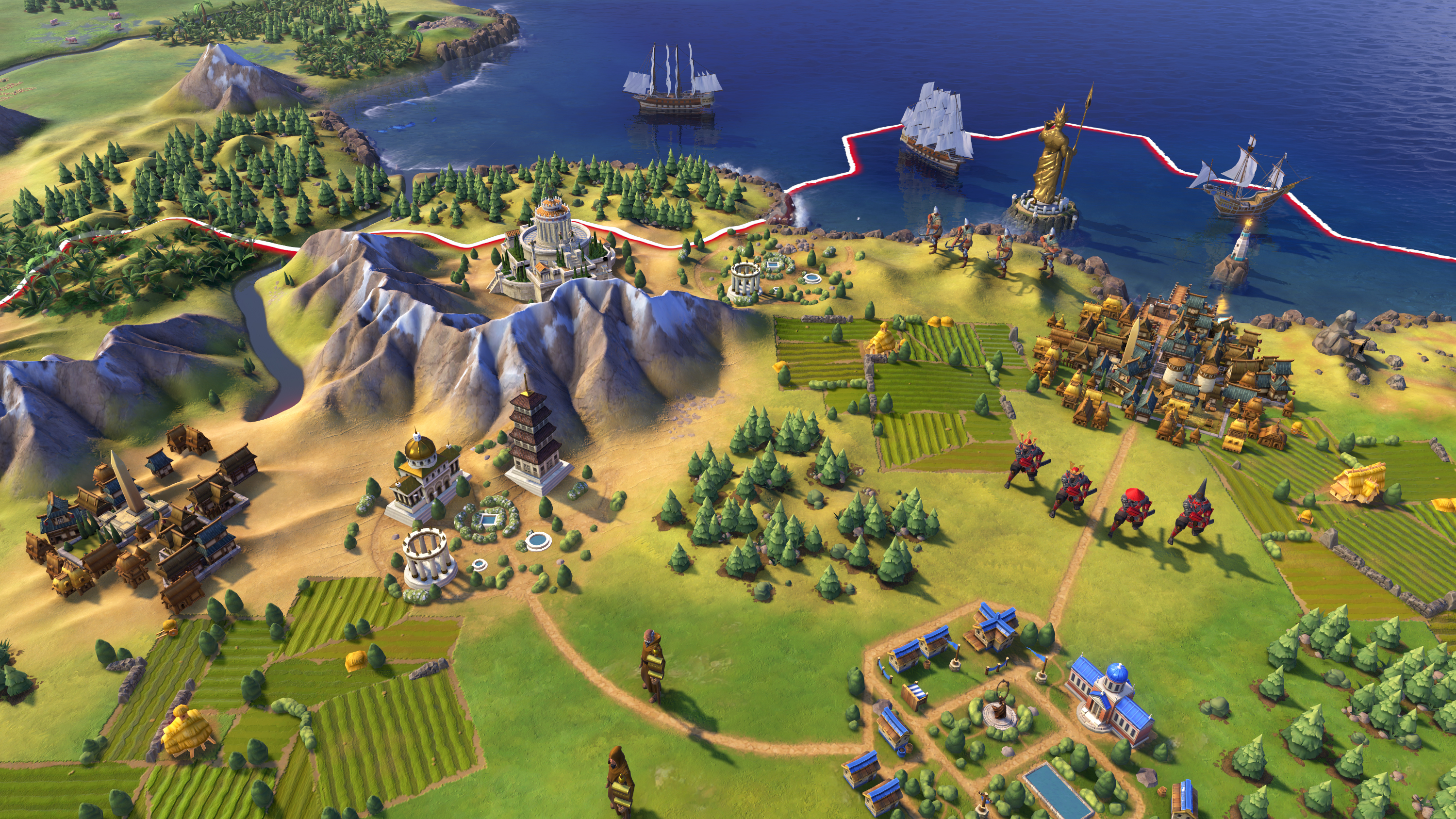 "Every tech in the game has these boosts, so that the way that you play, the things that you do in the world actually help you go down certain paths in the tech tree, which to us felt a lot more interesting," says Shirk. It might not sound like a major change, but Shirk says that the new cities add a different layer of strategy to the game. "When you place that first city, after you’ve played a few times, your mind really starts going and the gears start turning, when you’re looking at the area around your city and deciding what kind of city it’s going to be," he says. "You don’t have room for everything, so you’re going to have decisions to make."

Another big change comes from the historical figures you’ll be playing against. Civilization VI introduces a new concept dubbed "dynamic diplomacy," in which the motivations of the AI characters will change over the course of a game, based largely on how you interact with them. "Each leader has a historical agenda that’s associated with them, that reflects in some way who they were in history," says Andrew Garrett, lead AI designer on the game.

Those agendas will influence their behavior, which can change depending on what you do in the game. For example, if one character is obsessed with building wonders — one-of-a-kind structures like the pyramids or Stonehenge — and you are building a lot of them as well, your relationship with that character will become strained. "We want them to be understandable to the player," Garrett says of the AI characters, "but also to provide a challenge and a different game each time." (The updated characters were inspired in part by their counterparts in Beyond Earth, the sci-fi Civ spinoff that launched in 2014.) 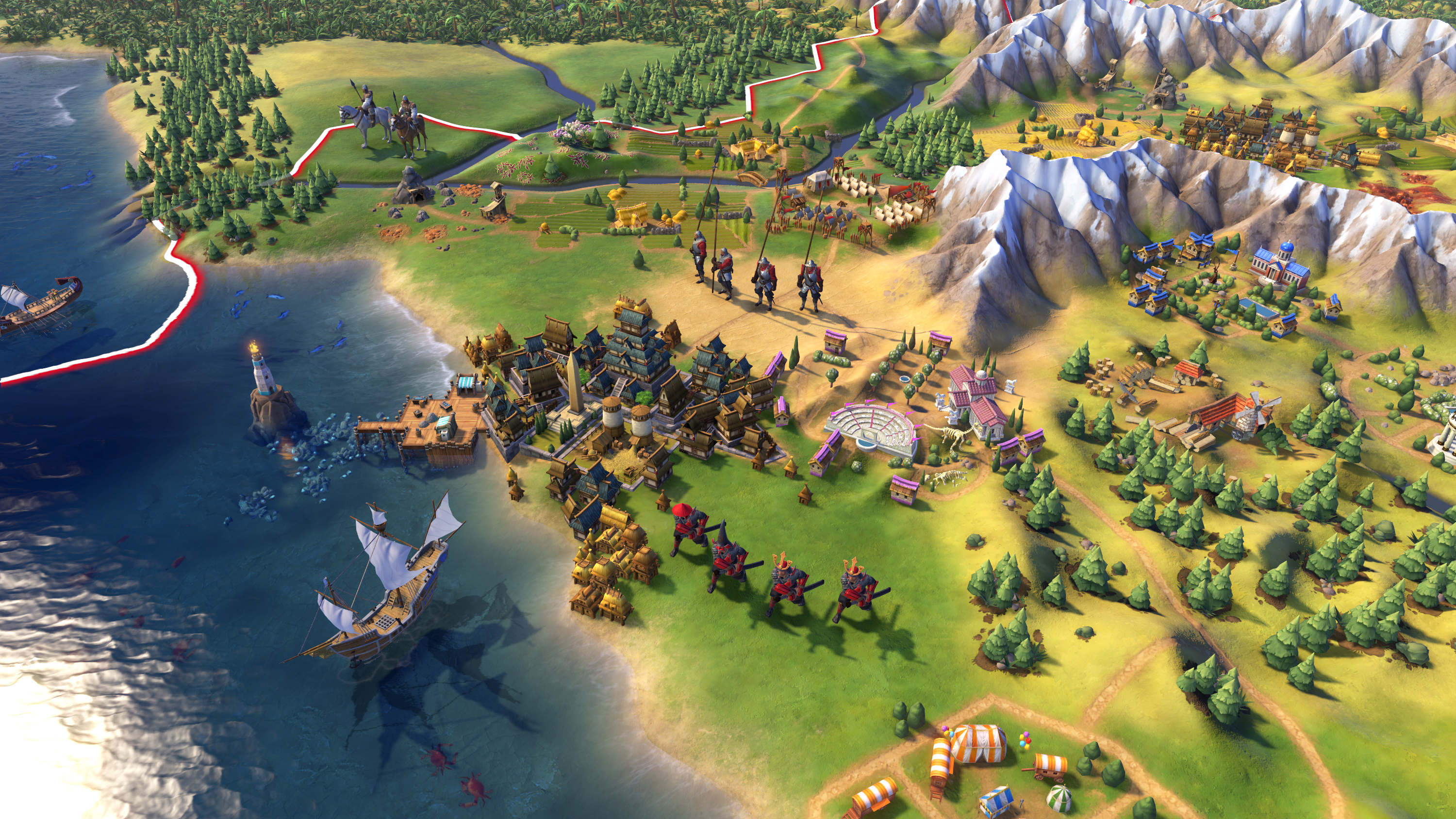 Civilization VI was built using a brand-new engine, and with that comes an overhauled visual style that gives it a much brighter and more detailed look than its predecessor. According to Shirk, though, the graphical changes aren’t purely cosmetic, they're functional as well. For instance, the AI characters are now more expressive, with more animation, making it easier to judge their mood and mindset just by looking at them. The different city tiles, meanwhile, are easier to differentiate now, so that you'll know what they are at a glance. "We didn’t want to do a visual overhaul if we didn’t have reasons to do it," says Shirk. "Everything needs to be more readable."

"We didn’t want to do a visual overhaul if we didn’t have reasons to do it."

The lack of any massive changes isn’t especially surprising; Civilization V has sold more than 8 million copies to date, a huge chunk of the nearly 33 million copies the series has sold in total. Firaxis clearly doesn’t want to alienate that playerbase, but instead is using Civ V as a stepping stone to further develop new ideas. "We know that expectations are going to be high for it, so we felt that it was important to make sure that this game was going to be accessible to [Civilization V] players," says Shirk. "So that when they came over, it wasn’t going to be like trying to learn an entire new game, but was something that they can connect with and pick up easily."