If you're working on a Raspberry Pi project, you're probably interested in the "Internet of Things," and if you're interested in the "Internet of Things," you're probably all about Bluetooth. The Raspberry Pi 3 added Bluetooth and Wi-Fi to the ultra-popular, ultra-cheap tiny computer (you have to use third-party dongles with the older versions), but the software support for Bluetooth was lacking until now. The underlying drivers were there, but today's update to the default Raspbian Linux distribution adds much-needed GUI tools to manage your Bluetooth connections. 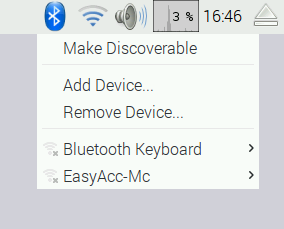 The updated version also includes the Geany editor for programmers, and a few other tweaks to make a hacker's life more comfortable. Bluetooth support is still nascent, and there are more hurdles to overcome, but the Raspberry Pi community is large and active, and it should only get better from here.