Forza 6 has gained a new NASCAR expansion, meaning that if you've ever wanted to race a NASCAR stock car against a 1970's Formula One car, now you can. The expansion includes 24 2016-season NASCAR models from a variety of top teams, as well as the addition of Homestead-Miami Speedway.

The expansion, which costs $20 on the Xbox One and requires the full version of Forza 6 to work, includes a number of NASCAR-specific features like rolling starts and a more complex drafting model to make things more realistic — a longtime goal of the Turn 10 Studios team that makes Forza.

Especially interesting is the ability to race NASCAR cars against other types of race cars, on tracks and in conditions where NASCAR typically doesn't operate. Want to race in the rain at Silverstone or Spa? Or put a NASCAR up against a V8 Supercar at Bathurst? Can do. 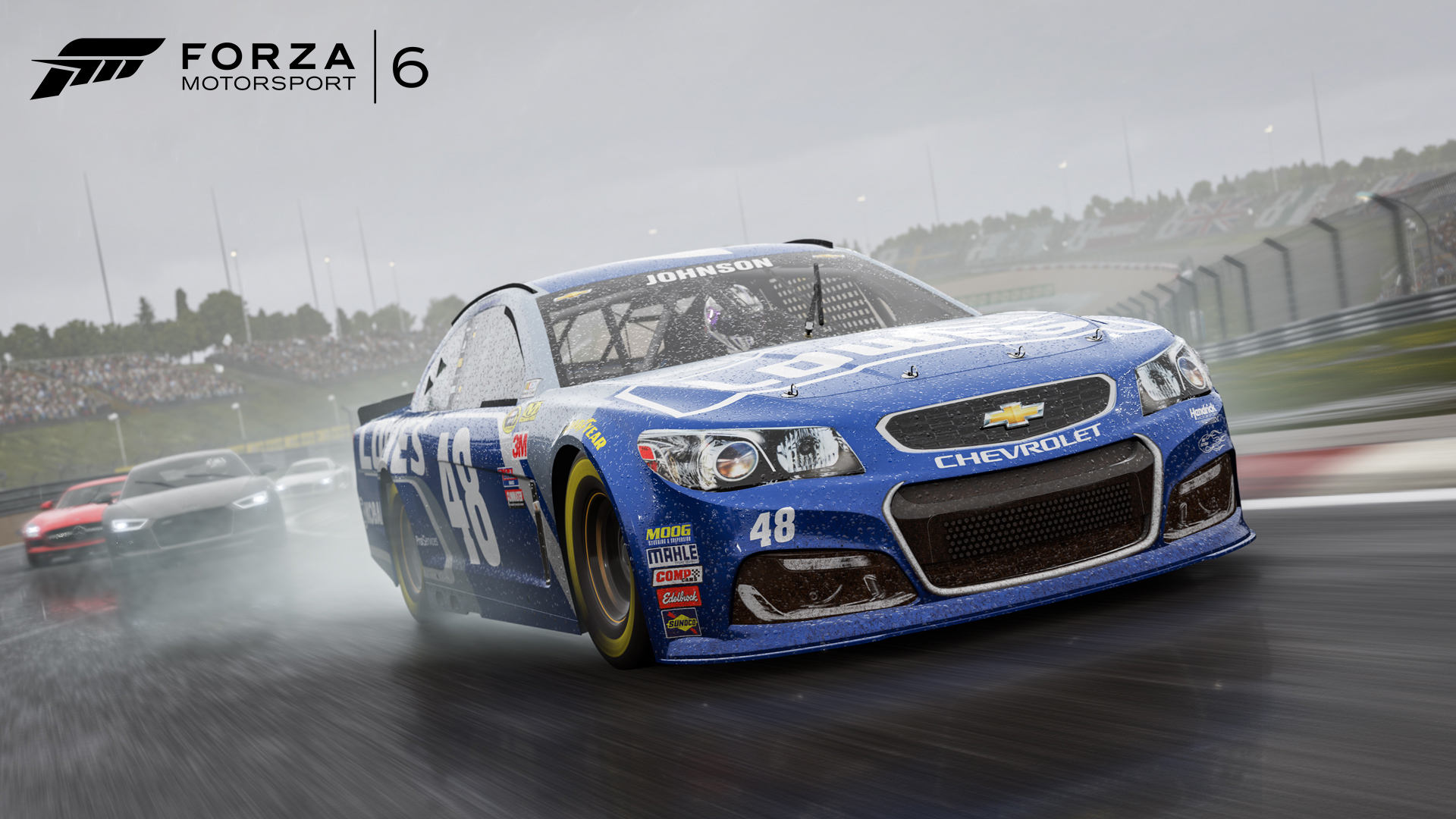 The NASCAR expansion includes a 10-hour career mode as well as NASCAR-themed multiplayer hoppers, time-focused rivals, and ranked leagues. It's available now for $20 on Xbox One.