The Verge Review of Animals: the star-nosed mole

The Verge Review of Animals: the star-nosed mole

A 'nose' for touching

The star-nosed mole is an under-appreciated wonder. Although its snout is widely considered one of the world's most sensitive sensory organs, most humans are repulsed by the 22 tentacle-like "rays" that adorn its lovely little nose. And that's damn shame.

Consider this: the star-nosed mole's snout contains about 30,000 dome-shaped structures that contain nerve endings, called Eismer's organs. That's almost double the amount of touch fibers contained in a single human hand. And the hand comparison is apt; the "star" portion of the moles' snout is used for touching — not smelling. Its precision is so great that this functionally blind mammal's ability to feel its way around its underground environment has been likened to our sense of sight. In essence, the star-nose mole "sees" through touch.

And this process happens fast; star-nosed moles touch their noses to the ground around 10 to 15 times per second. Just look at this critter feel its way around a tunnel:

One of the main functions of the organ is to help the moles catch prey items, which they can gobble up in as little as 120 milliseconds. Because of this, they hold the Guinness World Record for the fastest mammalian eater.

Star-nosed moles' diet consist mainly of worms, insects, small amphibians, and fish. That last prey item might come as a surprise, but most of these critters live in the wetlands of Canada and the Eastern US, and they have no problem swimming to catch food. In fact, they've developed a way to smell underwater. By blowing air bubbles onto objects and then sticking their noses in them, they can detect prey.

But their snout doesn't just help them catch food. It also doubles as a shovel, helping them push through soil.

There's more to these little guys than their noses, however. Despite being about the size of a hamster, star-nosed moles are strong. With their paws, they can tunnel through soil at a rate of up to eight feet per hour. And when star-nosed moles get scared, they can run at a speed of about five miles per hour.

Their swimming abilities are less impressive. Star-nosed moles can only stay underwater for about 10 seconds before surfacing for air. Still, it's nice to see them navigate underwater. Here's one swimming under ice:

Little is known about the star-nosed mole's social life. Scientists think they're monogamous for one breeding season, but their social organization isn't well understood. They're active both during the day and the night, and they catch up on sleep whenever they can. They also have large ear canals, but when they're held in captivity, they don't make much sound, so it's not clear how they communicate with each other. It's possible that they use various glands to produce chemical cues that can signal to other moles — but that's a mystery. Still, being able to smell underwater and "see" things with "fingers" that protrude from their snouts make the star-nosed mole a winner in my book.

If you aren't convinced of the star-nosed mole's value by now, then you may never see the light (hah). But that doesn't mean I'm not going to try to convince you one last time. Here, for your viewing pleasure, is a picture of the star-nosed mole babies. If that isn't adorable enough for you, then I truly cannot help you. 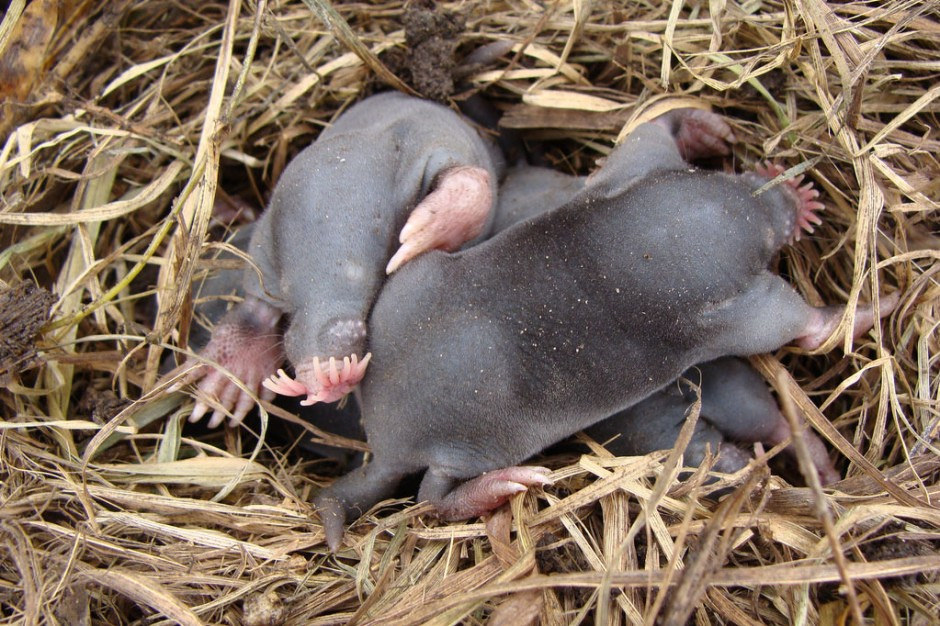