Battlecast takes the popular Hearthstone formula and adds a handful of classic RPG-like elements. Players control a team of three characters as they face off with another group in turn-based combat. Each round, players can change which character is on the front lines, which in turn affects the kind of cards that can be played (each character represents one of eight different "elements"). The goal is to knock out the opponent's group by way of casting spells (i.e., playing cards) and by using your characters to directly attack your enemies. 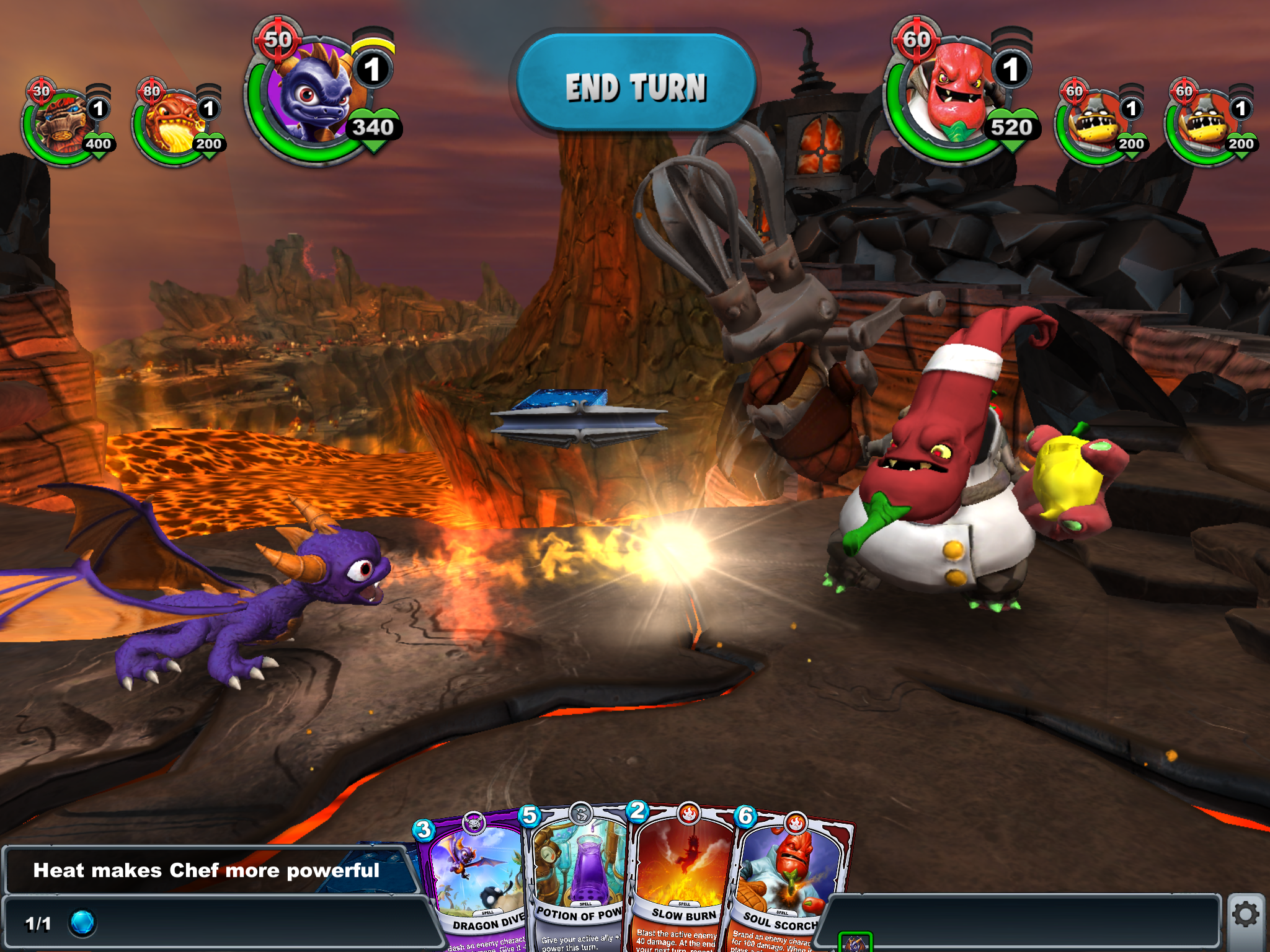 Skylanders is known for its distinct art style and charm, and that translates to Battlecast well. Character animations are cartoonish and expressive without feeling like they slow down the gameplay. There are 24 characters in all to choose from, and up to 300 different cards.

Skylanders Battlecast is free to play, but expanding your collection of digital cards will cost both money and time. The game's virtual currency is both earned through playing matches as well as purchasable with real-world money. Those coins, in turn, can be used to buy eight-card booster packs (500 coins) and 22-card "battle packs" (1,400 coins, or $14.99). 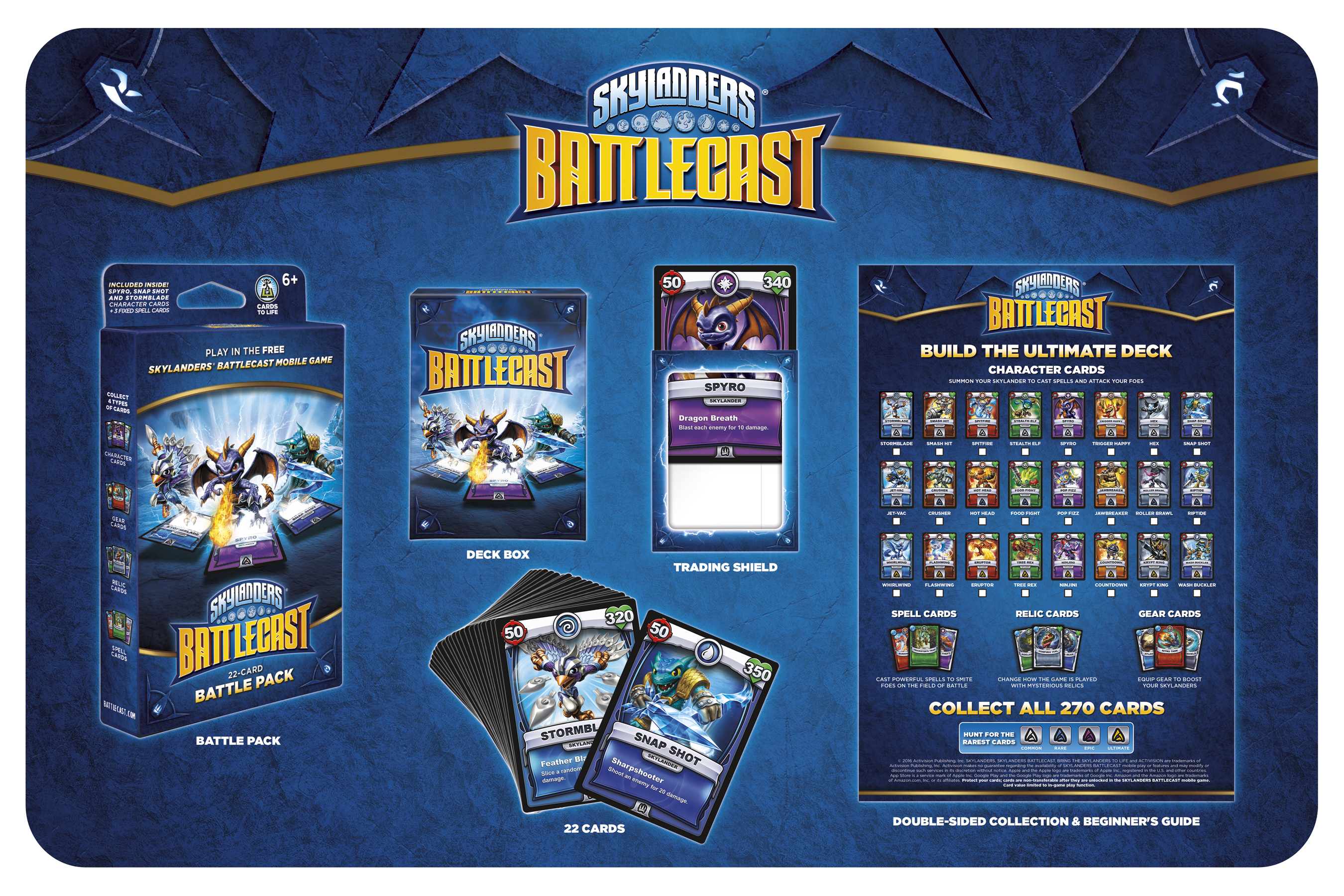 Of course, since this is Skylanders, there is a real-world option for expanding your in-game collection. Instead of figurines, players can buy packs of physical cards to "import" into the game using your device's camera. It's actually cheaper to get physical cards than it is their digital analogs, at $4.99 for booster packs and $9.99 for battle packs. Once imported, the cards become a part of your permanent collection — which is to say, the physical versions become more or less display items for those that like to keep binders of cards to show off. 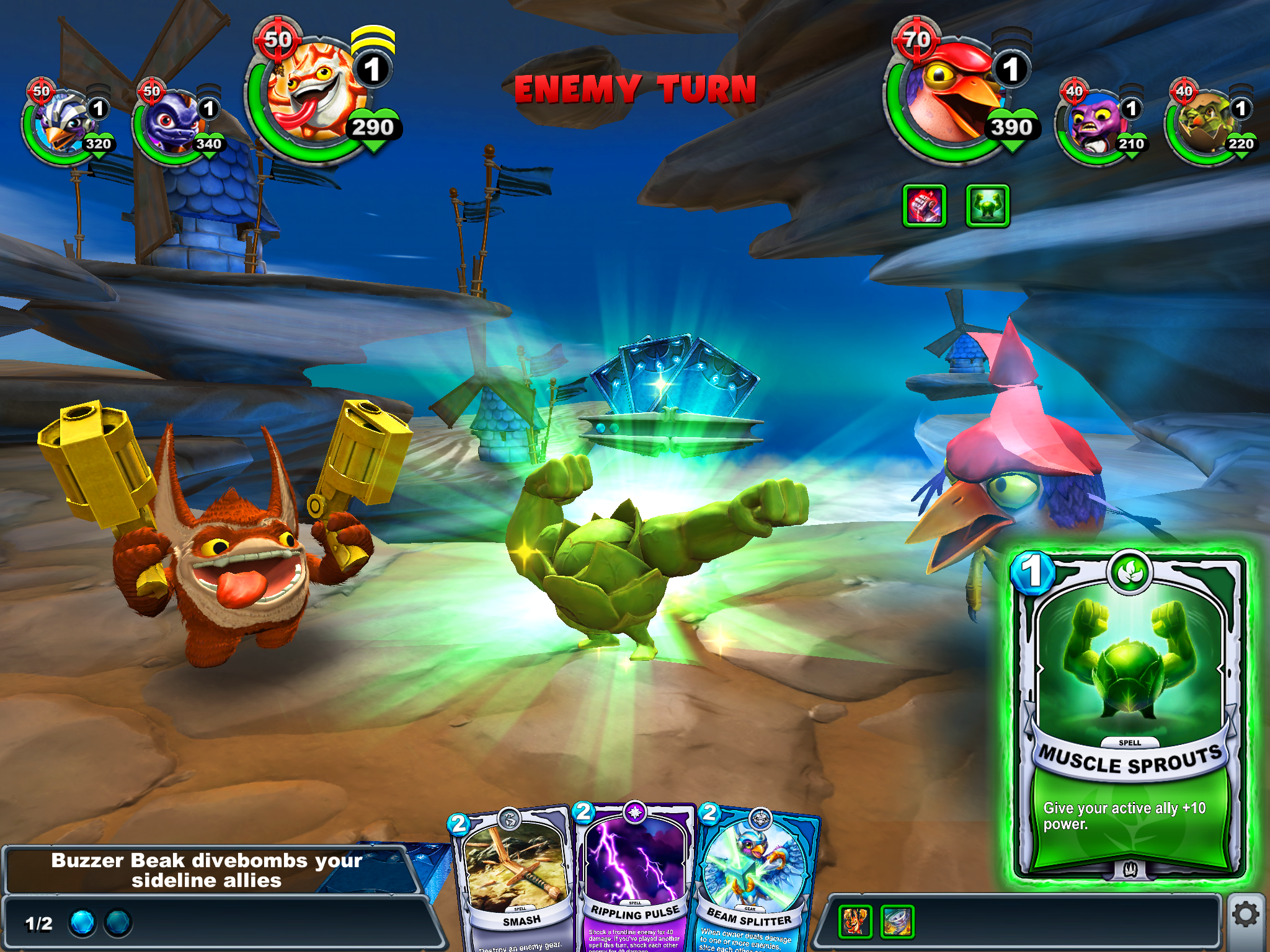 The traditionally toys-to-life Skylanders series has been massively successful, earning more than $3 billion since 2011. Mobile card games have also proven to be very lucrative, with Blizzard's Hearthstone reportedly earning $20 million a month. But Battlecast isn't trying to compete with Hearthstone so much as it is looking to reach a new audience in the same genre — all of which probably works for Activision, the publishing powerhouse that owns both franchises.

Skylanders Battlecast will be available via iOS App Store, Google Play, and the Amazon Appstore.