There's even a fishbowl and everything, wow I can't believe this

Perhaps you've heard of the Korean term Meok Bang before, in which vloggers who call themselves BJs (Broadcasting Jockeys and not anything else) live stream themselves gorging on food before an online audience of millions of Koreans. The reasons for this are:

a) In a country that is rapidly changing, socioeconomically speaking, young people are increasingly choosing to live on their own. Putting on a Meok Bang channel lets them eat with virtual dining companions instead of having to eat with others IRL. It's a novel way to have one foot in Korea's deeply collectivist roots and the other in new, uncharted territory in which Koreans are seeking modern alternatives to outdated tradition which dictates that one should never eat alone.

b) Sometimes the BJs are really hot women.

Now, a new twist on this Meok Bang phenomenon has popped up: it's called "Cat Meok Bang," and it's a channel solely dedicated to live-streaming stray cats.

The genius with a heart of gold who started it is Koo Eun-je, who goes by the handle BJ Thief Cat. Stray cats have a pretty bad rep in Korea, unfairly labeled as thieves who "steal food" (hence Koo Eun-je's alias). That's why it's so refreshing and rare to see someone not only exhibit kindness to hungry cats, but to go above and beyond to actually catch fresh fish for the kitties!

The idea to start Cat TV came to BJ Thief Cat when he was visiting his mother-in-law in the countryside of southwestern Korea, and he noticed a stray cat outside. He gave it some leftover fish, and when it came back the next day, other stray cats followed. He set up a surveillance camera and started a channel for him and his wife to watch — that quickly spread to 110,000 other viewers who now watch every month. Viewers sent him virtual cash items, cat food, and donations so Koo could continue doing the lord's work: running what he calls "a restaurant for cats."

Koo has set the camera pointed at the kitty feeding area, which has been lovingly decorated with cutesy toys, an LED-illuminated fishbowl, and most charmingly of all, a freaking menu board. I will translate what it says because I am losing it over here: 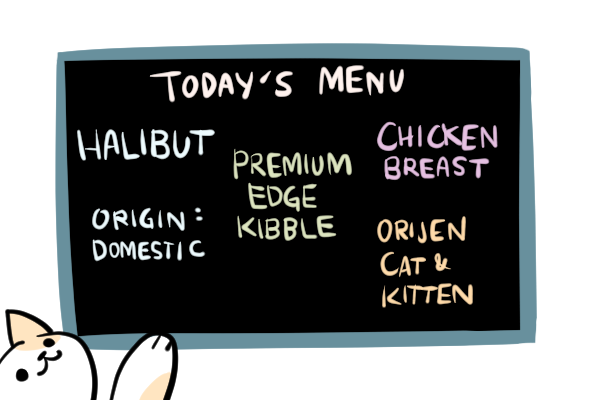 As if he could not be a more endearing and adorable soul, BJ Thief Cat has given the cats nicknames and written them on the colorful papers posted on the brick wall. It's not clear which cat is which, so I will do my best to both accurately translate the names and match them up with the cats how I see fit. I swear to god I am not making these names up (though some of the characteristics may be my own reckless projections). I have also taken the time to give them power rankings, based on my own whims and arbitrary rubric. 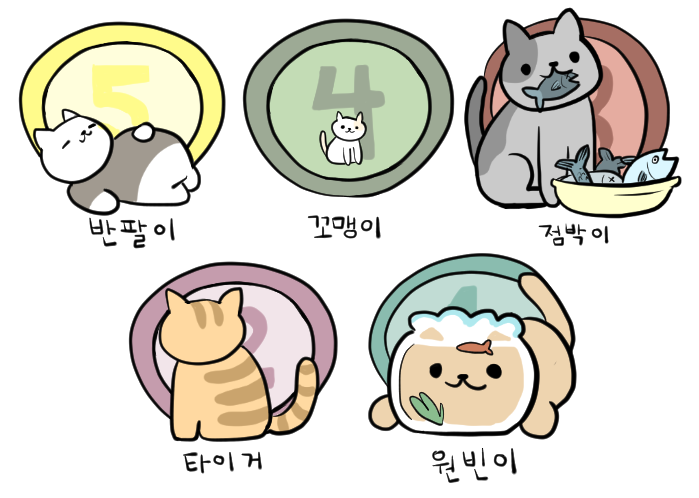 #5: T-shirt
Traits: likes getting high on cat nip and taking naps in bursts of 30 minutes or so, but for a full day

#4: Little one
Traits: chews too loud, is very smol

#3: Spot
Traits: can viciously devour an entire bowl of mackerel in 30 seconds flat

#2: Tiger
Traits: enjoys looking at himself in the mirror and getting lost in his own reflection

#1: Won-Bin
Traits: is named after a famous movie star in Korea, whose main characteristic is that he has a a perfect face — automatic #1

The live-streaming is limited only to Korea for now, though. In the meanwhile, you can watch fan-uploaded videos of the live streams here.