After two decades of working for big studios on blockbuster games and movies, Colin Price needed a change. The Liverpool-based artist felt that it was now or never, and in December 2014 he decided to leave the comfort of a studio gig for the life of a freelancer. “I was at a point in my life when I thought, if I don't do this now and prove to myself I can do this then I’ll never do it,” he says.

Price started his career in games in 1996, and soon after he landed a job at Psygnosis, later renamed Studio Liverpool, the now-defunct studio behind the iconic futuristic racing series Wipeout. From there he went on to work as an art director on some of the biggest racing games around, including MotorStorm, Formula 1, and most recently Driveclub. But even when he was in charge, he never stopped creating art. “I’ve always tried to keep as hands-on as an artist as possible,” Price says. “Even on Driveclub I was producing the concept art for the game, it just made sense to art direct and concept at the same time. Too be honest, I don't know what I’d do if I wasn't doing this.”

"For me telling a story visually is incredibly important."

Since going freelance, Price has worked with a number of creators in both games and film, though he can’t talk about it much. His slate of current projects is a long list of NDAs; things he’s really excited about but can’t discuss just yet. He worked on an unnamed game with Adrift developer ThreeOneZero, for example, and a mysterious movie with director Simon McQuoid. But outside of client work, he’s been publishing a steady stream of wonderful sci-fi concept work on his own site. Like most people working in science fiction, he’s been influenced by iconic artists like Chris Foss and the late Ralph McQuarrie. But his work isn’t just more of the same spaceship concepts; Price’s pieces have a distinctly alien vibe, with crafts and creatures that really look like they come from another world.

"I’m strongly influenced by color and by story," Price says. "I always try to put some story into all my works, try to give people a chance to be prompted to make their own mind up about a piece. I also like to try and put the extraordinary in with the mundane, like everyday life being ruined by some huge ship or mech. For me telling a story visually is incredibly important."

While he’s had the opportunity to work on some big-name titles in the past, Price says there are still a few dream projects for him. He’d love to work with directors like Duncan Jones or Gareth Edwards, for instance, and he wouldn’t say no to working on something related to Star Wars or Alien. No matter what, though, he wants to stick with making art — and his recent shift to freelance has only strengthened that idea.

"I don't think I can really call it a job," says Price. "I always say I get paid to paint monsters and spaceships."

You can find more of Price's work on his site. 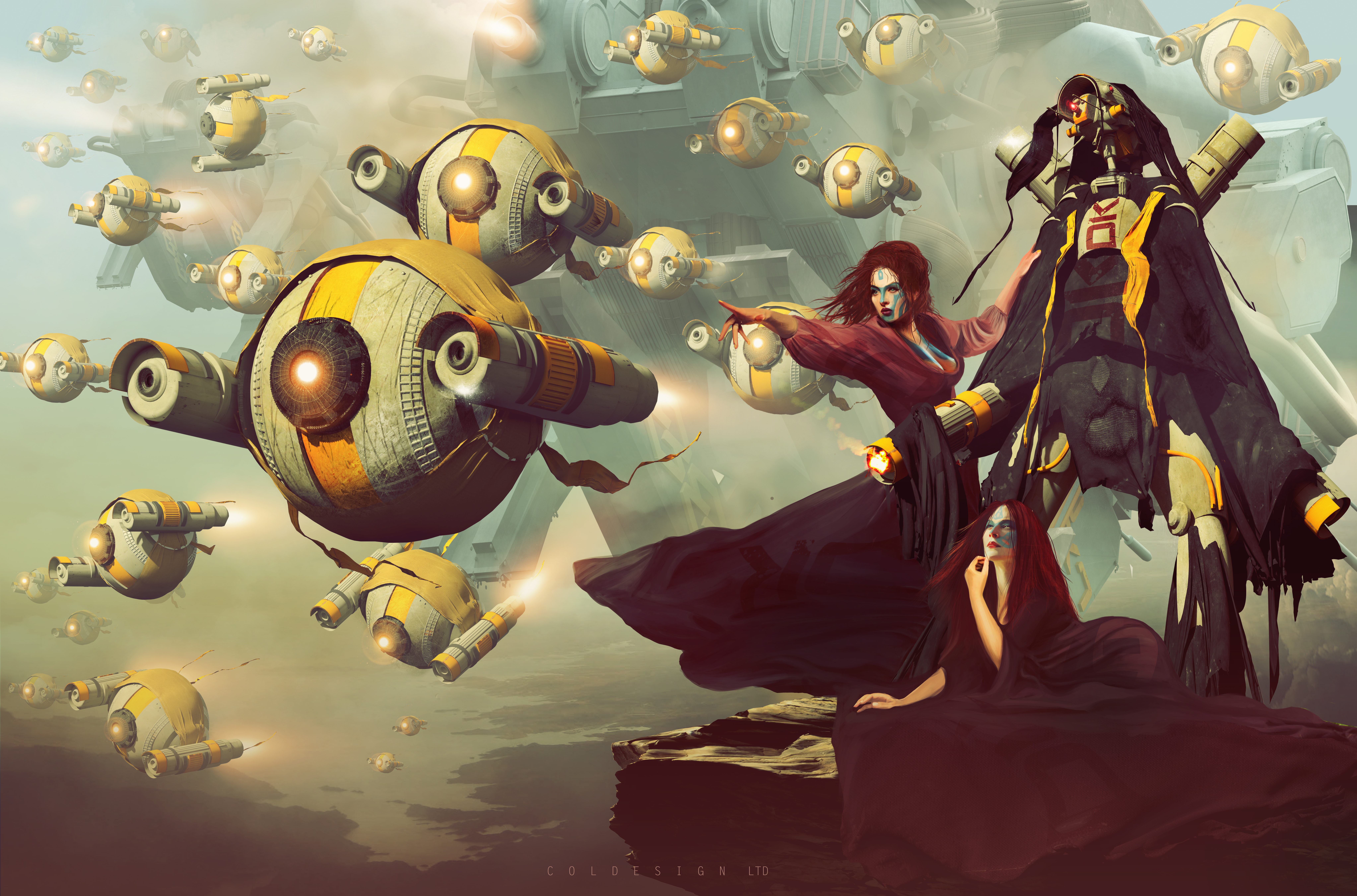 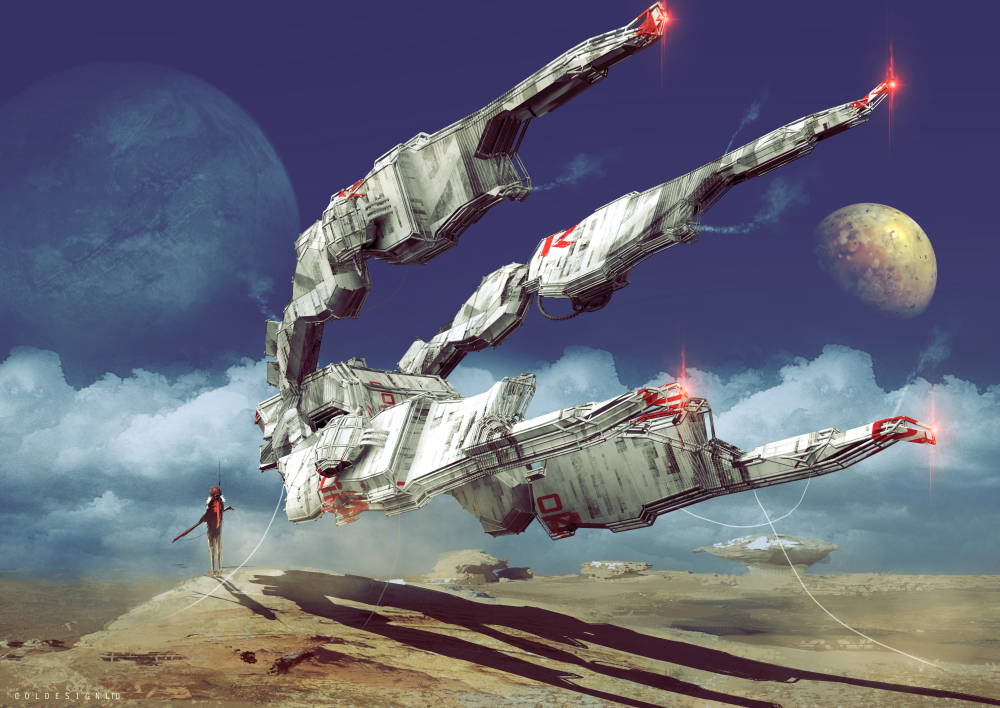 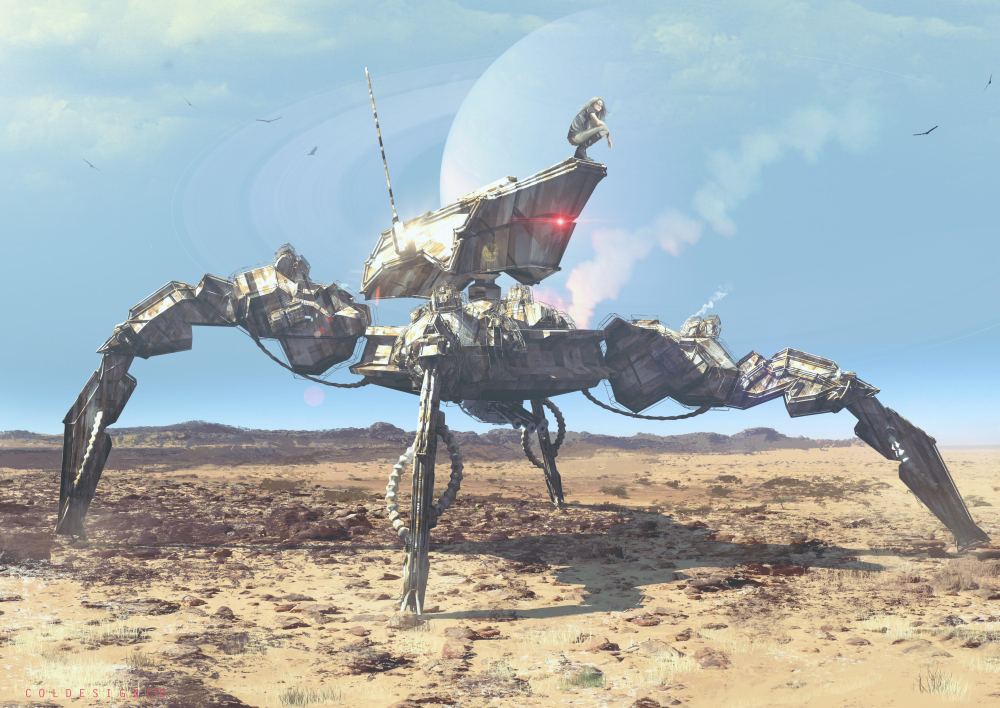 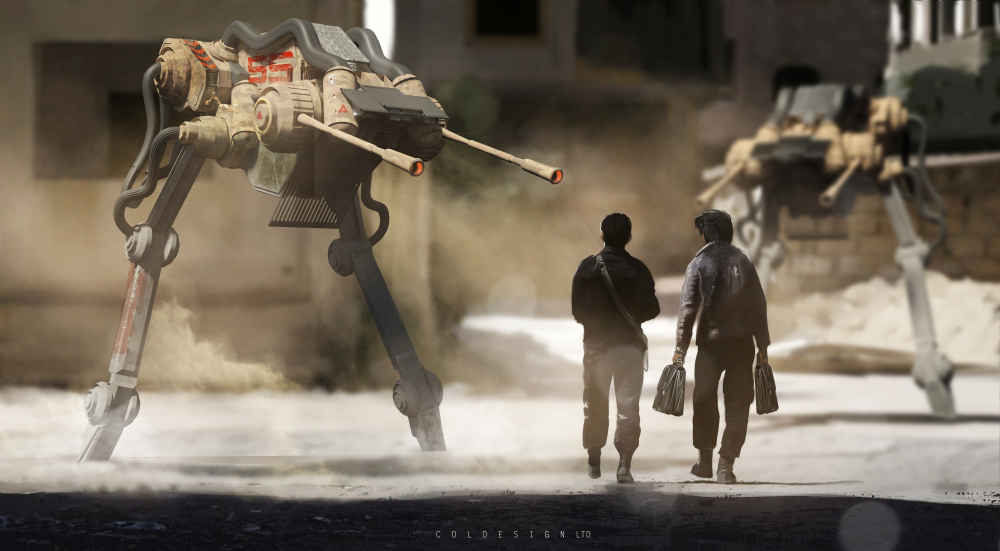 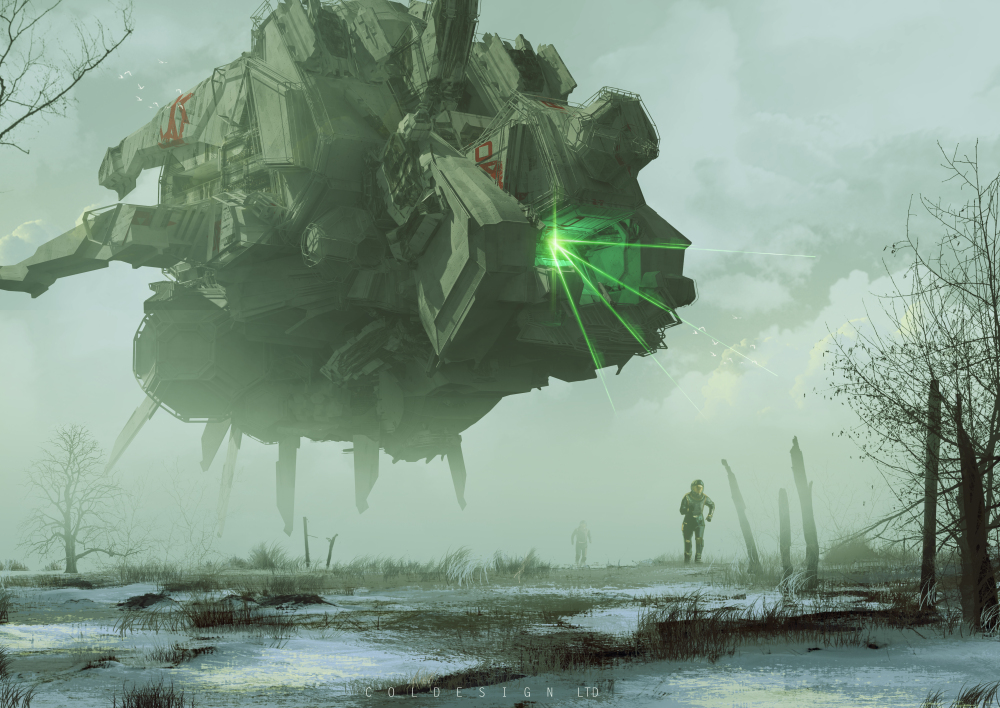 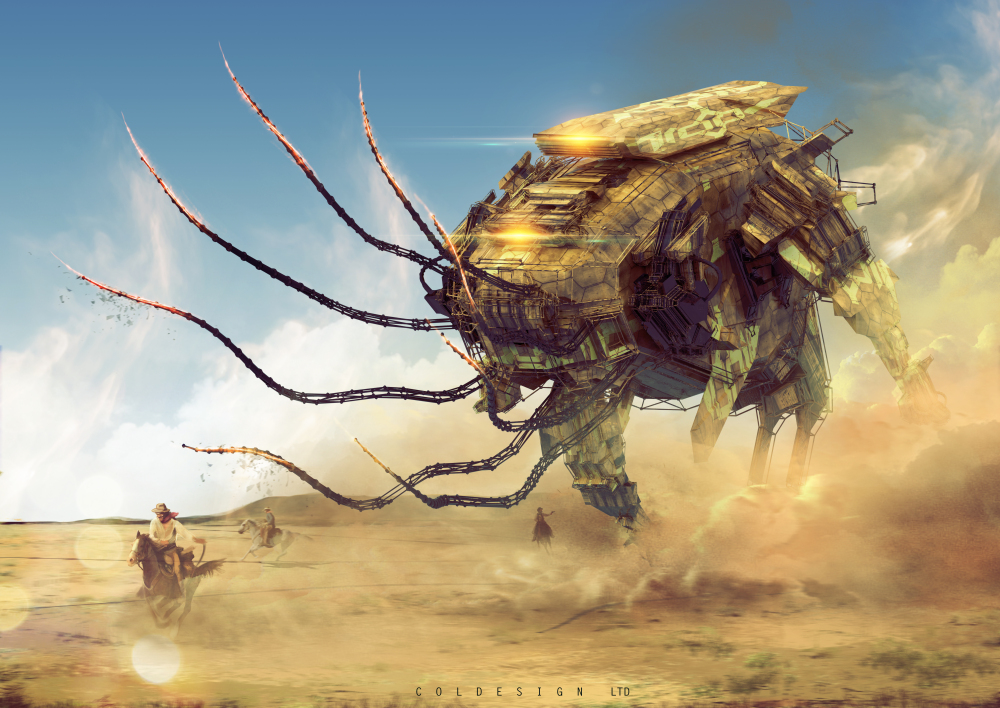 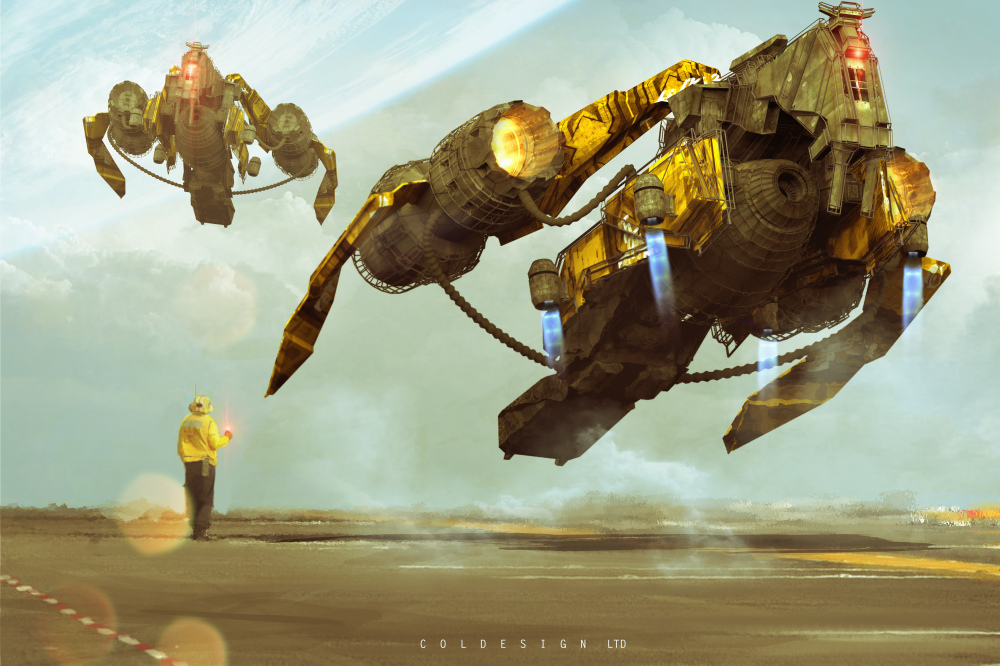