The Verge Review of Animals: the marten

The Verge Review of Animals: the marten

If you were paying attention to world technology news this past week, you may have heard about an incident involving the Large Hadron Collider, the device responsible for discovering the Higgs Boson particle in 2012, short-circuiting due to a "weasel-like animal" chewing through its power cords. The offender? The beech marten. This insanely cute — and obviously very mischievous — little fellow is native to various parts of Europe and Asia, with an American cousin living in the Northern US and Great Lakes regions. Otherwise known as the stone marten, its closest relatives are badgers, skunks, and weasels. Looking at pictures of the marten, it’s easy to be mislead by their adorableness — but don’t be fooled, they are evil vermin criminals!

(Side note: one time I asked my mom to take me to a family friend’s farm — hey, I’m from Nebraska, okay? — because I wanted to look at the animals. When I saw what I thought was a dog, I begged her to let me take it home with us. It was then that the coyote snatched a chicken out of the chicken coop and ran off with it. I cried. So while my unnatural love for this animal still exists, I recognize that the cutest creatures are often the most nefarious. Sadly, the marten is no exception.) 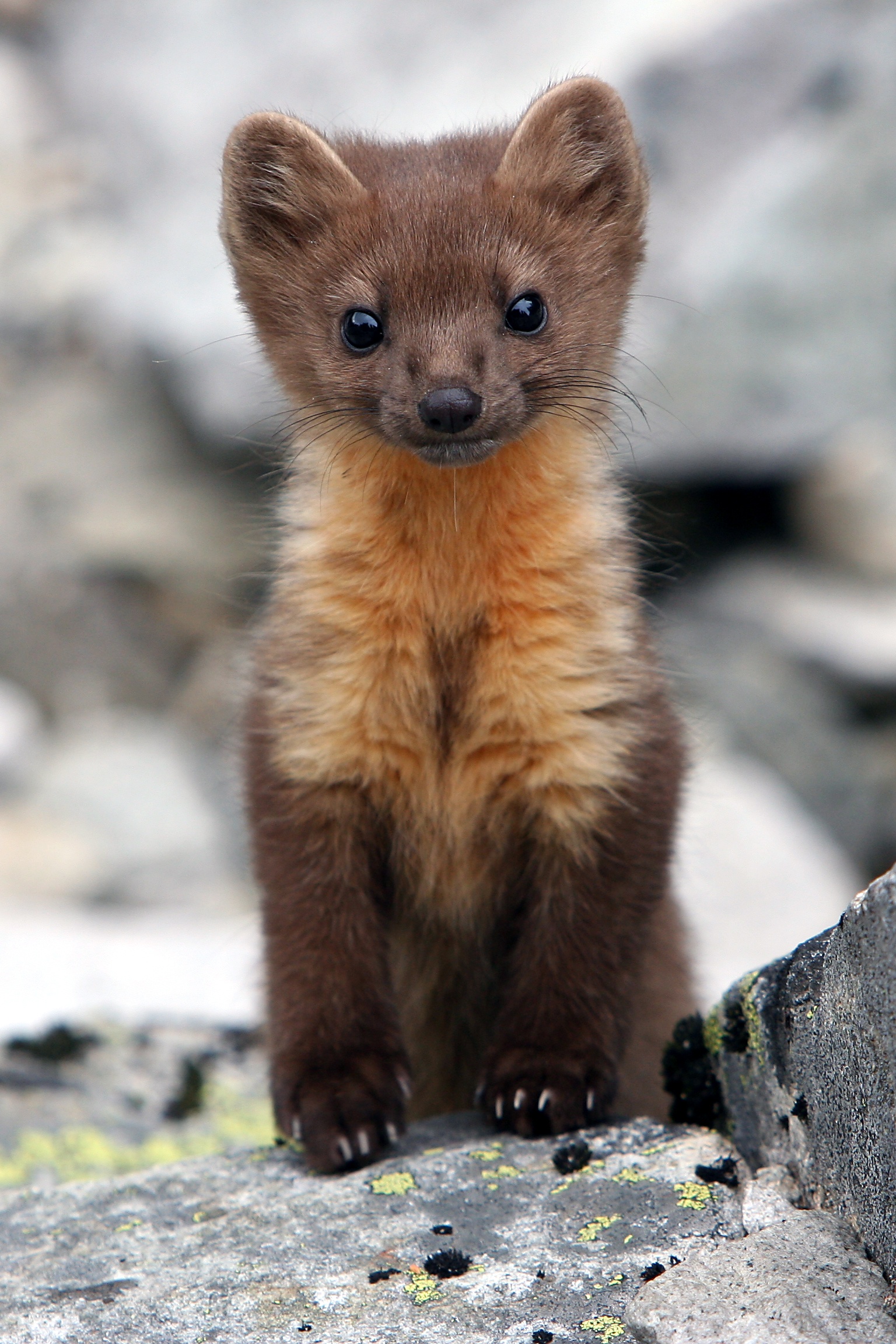 Martens, despite their villainous antics, are absolutely precious. They look like a mix between a cat and an otter. I just want to pick one up and snuggle! Their furry rodent faces house curious eyes (that will peer into the depths of your soul if given the chance) and a mouthful of sharp teeth. Their thick, shiny fur pelts keep them warm during winter months — and keep them looking fly all year round. In fact, martens were largely valued in the days of the fur trade for their enviable coats. These tiny henchmen weigh in at an average of 2 to 5 pounds, and are about 1 to 2 feet long, including a bushy squirrel-like tail. (Seriously it’s an awesome tail. If Beyoncé had a tail, it would probably closely resemble the marten’s.) They have large, fur-covered feet that allow them to move easily through ground brush and snowy landscapes. Sharp, semi-retractable claws assist them in climbing trees to hunt for their prey. Okay, "hunt" is a strong word, maybe; they eat a lot of trash. In the wild, the beech marten's diet consists mainly of rodents, birds, insects, and fruits. They prefer thievery when possible, but will basically eat anything that is available, depending on the season.

'hunt' is a strong word, maybe; they eat a lot of trash

This creature’s natural habitat is in forested or mountainous regions, but they have no problem residing in more urban developments. Beech martens don’t nest or steal the homes of other (more innocent) woodland creatures, instead choosing to move into preexisting establishments like attics, garages, and rock gardens — showcasing their opulent standards. You can usually tell if they’re lurking around your home, however, because your car’s brake lines will be gnawed through, and you will therefore be left without a means to travel to work that day, resulting in your immediate termination and ultimate eviction from your house. See how vile they are?! Like most wily criminals, martens are mainly active at night — likely because this is when it’s easiest to graffiti neighborhood buildings without getting caught. Martens tend to be solitary creatures, spending a great deal of their adult lives on their own. (But that doesn’t mean I believe for one second that they aren’t holding clandestine meetings, plotting their next scheme.)

The video above depicts yet another example of the marten’s weisenheimer ways. Here, the frisky fellow interrupts a live soccer match by dashing across the pitch, sending the players and officials into a frenzy. (Let’s be honest here for a second: the marten’s show-stealing romp was probably 50 times more interesting than the soccer game was ever going to be, but I digress.) (Editor’s Note: I strenuously disagree with this characterization of soccer!) You can tell that this marten is thinking, "Just try and catch me, you fools! I am going to keep flouncing about, ruining this entire game, because I’m really evil!" But isn’t he cute?! But devilish. So so devilish.

All I know is that I’m so thankful to the brave marten soul (RIP) that caused one of the world's most mighty machines to have a power outage, because the marten was introduced into my life. Seeing as their curious dispositions make them the most likely culprit for any / all of nature’s shenanigans, I expect to see great things from these furry fiends in the future. But beware: the next time you step outside and your trashcans are knocked over or your great aunt’s vintage pendant is missing from your jewelry box, keep your eyes peeled for a marten on the loose.