Verizon has decided that the Galaxy S7 doesn't have enough unwanted apps on it, so it installed another unwanted app that'll let it install even more unwanted apps in the future. A number of people are reporting on Reddit that a recent update for the Galaxy S7 and S7 Edge installs an app called DT Ignite. Ignite is described as a "preload platform for mobile operators to seamlessly manage applications installed at first boot and over the life of the device" — or, in simpler terms, a tool that lets Verizon install new apps on a phone, even when it's in the customer's hands.

Ignite has been around for a couple years

Ignite has been in use on other phones for a couple of years. In 2014, both Verizon and T-Mobile were criticized for using it, though concern seems to have died down immediately thereafter. But use of the app didn't go away. As it turns out, most — if not all — Android phones sold by Verizon make use of Ignite. It's what Verizon has been using to preinstall removable apps like Candy Crush for a couple years; it just installs Ignite, and then tells Ignite what to download afterward. It seems to be more of an anomaly that Ignite wasn't on the Galaxy S7 in the first place.

That means Verizon's implementation of Ignite isn't quite as annoying as it sounds. Even though Ignite's creator, Digital Turbine, suggests that its app can be used to install apps on demand and send notifications when they're available, Verizon apparently isn't using it this way. Instead, Verizon only uses Ignite to install apps on the phone when it's being freshly set up, be it the first time it's turned on or from a factory reset. So Galaxy S7 owners aren't going to find new apps popping up on their phone, unless they've decided to fully reset it. This is how Verizon said it was using Ignite back in 2014, and Verizon now tells The Verge that this is still the case.

"Customers who already have an S7 will not find new or random apps installed or pushed to their phone after the software update," Verizon says in a statement provided to The Verge. "The Digital Turbine (DT Ignite) software is only active during the initial set-up of a brand new device or if a device goes through a factory reset. Following the initial set up, the software will not push or install new apps at any time in the background. Any app installed through DT Ignite is completely removable and can be uninstalled." 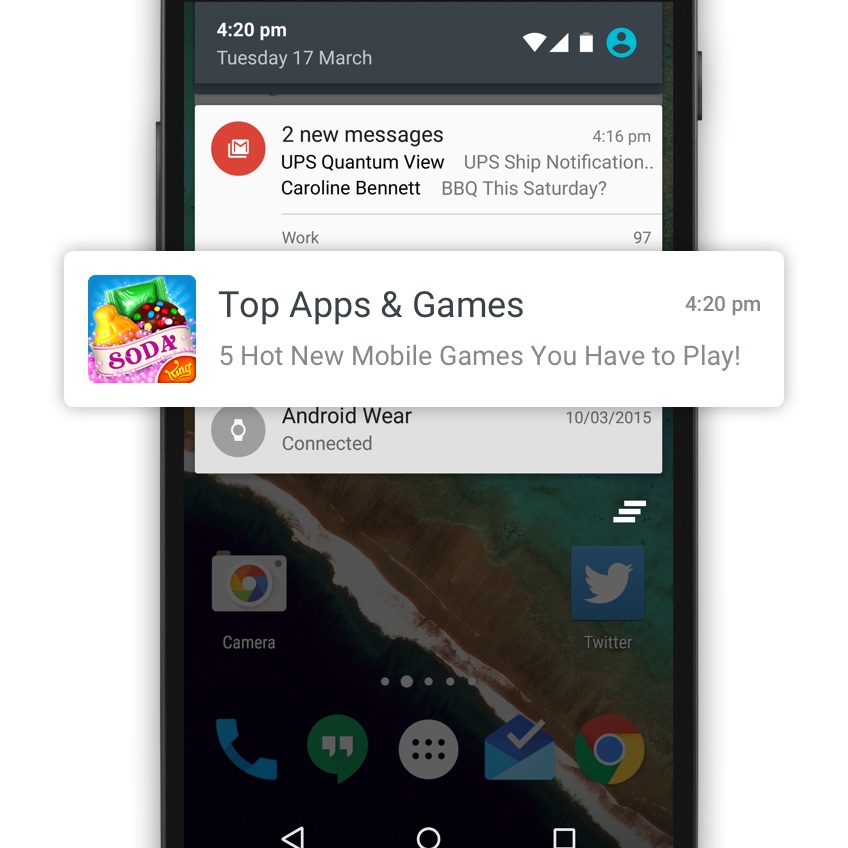 Exactly what you're looking for at 4:20PM. Image credit: Digital Turbine.

There's one other reason to take issue with Ignite: when it downloads apps, that data doesn't count against your data plan. Now that's fair given that you really didn't want to download these apps in the first place, but it's also concerning for the same reason that free data — called zero-rating — is always concerning. It gives a huge advantage to the companies that can pay for it, and that's particularly true with Ignite, which lets those companies pay to have their apps abruptly installed on a device and then notify users of their installation. That said, this seems to be less of an issue with Verizon's implementation, where the apps essentially act like they're preinstalled.

The good news is that apps installed by Ignite can be uninstalled, unlike some carrier bloatware. And Ignite itself can be disabled, too, by locating it in the app list inside of Android's settings. Still, it's a frustrating move by Verizon that's little more than a brazen attempt to keep making money on a device that is already sold you. Given that our biggest complaint with the Galaxy S7 is its ridiculous number of carrier-installed apps, the addition of Ignite certainly isn't doing the phone any favors.

Update May 9th, 2:45PM ET: This story has been updated with comment from Verizon, as well as additional detail on DT Ignite.