An unreasonable price for a reasonable smartphone

Sony’s smartphone business is in dire need of a reboot — something to jumpstart the company’s mobile ambitions after years of being ignored by US carriers. Competitors like Samsung and Huawei are producing the very best devices they’ve ever made while Sony has been dealing with having its phone outright cancelled. The refrain is getting tired, and success still eludes, which brings us to the Xperia X. This is Sony’s latest try at that resurgence, this time marked by the company taking its US ventures a little more seriously, launching both here and in Europe simultaneously.

There are glimmers of promise, just as always. The Xperia X packages together a nice design, decent enough camera, beautiful 5-inch screen, and a clean Android experience. And yet the entire thing gets derailed by middling performance that makes the $550 price feel ludicrous and a lack of any one legitimate “wow” factor. For Samsung, it’s build quality and camera. For HTC, it’s craftsmanship. For Huawei, it’s exceeding price expectations. But Sony? This company can’t seem to make a smartphone that breaks through. And the Xperia X loses out on Sony hallmarks like water resistance; in the United States, it even bizarrely omits a fingerprint scanner, which has fast become the convenient-if-not-very-secure method of unlocking our phones. 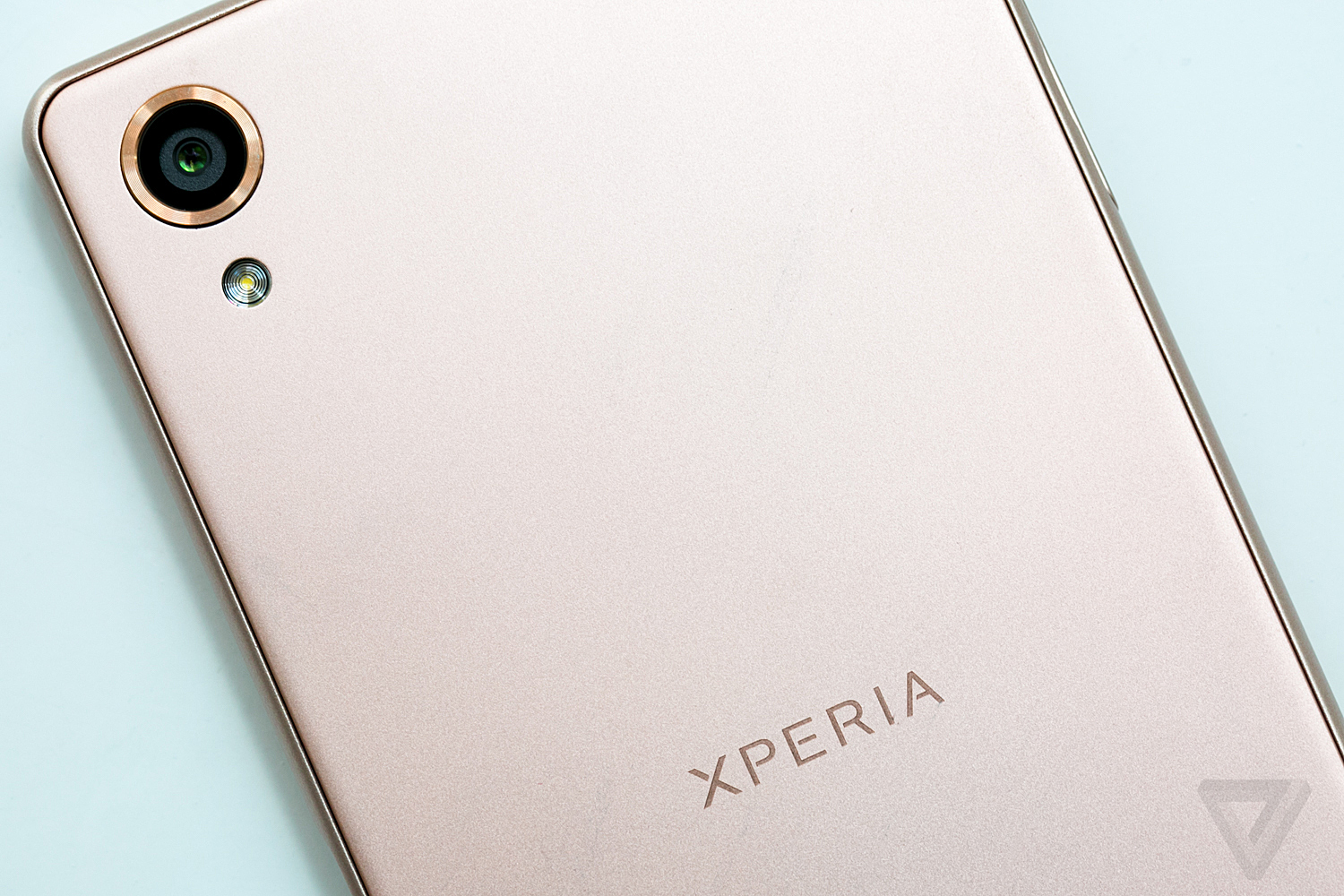 The Xperia X does look like a Sony phone at all angles, at least. The display glass curves some at the edges, with dual front-facing speakers at the top and bottom. Flip everything around and you’re met with a big ‘ol metal rectangle with the Xperia logo, the 23-megapixel camera plus flash, and absolutely nothing else. It’s a departure from the glass-metal-glass sandwich that Sony’s flagships have long held to, and as a result doesn’t exude quite the same premium feel. But to give Sony credit where it's due, this also means the X is far less breakable from everyday drops. Sony can avoid unsightly antenna lines — often a compromise of metal phones — since the sides are actually polycarbonate, not aluminum. 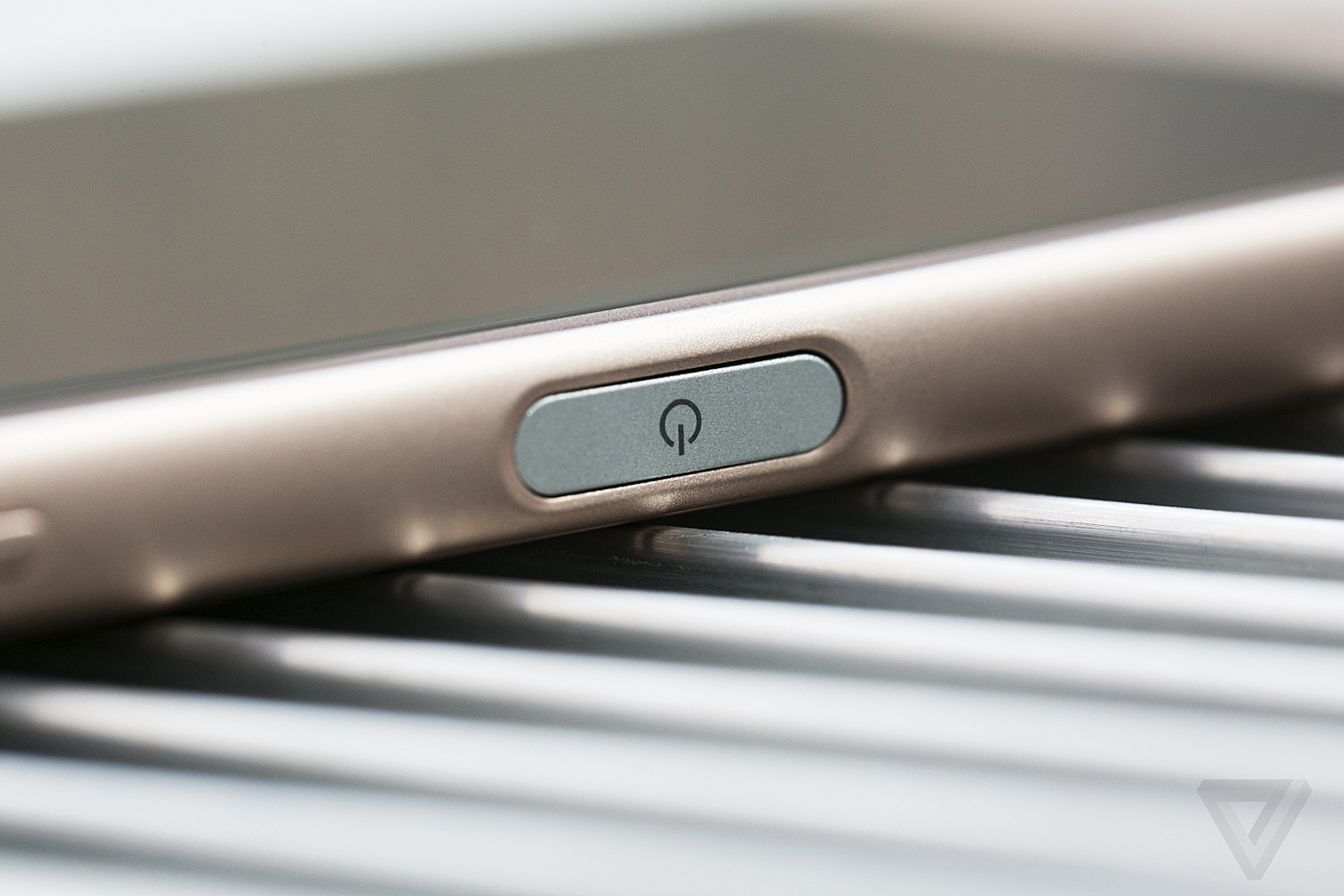 The plastic blends in just fine with the X’s overall design and feels silky in hand, but my review unit picked up a small nick within a week of testing, so it may be a little too soft. On the right side is an indented power button (housing the fingerprint sensor on the European edition of the X), volume rocker, and a dedicated camera shutter, with a combined SIM / microSD tray over on the left. The Xperia X sticks with Micro USB and includes 32GB of built-in storage with optional microSD expansion up to 200GB. As for what’s inside, you get a middle-of-the-line Snapdragon 650 processor and 3GB of RAM.

The removal of the fingerprint scanner in the US Xperia X is a truly baffling decision since fingerprint-based security is becoming way more common across apps — especially on Android 6.0 Marshmallow, which is what’s included here. This device is being sold unlocked (and for $550), so why should there be any differences between an Xperia X purchased in Europe and another in the US? You’ll absolutely miss it every time you have to thumb in a PIN code. I did. The lack of water resistance also necessitates that you be more cautious about exactly where and when you use the Xperia X. Its pricier and more powerful sibling, the Xperia X Performance, will offer both of these things when it launches in July for $699, but the mainstream consumer-focused handset doesn’t.

Leaving out waterproofing is one thing, but no fingerprint sensor really hurts

The best aspect of the Xperia X hardware is undoubtedly the display. It’s only Full HD, sure, but since the screen is only 5 inches, that still makes for excellent sharpness. It’s bright, lush with color (highlighted by Sony’s beautiful wallpapers), and has great viewing angles. Sony likes tossing out nonsense terminology like "Triluminous Display" and "X-Reality," but the end result here is one of the better LCDs you’ll find. It’s just a shame that this same quality doesn’t extend to the phone’s camera. 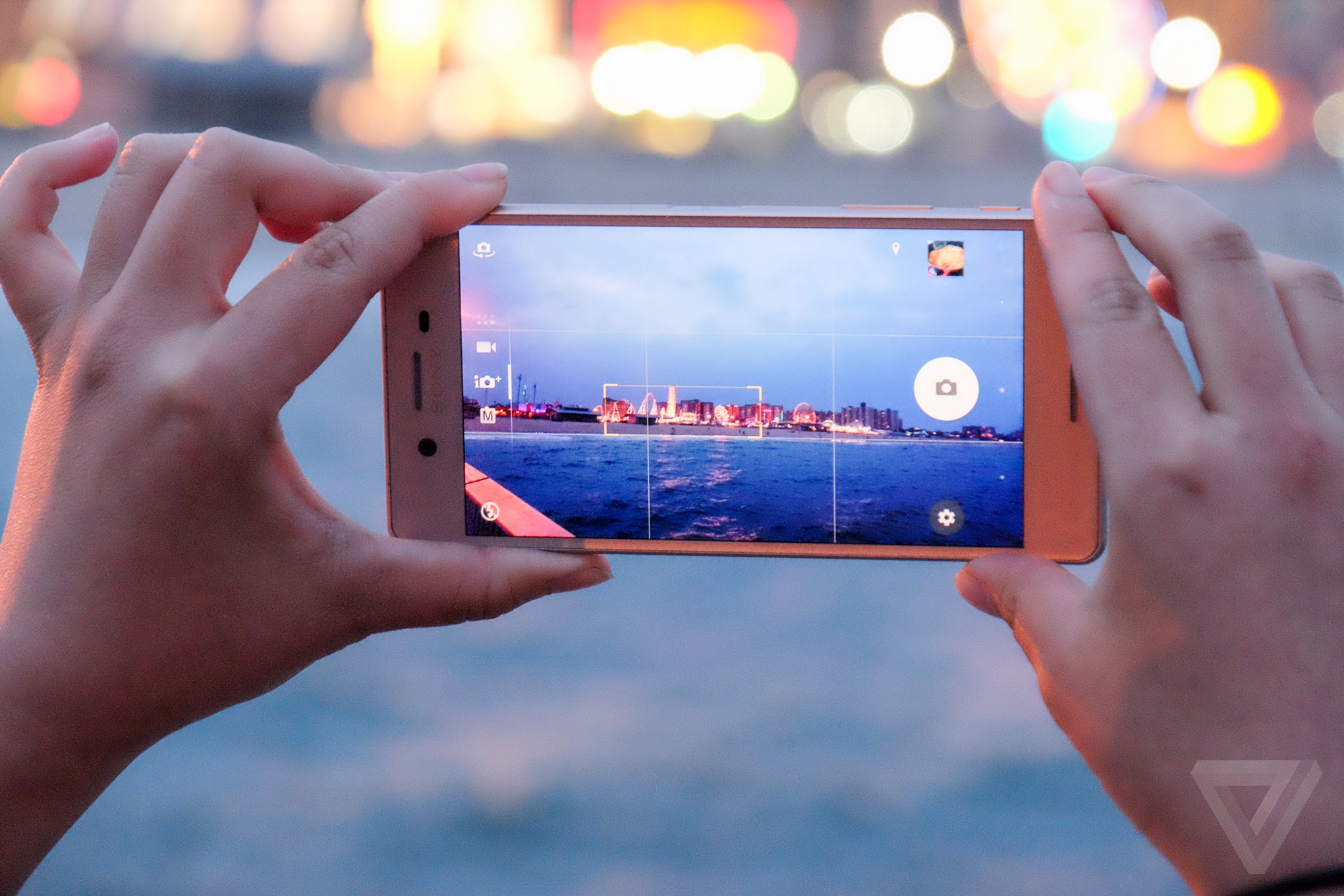 Inside the Xperia X is a 23-megapixel f/2.0 camera using Sony’s Exmor RS sensor. According to Sony, this year’s standout feature is Predictive Hybrid Autofocus. The claim is that just like one of Sony’s excellent mirrorless cameras, the X lets you tap on an object to lock in focus, and your camera will track it, anticipating the subject’s path so that every shot you capture is in focus and blur-free. That’s a big ask, and Sony’s execution doesn’t live up to it. The tracking comes nowhere close to a full-blown Sony camera like the A6300, but even compared to other phones, the Xperia doesn’t stand out as particularly impressive. As for picture quality, it’s fairly strong in good to decent light situations. 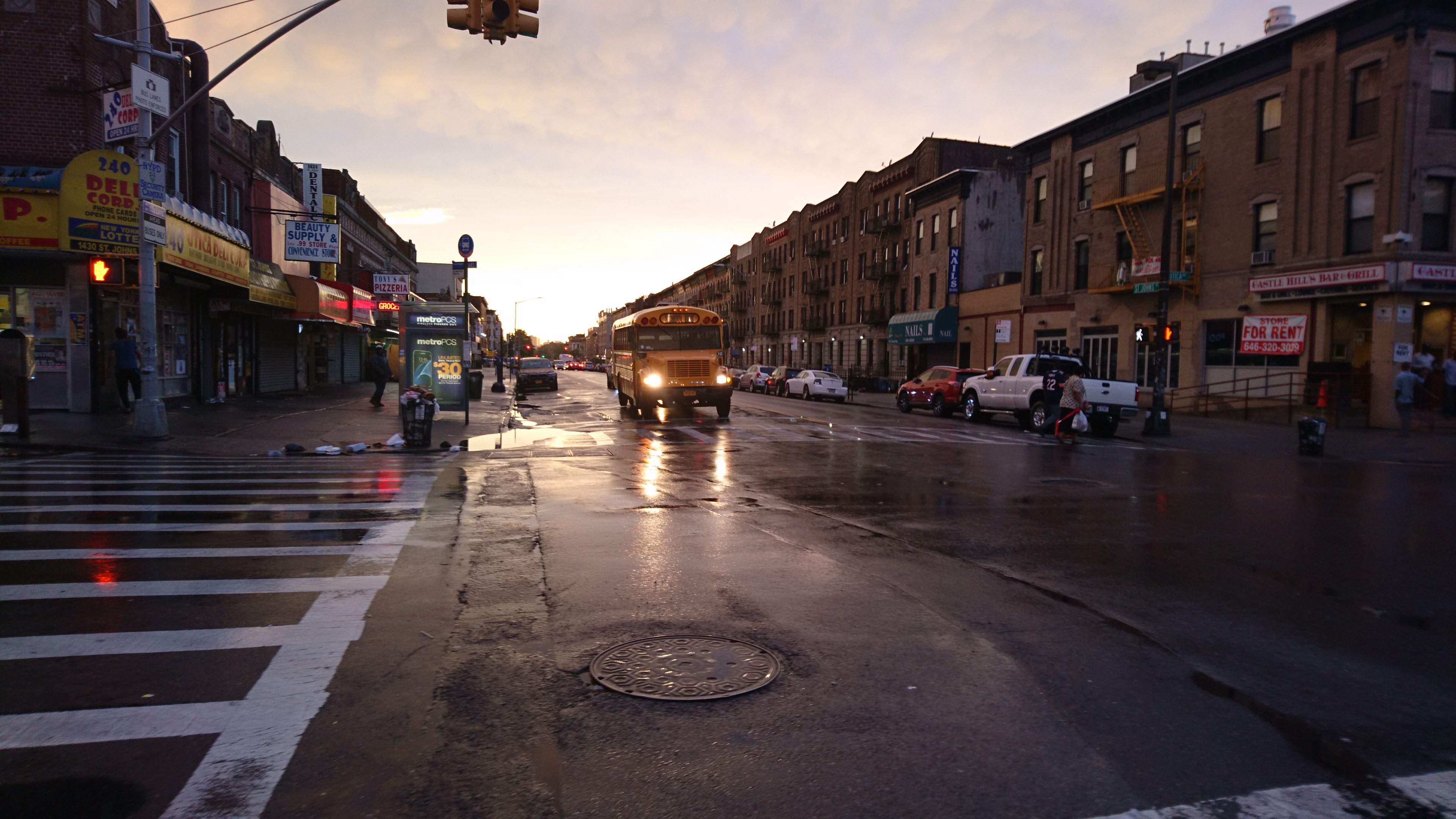 Sony’s intelligent auto mode is pretty great, and you can more often than not trust it to apply the right settings without having to dig into the camera’s manual settings. In darker scenes, the lack of optical image stabilization hurts results. If your hands aren’t particularly steady, you’ll get blurry shots. Video recording is limited to 1080p, though Sony’s SteadyShot digital stabilization does a decent job of smoothing things out. The front-facing 13-megapixel camera is adequate, which is all you really want from the selfie shooter. Overall, the Xperia X’s camera setup will do what you need it to in many situations, but it’s not any real reason to consider this phone over another — especially when you can get a Nexus 6P and its tremendous camera performance for a lower starting price. 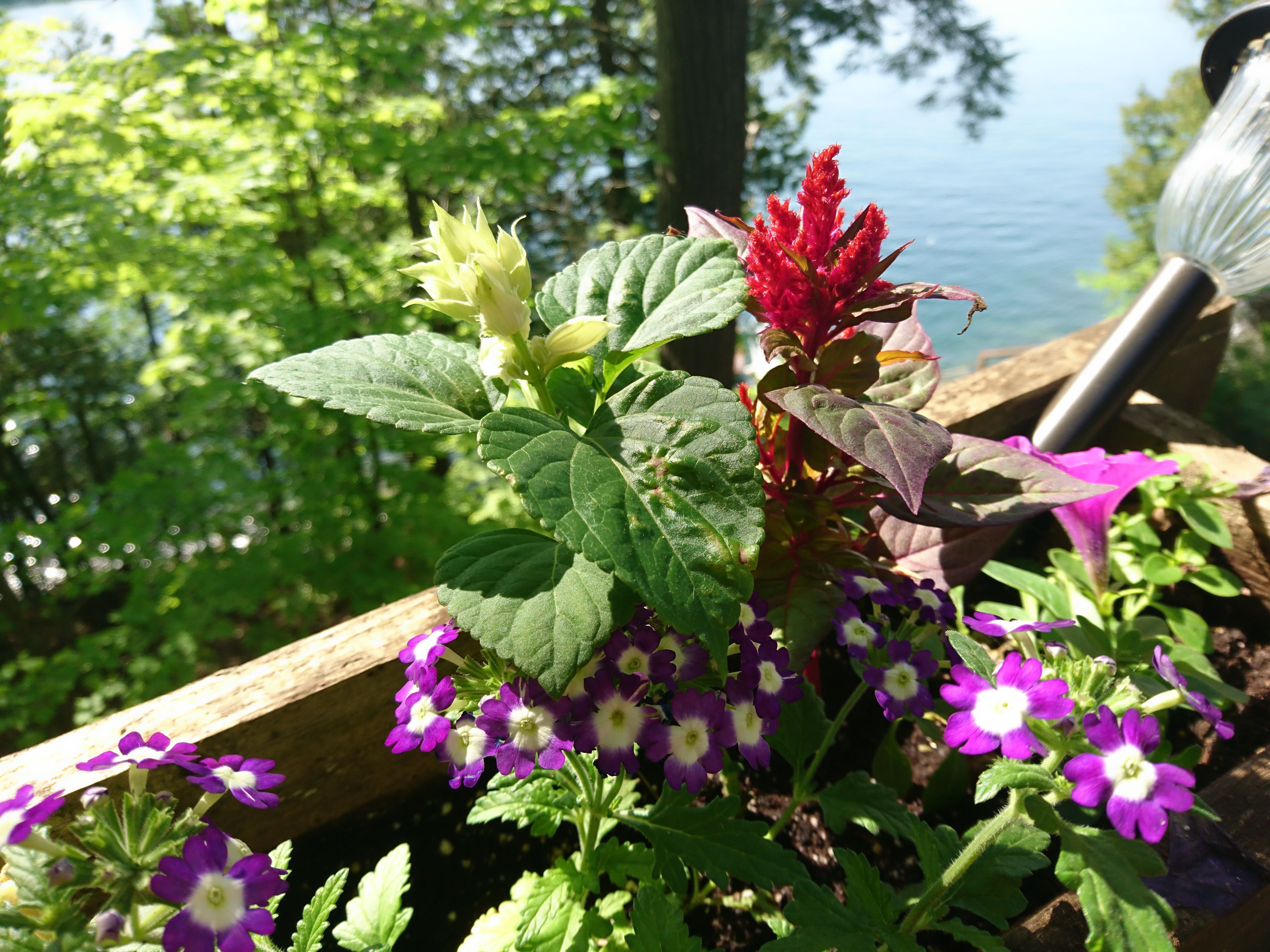 Sony does deserve kudos for walking back its Android customizations in a big way. The version of Marshmallow that ships on the X is very close to stock and identical in key places like quick settings and notifications. 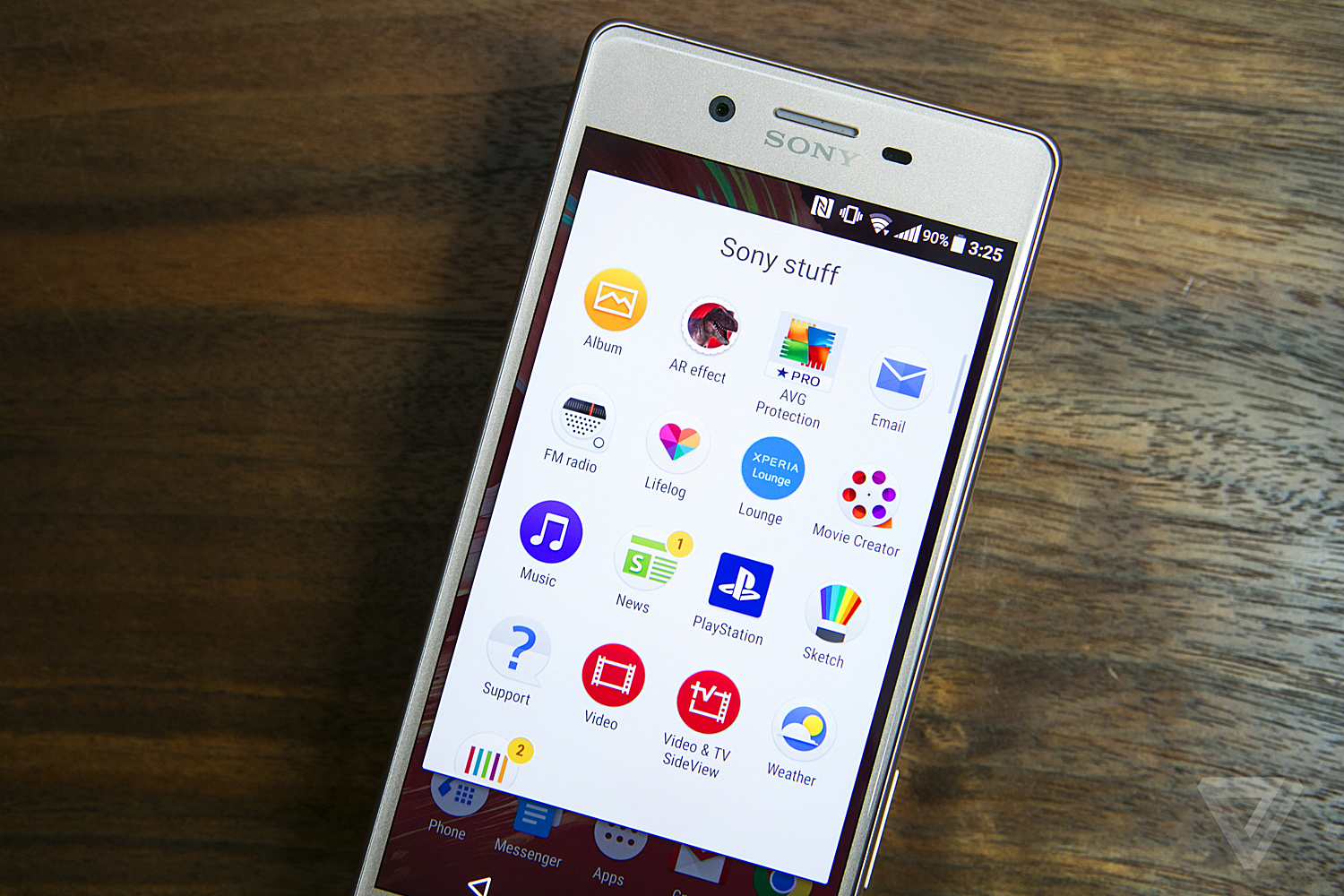 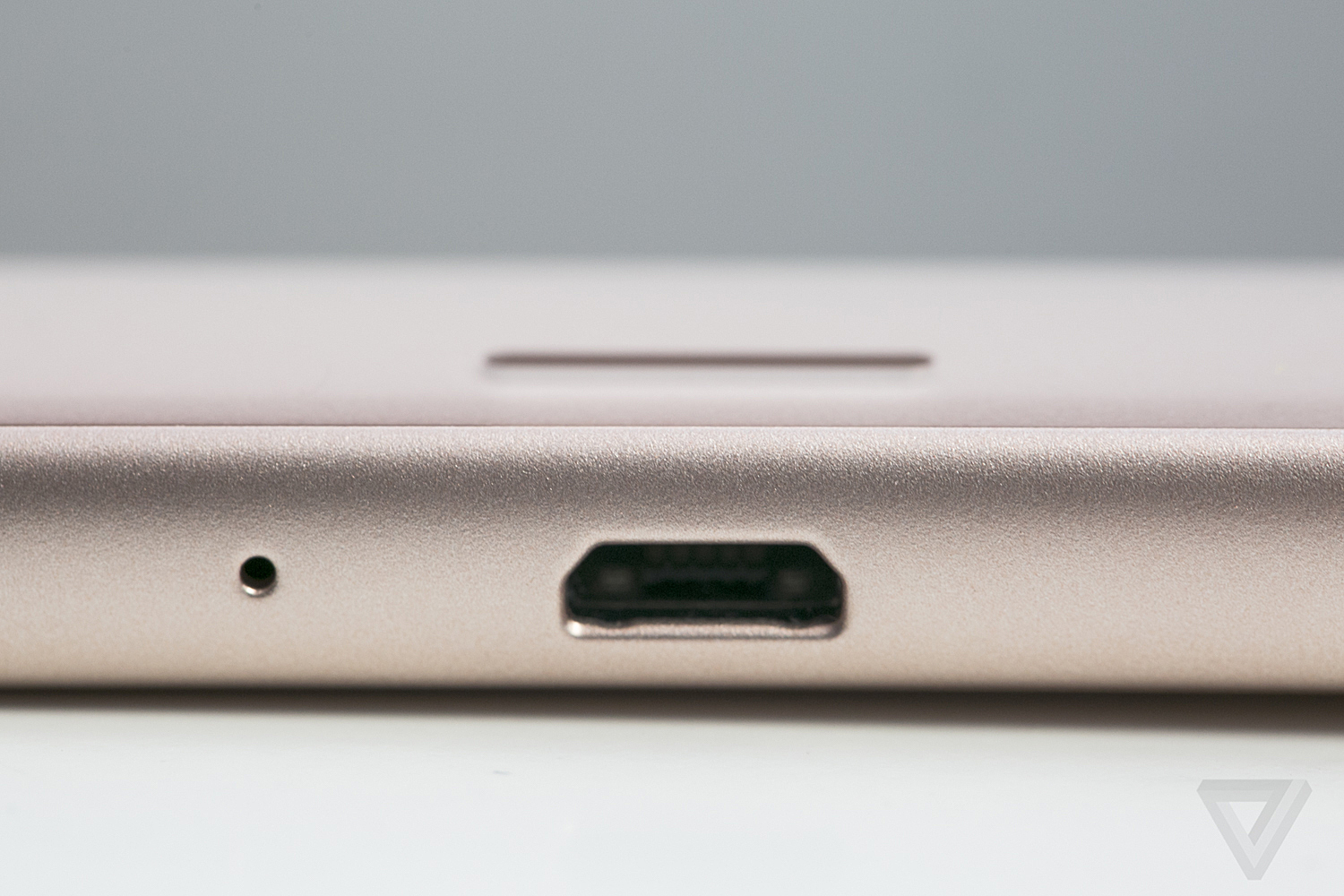 Sony’s got a number of apps (email, music, video, etc.) that mirror Google’s better and more popular options — and this Xperia comes with nonsense like AVG Protection preinstalled.

Thankfully all of it can be disabled, and as a whole, the software experience that you get is fluid and responsive. The Snapdragon 650 chipset isn’t a barnburner, and you’ll notice lag and stutters when playing the latest games. The camera app can also be frustratingly slow at times, despite Sony’s claims of how quickly it can fire off a shot. The Xperia X Performance and its Snapdragon 820 will probably resolve these qualms, but the camera annoyances need to be fixed here, also. Most other essentials work fine, and I don’t think Sony’s decision to go with 3GB of RAM versus 4GB has any real direct consequence.

Battery life is also a strength. The 2,620mAh battery does an admirable job of pushing through a full day of heavy usage, though Sony’s estimate of "up to two days" of longevity is a fairy tale. Maybe if you’re only casually using the phone, it’ll last one day and through most of the next. But most people will be plugging it in at bedtime. Sony claims the Xperia X’s quick charging can get you up to 5.5 hours of power "in 10 minutes," so you can top off quickly during the day if you forgot to charge it up the previous night. 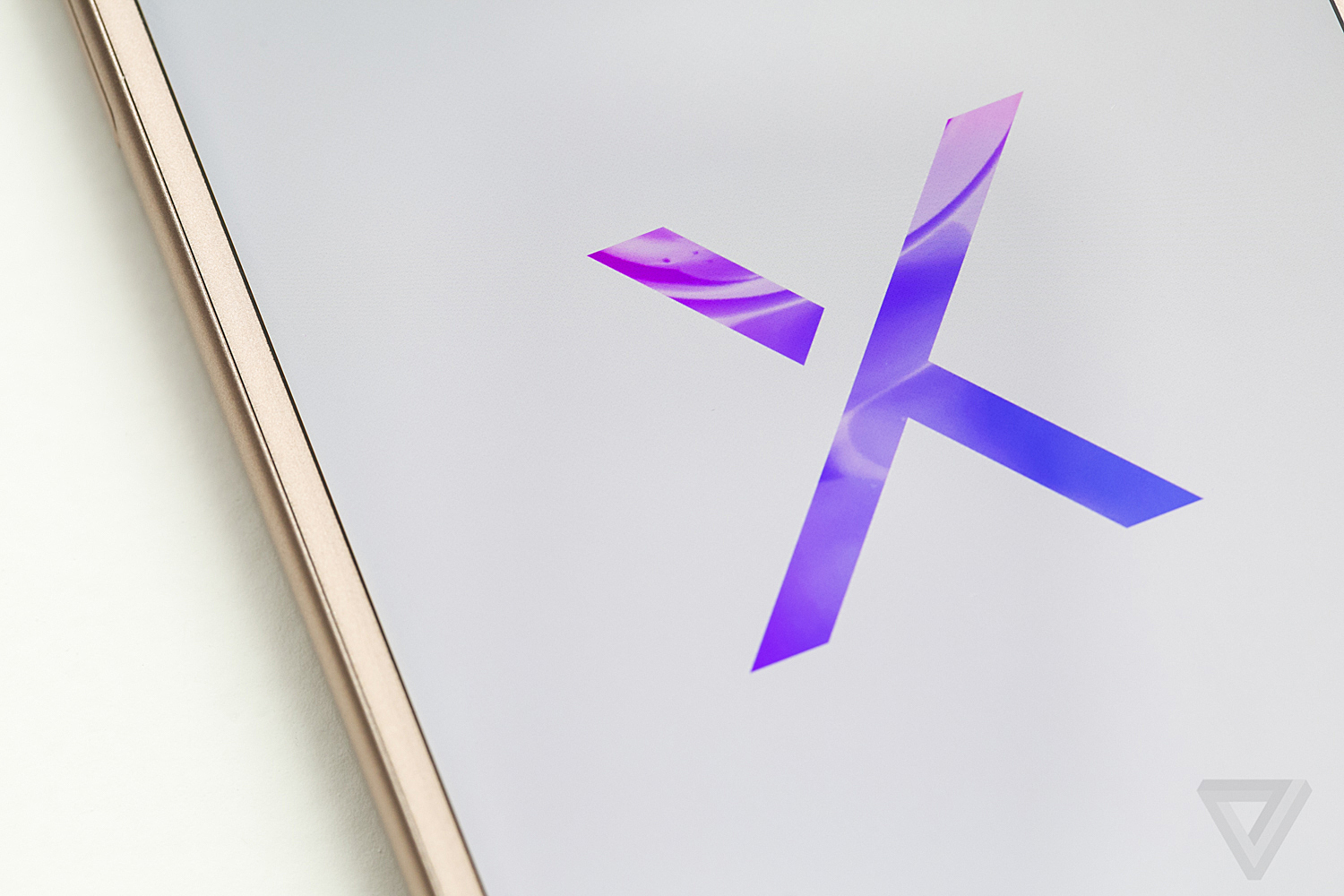 Sony’s Xperia X isn’t a bad smartphone. Its design might be getting stale at this juncture, but it’s still a pleasant one that’s comfortable to hold. The display is wonderful, the cameras can get the job done, and the software experience is excellent. Still, all of this adds up to an average smartphone in mid-2016. That’s how good phones are becoming. And this one is saddled with an inexplicable price point. When you step back and look at everything OnePlus has been doing, or the Nexus 6P, or Huawei’s P9, or an LG G5 (which barely costs more than this thing), and even Apple’s iPhone SE on the iOS side, Sony’s asking price makes absolutely no sense.

For $350 or $400? Sure, it’d be easier to feel good about recommending. But you shouldn’t pay $550 for an okay processor. You shouldn’t pay $550 for a phone that lacks a fingerprint sensor. And you shouldn’t pay $550 for a device that does little to improve the ailing fortunes of Sony’s limping mobile division. I’m not sure how stuffing a faster processor into the more expensive Xperia X Performance a couple months from now will sell me on the idea any better. In a smartphone market that’s become so roundly impressive, Sony’s slow crawl and iterative habits are painfully clear now more than ever. It’s time for the company to do some reinventing.

Photography by Amelia Krales, except for the bokeh-heavy camera shot by Chris Welch.