Most americans, understand what's so blatantly, disgustingly racist about Donal Trump, by at least a factor of 5 to 1, or 80%. Only 39% of republicans think this. The divide is real, disgusting, and ugly.

It's to the point now, where if you don't understand these basic facts about Donald trump, widely reported on by multiple news agencies in every country in the world; who is a Presidential candidate, you're doing a disservice to the entire country, being ignorant in this election, I would call you a a traitor. (not to mention a detriment to society)

What i want to know is, why are people so willfully ignorant. Why don't you go to fact checkers? How do you not feel you aren't doing your brethren a dis service? Do you think the world has a conspiracy theory against trump? How do you justify your support? 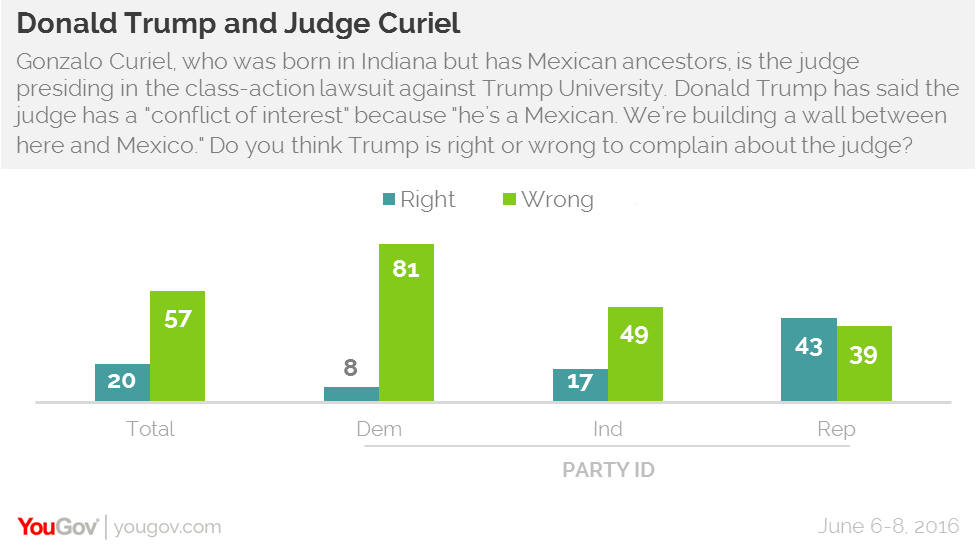