Can you still make an indie VR headset?

Can you still make an indie VR headset?

Immerex is a VR iPod in a smartphone world

In 2016, how can an indie virtual reality headset stand out from the Rifts, Vives, Gear VRs, and other big names? That’s the question that VR startup Immerex has to answer about its VRG-9020 headset, which was announced today at E3. Immerex bills itself as a cheaper, sleeker, and higher-quality option for "cinematic" virtual reality. But in a market that’s already small, I’m not sure who’s supposed to buy it.

Here’s what the current VR landscape looks like. At the very high end, you’ve got specialty headsets for arcades and theme parks: Starbreeze’s StarVR or the Void’s custom Rapture headset. Below that, the high-end Oculus Rift and HTC Vive appeal to businesses, artists, and PC gamers. Filmmakers, who have made the most inroads into the mainstream, flock to cheaper phone-powered headsets like Google Cardboard or Gear VR. Small-scale hardware makers largely stick to Cardboard-compatible cases, though they may start building for Google’s Daydream platform later this year.

It’s a shiny custom visor and a Discman-like computer

Immerex is something totally different. It’s a visor with a custom screen that fits on your face like glasses, tethered to a small computer that theoretically clips to your belt. The closest comparison is probably the LG 360, except that Immerex promises to pay a lot of attention to the content side of things — CEO Adam Li referenced partners who could work on games or video. The compact computer wasn’t ready when I visited, but the glasses produce a surprisingly high-quality image, playing crisp video and blocking out a decent amount of light for a relatively small device. 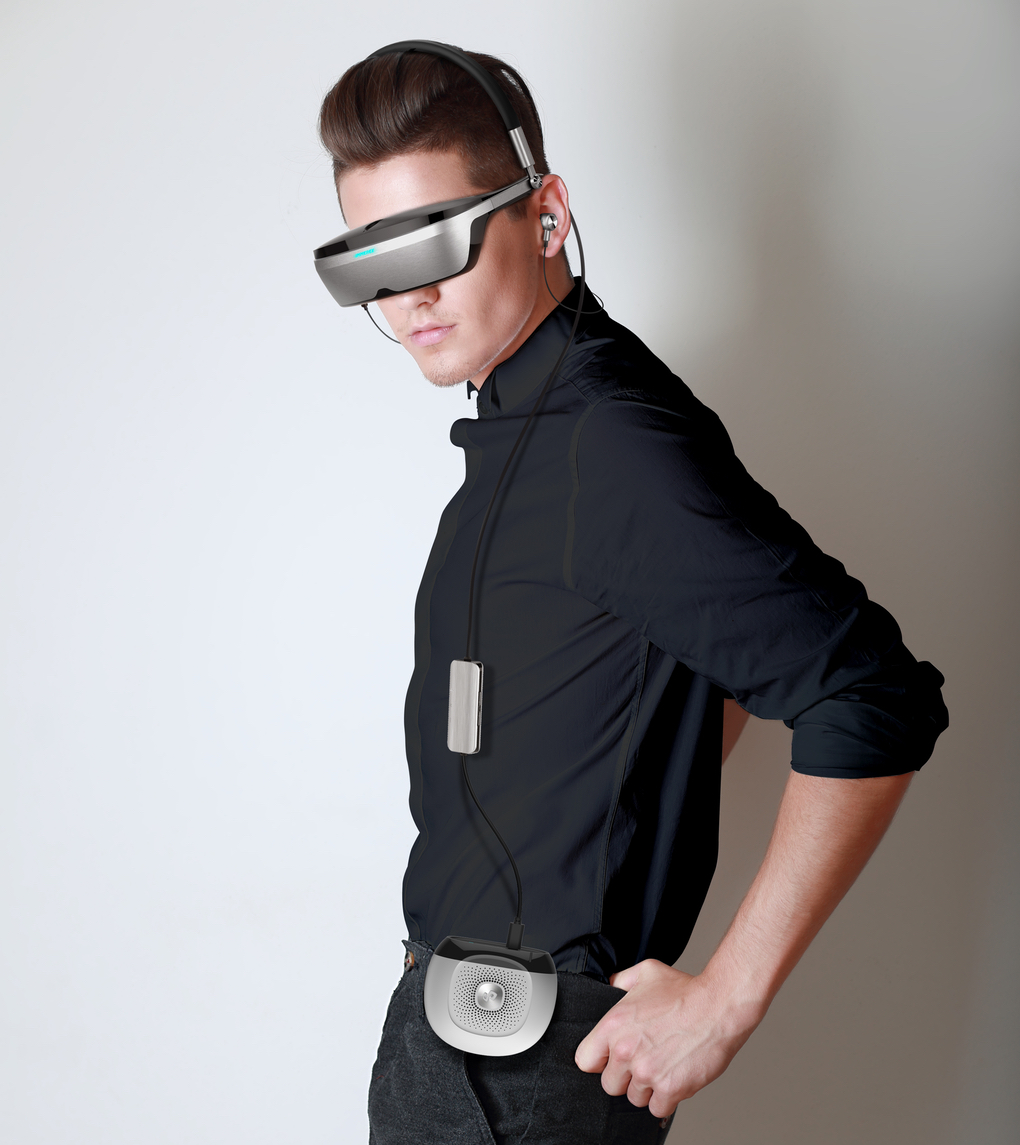 But these benefits come with a number of downsides. For one thing, the headset doesn’t currently let you access YouTube, Vrse, or any other major source of 360-degree video besides your own files or whatever Immerex can offer directly. It supports games, but it isn’t Cardboard-compliant, cutting the potential catalog drastically. Using a glasses frame instead of a head strap means the device slides off easily — Immerex suggests using a small band that goes over the top of your head, but it wasn't available for me to try. It’s not clear how powerful the portable computer will be, but at the projected size, it will probably be more comparable to a mobile phone than a full PC.

Immerex wants to be VR for cinephiles

At least in the US market, it's not at all clear where Immerex fits. When I asked why someone would buy it instead of a mobile headset, CEO Adam Li said it was for anyone who wanted a really high-quality video experience — he compared Cardboard or the Gear VR to a portable movie player, while Immerex would be like going to a movie theater. But the gap in image quality isn’t nearly as wide, and without support for major video apps, users won’t be able to access many popular and critically lauded experiences. The headset will be priced "competitively," but that's compared to the cost of a tethered headset and a computer, which could mean anything up to $1,500. And even if its computer is compact, it’s still less convenient than letting people use their phones.

Immerex's headset could only credibly go up against products like the Avegant Glyph, which isn't billed as VR at all. They’re both successors to the personal theater devices that predated modern virtual reality, and even then, the Glyph has selling points Immerex doesn’t, like its endearingly bizarre design and the fact that it works with phones. 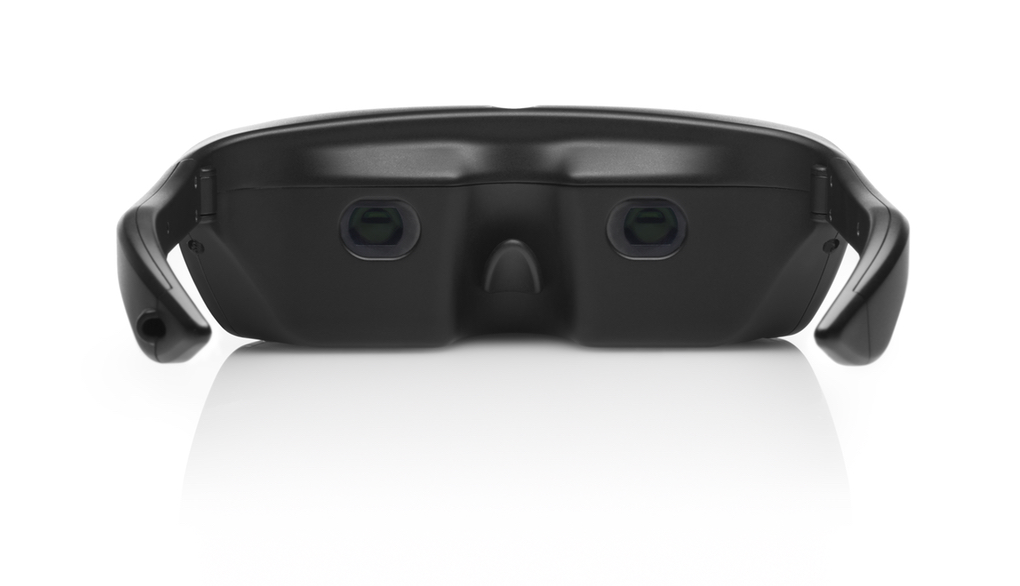 The thing that could save Immerex, like many indie headsets, is China. Its VR market remains much more open, and COO Jun Han suggested that the company could offer the headset to rent in places like internet cafes first, a strategy that HTC is also trying for the Vive.

Totally self-contained electronics have a certain charm, and I want to like the Immerex, despite its glaring flaws. It’s how people in the Walkman, Discman, or iPod era might have imagined a portable VR device, for a world where we didn’t already carry ubiquitous all-purpose computing devices everywhere. In a best-case scenario, it's the Pono — Neil Young’s attempt at a dedicated media player for audiophiles. Except that the Pono was working in a category that had once been wildly popular, while VR headsets are still a speculative bet at best. There’s a world where Immerex is exactly what people need to experience VR in a comfortable, accessible way. I’m not sure it’s this one.

Immerex will be on the show floor at E3; its release date is not set.

More from this stream E3 2016: the latest news from the biggest gaming event of the year