If you use Google today, you will probably notice that its doodle is dedicated to Karl Landsteiner, an immunologist and pathologist who was born in Vienna on June 14th, 1868 and would have turned 148 today. Even if you’ve never heard of Landsteiner, his discoveries have affected your medical records since you were born.

In 1901, Landsteiner classified human blood into different groups and created the ABO blood group system that we still use today. His discovery, which won him the Nobel Prize in Physiology or Medicine in 1930, made blood transfusion a life-saving medical practice. 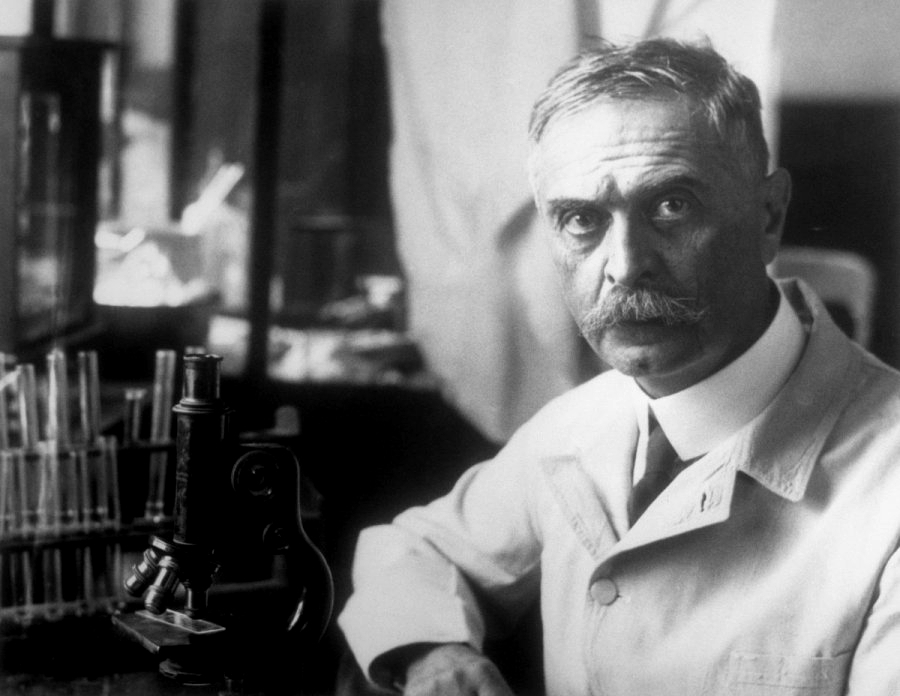 Karl Landsteiner in his laboratory in the pathological institute of the University of Vienna.

In the 1800s, doctors knew that transfusing blood between individuals could cause red blood cells to clump — a phenomenon called agglutination. But they didn’t know why. Landsteiner discovered that agglutination is a response of the immune system.

He found that different blood types have different antigens, substances that stimulate an immune response. Based on the antigens, Landsteiner classified the blood groups as type A, type B, and type O. (Type AB was identified in 1902 by two of Landsteiner’s colleagues.) If a person with type A blood is given type B blood, for example, the person’s immune system will recognize the new blood cells as foreign and reject them. This immune system reaction can be fatal.

His discovery and classification helped make blood transfusion safe. In 1922, Landsteiner moved to The Rockefeller Institute for Medical Research in New York, where he continued his work on blood groups until his death in 1943.