Each year since 1997, the Goodwood Festival of Speed has been graced by a Central Feature, a grand sculpture celebrating a particular marque and its latest anniversary or celebration. In 2016, the honored carmaker is BMW, which is marking 100 years in business by taking a trio of spectacular concept cars on a world tour. For Goodwood, BMW has brought some of its finest classics to show off, and three of them have been attached at the ends of the three enormous steel curves forming the structure of this striking creation.

The BMW 328 Mille Miglia Roadster is the car perched precariously close to the roof of Goodwood House. It's the only one in the set that's actually upright, with the other two attached upside down for greater dramatic effect. I saw one of these 328s on the ground today and fell in love with it before I even knew it was part of the show's centerpiece sculpture. It's a truly gorgeous piece of machinery from the early 20th century, and I'll have closeup pictures of it to share later today. As to the others, the Dell-branded speed demon is a BMW V12 LMR, winner of Le Mans in 1999, and the Formula 1 car is the 1983 Brabham-BMW BT52, designed by Gordon Murray. It's hard to imagine a better trifecta of cars to represent BMW's engineering heritage and this year's Goodwood theme of "the endless pursuit of power."

Gerry Judah, the same British designer that's devised all the prior Central Feature installations at Goodwood, collaborated with BMW on the design of this centenary-celebrating structure. "Every year I like to think of something that is very different to anything we've done before," says Judah. "Indeed, the hardest thing about designing these sculptures is trying to avoid any similarity, any conceptual connection, with anything I've done before." To assess how well he's done at his self-assigned task of breaking with his prior art, you can check out more of Judah's installations on his website. 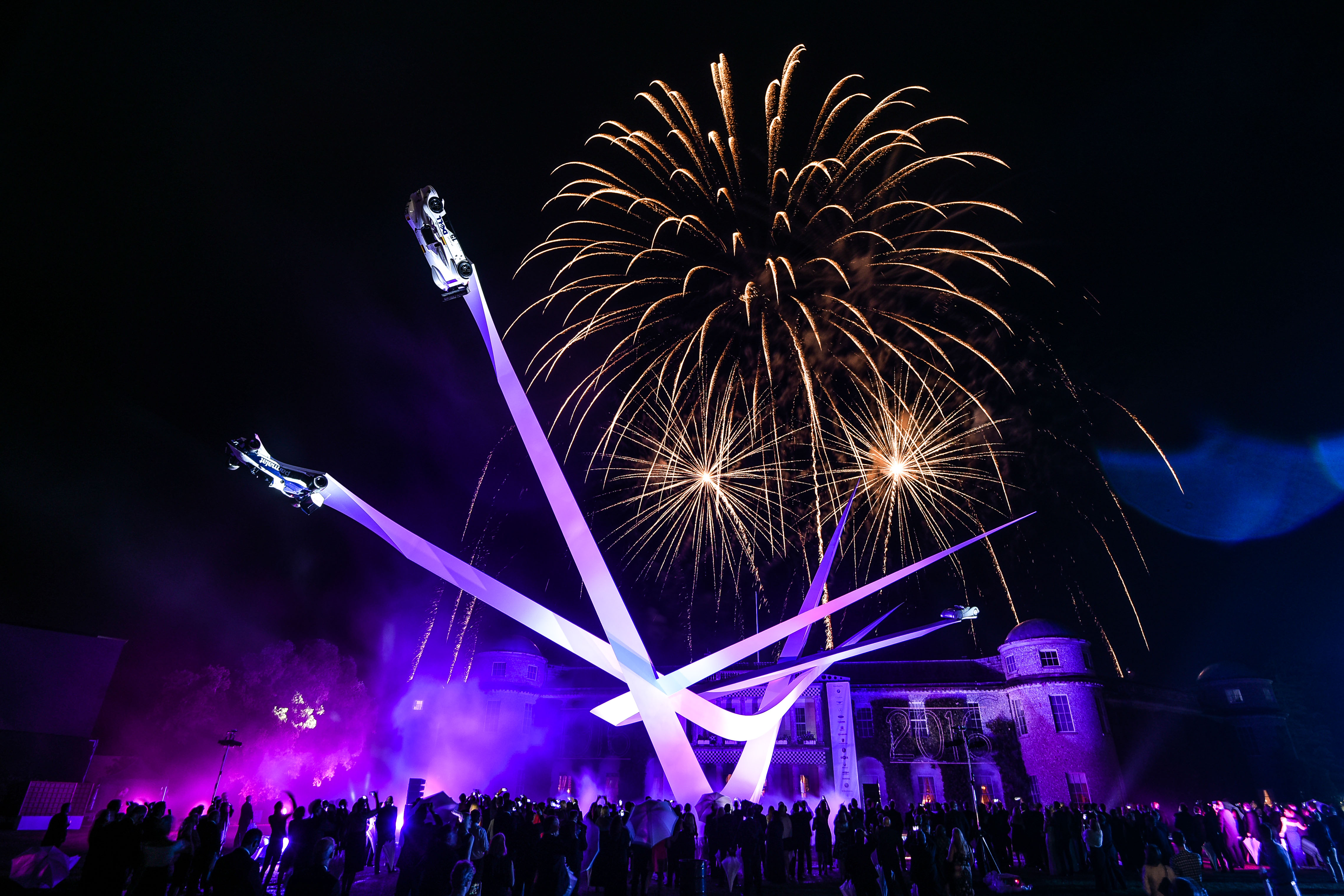