Motorola’s wireless earbuds are better than most, but still not good enough to buy

The VerveOnes+ have too many faults

Share All sharing options for: Motorola’s wireless earbuds are better than most, but still not good enough to buy

Don’t blink, because there’s another new pair of earbuds promising the dream of true wireless on the market: the Motorola VerveOnes. Debuted at Mobile World Congress and on sale this month, they start at $200, and they skip things like heart rate monitoring and fitness tracking. These buds are all about audio, and to be clear, the name is just a licensing deal, as they’re really made by a company called Binatone. I’ve been testing the $250 version — the IP57 waterproof VerveOnes+ — for the last week. While they get a few things right, the experience is still a far cry from what you’d want from truly wireless earbuds.

Let’s start with the good, because there actually is some — in the right light. In these early days of truly wireless earbuds there are two connections you have to worry about: earbud to earbud, and earbud to phone. The VerveOnes are, in both respects, the best at maintaining their wireless connection out of the handful of wireless earbuds that I’ve tried.

The earbuds sync shortly after you put them in your ears and are fairly straightforward to use. That said, every once in a while, one earbud (in my case, the right one) will drop the audio for about a second. At best it’s an occasional annoyance and at worst it’s enough to be a deal breaker, though Binatone is handling the problem better than most of the competition. Bragi, for example, had to delay production so it could build a hearing aid technology called Near Field Magnetic Induction into the Dash earbuds in order to get around using Bluetooth between buds. Earin, essentially the first to market last year, just went ahead with Bluetooth — a decision that totally marred the experience of their earbuds. Perfecting this connection is obviously not an easy task.

More importantly, I never had problems with the phone-to-earbud connection, which was the biggest problem with the Dash. I could put my phone in any pocket or out on my desk and the Bluetooth radios in the VerveOnes+ were powerful enough to keep the connection going. (Reading some of the other reviews of the VerveOnes+, though, it seems like your mileage may vary with this issue. My former colleague David Pierce ran into far more Bluetooth trouble over at Wired.)

As for the headphone basics, the VerveOnes+ sound decent — they won’t impress audiophiles, but they’re as good as the most common wired earbuds. There’s definitely enough bass for me, but I don’t crave the heavy, overpowering bass like many fans of big Beats cans. Call quality is better than the awful experience I had with the Dash, but it’s still not pleasant. And the battery life is okay, too: three to four hours between charges.

The earbuds come with a tube-shaped charging case that provides an extra two to three full charges for the earbuds. It’s small enough to fit in a pocket but it’s definitely not small — I keep finding myself yearning for smaller cases with every set of earbuds I try, Earin’s pen-sized case being the exception. The VerveOnes+ snap snugly into the case, though it takes a little while to get used to the force necessary to get them in and out.

The base model of the VerveOnes+ starts at $200, but I had the VerveOnes+, which are IP57 waterproof. That means they can be submerged in up to three feet of water for up to 30 minutes. You won’t really be able to go swimming with them — Bluetooth just doesn’t work in water, and there’s no internal storage like on the Dash — but it’s nice to know they’re protected and it makes them easier to clean.

But as I dug down deeper into the experience of using the VerveOnes+, I kept running into more problems — enough, in fact, to squash my optimism about what little good there was to be found with these earbuds.

For one, there’s the fit. I don’t consider the VerveOnes+ to be huge, but they’re a little bit bigger than the Dash, and the hardware is less polished. Because of this, they’re probably the most uncomfortable wireless earbuds I’ve tried — not so bad that I didn’t want to use them, but enough that I was always looking forward to taking them out at the end of my commute. (On the other hand, I never had to worry about killing the battery!)

We won’t put up with these problems in the future, so we shouldn’t now

Then there are the buttons. Each earbud has one, but they are very inelegant. They don’t require a ton of force to click, but that action — and the resulting sound and feeling — was an unpleasant experience in my ear. And since they’re just buttons, there’s no way to use them to control the volume of the earbuds. Instead, you can only use them to do things like play, pause, skip tracks, or activate your phone’s voice assistant.

On the software side, Binatone tried to build some interesting features like audio pass-through and an equalizer, but they are essentially only accessible through the app and only when the earbuds are snapped into the charging case. You can access the EQ settings by long pressing on the left earbud but it’s a slow, grueling process that no one is going to waste their time sitting through.

The Dash proved to me how useful audio pass-through can be with wireless earbuds — it totally solves the problem of not being able to hear someone speaking to you — but the feature is only valuable if it’s quickly accessible. On the Dash, all you have to do is swipe an earbud. On the VerveOnes+, you’d either have to always leave the pass-through on, or you’d have to take the earbuds out and put them into the charging case and then open the app. It’s an infuriating UX choice and a waste of a useful feature.

For all of their current troubles, wireless headphones, in general, are still a pretty magical experience. There’s something about that moment when you remember that you’re free from wires as you hold your phone out in front of you. The effect is doubled when you’re using tiny, truly wireless earbuds.

The VerveOnes+ do a couple things well, at least when you compare them to what’s already on the market. And if you’re dying to own wireless earbuds, these are not the worst ones you can buy. But that’s about the best thing you can say about them because, like the current competition, they’re far from perfect. They’re plagued by problems we hopefully won’t have to put up with once other big companies reshape the market by releasing their own wireless earbuds, and that’s just not good enough.

Our review of Motorola VerveOnes+ 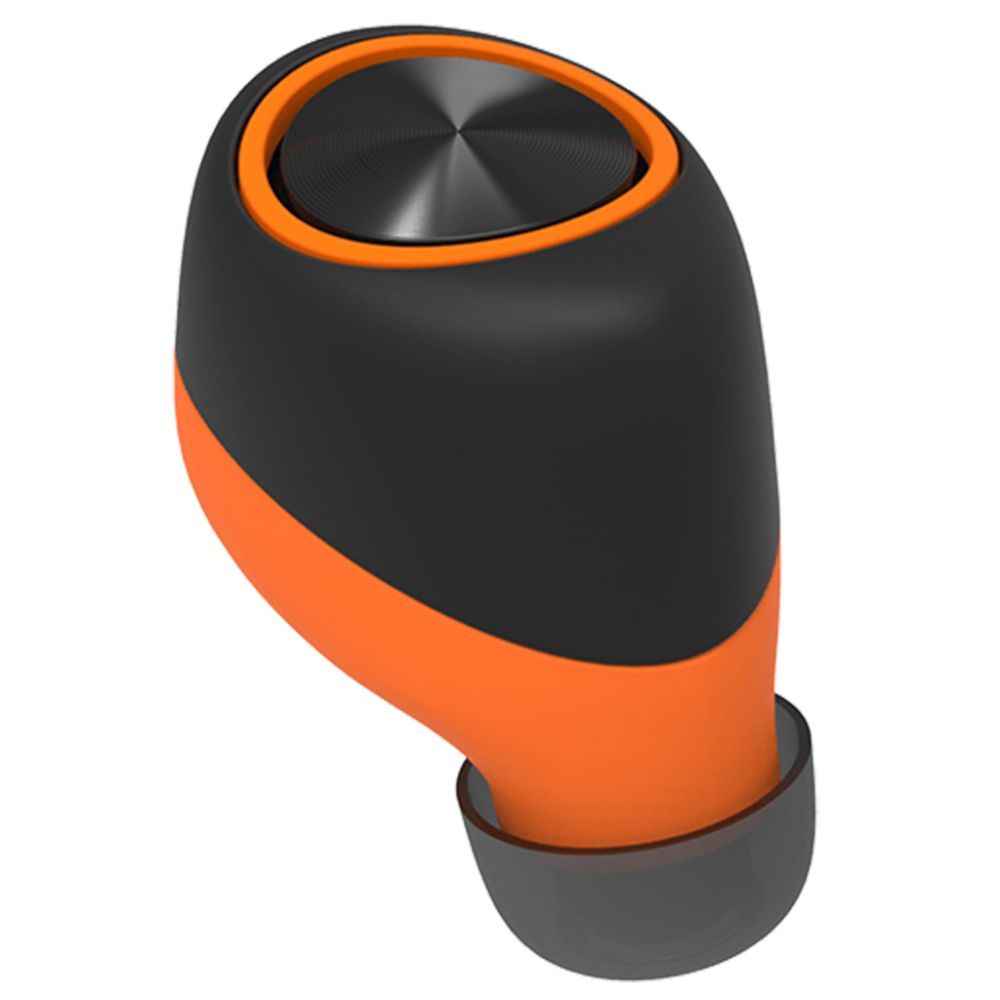