Uber is trying to make you forget that surge pricing exists

Uber is trying to make you forget that surge pricing exists

Say goodbye to the lightning bolt and hello to upfront fares

Surge pricing has long been Uber’s Achilles’ heel: during periods of excessive demand, when there are more riders than drivers, Uber increases its normal prices to encourage drivers to flood the zone. Drivers love it, often waiting to sign-on to the platform until surge pricing kicks in, but most passengers hate it and some critics equate it with price gouging.

Now, Uber is testing a new version of its app that makes surge pricing nearly invisible to customers. The lightning bolt on the home screen and pop-up box notifying riders that their fare will be multiplied are both gone. Instead, riders who input their destinations will be presented with an ironclad, upfront fare. 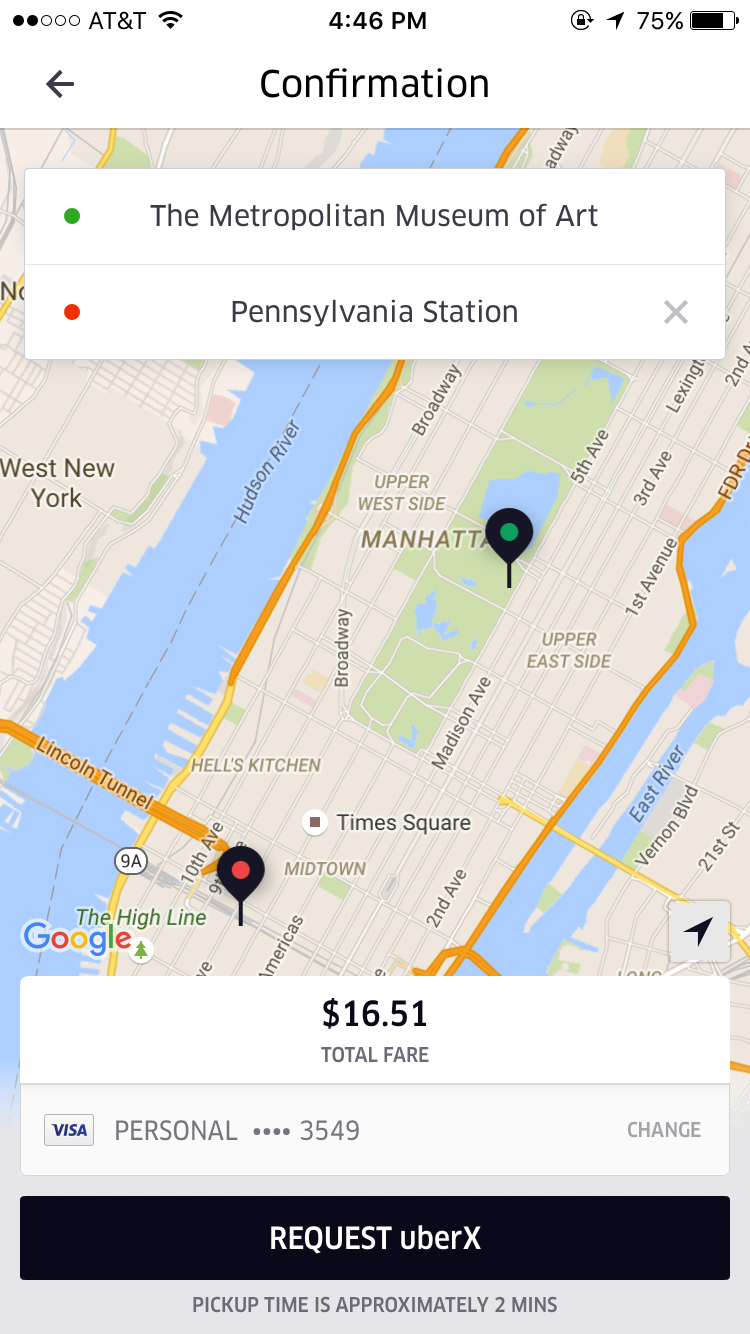 So how will riders know when surge pricing is in effect? After all, many penny-pinching riders prefer to wait until after it is over before hailing a ride. Instead of an in-your-face, blue-font-in-a-black-circle notification, the updated version of the app warns riders with a line of faint text about "increased demand" located under the fare. Other than that, surge pricing is MIA.

The theory is that riders would prefer to know how much they’ll be paying for their trip, rather than be confronted with an abstract multiplier that asks them to do some quick math in their head before deciding on whether to hail a ride. "No math," Uber says, "no surprises."

"no math, no surprises"

Uber is also assuming that surge pricing is now a permanent part of the experience of hailing a car via smartphone. But this new method of minimizing surge pricing seems in-line with Uber’s prior efforts to shift the focus away the unpopular feature. Two years ago, Uber agreed to cap surge pricing during natural disasters or local emergencies. (For example, surge pricing was capped during the mass shooting at a gay nightclub in Orlando several weeks ago.) The company even tried to rebrand it as "dynamic pricing," but almost no one calls it that.

UberPool, the company’s carpooling service, was the first to introduce upfront prices. Uber’s products division decided they liked it enough to begin rolling out to its other services, including its most popular, UberX. Starting in April, the company began testing upfront fares in six US cities — New York City, Miami, San Diego, Philadelphia, Seattle, and some parts of New Jersey; as well as five cities in India — New Delhi (where Uber was forced recently to suspend surge pricing), Kolkata, Mumbai, Hyderabad, and Chennai. In the next few months, Uber expects to roll out upfront fares — and nearly invisible surge pricing — to rest of its markets across the world.

Ordering Uber with an Amazon Echo