Mossberg: New Even earphones tune themselves to each individual’s hearing

Mossberg: New Even earphones tune themselves to each individual’s hearing

I’ve been testing one of those products that makes you slap your forehead and wonder why every other product in its category hasn’t worked this way forever. It’s a new type of wired earbuds that use built-in hardware and software to tune themselves to the unique individual hearing characteristics of every person’s ears — in fact, every person’s right and left ears separately.

Even is a set of in-ear headphones from a 2-year-old outfit called MeQ based in Tel Aviv that describes its product as "eyeglasses for the ears." Everybody understands that each pair of eyes, even each individual eye, sees differently. And, says MeQ, the same is true for ears. So it creates what it calls an "EarPrint" for each ear. The Even earphones went on sale this week for a competitive $99 a pair at the Even website, with a 30-day money back return policy.

When they work, as they did for me, you hear more detail and more subtlety in music without cranking it to very high volumes, a practice which can damage your hearing over time if you do it a lot.

One big downside: you have to charge them. But if Apple drops the standard headphone jack, as is rumored, and forces wired earbuds to the digital charging port, then powered earbuds like the Evens (if redesigned with a new connector) might just be able to draw power from the new iPhones.

The Even Earphones do their magic entirely on their own. They don’t depend on an app or on the hardware — smartphone, tablet, laptop — from which the sound originates. They work with any device with a standard audio jack, including both iOS and Android devices. All the sound calibration goes on inside the familiar-looking inline controller — you know, the thingy with the play/pause buttons and the mic that you see on almost every pair of earbuds. 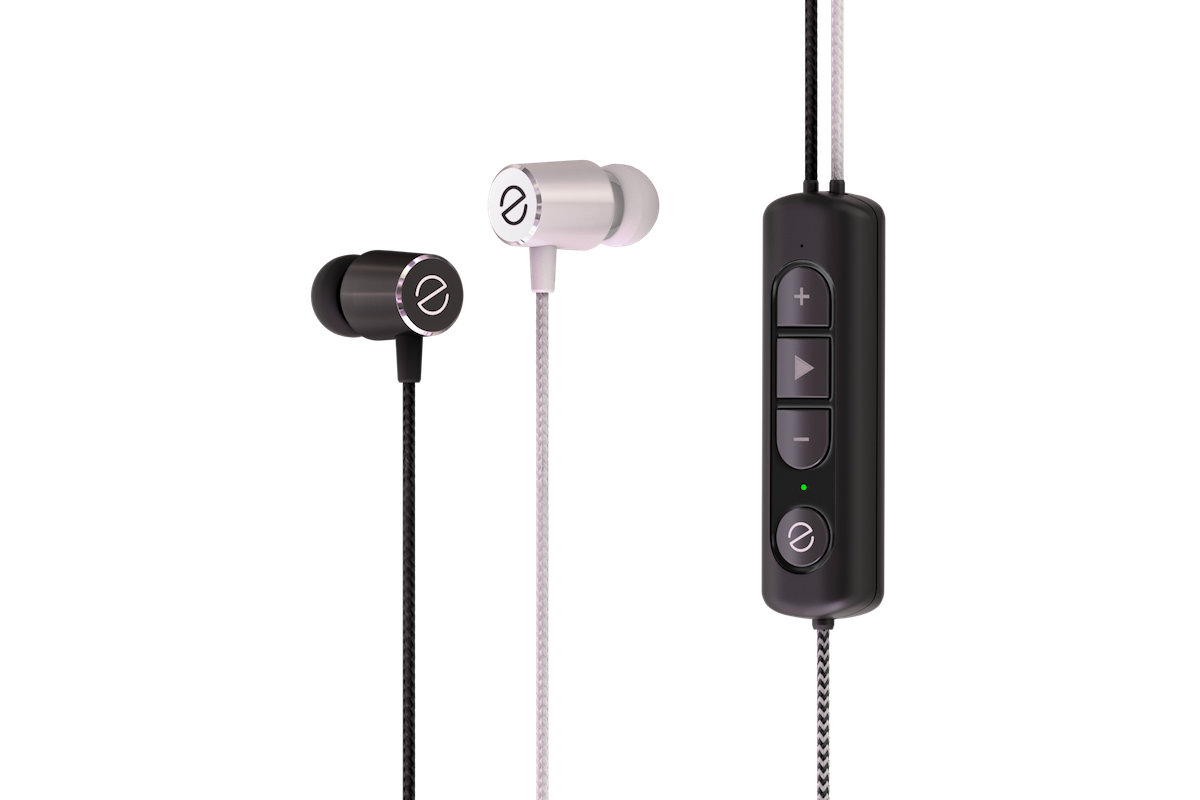 Even’s controller is larger than the ones on standard, "passive" earbuds, like the ones that typically come in the box with your phone or many third-party sets. The controller is more like the bigger ones on, say, noise-canceling earbuds. That’s because, like the latter, they are active: they are doing something to the sound using chips and software.

But I didn’t find the controller heavy, awkward, or uncomfortable. In fact, I found the Even earbuds stylish and comfortable overall, with separate black and white cords for each ear (because they are tuned separately) and a braided black-and-white cord to the device.

How does this product match its output to your individual hearing?

When you first get the Evens, and as often as you like thereafter, you create a custom "EarPrint" for each ear that's applied to incoming music or speech. To create this profile, you go through a simple two-minute frequency calibration test in which you’re asked to signal when you hear eight snippets of music for each ear. The test is done with the earbuds disconnected from your device and is conducted by an artificial assistant named Sarah, which speaks in a pleasant, non-robotic voice to tell you where you are in the test and what’s coming. I found this easy and pleasing, and did it several times. The company recommends repeating it a couple of times a year as your hearing changes over time, even when you’re young.

You can try out the test with your current earbuds or headphones on Even’s website, though they won’t become calibrated. (Scroll down till you see the moving arrow.)

It Ain’t Me, Babe

There are some things the Even earphones don’t aim to do. For instance, unlike earbuds that take great pains to custom-fit the shape of your ear, the Evens just use the usual array of three sizes of uniform rubber tips (though I found them comfortable). Unlike headphones that aim to give audiophiles control over the tone or emphasis of the music, Evens are solely concerned with optimizing it for the frequencies your ears do and don’t hear well. And, unlike some more direct competitors, Evens are self-contained and don’t depend on an app or a separate module. 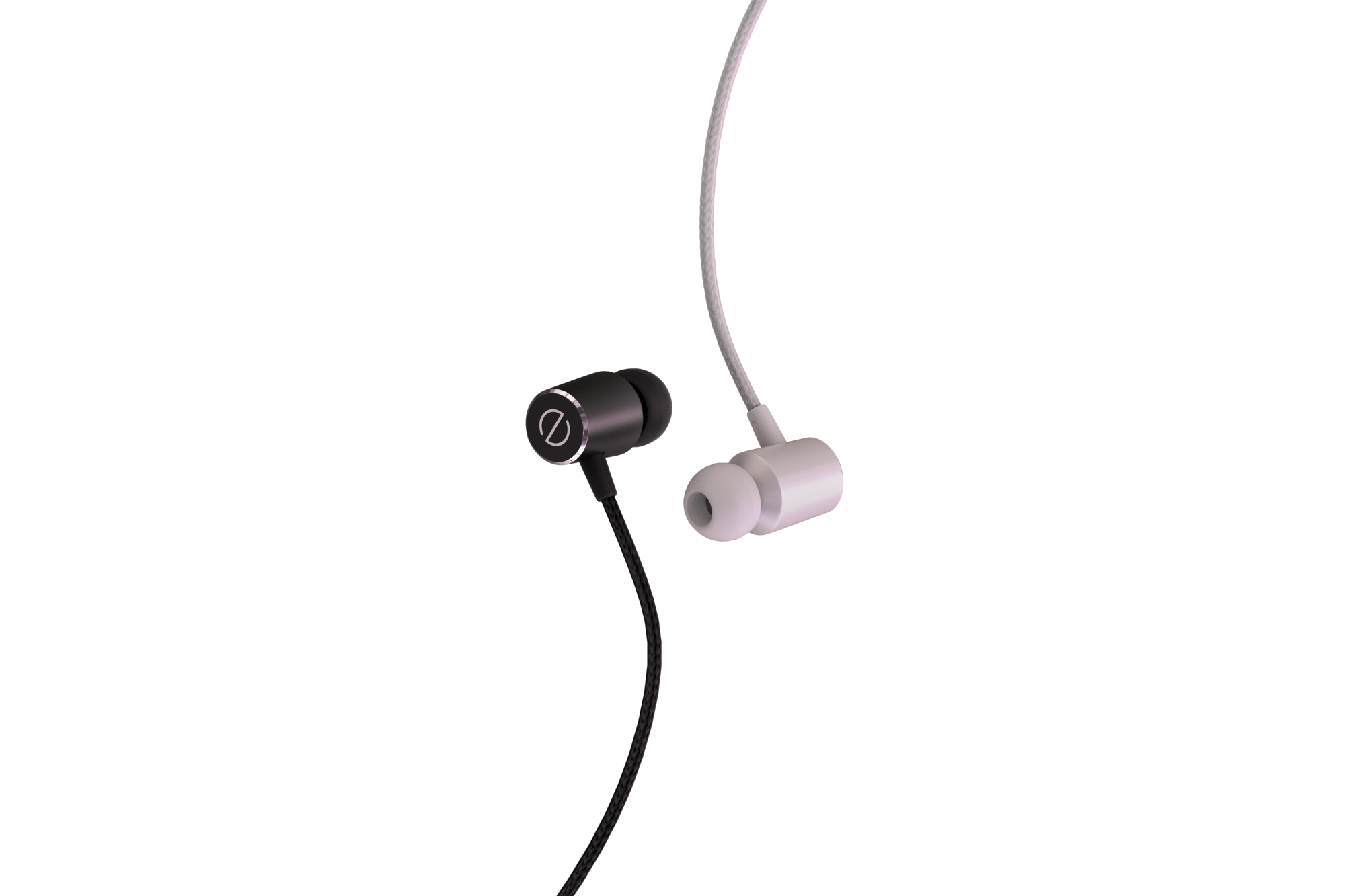 The company also takes pains to say that Even isn’t a medical device. Its CEO, Danny Aronson, a longtime sound designer, says "We are not a hearing device or a hearing aid in any way. Our only health-related observation is that users tend to lower the volume of listening after the EarPrint compensation, and lower volume is healthier for your ears."

The Even does a lot of real-time heavy audio lifting inside its controller, even after the EarPrint is calibrated. Specifically, the company says, the controller houses an analog-to-digital converter which converts the audio signal from the source to digital, passes it through proprietary algorithms based on your EarPrint (which it stores in flash memory), and then uses a digital-to-analog converter to reverse the process and send the tailored sound to your ears.

For my tests of the Even Earbuds, I first used an iPhone 6S. I tested against standard $29 Apple EarPods and $100 Beats urBeats in-ear earbuds. I used a variety of music I liked, ranging from pop tunes like Paul Simon’s "You Can Call Me Al," to ballads like Adele’s "Hello," to much louder, harder-rock tunes like "Jump" by Van Halen and "Layla" (the electric version) by Derek & the Dominos. I also listened to some orchestral music, like Appalachian Spring by Aaron Copland.

Even earbuds sound better, but not dramatically better

In every single case, I found I was able to hear things — a guitar chord change, a drumbeat, a horn, a vocal tic — more distinctly at about 70% of my usual volume. When I switched to the standard earbuds, I had to crank the volume up considerably to get similar satisfaction from the music. I then did tests on a Samsung Galaxy S7, using different songs and Samsung-brand plain earbuds, with the same result.

It’s important to note that my results were not dramatic. They weren’t like getting a really awesome new glasses prescription that makes everything better. They were more like getting moved up a step or two on your glasses. I could clearly tell the difference, but it didn’t rock my world. Your experience will very likely vary. You may notice no difference at all, or a more dramatic one.

The biggest downside of the Even earphones is that, while they still have cords, you have to charge them as if they were wireless. The company claims a battery life of 9 hours. And, while I didn’t do a formal battery test, they seemed to last only a bit shy of that. Still, charging yet another gadget is a pain.

The bad news for Even is that it’s coming out with 3.5mm earbuds just when Apple is rumored to be thinking of dropping the 3.5mm audio jack in its next iPhone — and two Android phone makers have already done so in favor of USB-C audio output. Not everyone likes this.

The silver lining is that the active, power-dependent Even earbuds, unlike most others, may actually benefit from the change. The company could make a model which connects to Apple’s Lightning port (or potentially a USB-C port) and draw power, thus avoiding or greatly limiting the need to charge the buds. It could also make one for a USB-C port used by any Android phone which make the change and adopts that port.

The company says it isn’t privy to Apple’s plans, but it’s already considering doing a Lightning version and a wireless version, if Cupertino does the deed. But it wasn’t risky for the small company to start with the standard audio jack, given the ginormous installed base of devices that use it, and the uncertainty of Apple’s plans.

I found the Even earphones worked as advertised, and, at $99, they are in the range of similar competitors. If they allow you to play music at lower volumes, and/or distinguish more features in songs, that’s great. But buying them is a risk because their impact on your particular hearing might not be dramatic. And then there’s that need to charge them.

So, if you’re worried about your hearing, or just like the idea, give them a try. But be prepared to return them if it they don’t make a big enough change for you. Or maybe wait to see what Apple does with the next iPhone — the way we think of headphones entirely might be about to change.