What's better than a webcam dedicated to the world’s longest burning lightbulb? Its website

What's better than a webcam dedicated to the world’s longest burning lightbulb? Its website

Facebook re-popularized the live stream this year year with Facebook Live, a streaming video service that allows media companies and marketing teams to grovel for your attention in real time. Of course, the mindless live stream isn’t new. Live footage of meaningless events has been part of the internet long before Mark Zuckerberg had the idea to create an intra-college hook-up tool.

In the AOL days, the internet was stocked with zoo cams, pet cams, and sex cams. Exhibitionists, artist, and futurists abandoned their privacy, installing live cameras throughout their house. It was quite exciting. But I personally cherished the dull live streams, capturing the continued existence of an inanimate object. In terms of profound dullness, I thought nothing would surpass the relatively new feed of Iceland’s last McDonald’s hamburger. I was wrong.

An unremarkable building in a small California town is home to the centennial light bulb. Lit in 1901, the bulb has dimmed with time but never gone out. At 115 years of illumination, the centennial bulb has the unusual honor of being the longest-lasting bulb known in existence. The bulb appeared to die a few years back, but worry not, it was just a power error. The light’s superlative status was confirmed years ago by both the suspect, Ripley’s Believe It or Not, and the official, General Electric, alike.

And yes, thanks to the internet, you won’t even have to make vacation plans for the Bay Area to see it. The centennial light is monitored and maintained by the Livemore-Pleasanton Fire Department’s "Bulb Cam."

The website is delicious camp, pimpled with GeoCities-era animated GIFs and dead images, a Hotmail contact address and a Guest Book. And then there’s the timeline. 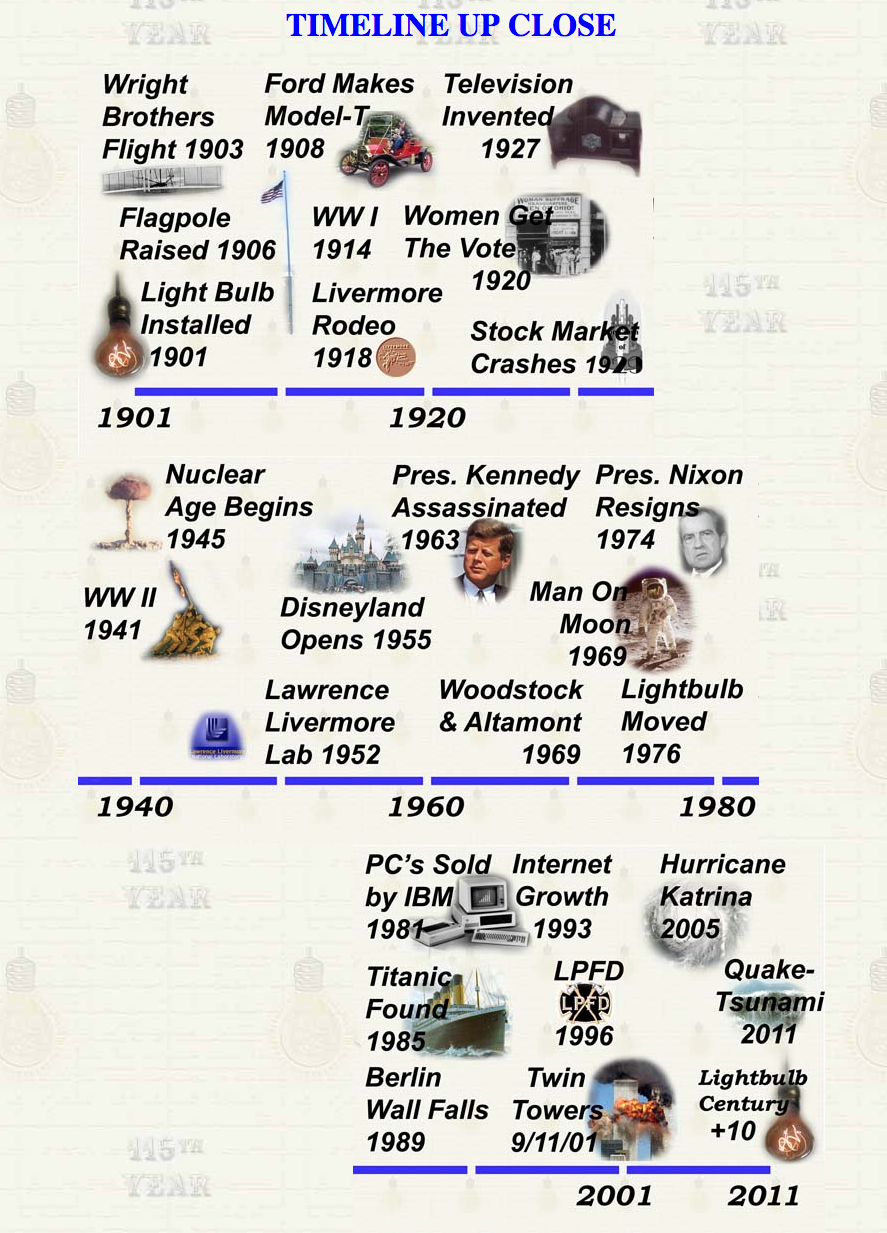 While we’ve been giving the Space Jam website love for its refusal to change or simply cease to exist, the centennial light’s website has been neglected of the respect and fandom it deserves. Like the bulb it celebrates, this is a site from a different era. May it light the way through the internet’s fickle trends for centuries to come.