When McLaren inaugurated its present range of roadgoing supercars with the MP4-12C in 2010, it presented that car as the ultimate expression of form following function. Designed entirely for performance, the 12C was shaped by the wind tunnel and McLaren was proud of that fact. I’m here to state the obvious by denouncing that extremist approach to design as wrongheaded, and the car reminding me of that fact is the 1939 BMW 328 Mille Miglia Touring Coupé that I saw at Goodwood last week.

Make no mistake about it, the 328 was a performance beast in its time — this car’s name comes from it having won the Mille Miglia endurance race in Italy in 1940 — but it also had some stylistic flair. If you removed the BMW badge, you’d think it was designed by one of the famed Italian marques — what with its uninterrupted full-body curves and leather-strapped hood — and that's no accident, given the involvement of Milan's Carrozzeria Touring Superleggera. But more significant to us today is what the BMW 328 represents as design heritage. What was once a body optimized for speed is today deficient in that category — narrow wheels, big lumpy headlights that disrupt aerodynamics — but has grown into a gorgeous exhibit of a more humane time in car design. The 328 had personality. I couldn’t find anyone casting eyes upon this classic car that wasn't charmed by its organic, naturally flowing shape.

The 328 had personality, which many modern cars lack

The more powerful engines of today and our better understanding of how to harness their power efficiently have led us away from the 328’s form. Cars are now wider and squatter, and even the traditionalist Porsche has flattened its headlights to make them more streamlined. I understand — and usually advocate — aesthetic sacrifices in favor of better performance, but my time at the Goodwood Festival of Speed showed me something we are all missing. The classic cars of last century are all so much more diverse and unique than the stuff we have today. A walk through the Geneva Motor Show is essentially a tour of various international iterations on the same concept; everyone is solving roughly the same problem in roughly the same way. 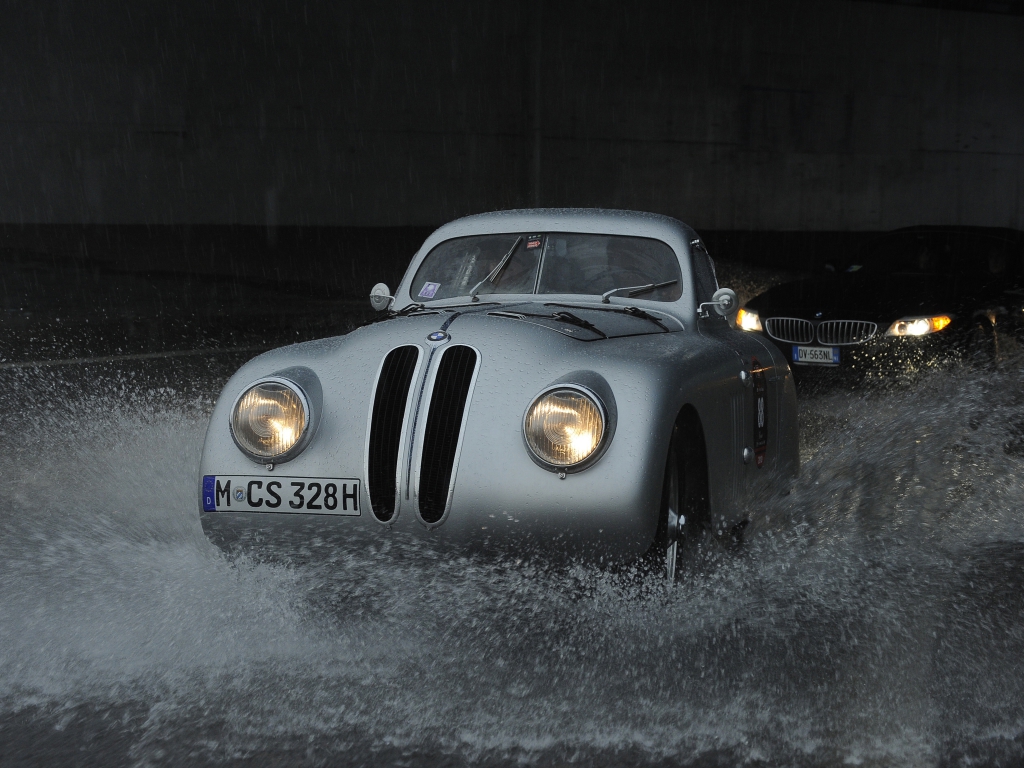 What I wish car designers would remember is the time of fewer preconceptions and fewer functional constraints. I’m not arguing for less road safety, but there are ways to humanize modern cars — as McLaren showed when it followed its coldly calculated 12C with cars that now evoke the company’s swooping logo in the shape of their headlights. BMW’s Mini and VW’s Beetle also offer us modern interpretations of older forms. Sure, there’s authenticity in designing for function, but there’s warmth and humanity in also acknowledging that the way a car looks matters in its own right.

Aesthetics, contrary to modern myth, are not a frivolity or indulgence. We love and celebrate the Lamborghini Miura in large part because of its timeless beauty. Lamborghini now has an Aventador paint job dedicated as an homage to the Miura, and in 2006 BMW built a concept reimagining its classic 328 Mille Miglia Touring Coupé for the modern age. It’s no accident that the cars we remember look memorable.

Selfishly, I’d like to see the car equivalent of the rangefinder revival among mirrorless cameras. There’s little functional reason why Olympus’ cameras must all look like its classic models of the 1960s — unless you count being lovable as a function.